Spain and Switzerland led five European teams to the podium in the second weekend of Volleyball World Beach Pro Tour Futures events in the continent with Paula Soria and Sofía González triumphing in front of their home fans in Madrid and Quentin Métral and Yves Haussener taking gold for a second-straight week in Rhodes, Greece. 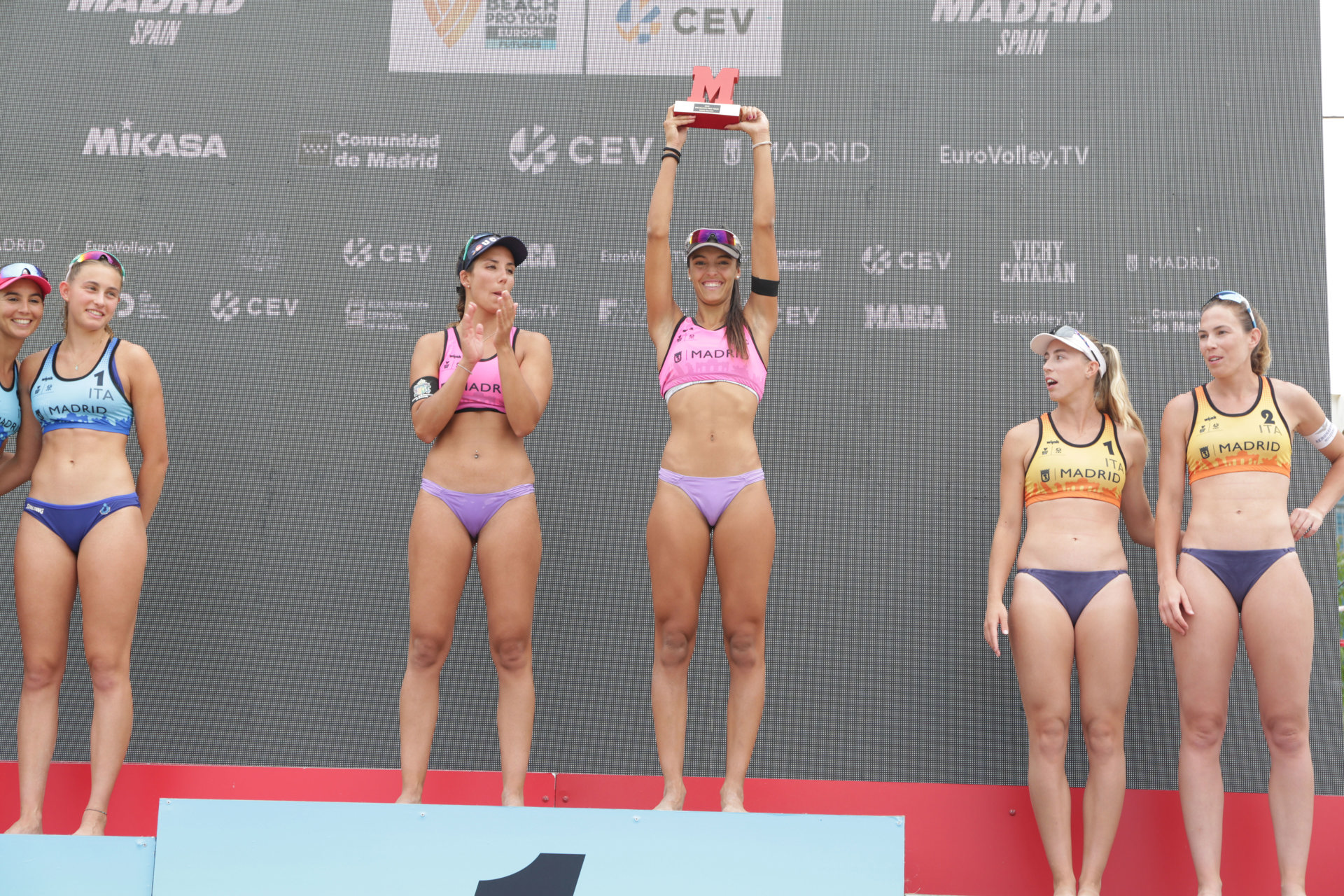 In Madrid, the home crowd got to celebrate a victory of a Spanish team after seeing veterans Pablo Herrera and Adrián Gavira having to settle for silver last week in the men’s event, which also took place at the Puerta de Hierro Beach Volleyball centre.

The top-seeded Soria, 29, and González, 20, met second-seeded Marta Menegatti, a three-time Olympian, and partner Valentina Gottardi in the final and topped the Italians in straight sets (21-19, 21-14) to claim the title.

“I’d like to thank the fans who came here to support us this week. We spend most of the year competing overseas and to get that kind of support when we get the opportunity of playing at home is really amazing. It gives us some extra energy to keep fighting.”

It was the second title won by Soria in Madrid as the experienced defender also stepped at the top of the podium in the Spanish capital last September, when then-partner Maria Carro and her triumphed in the FIVB World Tour one-star event held in the city.

The bronze medal match in Madrid reunited two duos formed by sisters and the Italians Viktoria and Reka Orsi Toth prevailed over the Austrians Dorina and Ronja Klinger in two sets (21-18, 21-17) to win their first medal as partners and complete the all-European podium.

In Rhodes, Métral and Haussener stood at the top of the podium for a second-straight week and lifted the trophy at the Kallipateira Beach Volleyball Centre, repeating what they had done one week earlier in Madrid. Teams from the United States, Switzerland and Finland stand at the podium in Rhodes

The Swiss were strong at the end and prevailed in a three-set (21-18, 18-21, 15-10) battle against Americans Logan Webber and Miles Evans to keep their momentum going.

“I have no words to describe how I feel right now. We still can’t measure what we have accomplished in the last two weeks. Winning two consecutive gold medals gives us a lot of motivation and confidence for the remainder of the season.”

Finnish Jyrki Nurminen and Santeri Siren finished third and completed the podium after they defeated Polish Jakub Szalankiewicz and Mateus Florczyk in the two-set (21-11, 21-15) bronze medal match on the Greek island.

Next week, the Beach Pro Tour Futures events in Europe will head to Italy with the coastal city of Cervia hosting a double-gender tournament from Thursday to Sunday.