The upcoming season is going to be a truly historic one for Aluron CMC Warta ZAWIERCIE. After claiming a PlusLiga medal for the very first time this past May, this coming fall the Polish club will be making their debut in the elite CEV Champions League. 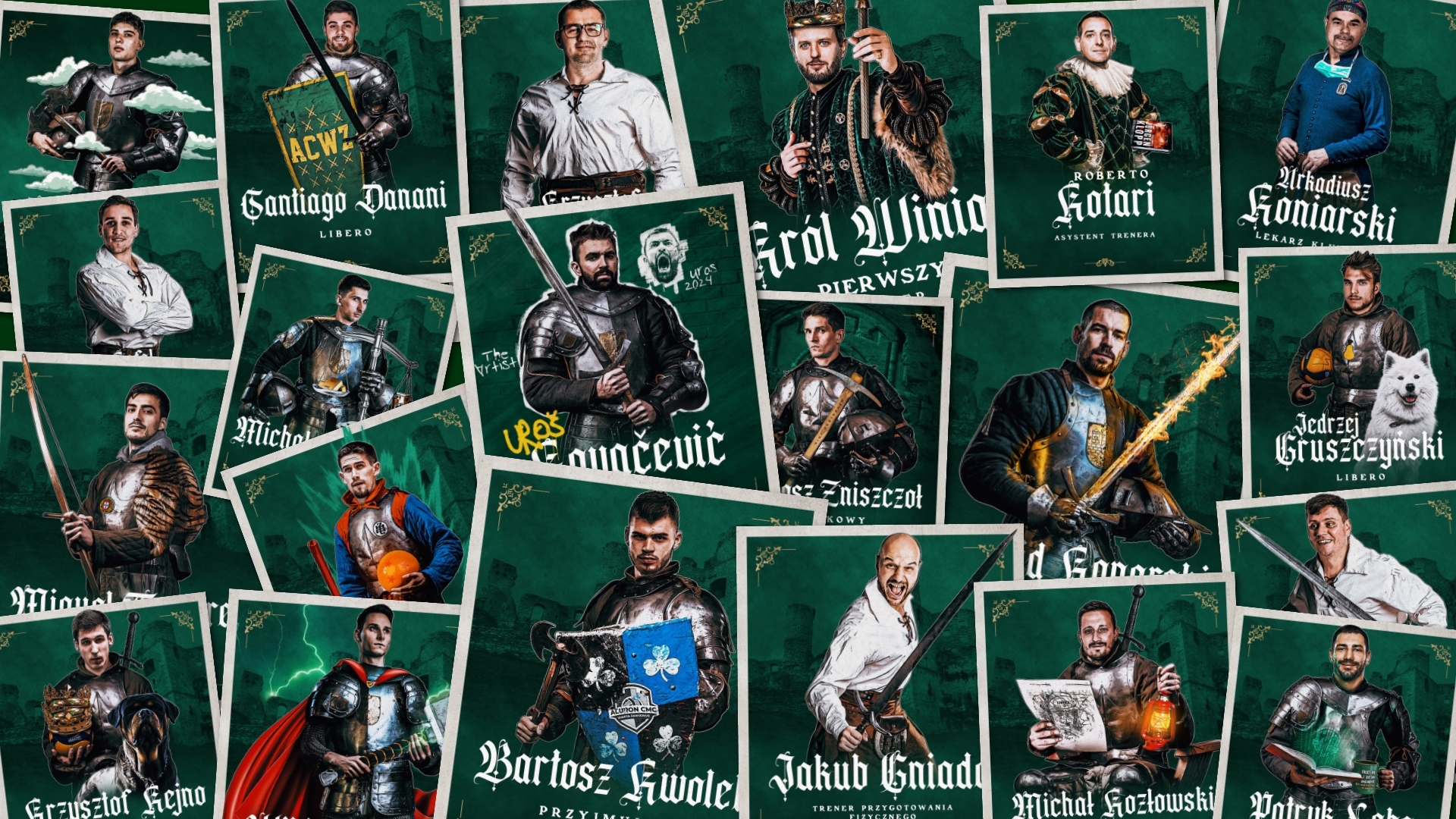 The next goal was to strengthen the team. Another 2018 world champion, Bartosz Kwolek, signed with Aluron CMC as well as Santiago Danani, a Tokyo 2020 bronze medallist with Argentina, recently both best digger and best receiver of the preliminary phase of the Volleyball Nations League (VNL) 2022. Moreover, the ‘Yellow-and-Greens’ have transferred two CEV Champions League winners from Grupa Azoty Zaksa KEDZIERZYN-KOZLE, namely Krzysztof Rejno and Michał Kozłowski.

Rejno already played in Zawiercie in the 2018-2019 season, together with Marcin Waliński who is another player who returns to the team after a break. Dawid Dulski, a bronze medallist from the 2021 FIVB U21 World Championship and 2022 CEV U22 European Championship comes back from loan to AZS AGH KRAKOW where he was one of the best scorers of the Polish second division. Danani will compete for a place in the starting line-up as libero with Jędrzej Gruszczyński, a 2019 VNL bronze medallist. Patryk Łaba completes the roster as one of the four outside hitters next to Kovačević, Kwolek and Waliński.

With Igor Kolaković retaking the reins of the Serbian men’s national team, Michał Winiarski, captain of the 2014 world champions and the most promising Polish coach, who started his international career with Team Germany this summer, will be at the helm of Aluron CMC. He brought his assistant Roberto Rotari from his previous stint at Trefl GDANSK. The rest of the coaching and medical staff remains the same.

“I am very glad that we managed to build a very wide roster and I am grateful to the club president. We are going to play many games. Apart from the fact that the league will be featuring 16 teams, we also have the CEV Champions League and the Polish Cup. I think each of the players will have their chances this season."

The first league game against PGE Skra BELCHATOW is due to take place on October 1 and the preparation period will start exactly two months earlier. In the first days, players will undergo a series of medical and physical tests and they will train once a day. The intensity will increase from the second week. In the initial phase, Rotari will be in charge of the team while Winiarski will join immediately after the last game of Germany at the FIVB World Championship in Poland and Slovenia.

On August 11-14, Aluron CMC will take part in the PreZero Grand Prix PLS in Krakow, the third edition of a 4v4 Beach Volleyball tournament for PlusLiga teams, and after that will focus fully on preparations for the indoor season. Test matches will begin a month before the start of the league with the Góral Cup Beskidy tournament in Bielsko-Biała (2-3 September) in which LUK LUBLIN and GKS KATOWICE will take part next to hosting PlusLiga newcomers BBTS. A week later, the Jurassic Knights will play twice against GKS (first game in Katowice, second in Zawiercie). On September 15 and 16, the team will play with Grupa Azoty Zaksa KEDZIERZYN-KOZLE, this time first at home and a day later away. The final touch will be the participation in the XVII Agrobex Memorial Arkadiusz Gołaś, which will take place on September 24 and 25. The other participants are Zaksa, BERLIN Recycling Volleys and Barkom Kazhany LVIV.

“I am very happy that the season is coming closer and closer. We are starting preparations at the beginning of August. The first week will be introductory, the team will have one training a day, and we will also go through all the tests to get into the second week in full swing. From then on, we will have eight full weeks of preparation. As usual, we will focus on strength and conditioning in the first period. We will start test matches from early September and we will play every weekend.”