The first stage - preliminary round - of the men's tournament at Tokyo 2020 was concluded on Sunday at the magnificent Ariake Arena. European teams completed it with full success, as all four progressed to quarterfinals, although it was only France to book their spot on the last day - losing 3-2 against Brazil; as Poland, Italy and ROC secured their tickets already two days earlier, and on Sunday they all closed the pool phase with straight-set victories. Poland triumphed in Pool A, ahead of Rio 2016 silver medallists Italy, Japan and Canada, once ROC won in Pool B being followed by the reigning Olympic champions - Brazil, Argentina (after eliminating Rio 2016 bronze medallists - USA) and France. One of the quarterfinals will be all-European clash as Poland and France lock horns fighting for a place among the last four. ROC face Canada, Italy take on Argentina, in the only non-European fixture Brazil will play with Japan. The opening game of Day 5 was an astonishing show of Poland, who were extremely determined to finish the preliminary round in first place in their pool. Vital Heynen's squad showed unbelievable level in the first and third set, struggling a bit in the middle of the game. But still they totally outclassed their rivals completely dominating in all the components: 42 to 30 in attack and 13-4 in blocks. Brtosz Kurek scored match-high 17 points, but Wilfredo Leon was on fire again with one mark less and 5 powerful aces! As the winners of Pool A they are going to face the 4th team from Pool B - France in the quarterfinals on Tuesday.

"We put a lot of pressure on Canada from the beginning. We served very well, everyone knew what he had to do. In the second set they risked more, they served more difficulty, but even if we were 15-18 down, we managed to win. It was expected that game by game our team would play better and better. I hope that the best games are still ahead of us. We looked very well physically and it was visible on the court. All players felt confident and it's how we should feel ahead of the quarterfinals." 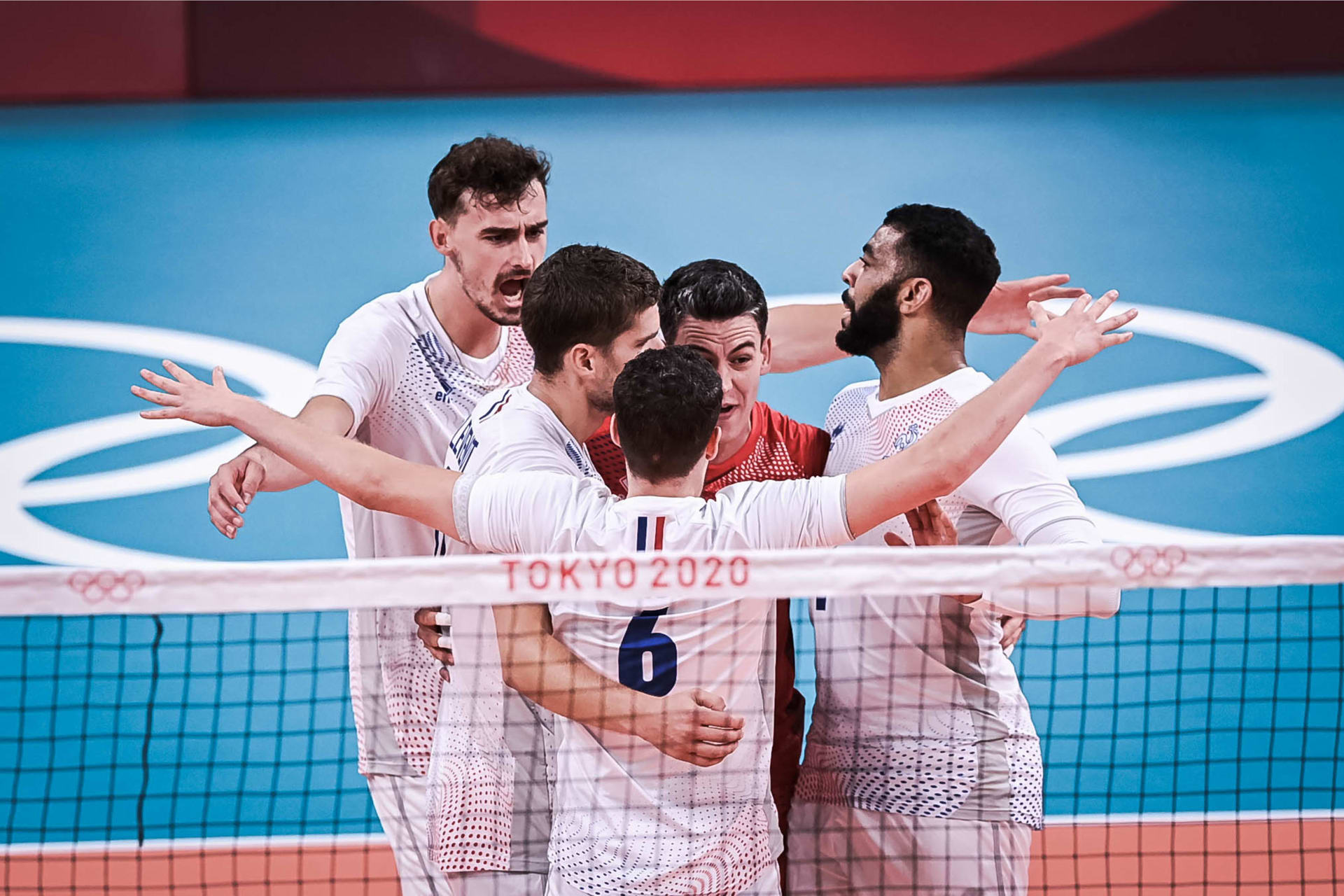 France had a bumpy ride in the pool stage, but they are in the quarterfinals (Phot by Volleyball World)

France, the only European team that entered the court on Sunday without a secured spot in quarterfinals, had their fate in their hands. And they went all in, delivering with Brazil a game to remember! Producing the match on cosmic level, they played the second longest set ever at the Olympics closing the second part - won by France - 39-37 after 51 minutes of play (at Sydney 2000 there was 40-38 in the game between Italy and Argentina). Also the tie-break was extremely intense, France were 9-12 down, but they came back to have the first match points, which they didn't manage to use. Eventually Brazil closed the fifth 27-minute-long (!) part. But this one point from this match was worth the spot in the quarterfinals for France as they secured the fourth place in Pool B. Earvin Ngapeth was the main bombardier of France with match-high 29 points, Jean Patry contributed with 22. A spot in quarterfinals is already a historic achievement for France, as in their 5th Olympic appearance they reached the last eight for the first time since their debut at Seoul 1988!

"We're super happy to qualify for the quarterfinals. We would prefer to win this match to have a more approachable rival, but we're not afraid of anyone! Now it's just a bonus, our goal was to progress from this group. The quarterfinal with Poland will only be fun. The 2nd set? Physically, it was hard. We didn't have much rest after Russia. We went for this set with hearts and guts, we made them doubt themselves. We know how to play with these teams, in the quarterfinals we also have to do it"

Earvin Ngapeth
outside hitter of France [by ffvb.org] In their last pool game, ROC faced winless Tunisia. Playing to clinch the first place in the pool, London 2012 champions showed no mercy totally controlling the game. Maxim Mikhaylov was match best scorer after tallying 15 points, including 12 kills (52,63% of efficiency in attack). As the winners of Pool B, they are going to face the 4th team from Pool A - Canada.

"We took the first place in the group and it's very cool. But it's a nice result that doesn't mean anything in the quarterfinals. Therefore, it is necessary to prepare, evaluate and improve the game: decide how to act in attack and defense." 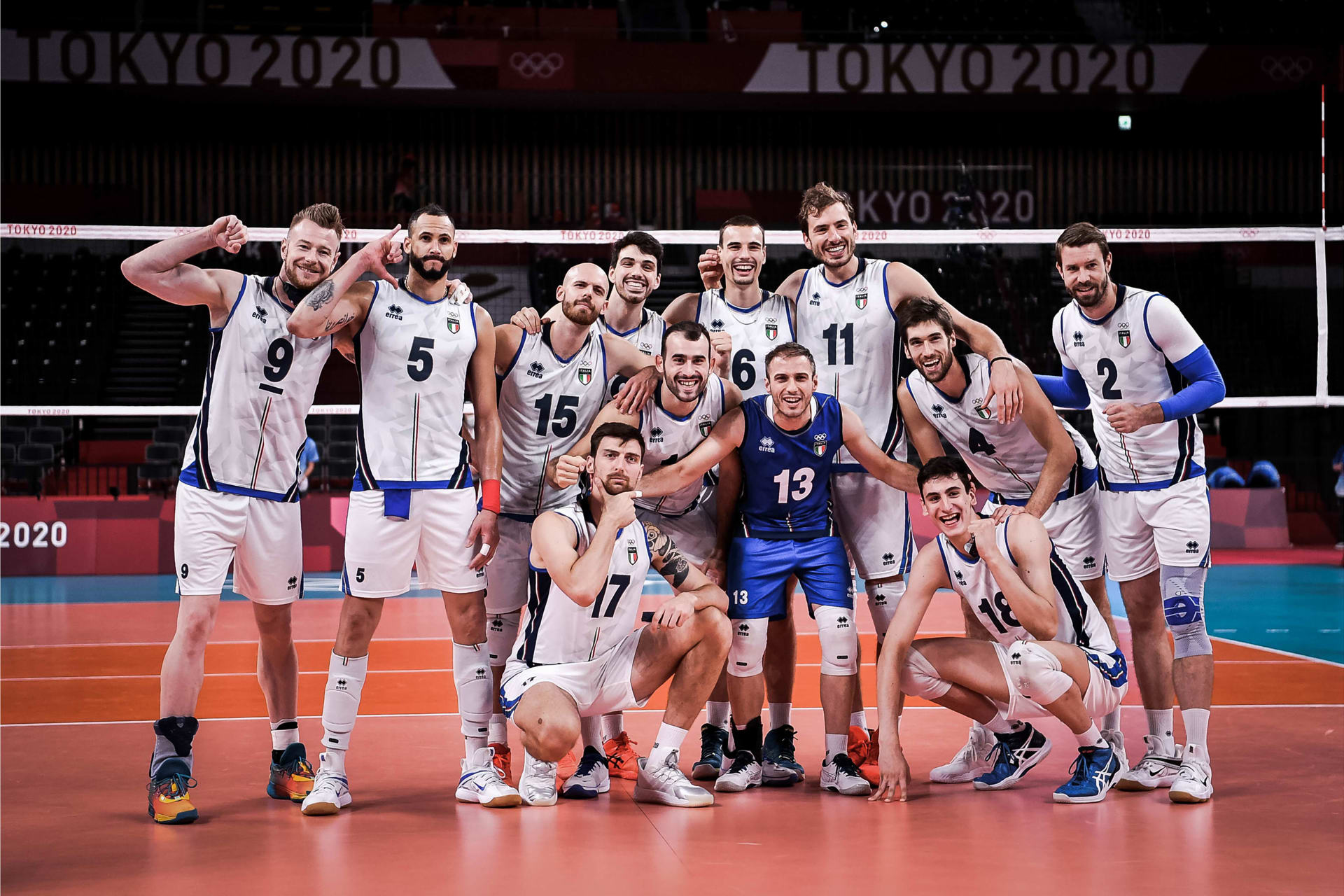 Rio 2016 silver medallists were aware that they had no chance to win the pool, following the result of Poland's match, but they were no less motivated to sweep one more victory. Winless Venezuela had no bigger chance in this clash. Italy dominated in all the skills, ending the game after 80 minutes of play. Osmany Juantorena once again was unstoppable and with 17 points he topped the scorers' chart, being followed by Matteo Piano with 11 marks.

"All the games at the Olympics are difficult, but even today we fought well. In every match we have always given our best and this is the right attitude. We await the outcome of the draw, but we already know that a great opponent will be waiting for us."