The fifth leg of the CEV Volleyball European Silver League 2022 - Men produceed two exciting fixtures on Wednesday's night. Currently, ranked 2nd in Pool B, Albania proved better than still winless Bosnia and Herzegovina. Once North Macedonia caused a big sensation ending the winning streak of Romania, who suffered their first defeat in this campaign, but still keeps the leader position in the standings. 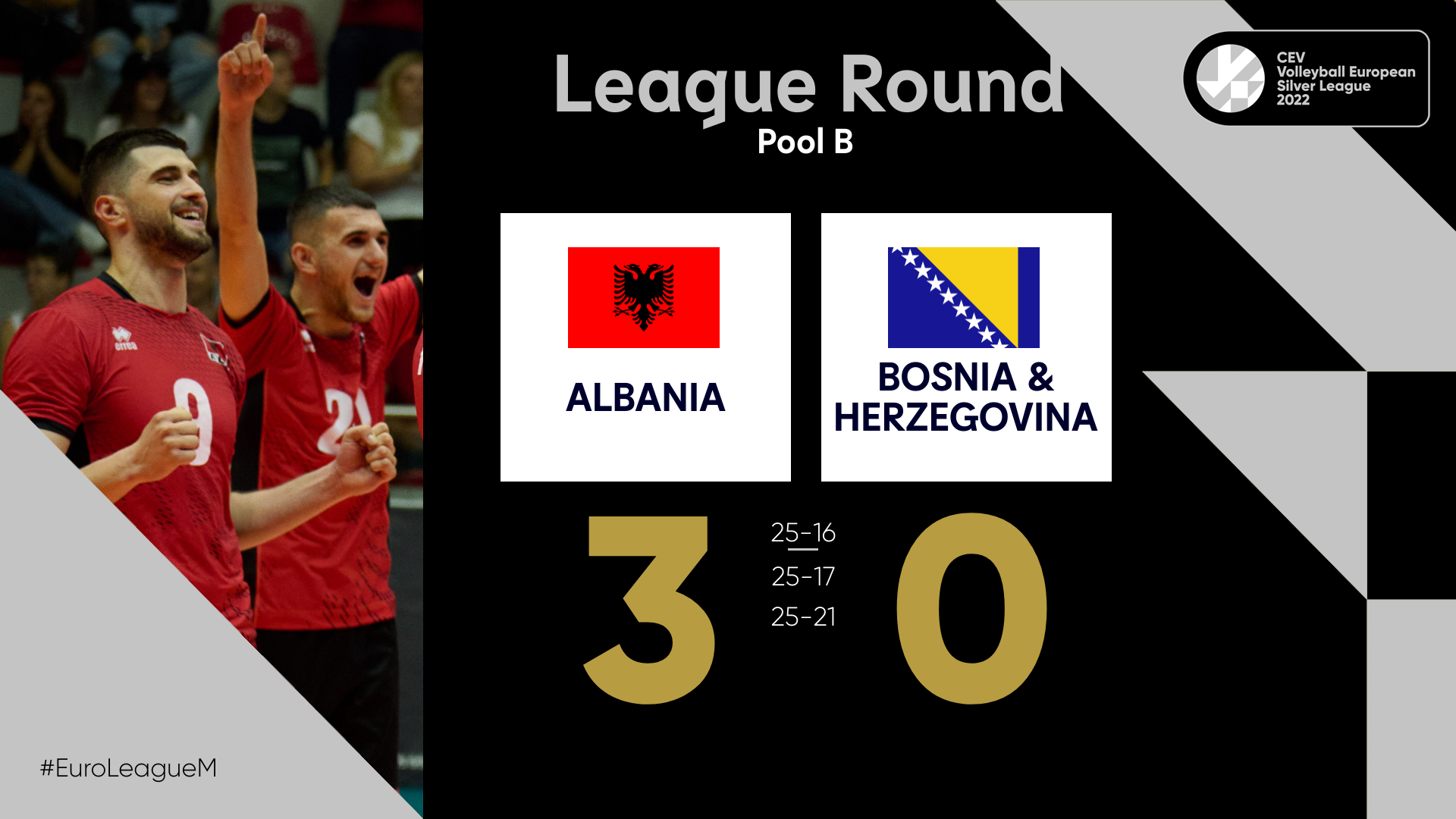 The match-up at Tirana Olimpik Park Feti Borova Hall started better for the visiting team from Bosnia and Herzegovina (8-4) who still seek their chance to grab the first win in the competition. But the hosts, who also benefited from the mistakes of their rivals (13 errors in the opener), turned it into their favour. The Albania's team, led by unstoppable Anton Qafarena (17 points tallied in that match) kept on improving in all components. Qafarena and Juli Cela impressed with their block skills, recording four stuffs apiece. And although Bosnia and Herzegovina tried hard, they were not able to stop Albania on their way to the third win. 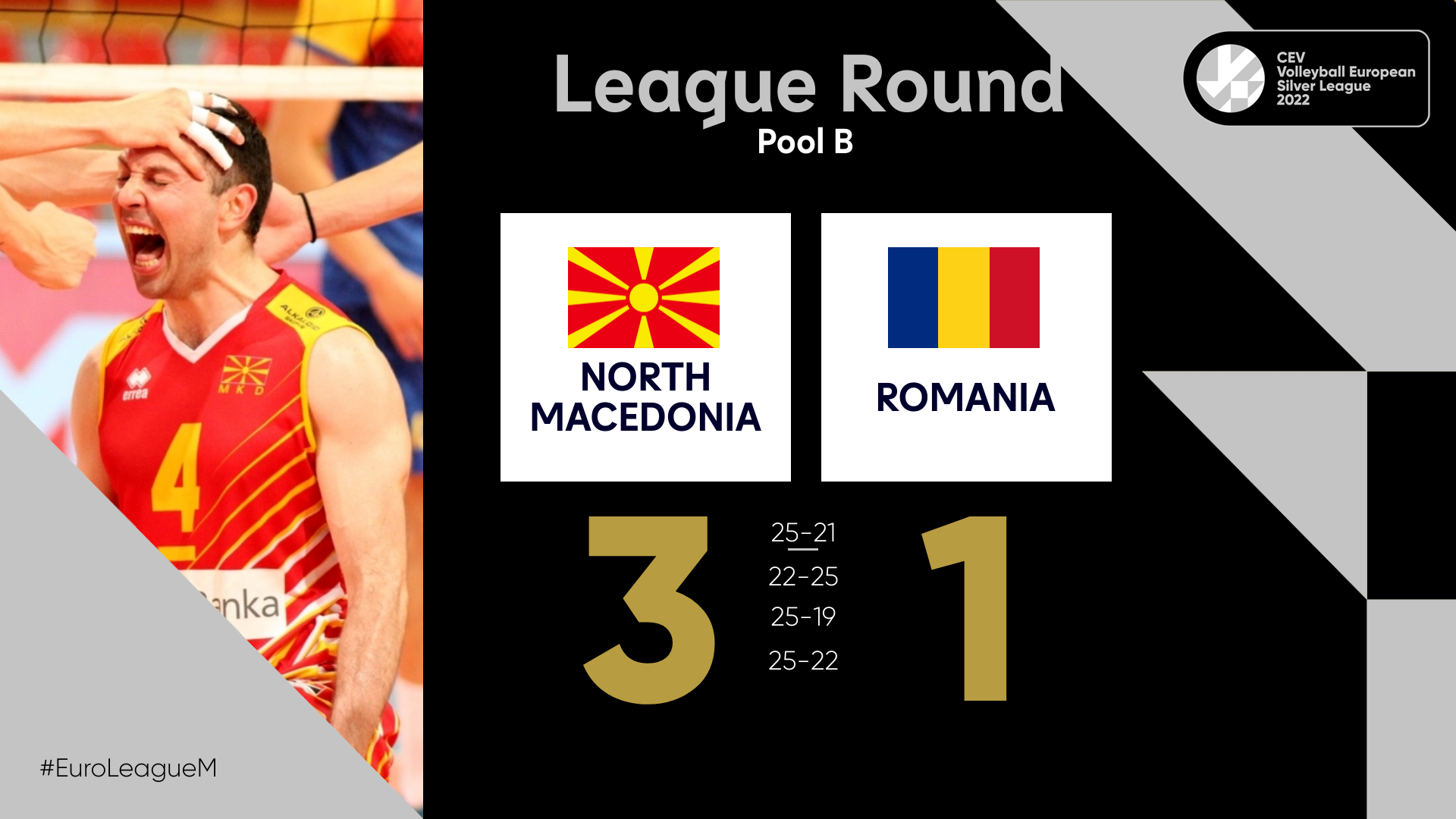 From the first whistle at Boris Trajkovski Hall in Skopje, it was obvious that the game between North Macedonia and Romania would be a big battle. The teams fought extremely hard for every ball, and the result was changing back and forth. The hosts prevailed in the opener, but Romania bounced back in the second set. A charismatic captain of the home team, Nikola Gjorgiev was a true leader, not only delivering the highest number of points (however, he topped the scorers chart with 25 points - 7 more than the best scorer of Romania - Alexandru Rata), but also motivating the team in tough moments. Once Filip Savovski amazed with his performance on block - scoring only in this skill six points. Also, this element made the biggest difference in the match (13-8), next to own errors (Romania committed 31 mistakes, North Macedonia 25). With great team efforts, they managed to make up a three-point gap in the 4th set to prove better in the decisive part of the set and celebrate with the home crowd their second win in this campaign.

In the sixth - decisive - leg, Bosnia and Herzegovina will take on North Macedonia on Saturday and Romania will face Albania on Sunday. These games will determine two teams who progress to the semi-finals.