After completion of the CEV Beach Volleyball Continental Cup on Sunday, Beachvolleyball Baden presented by SPORT.LAND.NÖ continues later this week with the 2021 edition of #EuroBeachVolleyU22. The home teams representing Austria regard themselves as outsiders in the quest for a medal.

“Hammarberg is the local hero from Wiener Neustadt and our great hope for the future. Not only because he is 2.03 m tall, but because he is able to compete even with much older opponents even though he is only 16 years old,” Nowotny analyses. “Theo Reiter, the former partner of Laurenz Leitner, is a defence player and with his experience, he should guide his younger partner throughout the competition. Ben Stockhammer and Jakob Kitzinger are last year’s U19 national champions. The aim for them is to make it through the group stage and gain experience. Kitzinger is the second libero of SK Zadruga AICH/DOB – his commitment and skills make him an interesting prospect for the future of Beach Volleyball in Austria.” 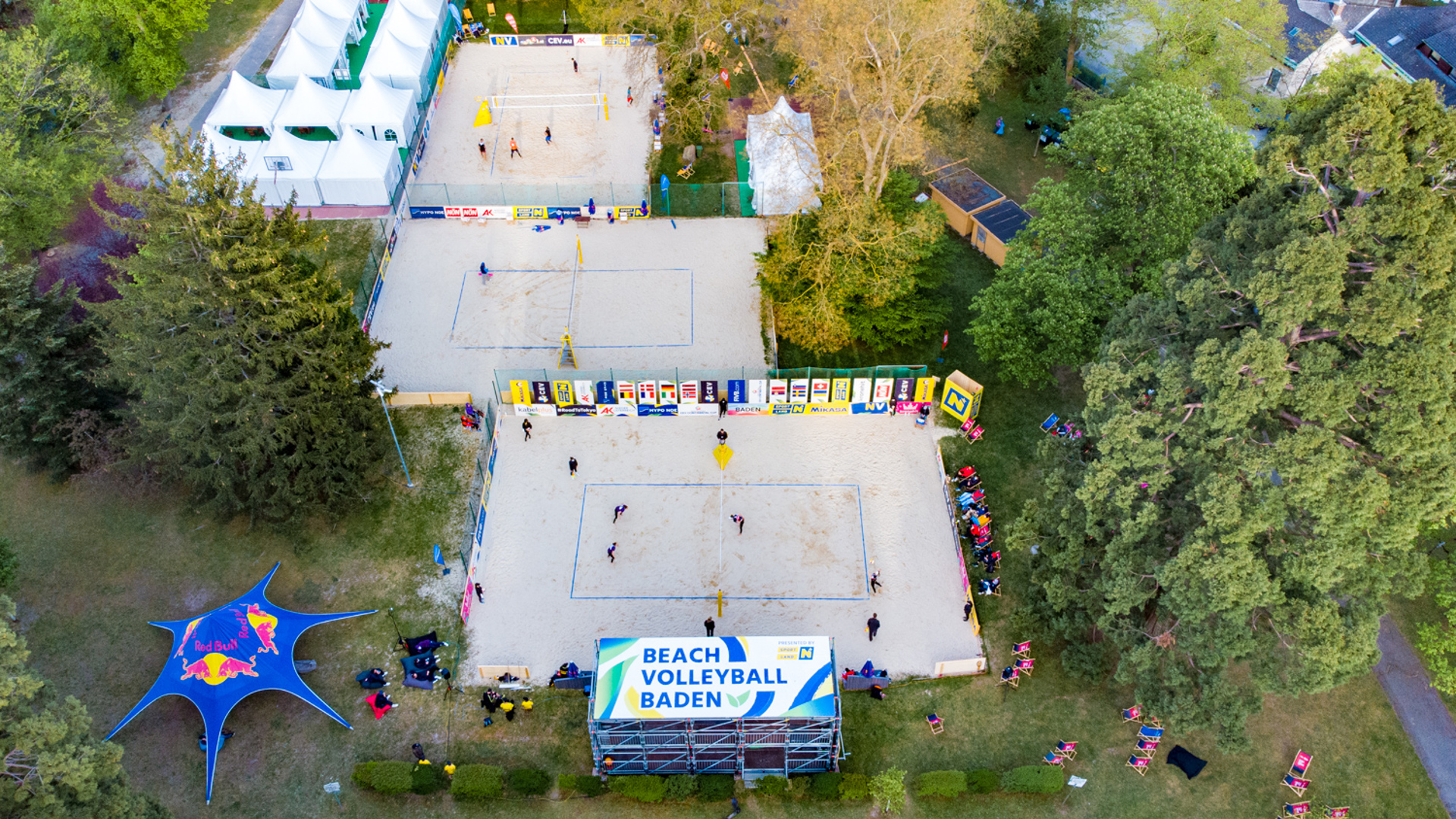 Marie Bruckner/Lina Hinteregger, Ronja Klinger/Julia Mitter and Magdalena Rabitsch/Anja Trailovic will carry the Austrian hopes in the women’s competition. “Ronja and Julia are our no. 1 team in terms of experience and results they have achieved at other age-group events. They are probably not the ideal mix since they are two defenders, but they are the best individual players and the focus must be on solid side-out, service pressure and commitment. The goal is to reach the quarterfinals, even though this could be a mammoth task without a blocker,” Nowotny says. The other teams hope to progress to the knockout stage and gain as much experience as possible. Bruckner and Hinteregger are the reigning U17 national champions and their participation in Baden should provide them with a first taste of international competition before they participate at #EuroBeachVolleyU18 later this year in Ljubljana, Slovenia.