On Sunday, Switzerland’s Leona Kernen and Muriel Bossart stood on top of the women’s podium, as Russia’s Vladislav Panchenko and Ivan Chuprinov claimed top honours in the men’s competition at the CEV U18 Beach Volleyball European Championships 2021. 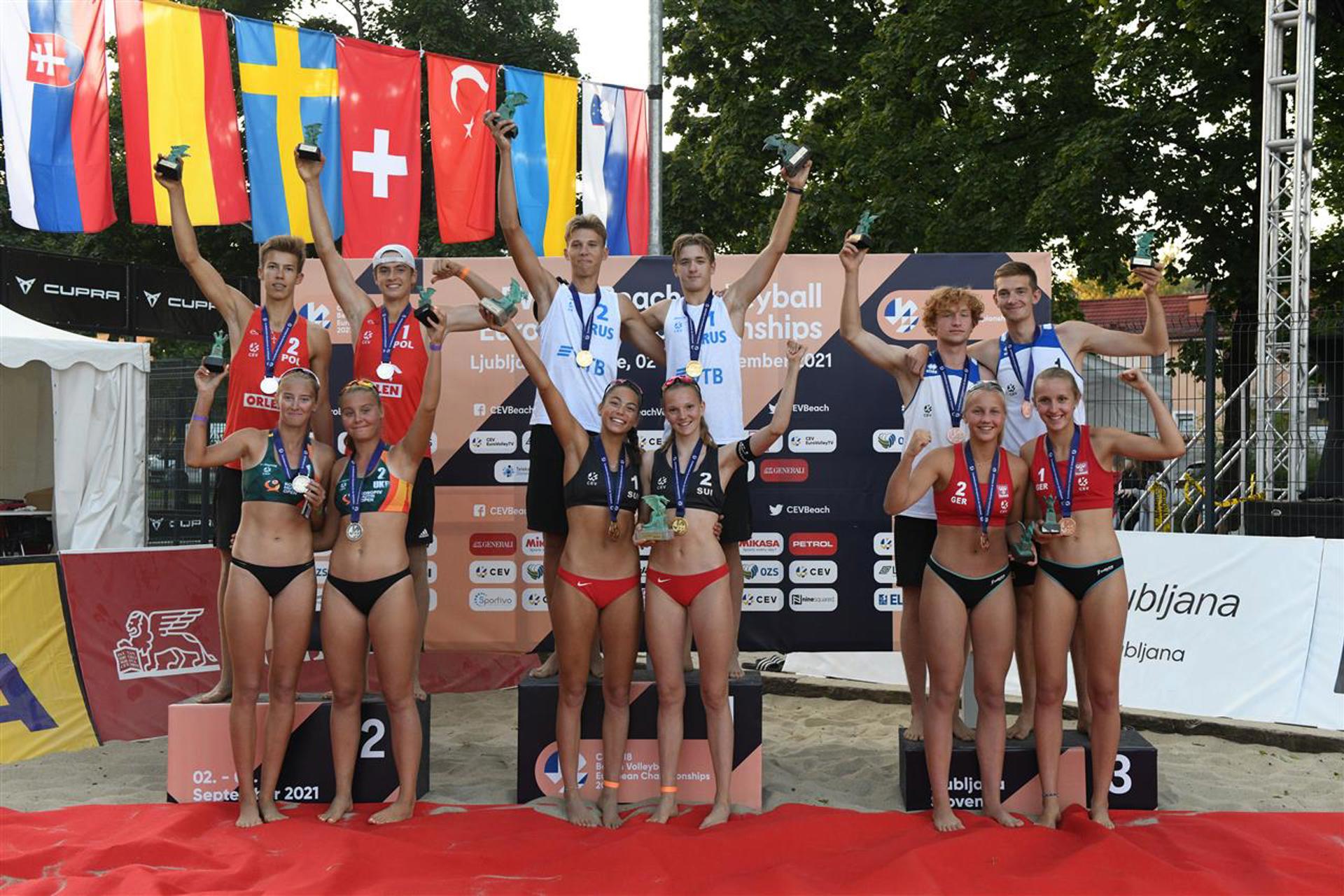 All medallists from the 2021 edition of #EuroBeachVolleyU18

In the opening match of the last day of #EuroBeachVolleyU18, Ukraine’s Yeva Serdiuk and Daria Romaniuk edged Austria’s Marie Bruckner and Emma Hohenauer 2-1 (21-18, 20-22, 15-6) to secure their spot in the final. Their opponents, Kernen and Bossart, were the better team in the clash with Germany’s Jule Mantsch and Annika Berndt. The Swiss duo won by 21-16 and 21-17, mostly thanks to Kernen’s good serve, since they scored seven consecutive points while the 16-year-old player was standing behind the service line.

Later in the afternoon, the Germans took the third place, winning in straight sets (21-18, 21-15) against the Austrian duo. “We are so happy that we claimed the bronze medal. After the semi-final, it was a bit difficult for us because we were a little sad. It is great that we could finish the event with a victory,” commented Berndt after the match. Her partner, Mantsch, added, “We are very thankful to our team as they helped us find our focus again, after the defeat against Switzerland. It is great to finish the championship on the podium.”

Serdiuk and Romaniuk started the final strong but Switzerland’s teenagers fought their way back. Kernen and Bossart kept their focus to secure a 2-1 (19-21, 21-18, 15-7) triumph. Bossart was all smiles after the victory: “When we came to Ljubljana, we did not even think that this would be possible, because we are only 15 and 16 years old and we will have another chance next year in this age group.”

“It is crazy and it was not easy at all to win this title. We lost one match in the pool stage but we never gave up. The final was difficult, we went point by point and now, I am speechless!” 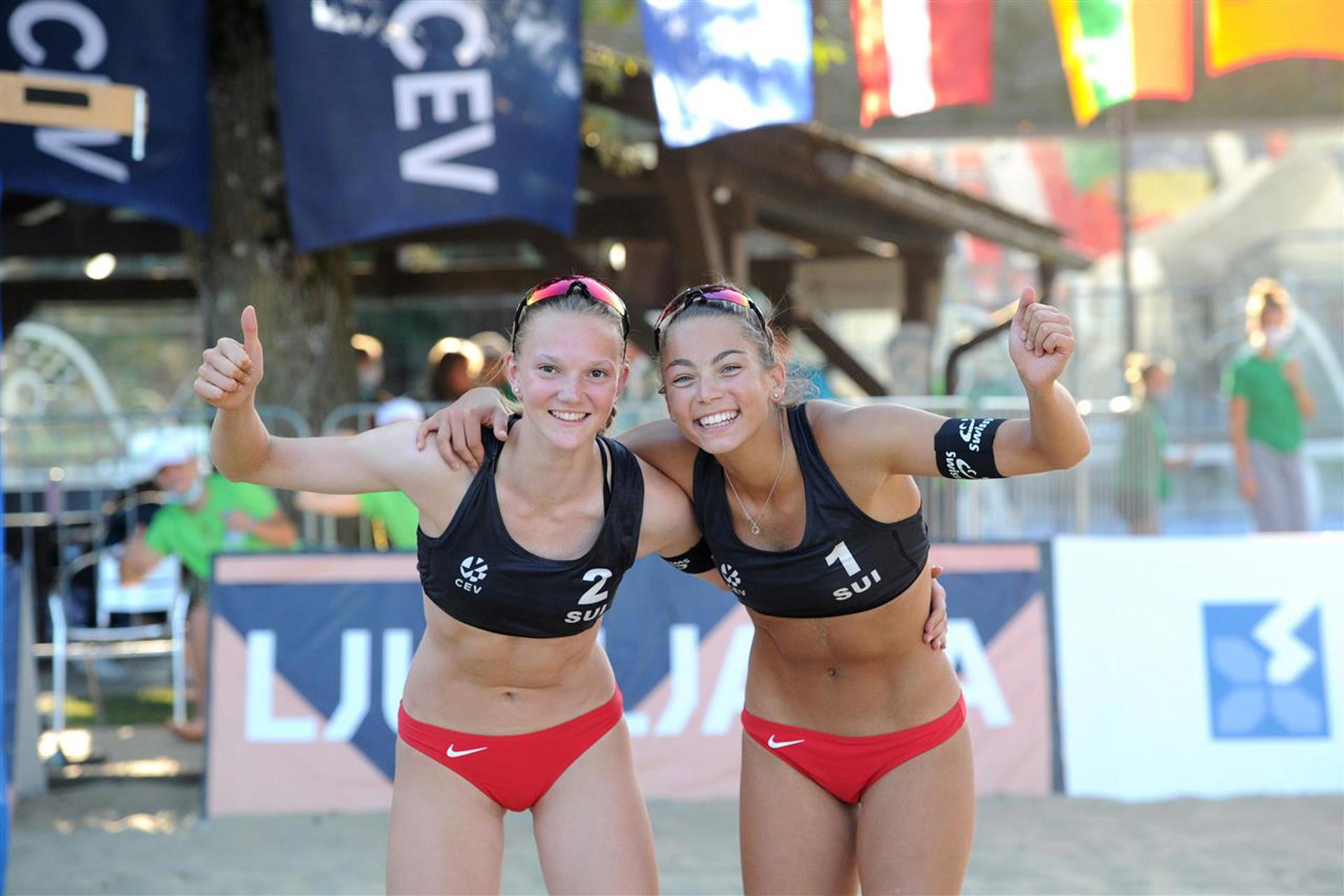 Poland’s Filip Lejawa and Aleksander Czachorowski clashed with Austria’s Timo Hammarberg and Tim Berger in the opener of the final day in the men’s event. After a thrilling battle, Poland managed to have the upper hand and celebrate a 2-1 (21-18, 17-21, 15-11) win.

Russia’s Panchenko and Chuprinov continued with their impressive run from Saturday. They thumped Latvia’s Kristians Fokerots and Gustavs Auzins through a comprehensive 21-17, 21-14, on their way to the final.

The Austrians and the Latvians gave their best to finish the tournament in the third place. Fokerots and Auzins started the match strong but it was the Austrians who showed more determination in the end and celebrated a 2-1 (22-20, 15-21, 15-11) victory. Berger was thrilled: “I am very happy to be here. It is a great tournament to win bronze.” Hammarberg agreed with him: “It was a tough match, the Latvians played really well but in the end, we secured a bronze medal and we are very proud.”

In the big final, the Russians set the pace from the start of the match. Lejawa and Czachorowski followed them closely but came up short at the end of the first set (21-18). Panchenko opened the second set with a superb blocking performance. He collected three blocks in a row to get them a 5-0 lead. He and Chuprinov eventually emerged victorious at 21-17. 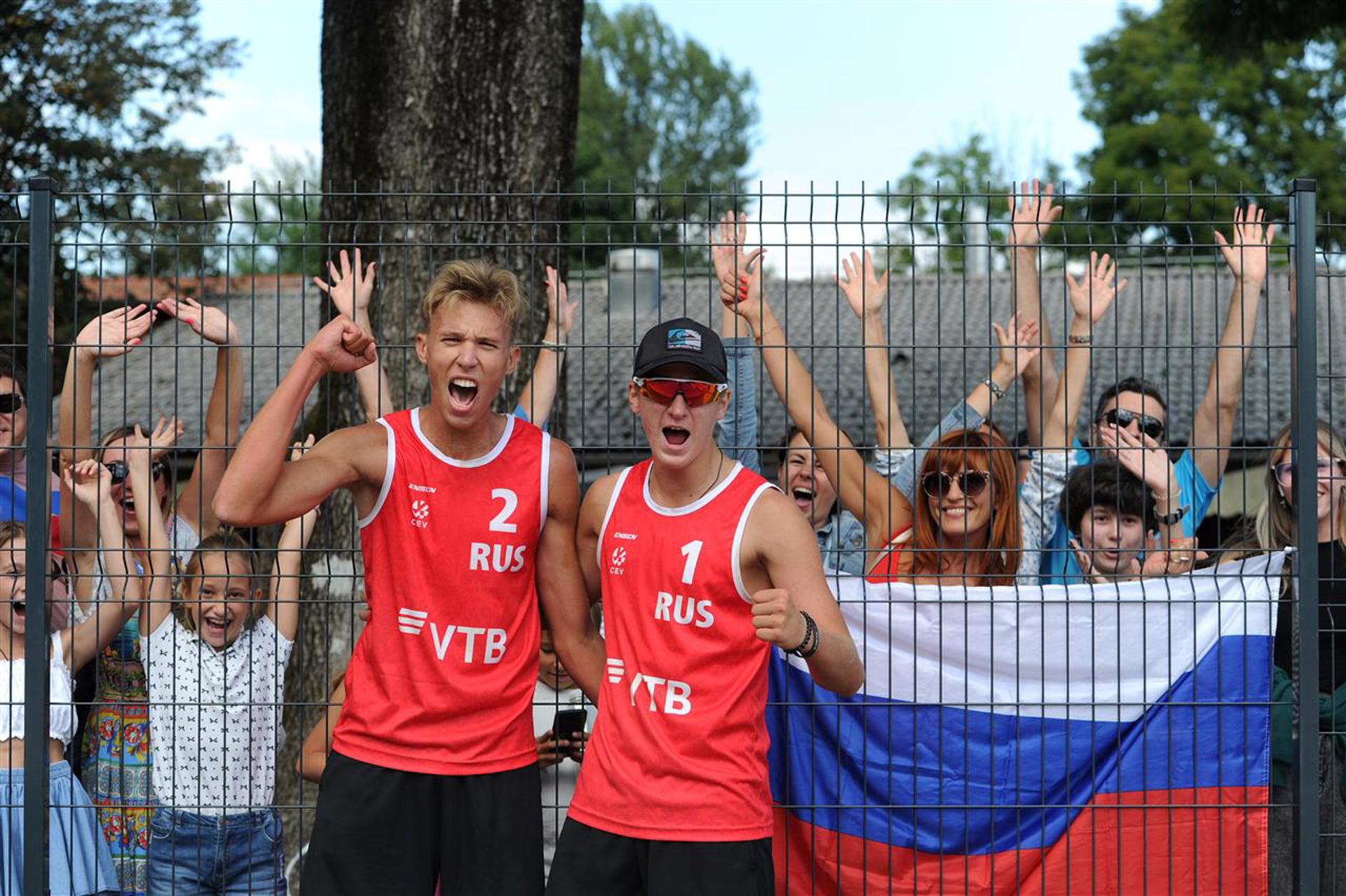 “I feel just amazing! We are both full of good emotions. The venue was great and Slovenia is a very beautiful country. The last match was tough because Poland was a difficult opponent - they serve well and are solid in the block. That is why we are all the more satisfied with our achievement.”