Vero Volley MONZA and CDV Guaguas LAS PALMAS were among the winners of the CEV Cup Men 16th Finals fixtures contested on Wednesday night across Europe. 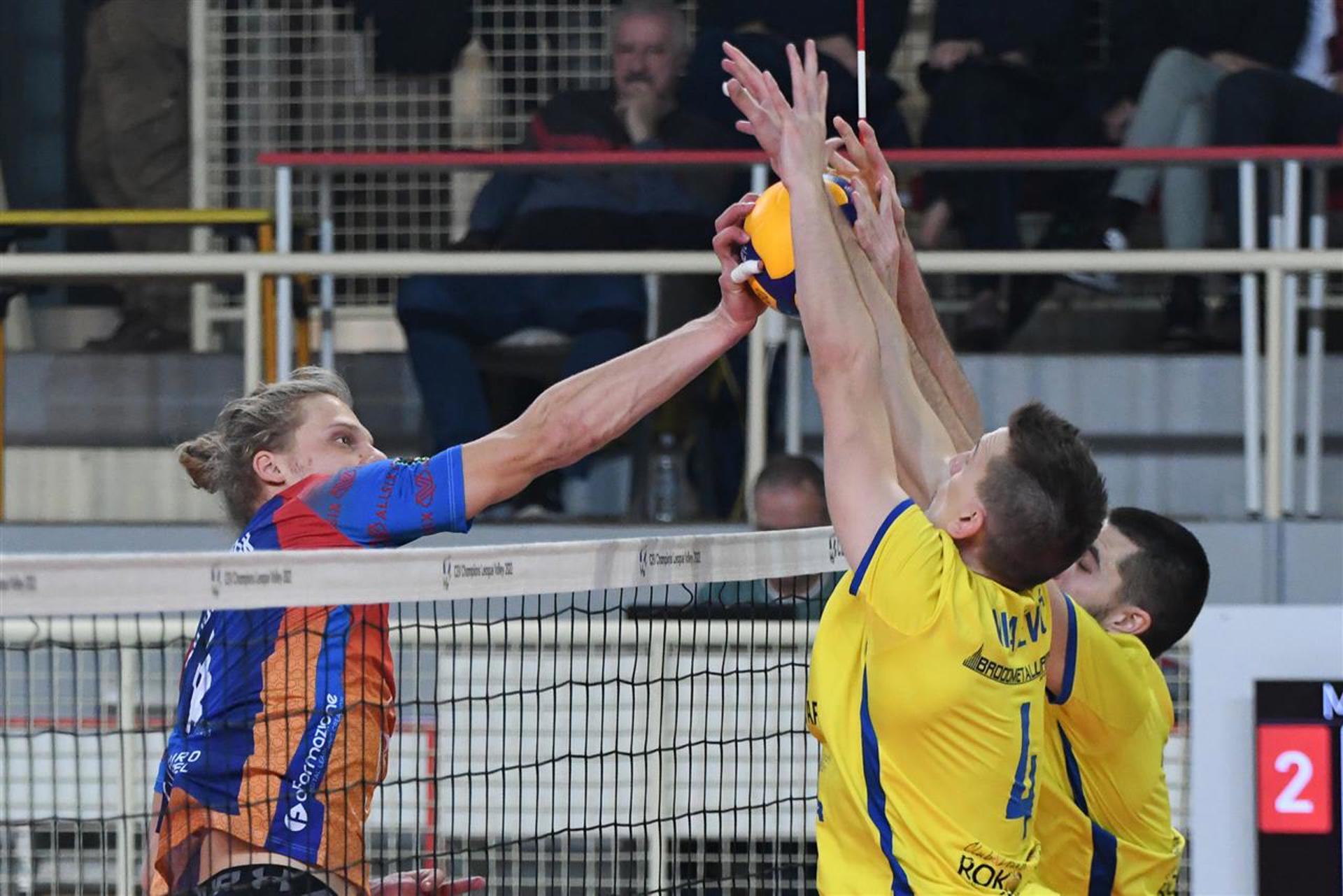 Italy’s standout Vero Volley MONZA claimed a 3-1 away victory (25-16, 18-25, 26-24, 25-22) over Mladost ZAGREB – with the home side supported for the very first time after a long break by a large crowd of 1,500 fans. It was a special match for Tomislav Mitrašinović – a former player of Mladost, who joined the ranks of MONZA for the 2021-2022 season, thus following the example of another former member of Mladost, Marko Sedlaček.

“Our goal today was to play at our best level, since we knew that MONZA are the big favourites and they compete in probably the strongest league in the world. With the only exception of the first set, I think we achieved our goal and we even had the chance to win more than one set. We made a few tactical mistakes at the end of the third set – but I think it was a good experience for everyone and we could see that we can play at a good level. It means that we are on the right track.”

Tihomir Gajic, player of Mladost: “We played a good game. Congratulations to MONZA. I think we delivered our best performance this season and I am proud of my team.”

Tomislav Mitrašinović, player of Vero Volley MONZA: “The game was very tough and we can say that we did expect this. We expected that we would win – and we did it, so we are satisfied. We hope that we can play even better at home.”

Massimo Eccheli, head coach of Vero Volley MONZA: “It was a very difficult match with us, after a long and tiring journey. We have had a very busy schedule lately without any real break. We are happy that we could win this match even though we did not show our best game.” 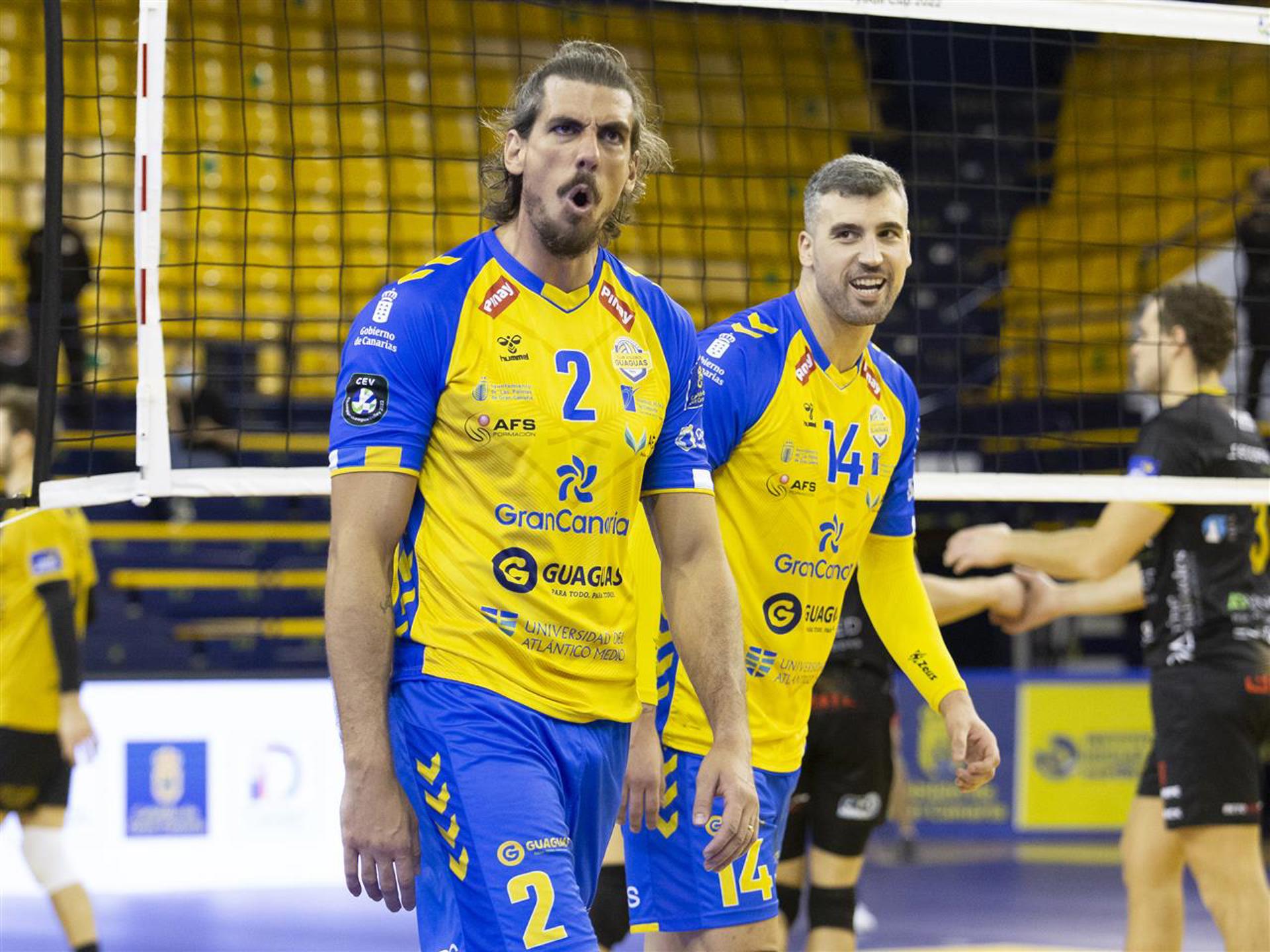 CDV Guaguas LAS PALMAS celebrated a 3-1 home win over Decospan VT MENEN of Belgium. The first set was a very close affair – with the two teams trading points until the Belgians broke away (21-18) to seal a 25-19 victory. The hosts responded by claiming a 6-2 lead in the early stages of the second set as they found a much better rhythm. They looked extremely solid and stormed to a compelling 25-17 set win. MENEN stepped up and set the tempo of the game in the third set – but LAS PALMAS fought back with good blocking and serving, especially from Borja Ruiz, Guilherme Magnani Hage and Yosvany Hernandez (25-16). The Spaniards looked dominant in the fourth set (12-3) where they did not leave any chance to MENEN at all (25-15).

“We started very nervous, but finally we could achieve this important win. Next week we will play again versus this team, and it will not be easy. We have our options to advance to the next round. The game in Belgium will be tough. If we want to play and win in Europe, we must play very well every week.”

Frank Depestele, head coach of Decospan VT MENEN: “We started very well but LAS PALMAS responded swiftly and we had some problems in the second set. It was difficult for our young players to come back. We have another match next week and I hope that we can do better. Their spikers are extremely strong but we managed to find an answer in the first set tonight – therefore, it is possible to do that. I hope that our opposite can recover from his injury and it will be a different game.”