Belgium, Russia and Latvia all completed a clean sweep of their matches in the respective second round qualifiers to punch a ticket to the Final Round of this year’s #EuroVolleyU17M. They join hosts Albania as well as the winners of the 1st round zonal qualifiers held earlier this year – Poland, Bulgaria, Italy, and Slovenia. Earlier this week, Serbia and Turkey had qualified for the Final Round by finishing first in Pool B and E, respectively. Austria and the Czech Republic complete the 12-team field for the Final Round as the two best runners-up across all pools. 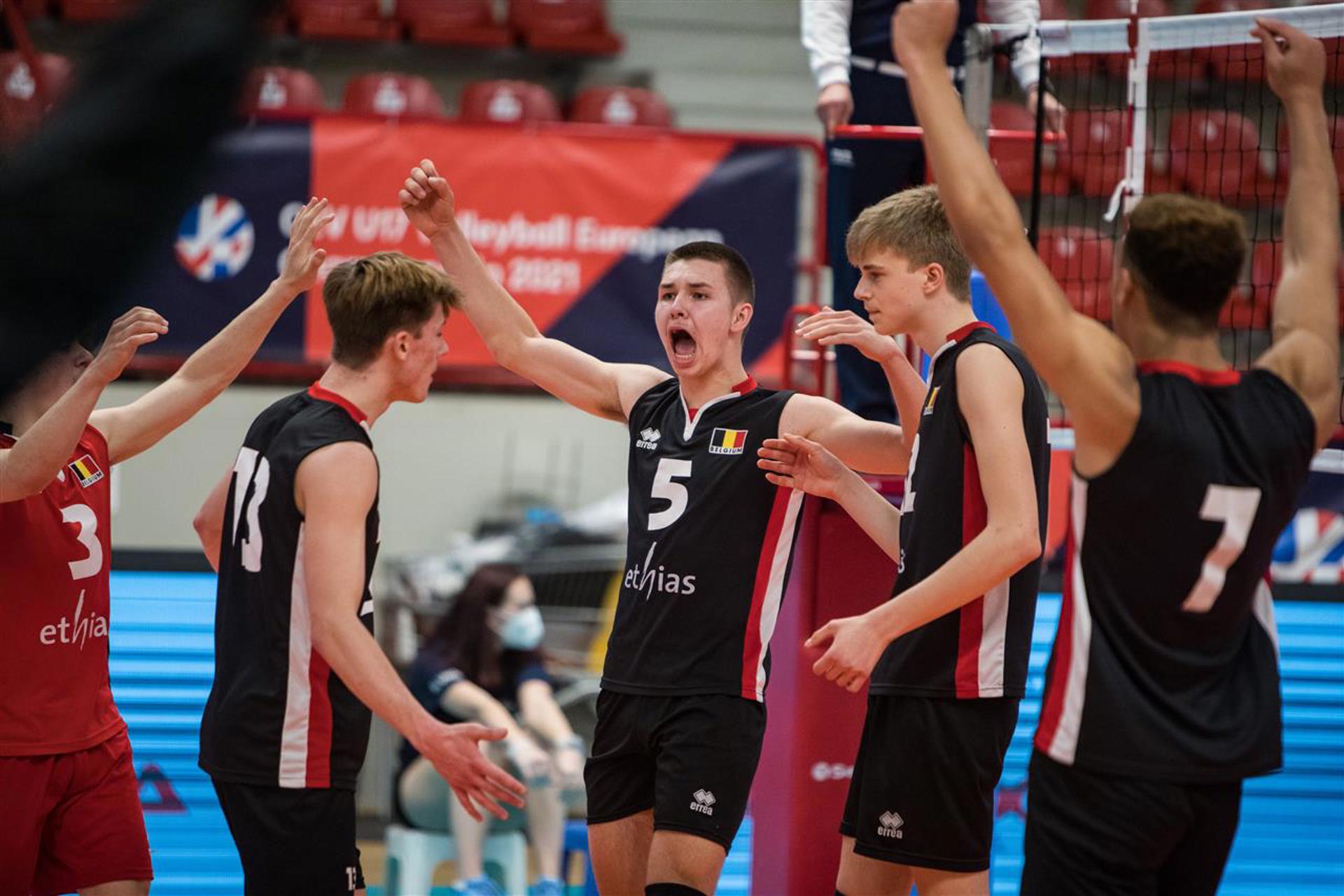 Pool A in Kutna Hora (CZE)

In a match that would decide which team qualifies for the Final Round, Belgium beat the Czech Republic 3-0 (27-25, 25-21, 25-20). Actually, the home side claimed an early lead in the first set (13-8) and they extended it even further (18-11). However, the Belgians did not give up, and with the help of some mistakes made by the home side, they cut the Czech lead to two points only (22-20). A very close fight followed next before Berre Van Looveren closed the set for the young Red Dragons at 27-25. Team Belgium set the pace of the game from start to end of the second set (14-10, 17-13) and even some substitutions made by the home side could not turn the tide. The Czech Republic managed to make it as close at 21-18 before Belgium won the set 25-21. After a close start, Belgium broke away (20-17) in the next set and with their consistent attacks, they managed to finish the match in three sets, with the first match point cashed by their captain and key player Kobe Verwimp. Eliot De Vleeschhauwer of Belgium scored the most points in the match (17) as Matěj Pastrňák registered 12 for the home side.

Jiří Zach, coach of the Czech Republic: “The first set was important, especially when we did not use a 21-16 advantage and after we helped our opponents complete their comeback, they even outperformed us. They received better and they did well in attack, whilst our performance was not consistent at all. If we had won the first set, we could maybe have had a better chance.”

Matěj Pastrňák, captain of the Czech Republic: “Today we lost after wasting a five-point lead in the first set. The Belgian captain came to serve, scored an ace, whilst our attack faltered. In the second set, we were a little down, before we tried to fight as much as possible in the third set, but unfortunately it was not enough.”

Kobe Verwimp, captain of Belgium: “Amazing! We did not have the best start, but each player added something of himself, and we fought as a team. We did not give up at the end of the first set and maybe this decided the whole match. It feels great and we are really looking forward to the European Championship!”

“The beginning of the match was difficult. We knew it would be a balanced game, and so it was. The Czech Republic has a good team, but we have prepared well. The first set was important – we caught the rhythm and eventually sailed to victory. We are looking forward to the European Championship, especially since it will be a good experience for the boys. I am very satisfied.” 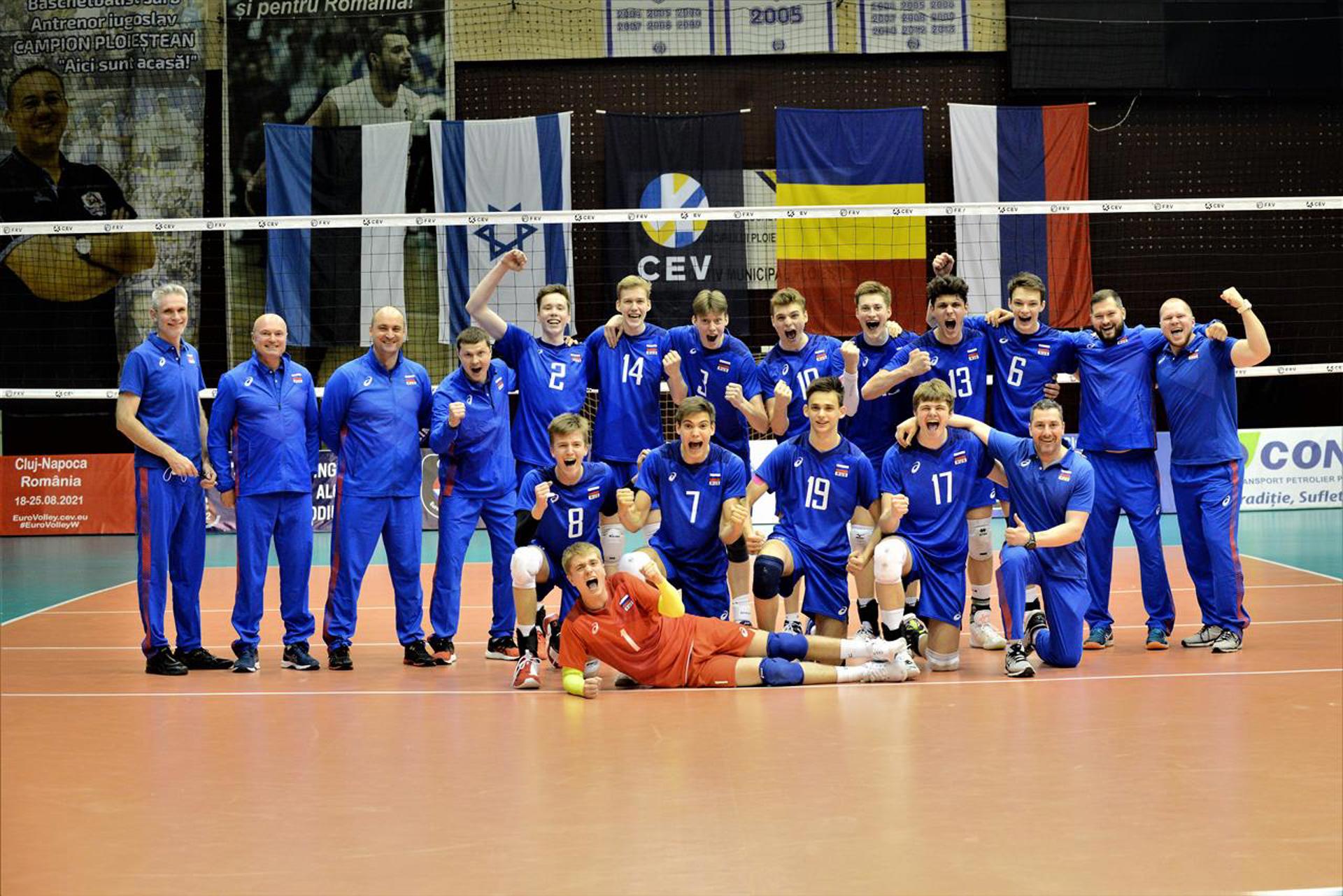 Russia lived up to their status of pre-favourites in Pool C and on Sunday, they completed their duties in Ploiesti with a 3-0 shutout of hosts Romania (25-15, 25-20, 25-17). The team coached by Andrey Nozdrin did not lose a single set throughout the competition and in the matchup against the home side, they imposed their rule courtesy, among other things, of as many as 14 aces – compared to only two registered by the young Romanians. Gleb Stefanovich (23 points) was the best scorer of the game and the tournament, followed by his teammate Andrei Kvochko (13 points). Cristian-Daniel Chițigoi was Romania’s top scorer for the third day in a row, recording 9 points against the mighty Russians. Russia will be a serious medal contender later this summer and their performance in Ploiesti made amends for their loss at the hands of Poland at the EEVZA qualifier earlier this year.

Earlier in the afternoon, Israel beat Estonia 3-0 (25-19, 25-22, 25-18) to finish the competition in second place. Israel recorded 12 blocks in the process, with as many as six contributed by Nikita Maron. The winless Estonia finish the tournament in fourth and last place with three losses in as many matches. Ravid Eliyahu Alfasi top scored for Israel with 15 points as Tristan Täht managed 13 for Estonia. 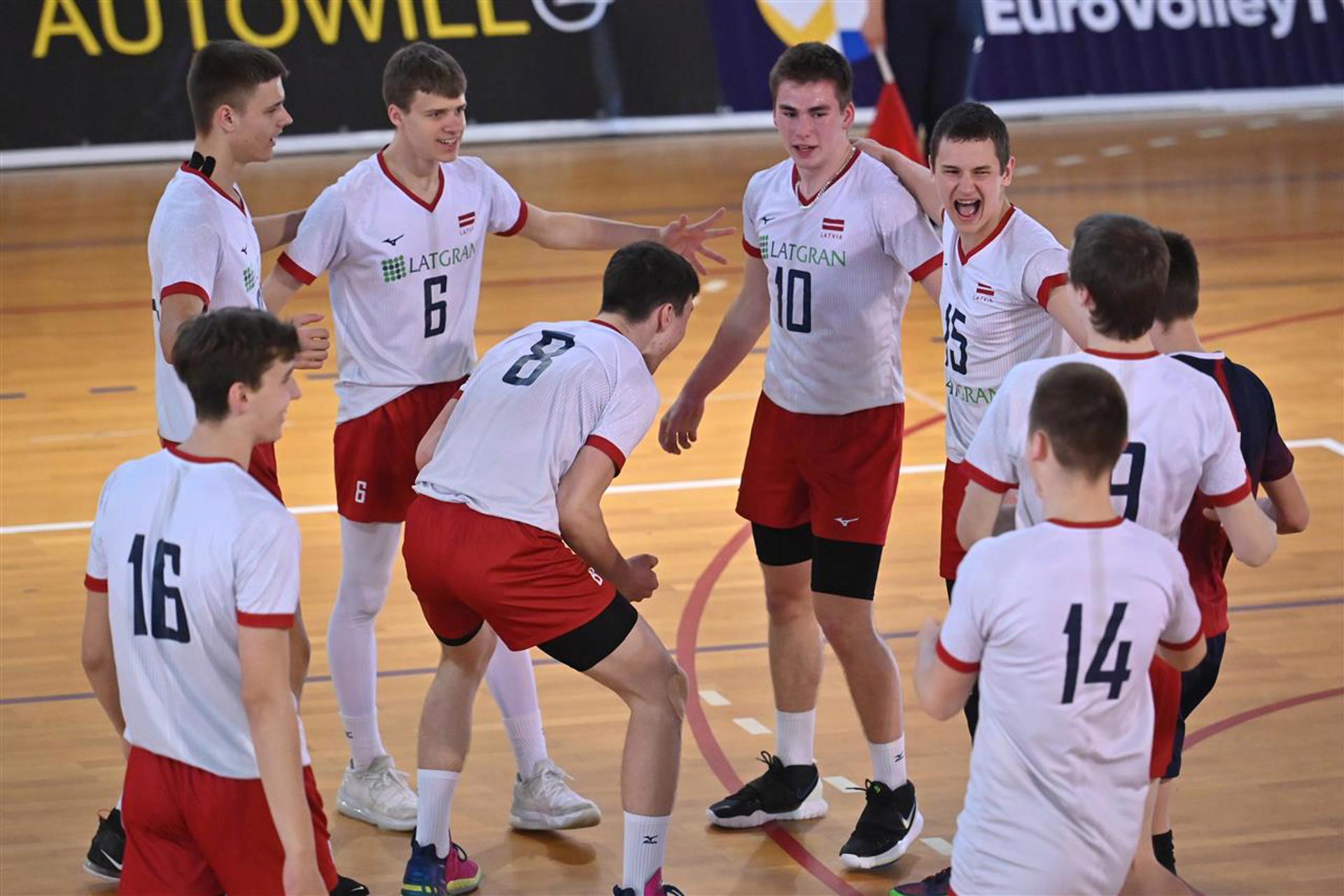 Latvia celebrate their historic qualification for the #EuroVolleyU17M Final Round

Latvia made history by qualifying for #EuroVolelyU17M and they did so in emphatic style – as they completed a clean sweep of their matches in Pool D with a 3-0 victory over Belarus (25-21, 25-22, 25-20). Latvia have qualified for the Final Round of the continental championship in this age group for the very first time, dropping only one set in the process as they started their journey in Zadar with a 3-1 victory over hosts Croatia. The young Latvians were able to emulate their ‘senior’ colleagues who last September qualified for EuroVolley for the second time only in the history of the Baltic country.

In the other match of the day in Zadar, France beat Croatia 3-1 to claim second place in the pool.