News from the National Federations Matosinhos/Porto, Portugal, March 16, 2021. Leixões SC triumphed this past weekend in the final of the Portuguese women’s national cup as they beat Sporting CP 3-1 (16-25, 25-21, 25-17, 25-20), in what was some sort of a rehearsal of the playoff matches featuring these same teams coming up soon in the national league. Leixões SC, who had last lifted the trophy back in 1991, are now the team with the most titles in the national cup – as many as nine, one more than those claimed by Castêlo da Maia GC.

The Final Four of the national cup took place at the Matosinhos Sports and Congress Centre, where the national teams of Portugal will be contesting their respective EuroVolley 2021 qualifiers in May. What was special is that all referees, scorers and line judges involved in the semis and final matches were females – a history-making feat in Portuguese Volleyball.

Maria Noel with 18 points, and Dominican Madeline Paredes, with 16, both representing Leixões SC, were the best scorers in the match.

Brazilian outside hitter Fernanda Silva, who recorded 12 points for Leixões SC, said: “After a less successful first set, where we did not perform well, we re-focussed and followed the plan we had drawn up for this match. We managed to impose our game and ended up having a fair and clear victory. Tomorrow is a new day and the playoffs will be another page to turn on our journey as a team. We will start from scratch in the national championship.” 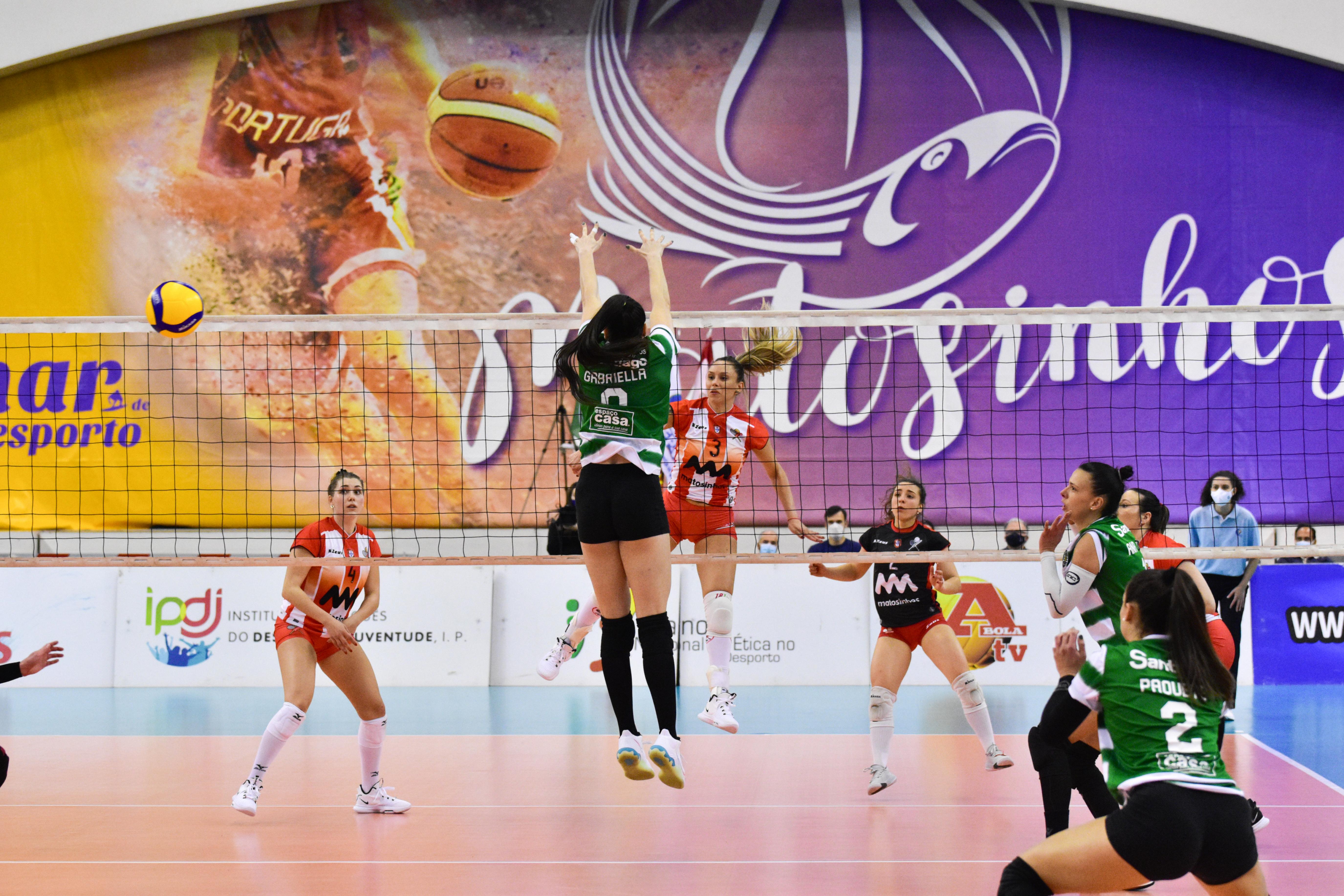 Aline Timm Rodrigues, Sporting CP middle blocker: “We started the match well. We won the first set with authority, but afterwards our service did not work that well any longer. We should have continued to put pressure with the service and not let them develop their game. We did not do so and they took the opportunity, and they deserve all the credit for that, to adapt to our game and set out, with much confidence, to a well-deserved win. Now, in the playoffs, we will have to rectify the mistakes that we made in this match, especially the fact that we did not maintain the right consistency of putting pressure with our service.”

The Mayor of Matosinhos, Luísa Salgueiro, and the President of the Portuguese Volleyball Federation, Vicente Araújo, presented the medals and trophies to the finalists of the competition.

For the first time in the history of the women’s Portuguese Cup finals, all match officials (first and second referees, scorer and assistant, as well as the four line judges) in the three matches played (semi-finals and final) were females. The President of the Refereeing Commission of the Portuguese Volleyball Federation, Avelino Azevedo, who attended the decisive match, highlighted the importance of supporting the involvement of females as match officials performing at the highest level in both national and international competitions.