The year 2023 will be a truly eventful time for European Volleyball. The calendar for the next twelve months includes the much-awaited CEV EuroVolley 2023 - Women that will run from August 15 to September 3 in Belgium, Italy, Germany and Estonia.

The 33rd edition of the women's European championship will be a truly unique, as the event will be played across eight cities: Brussels, Ghent, Verona, Monza, Torino, Florence, Dusseldorf and Tallinn. The 'ultimate Volleyball party' featuring the best 24 European national teams will entertain fans around the world with 76 matches. The new European queens will be crowned in Brussels, Belgium. In fact, most see the 2021 EuroVolley finalists, so defending champions - Italy and the reigning world champions – Serbia, as two main favourites, but the list of potential medal contenders is much longer. Thus, the #EuroVolleyW promises to deliver a fierce battle for the title.

The Drawing of Lots which took place in November 2022 at the iconic Palazzo Reale in Naples set the tone for the Volleyball party of the year, composing four intriguing pools.

Belgium, who hosts all stages of the tournament, including the final stage with both semifinals and medal matches, will play in Pool A, that might be considered a group of death, featuring Belgium, Serbia, Poland, Hungary, Slovenia and Ukraine. The hosts can count on their big star and scoring machine Britt Herbots, who definitely can lead the team cheered by local fans. Serbia, who suffered a big upset at the 2021 EuroVolley, losing the title to Italy on home soil in Belgrade, will definitely try to get back to the throne, under the guidance of Giovanni Guidetti, who was announced the head coach of the reigning world champions only a few days ago. At the 2022 World Championship, Poland, led by their rising star Magdalena Stysiak and one of the best setters in the world Joanna Wołosz, confirmed that they are capable of coming back to the European podium, especially that in two previous editions they finished 5th and 4th, respectively. Once Hungary, Slovenia and Ukraine are able to challenge their opponents.

Italy will host the EuroVolley in as many as four cities from the pool phase up until the quarter-finals. The defending champions will start their campaign in Pool B together with Bulgaria, Croatia, Bosnia and Herzegovina and Switzerland. Obviously, the star-studded team around Davide Mazzanti, who earned bronze medals at the 2022 World Championship, is a clear favourite, but the rivalry in this group should also thrill Volleyball fans. Three co-hosts of the 2021 EuroVolley, so Romania, Bulgaria and Croatia keep growing, as well as Bosnia and Herzegovina, who made their debut among Europe’s elite in 2021 and Switzerland.

Germany and Estonia will welcome the preliminary phases of their respective pools. Germany, under the guidance of charismatic Vital Heynen, will do their best to give the local fans reasons to celebrate. Although it won’t be an easy job in Pool C with Türkiye, Sweden, Azerbaijan, Czech Republic and Greece. The Sultans of the Net, the medalists of the last three editions, taken over by Daniele Santarelli, who has enjoyed tremendous successes with Imoco and national team of Serbia, hope to continue their medal streak. Sweden, powered by superstar Isabelle Haak, aim high after making their debut in 2021. Czech Republic are runners-up of the 2022 European League, once Azerbaijan and Greece will definitely use any opportunity to cause a surprise. 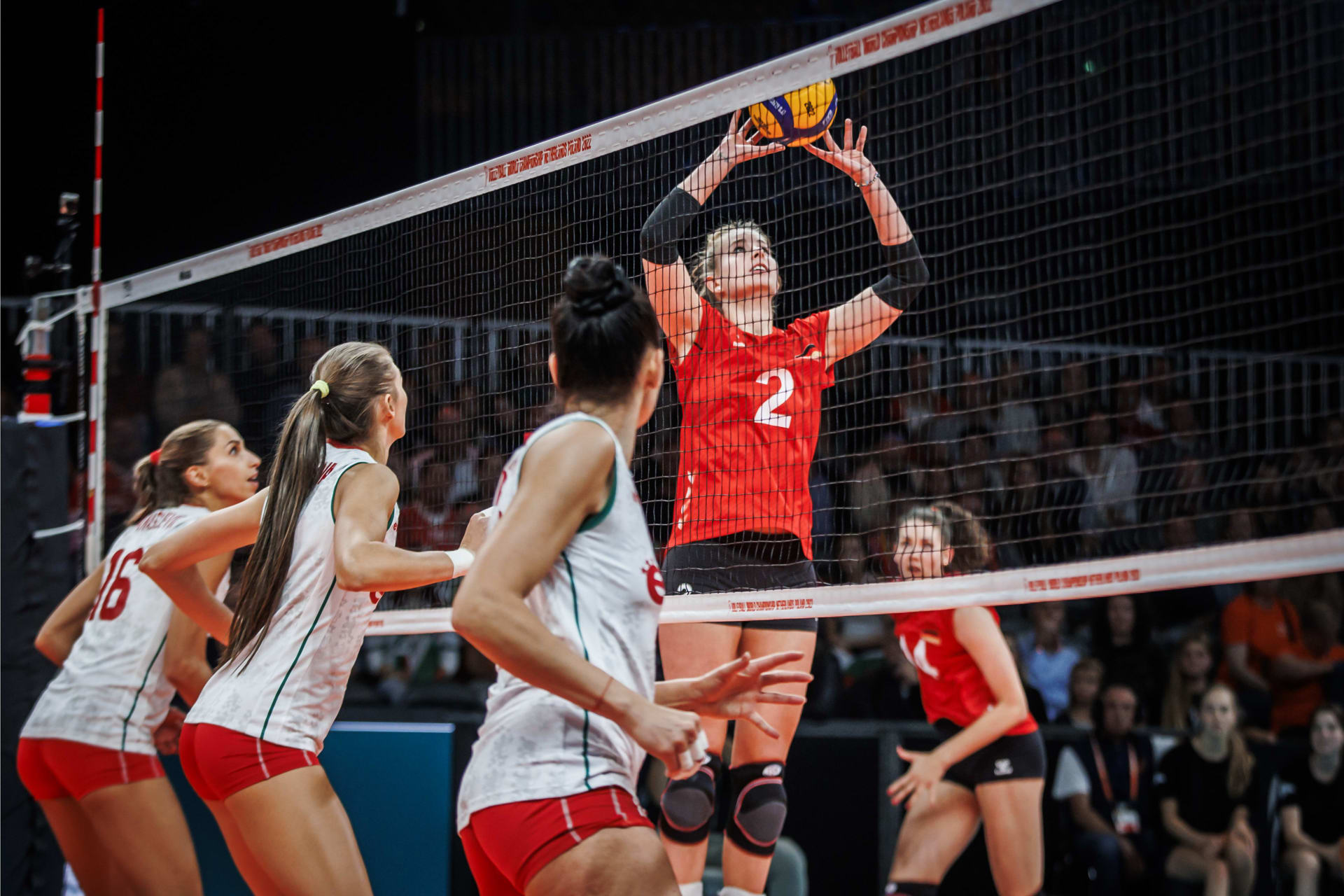 Pool D, headlined by Estonia, who will perform at EuroVolley for the second time after their debut in 2019, consists of the 2022 European League winners – France, the Netherlands, Finland, Slovakia and Spain, creating a very interesting group. Estonia will host the women’s event for the first time, but in 2021 they delivered the men’s EuroVolley, enjoying the unprecedent success.

Estonia hosted #EuroVolleyM 2021 gathering thousands of fans in the stands to create an unbelievable atmosphere.

The eight- and quarter-finals will be hosted by Florence and Brussels, once the semi-finals and medal matches will be staged in the capital city of Belgium. There's no doubt, the EuroVolley 2023 – Women will be filled with thrilling match-ups, spreading Volleyball-mania across the continent.