Turkey reaffirmed their Golden #EuroLeagueM domination as on Sunday they grabbed the Gold Medals, outclassing at 3-1 their opponents from Ukraine. This is the second consecutive title for the team of head coach Nedim Özbey (Turkey are the 2019 titleholders, too. The 2020 tournament was cancelled due to the coronavirus pandemic). 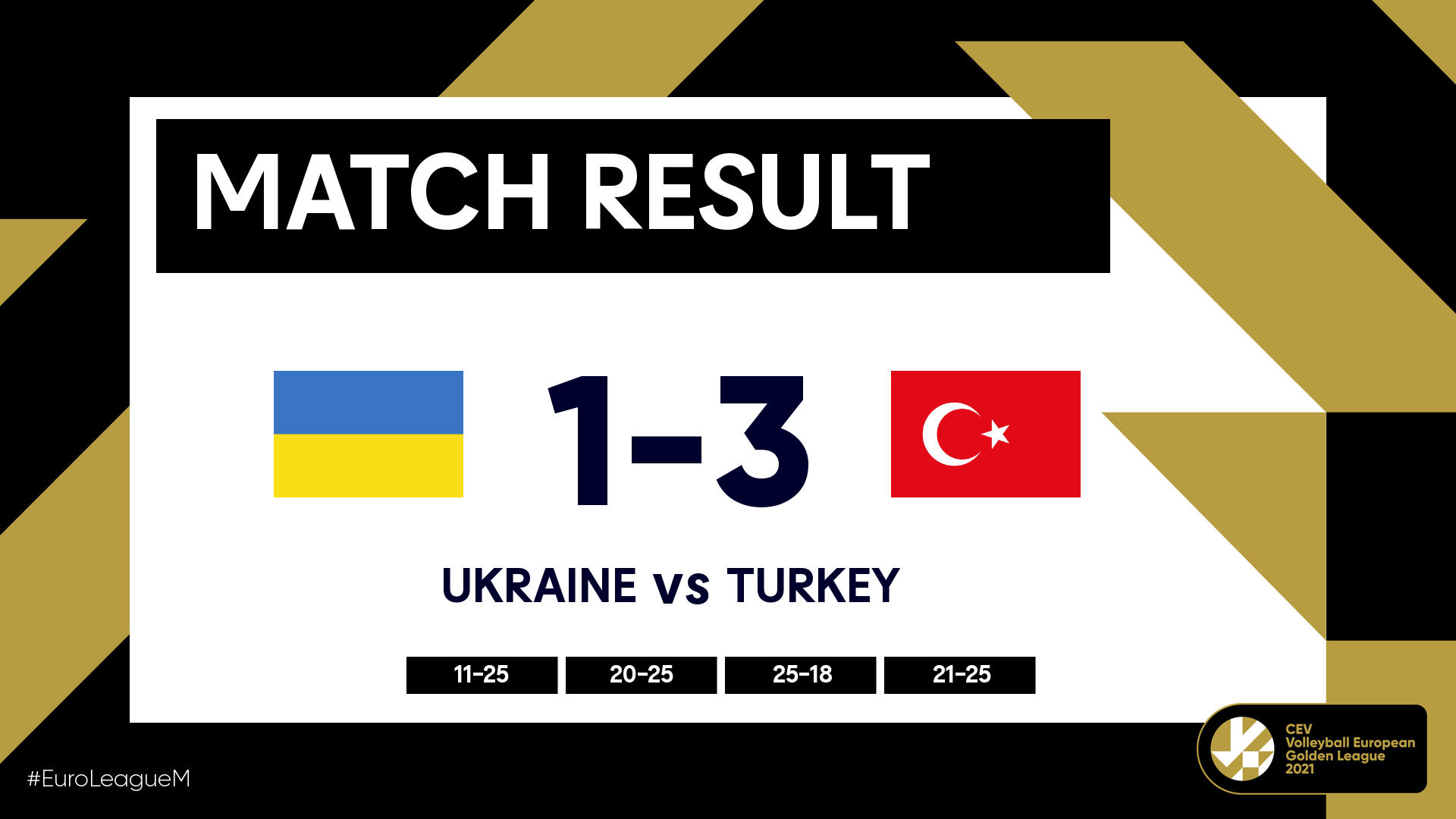 On the last day of play in the Final Four, the Turkish players recorded their 8th win in as many matches in the 2021 edition of the CEV Volleyball European Golden League. Meeting Ukraine in the Grand Finale, Turkey started better and grabbed a rather easy two first sets, but their opponents showed great nerves in the next two sets and made it difficult for the Turks. Even though the Turkish team let some errors affect their game, they were able to eventually show better skills in the decisive moments, outclassing the opponents in all the components 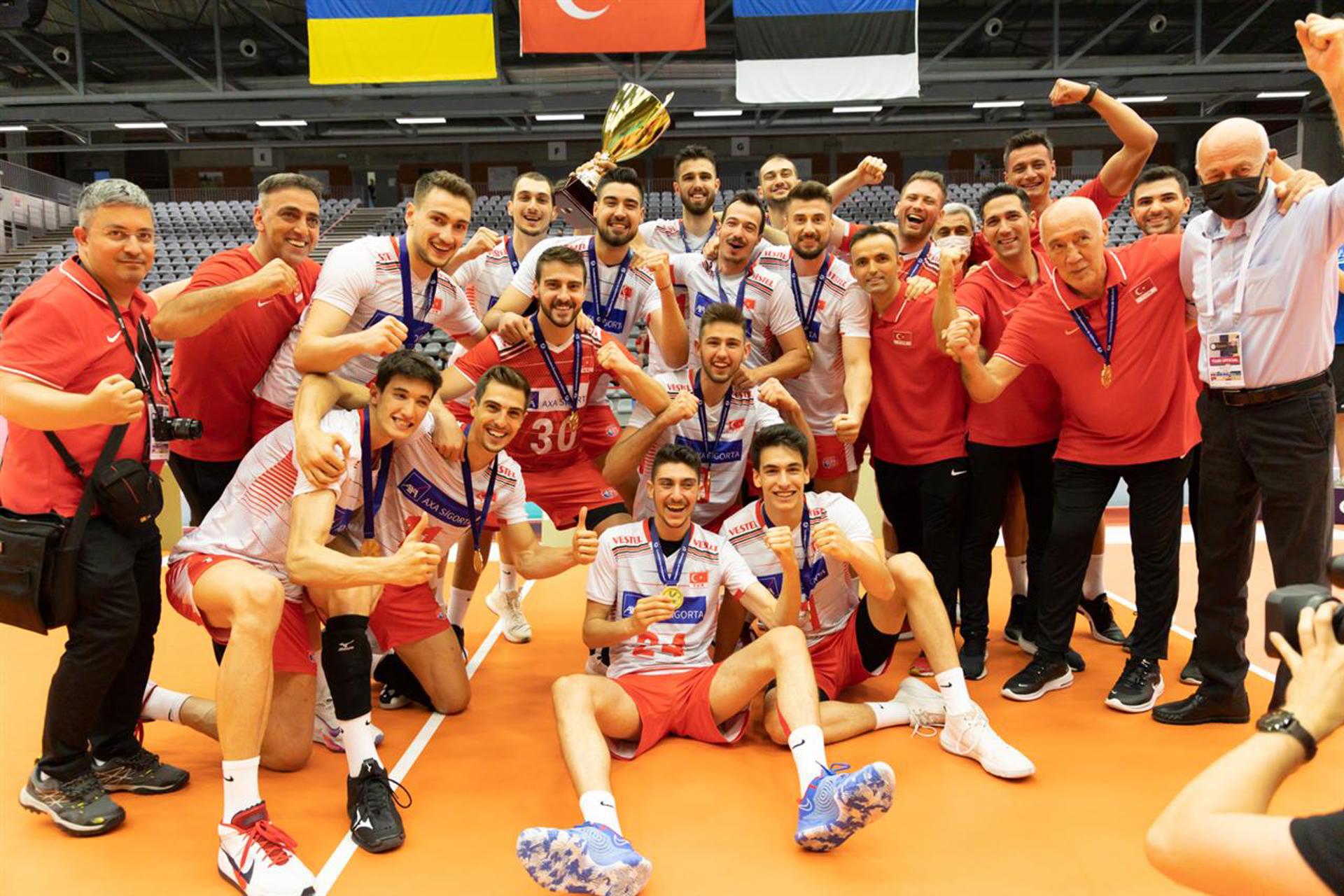 It was Yiğit Gülmezoglu's strong services in the end of the fourth set that helped Turkey on the way to bringing home the gold.  The top scorer of the League Round, Adis Lagumdzja didn’t disappoint the Turkish fans, and became once again Best Scorer, this time with 23 points to his name. 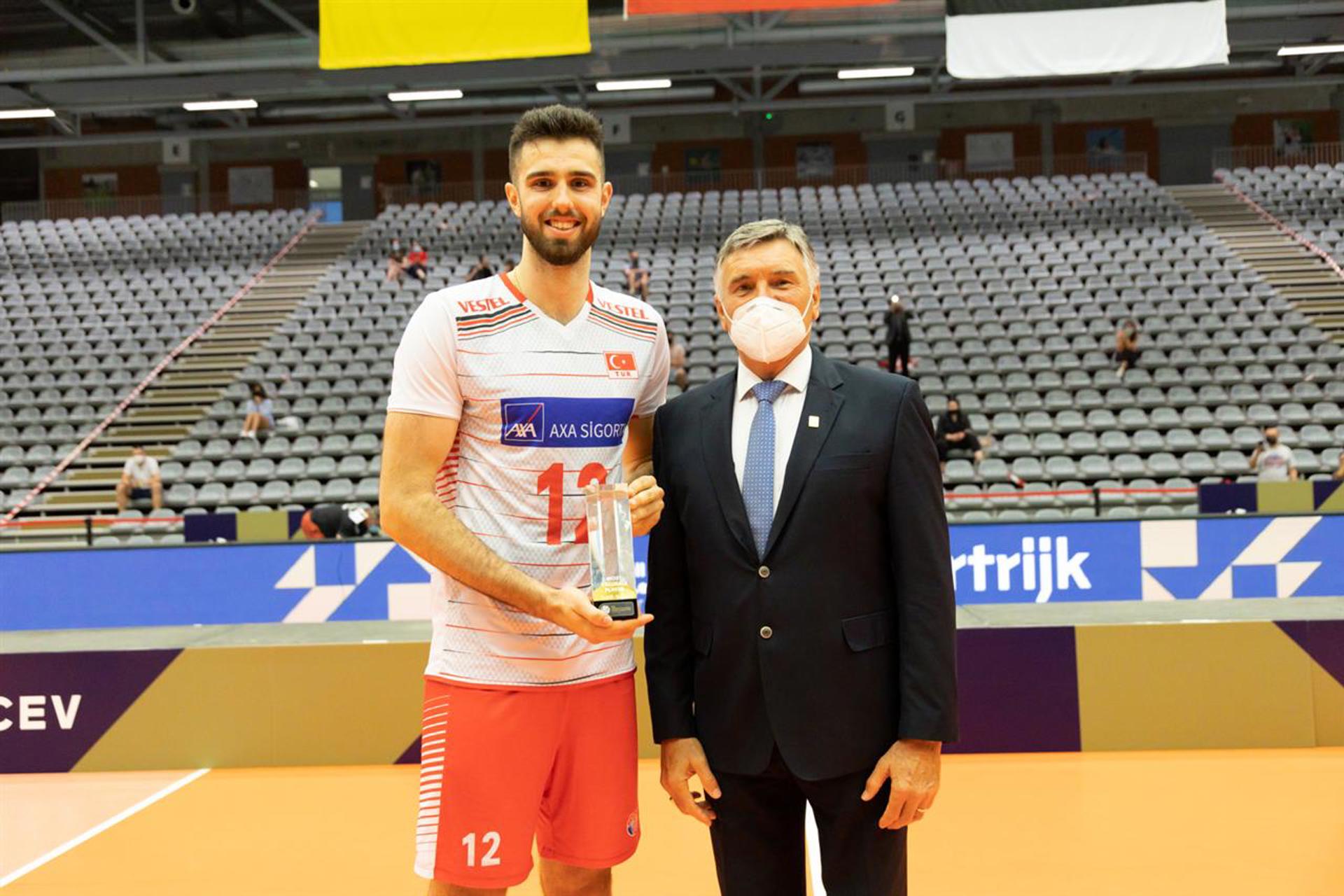 Estonia finished on a positive note their participation in the 2021 CEV Volleyball European Golden League as they bring home the Bronze Medals from the competition after seizing a straight-sets victory over the hosts of the Final Four tournament, Belgium. On Sunday, the players coached by the French specialist Cedric Enard dominated on the court, and for 84 minutes recorded the win.

To reach the third place in the Golden #EuroLeagueM, Estonia finished first in Pool A of the League Round, but lost after a five-setter to Turkey in the semi-finals. Estonia have two #EuroLeagueM titles - claimed in 2016 and in 2018, respectively. 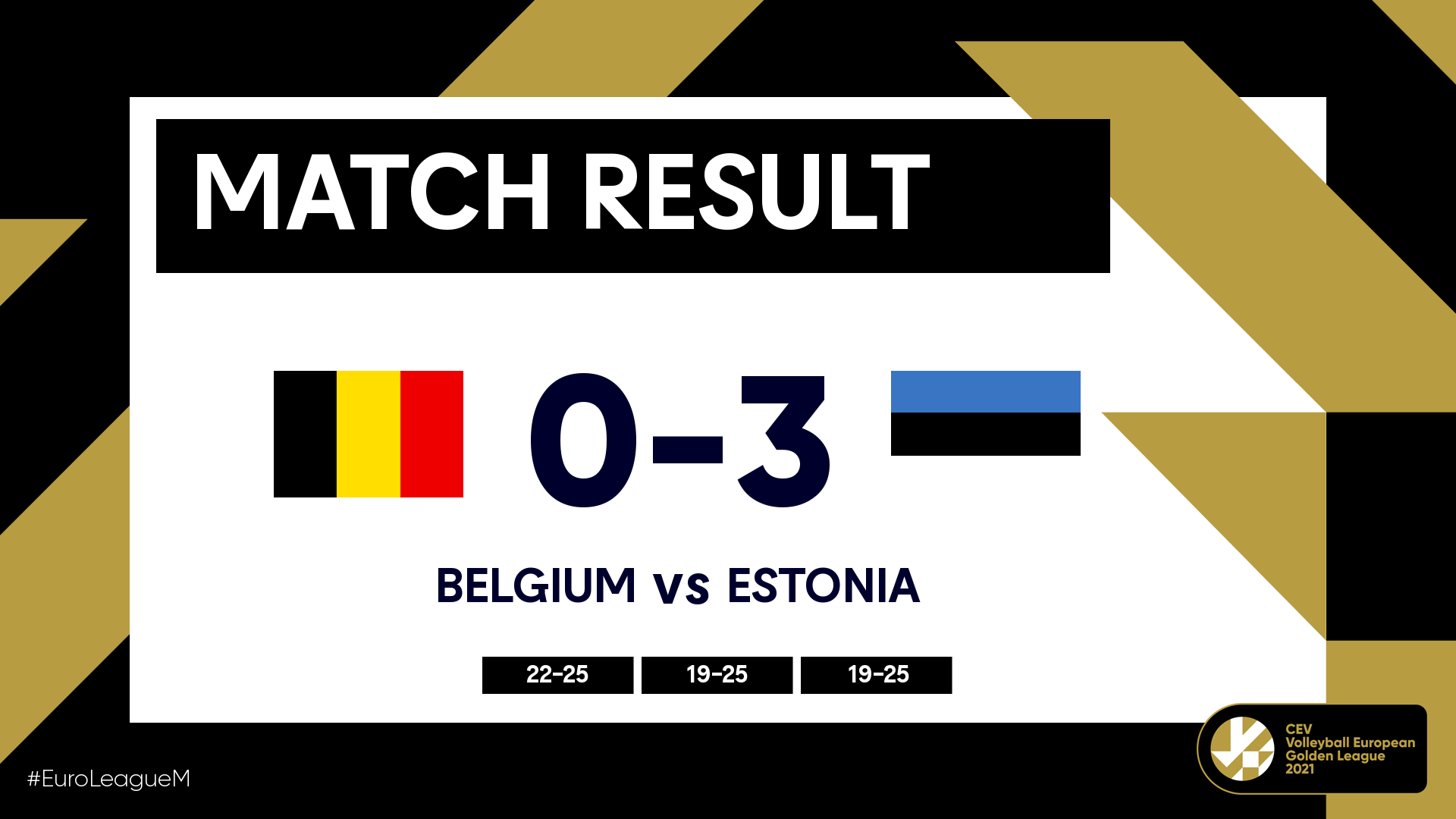 In the Bronze Medal Match, the Estonian players were slightly better in all the components of the game, but it was the mental toughness in decisive moments that allowed them to congratulate themselves with the success. Team leader, Oliver Venno was again above all, recording 15 points to his name and finishing as Top Scorer. Ardo Kreek and Kristo Kollo also contributed, each one recording 13 and 12 points respectively, helping team Estonia to finish with 53% efficiency on the winning spikes. 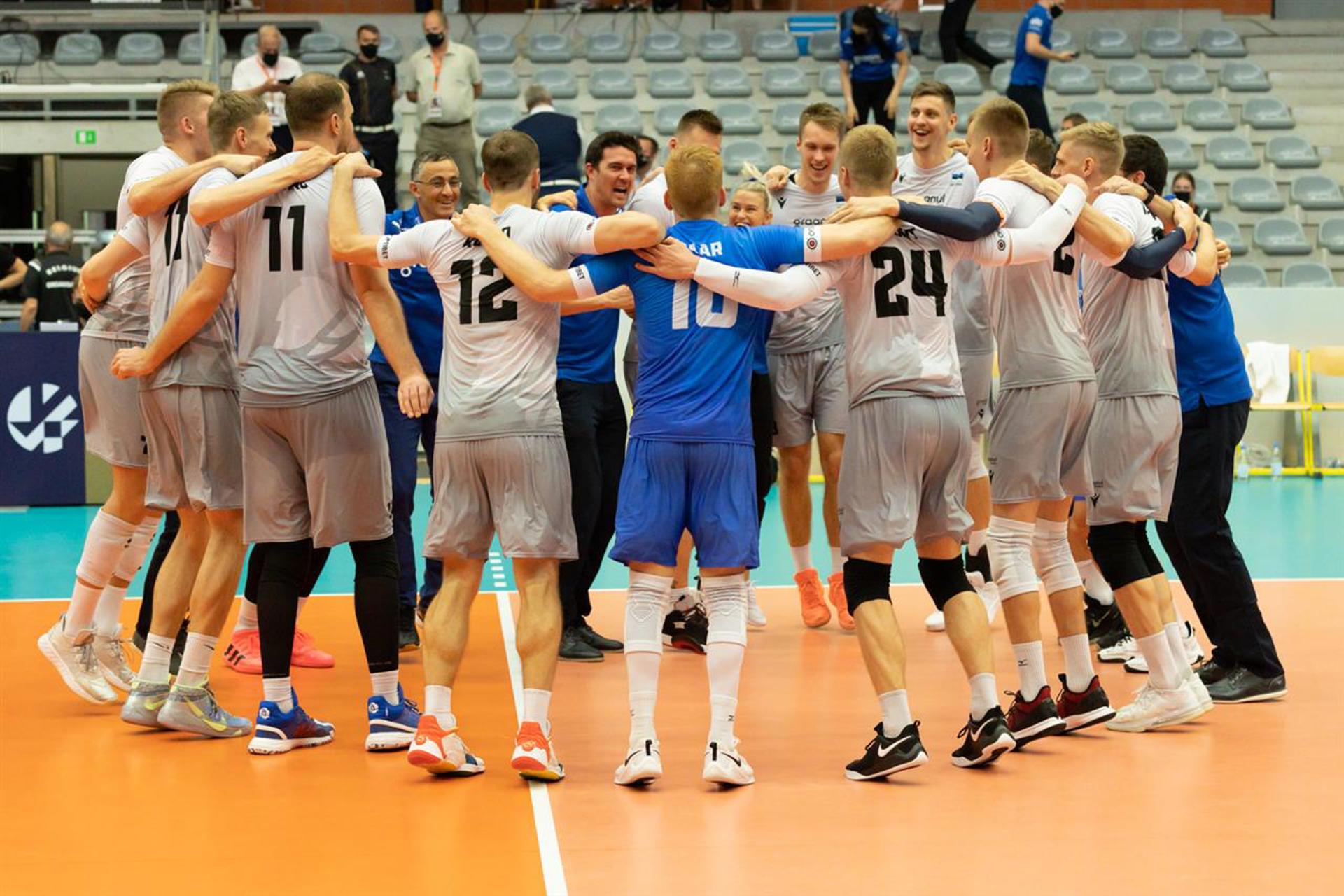