Switzerland and Norway dominate Queen and King of the Court semis

As many as 11 nations will be chasing the first Queen & King of the Court European Finals 2022 crowns in Utrecht, the Netherlands, when the inaugural edition of the tournament comes to an end on Sunday. 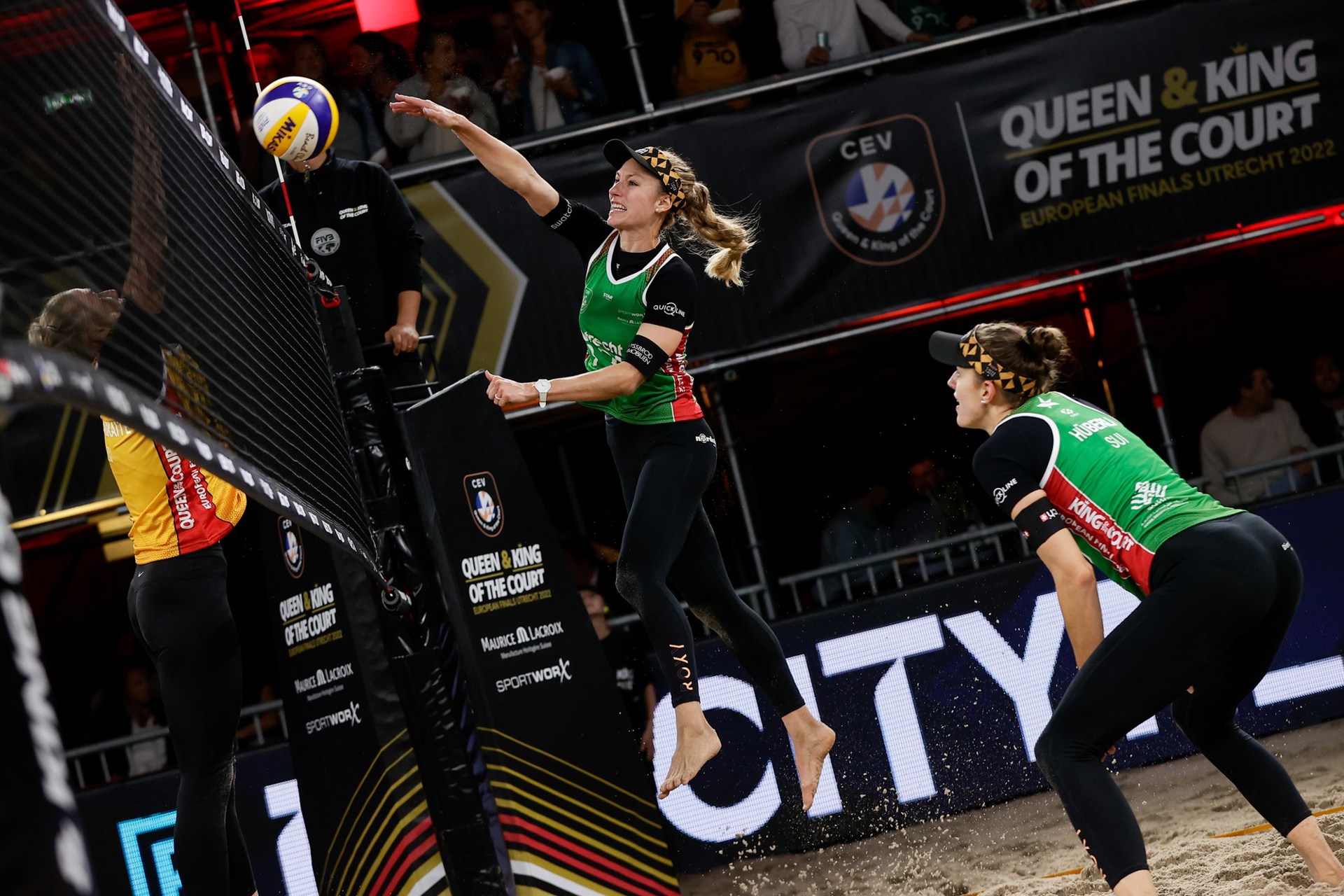 Eight teams in each gender remain in contention for the titles after the conclusion of the semifinal round of the event on Saturday. Among them are some of the big names of the sport, such as Olympic and world champions Anders Mol and Christian Sørum of Norway, reigning EuroBeachVolley champions David Åhman and Jonatan Hellvig of Sweden and Olympians Nina Brunner and Tanja Hüberli of Switzerland.

Four teams in each gender are already guaranteed in the final round after they occupied the first two positions in their semifinal series while four others, which ranked third and fourth, will have a final shot at the last spot in the final in a playoff round that will be played right after the series that will award the crowns.

Switzerland had a great day among the women, with teams from the country finishing at the top of the rankings in both semifinal series, while Norway had the same level of success among the men.

Temporary partners Anouk Vergé-Dépré and Menia Bentele were dominant on semifinal A. The two topped the series in two of three rounds, including the final one, in which they had 12 points against seven of Lithuanians Ieva Dumbauskaite and Gerda Grudzinskaite and two of the Ukrainian twins Inna and Iryna Makhno. Swiss and Lithuanians advanced directly to the final. 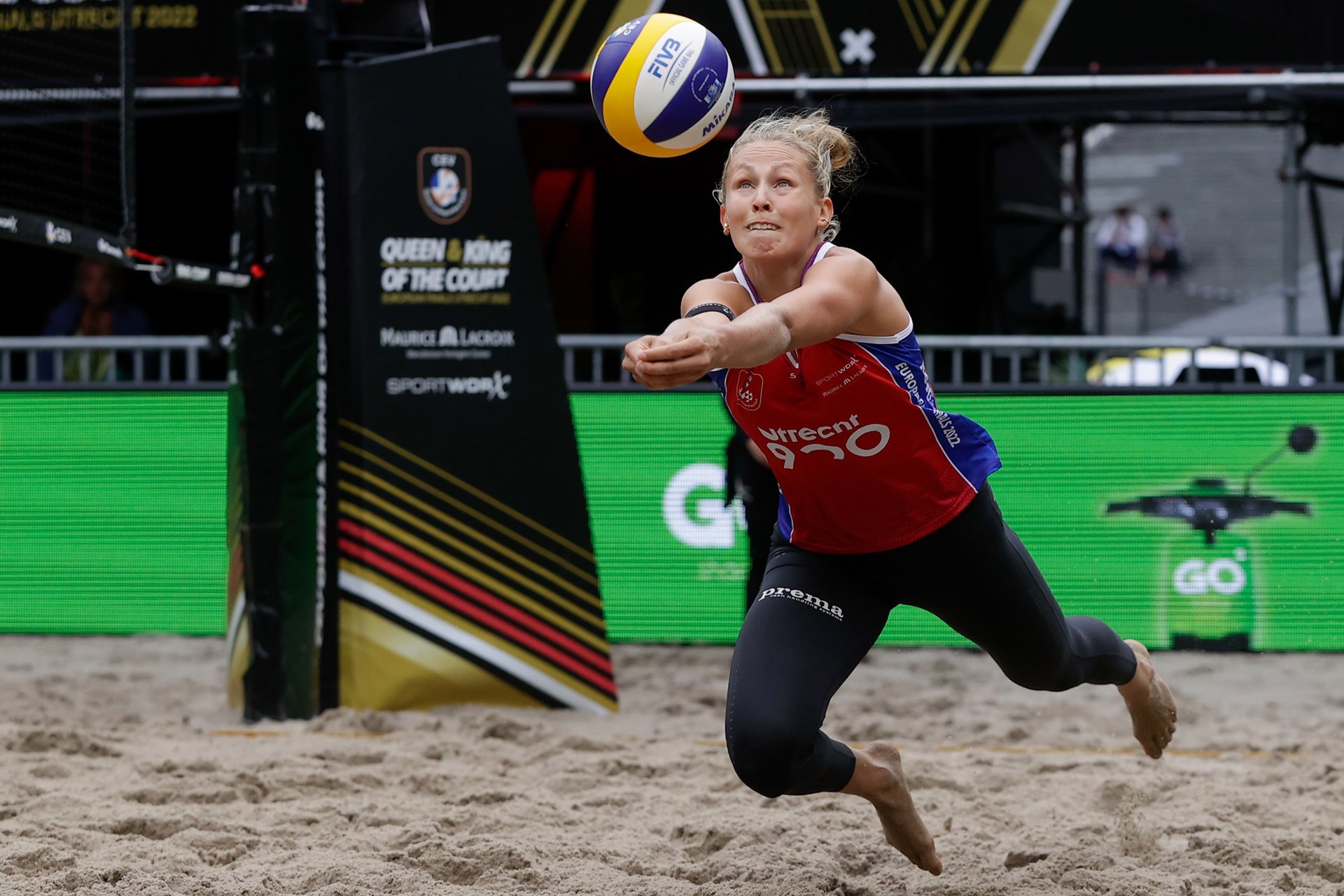 In semifinal B, Brunner and Hüberli saw elimination close on rounds one and two, finishing fourth and third, but brought their best game to the third round, tallying impressive 21 points to finish at the top. Slovenians Tjasa Kotnik and Tajda Lovsin, who also qualified for the final, scored 11 while Ukrainians Valentyna Davidova and Ievgeniia Baieva registered just one on the Queen’s side.

The fifth and last spot in the women’s final will be awarded in a playoff series one hour before the decisive match. The round will reunite Ukraine’s Makhno/Makhno and Davidova/Baieva, Denmark’s Clara Windeleff/Sofia Bisgaard and Germany’s Karla Borger/Chantal Laboureur, who were third and fourth in their semifinal series.

Reigning Olympic and world champions Mol and Sørum of Norway topped the men’s semifinal A. The Beach Volley Vikings had 12 points, one more than European champions David Åhman and Jonatan Hellvig, who also qualified for the final. Estonians Kusti Nolvak and Mart Tiisaar were third with eight points. 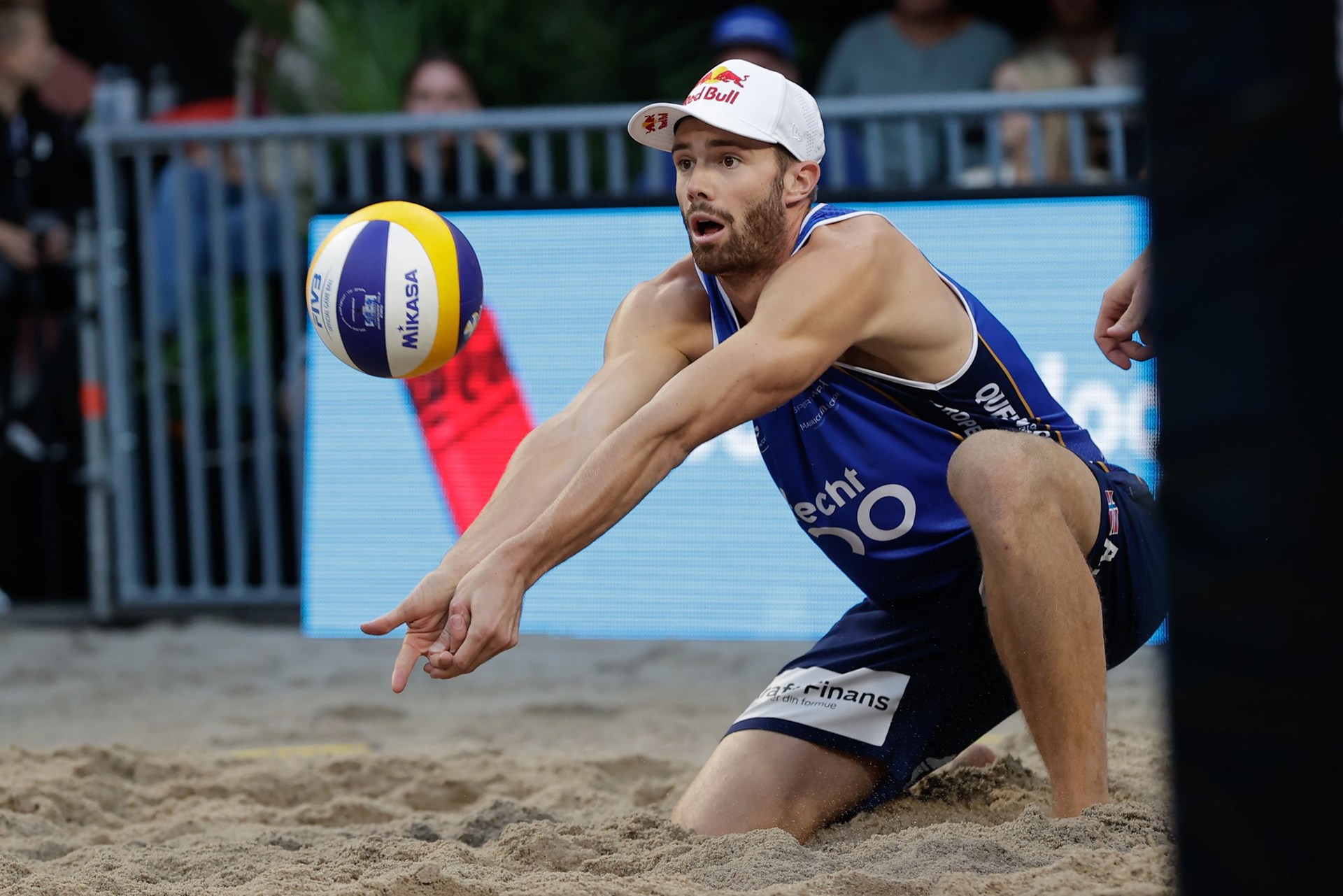 Anders Mol will face his older brother Hendrik in the final

A little later, Hendrik Mol and Mathias Berntsen were the stars of the Norwegian triumph in semifinal B. The two survived round one despite scoring just a single point and grew in the third and final round, scoring 11 points against nine of Dutch Christiaan Varenhorst and Ruben Penninga, who also advanced, and eight of French Youssef Krou and Arnaud Gauthier-Rat.

“It was amazing. We found a good rhythm with our jump serves and our blocking and defense worked really well too. These were really good 15 minutes for us and we’re really happy to be in the final.”

The playoffs for the last spot in the final will feature Estonians Nolvak and Tiisaar, French Krou and Gauthier-Rat and two Dutch teams – Alexander Brouwer/Robert Meeuwsen and Mart van Werkhoven/Matthew Immers.