A record-breaking 197 teams from 36 National Federations have registered for participation in the 2022 edition of the European Cups! This accounts for a huge increase from the 164 that had signed up last year and such a figure confirms that despite all of the challenges still brought about by the global health crisis, the Volleyball family is very healthy and members are wishing to compete on the international stage more than ever before! Volleyball fans can already start looking forward to the Drawing of Lots scheduled for June 25 at 12:30 pm CEST, streamed live on YouTube and Facebook from the state-of-the-art European Broadcasting Centre in Luxembourg City. 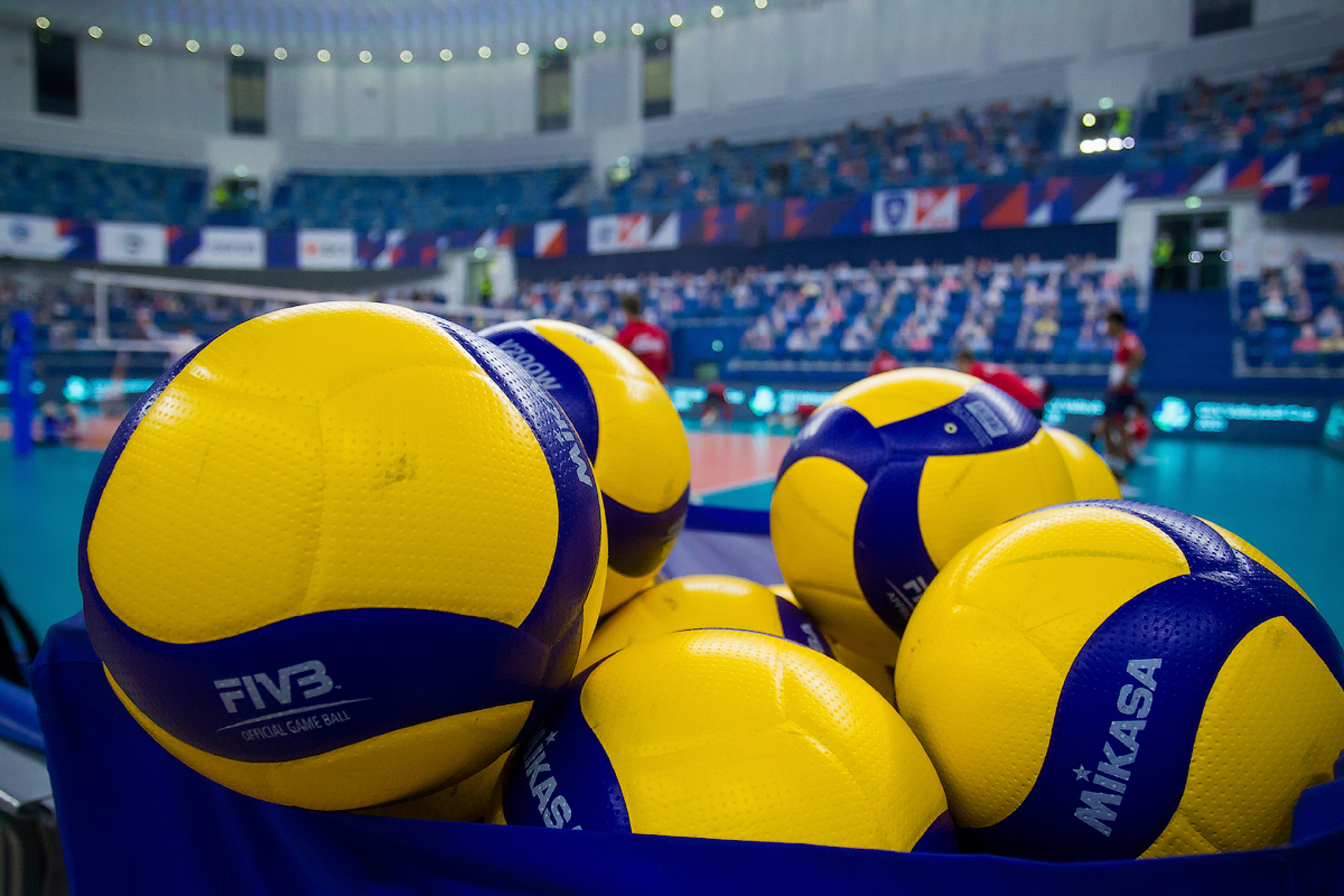 Speaking of the elite CEV Champions League Volley, 35 men’s and 28 women’s teams have registered for participation in the most prestigious of the three European Cups. Teams from as many as 26 National Federations will contest the men’s competition, including a number of newcomers, such as Estonia’s Bigbank TARTU, CDV Guaguas LAS PALMAS of Spain, Slovenia’s OK Merkur MARIBOR, UVC Holding GRAZ of Austria, Bulgaria’s Hebar PAZARDZHIK and Slovakia’s Rieker UJS KOMARNO.

The interest in the men’s competition is so overwhelming that it has resulted into the addition of a preliminary round to the programme. 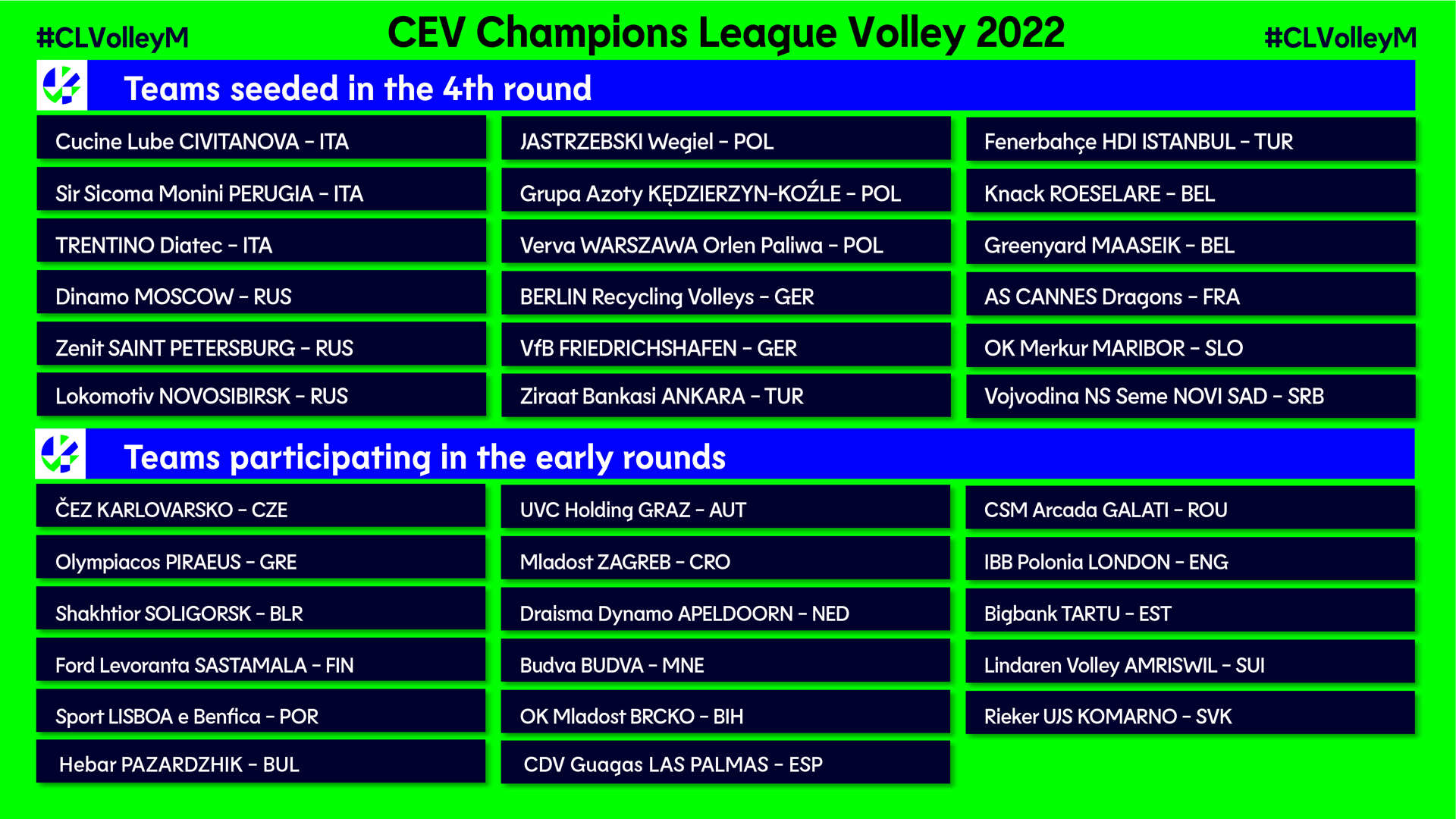 Teams from 20 countries have registered for the women’s event with the rookies including Turkey’s THY ISTANBUL, Vero Volley MONZA of Italy, Fatum NYIREGYHAZA of Hungary, Viteos NEUCHATEL UC (SUI), ZOK Ub UB (Serbia), CV GRAN CANARIA of Spain and Olympiacos PIRAEUS of Greece.

As with previous editions, teams will start their journey in the early rounds or in the group stage of the competition depending on the position of their respective National Federation in the latest CEV Champions League Ranking.

The DOL for the group stage of the CEV Champions League will be taking place in conjunction with the European Volleyball Gala scheduled for September 24, 2021 in Slovenia’s capital, Ljubljana. The reigning champions Grupa Azoty KEDZIERZYN-KOZLE and A. Carraro Imoco CONEGLIANO return to defend the historic titles they claimed at the Super Finals held this past May 1 in Verona, Italy. The interest in the CEV Cup and CEV Challenge Cup is just as massive as well – to the point that the men’s CEV Cup will start with the 32nd Finals, which will feature the teams losing in the early rounds of the CEV Champions League as well. The men’s CEV Cup line-up includes truly elite teams such as Galatasaray HDI ISTANBUL, Arkas IZMIR, Vero Volley MONZA and Kuzbass KEMEROVO, as well as the likes of Zenit KAZAN, PGE Skra BELCHATOW and MODENA Volley following their promotion from the CEV Challenge Cup.

Turkey’s Eczacibasi Dynavit ISTANBUL are the standout name in the women’s CEV Cup together with Unet e-work BUSTO ARSIZIO of Italy and Uralochka-NTMK EKATERINBURG of Russia.

The CEV Challenge Cup will feature a number of up-and-coming teams making their international debut as well as more established ones such as ACH Volley LJUBLJANA and Savino Del Bene SCANDICCI. After a break of a year, the European Cups 2022 coincide with the return to the continental stage of Greek teams, including sides with a truly rich history in European competitions such as PAOK THESSALONIKI, Olympiacos PIRAEUS and Panathinaikos ATHENS.