The Drawing of Lots for the CEV Champions League Volley 4th Round that took place today in the beautiful Ljubljana Castle in Slovenia has provided fans worldwide plenty to look forward to as the most important club competition in the world will make a comeback in the second half of November.

With the help of Swiss volleyball star Joanna Heidrich and volleyball superstar, Italy’s Paola Egonu, the event provided a window into what the new season will bring, with multiple clubs, previous winners of the CEV Champions League set to take the stage together with several newcomers ready to measure up against the best on the continent as soon as the 4th Round kicks off. The women’s draw was in the limelight in the first half of the event, with the 5 top teams from Cup 1 being drawn first to fill in the top spots in each Pool, as the reigning champions of A.Carraro Imoco Volley Conegliano were drawn in Pool E and the SuperFinalists from Vakifbank Istanbul were drawn in Pool B.

Following that, the odds seem to have been in favor of offering quite a balance to the pool phase for this upcoming season, which will make it even more interesting to follow, and with 18 out of the 20 participants already known, the last piece of the puzzle will be revealed at the end of the preliminary rounds in a few weeks’ time. 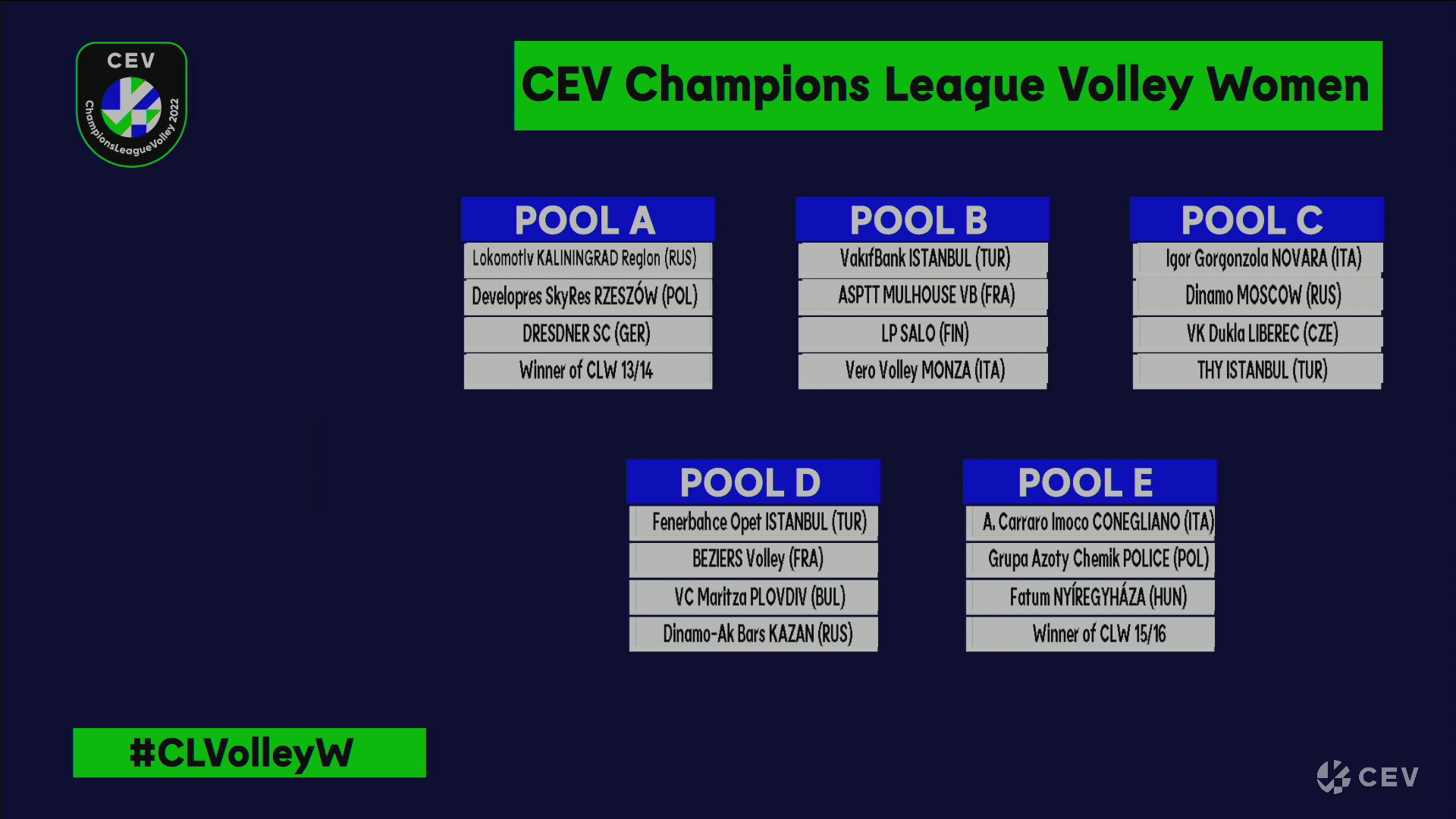 Upon the conclusion of the women’s drawing of lots, the time came to set up the clashes of the men’s 4th Round of the competition. Following the same procedure as with the women’s draw, the teams from Cup 1, according to the Champions League Ranking, were drawn into the top places of each pool.

The reigning champions from Grupa Azoty Kędzierzyn-Koźle, positioned in Cup 2 were drawn into Pool C where they will go against Italy’s Cucine Lube Civitanova in a highly anticipated rematch of last year’s Quarter Finals clash. Positioned in Cup 4, the SuperFinalists from the last edition, Italy’s Trentino Itas were drawn into Pool E, setting up an All-Italian battle with Sir Sicoma Monini Perugia. 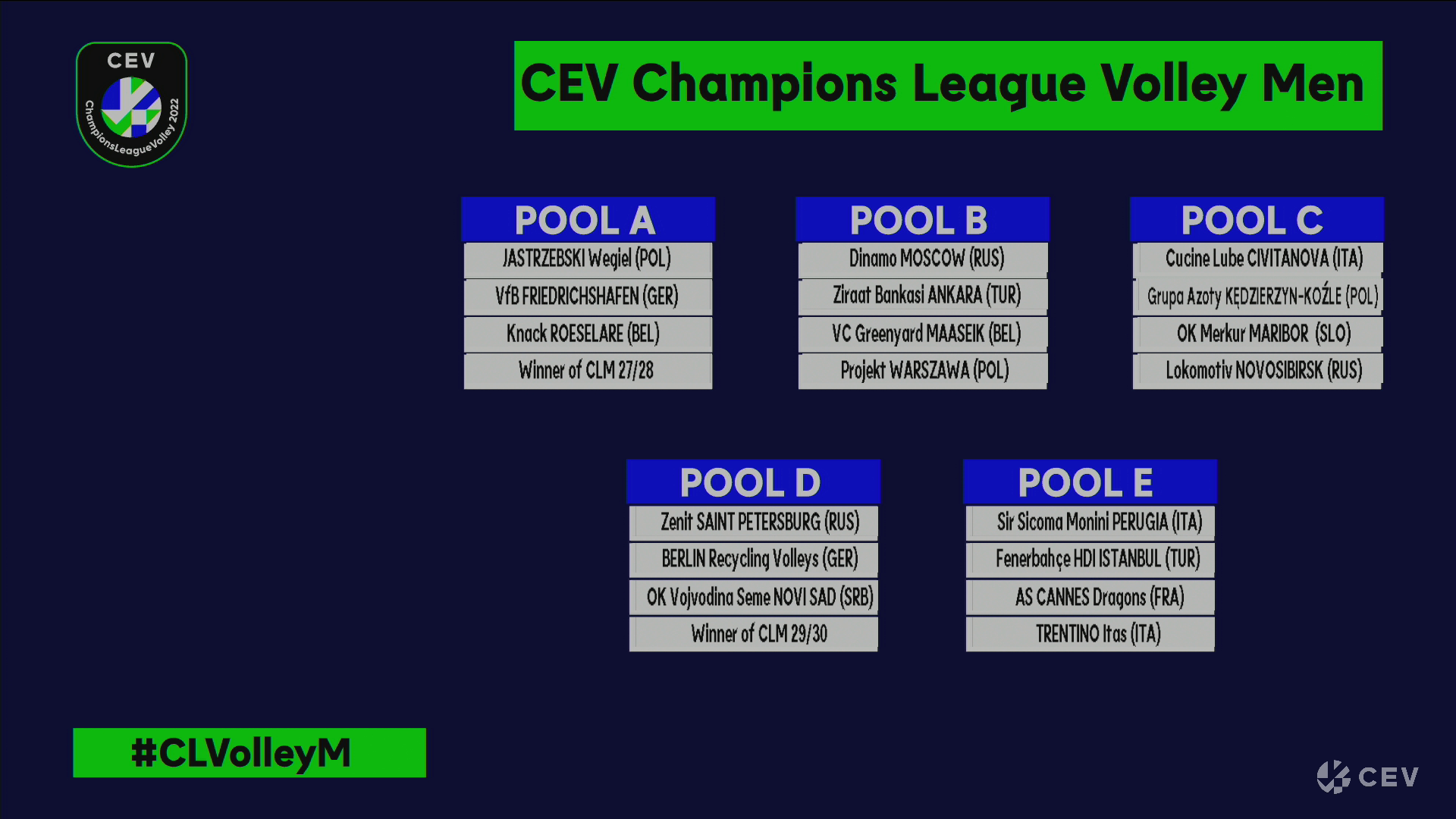 Make sure to visit and subscribe to EuroVolley.TV to follow all the matches from the preliminary rounds of the CEV Champions League Volley and from the 4th Round all the way until the SuperFinals scheduled to take place in May 2022.