Just a little over a month after the completion of the 2021-2022 CEV European Cups season culminating with the CEV Champions League Volley Super Finals held in Ljubljana, Slovenia 22nd May, the Drawing of Lots for the early rounds of the Champions League 2023, as well as the CEV Volleyball Cup and Challenge Cup across both genders took place today in Luxembourg, the home of the Confédération Européenne de Volleyball (CEV).

The new season sees a record-breaking 216 clubs from across 37 National Federations entering the race across the three competitions, with the full list of registered clubs available here.

The leading club-competition in the world, the CEV Champions League Volley has received a slight upgrade for the upcoming season with the introduction of an additional round – the Play-off Round, set to be contested at the end of the pool phase of the competition. Thus, the 5 pool winners will qualify directly into the Quarter-finals, while the 5 teams in second place as well as the best team finishing in 3rd place will enter the play-off round.

The first Round of the CEV Champions League Volley Men will have teams, playing each other home and away at the end of September as shown by the charts below. In the event where a team gets a “Bye” they will automatically qualify into the next round of the competition. 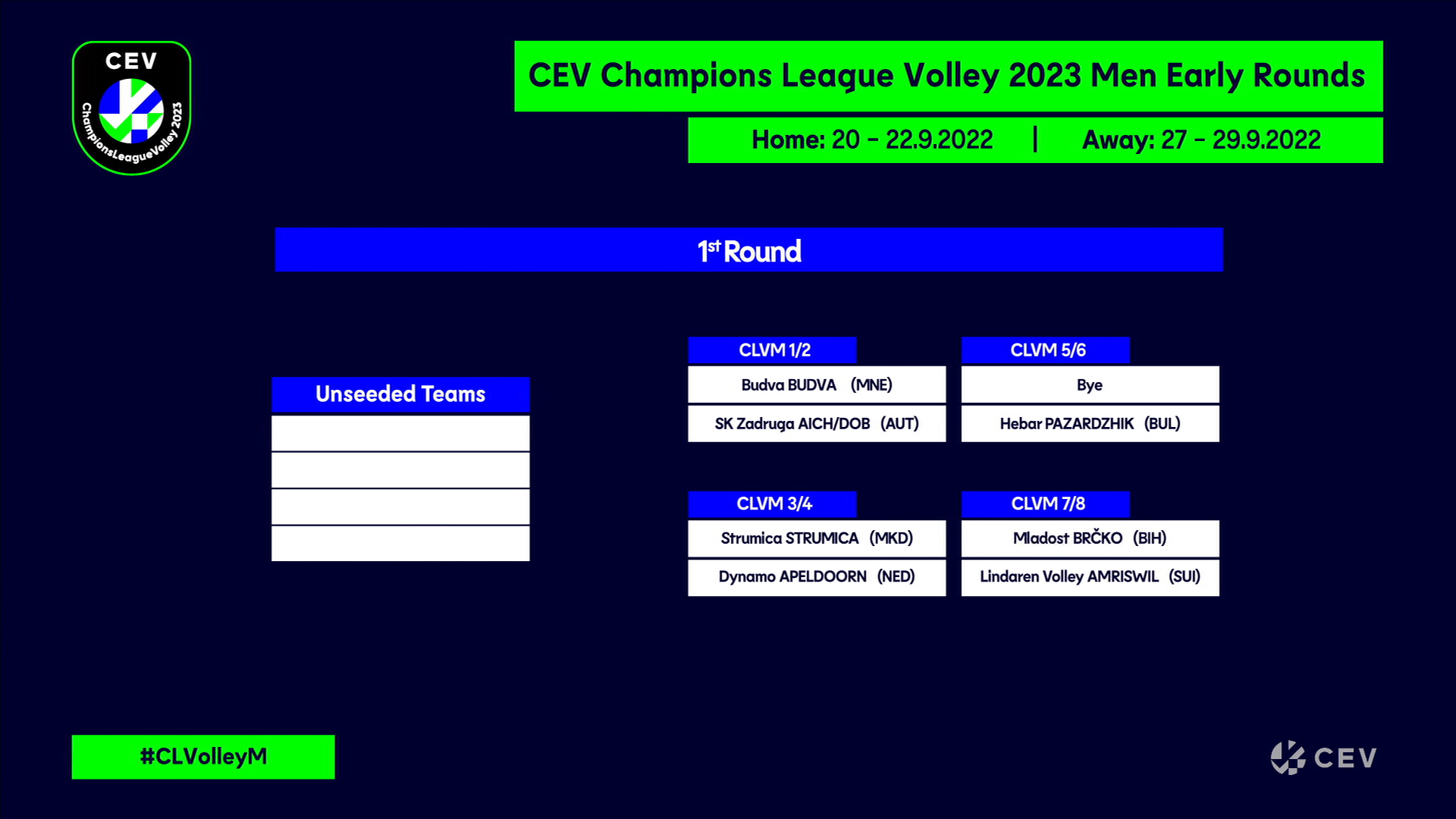 The First Round of the Women’s Champions League will see teams playing each other home and away at the end of October as shown by the charts below. 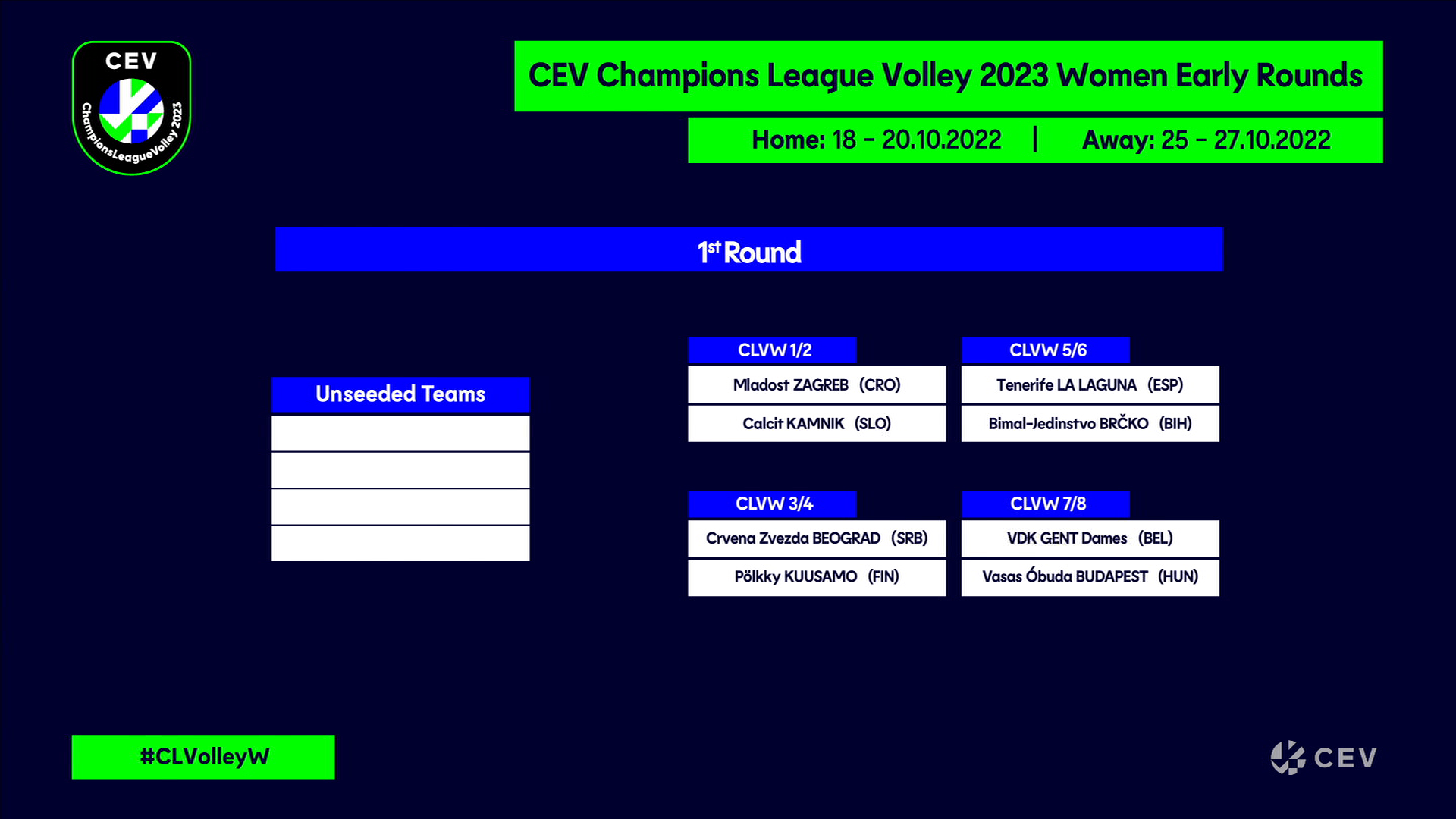 The Drawing of Lots for the 4th Round of the CEV champions League Volley 2023 will take place on 16th September.

The CEV Volleyball Cup Drawing of Lots for the men’s competition included both the first (1/32 Finals) and second round (1/16 Finals) draws, with sixteen teams already seeded in the 1/16 Finals. 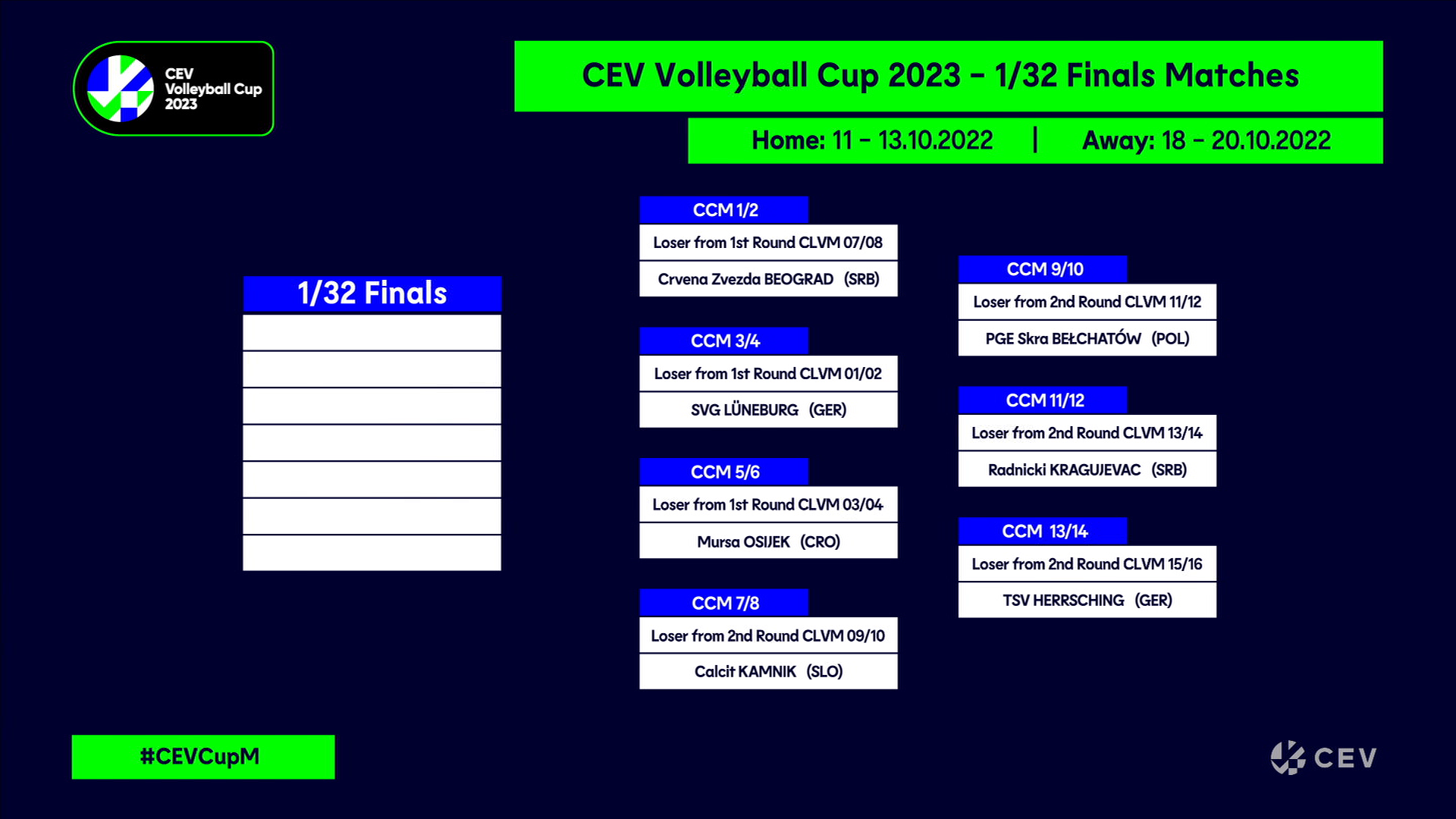 For the 2023 edition of the CEV Volleyball Cup an extra round has been added, which will see 4 teams coming down from the pool stage of the Champions League and they will be playing the winners of the  play-off round in the CEV Cup itself. 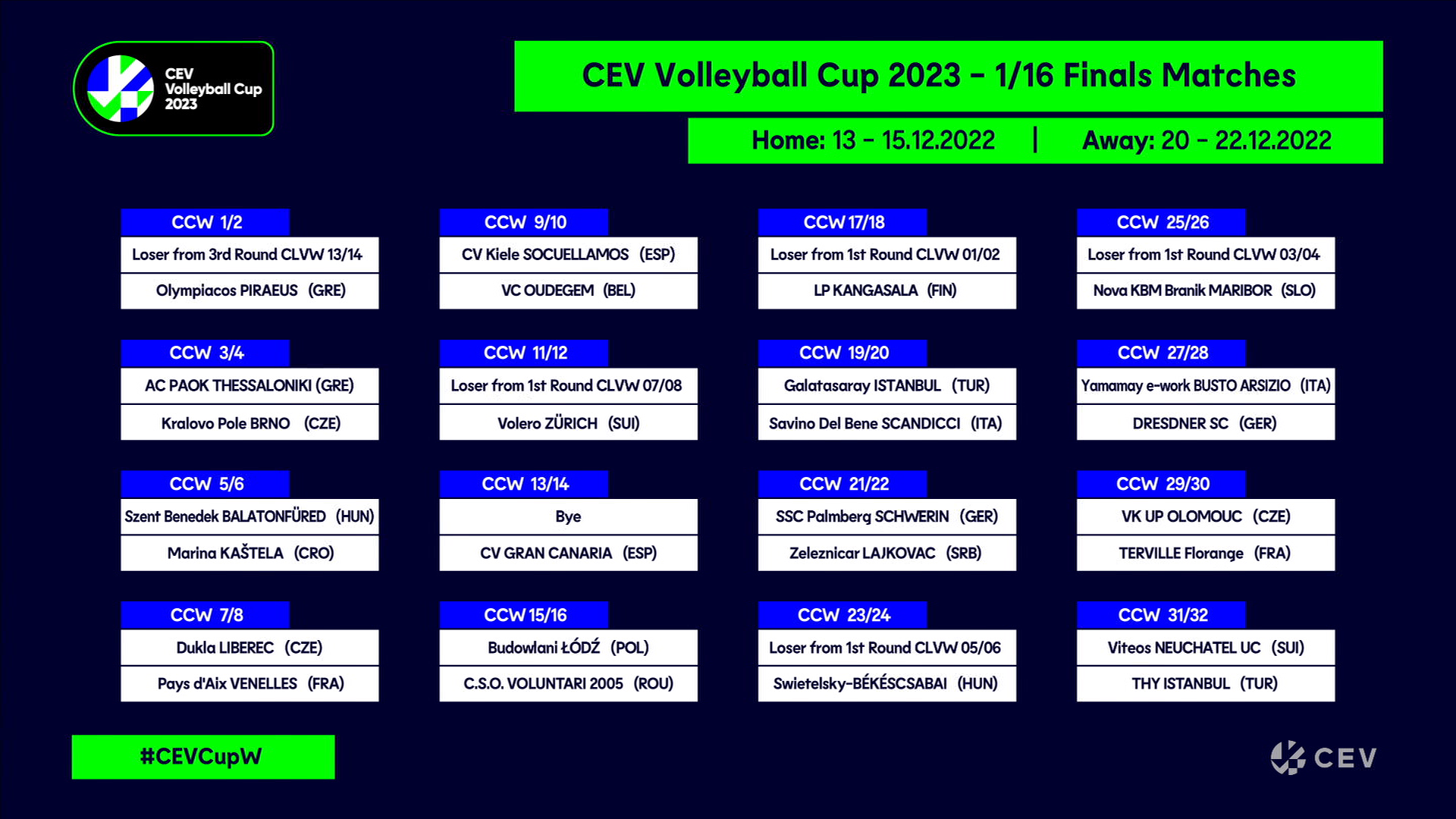 The Drawing of Lots for the European Cups concluded with the CEV Volleyball Challenge Cup draw for the 1/32 and 1/16 Rounds in the men and women’s competitions. 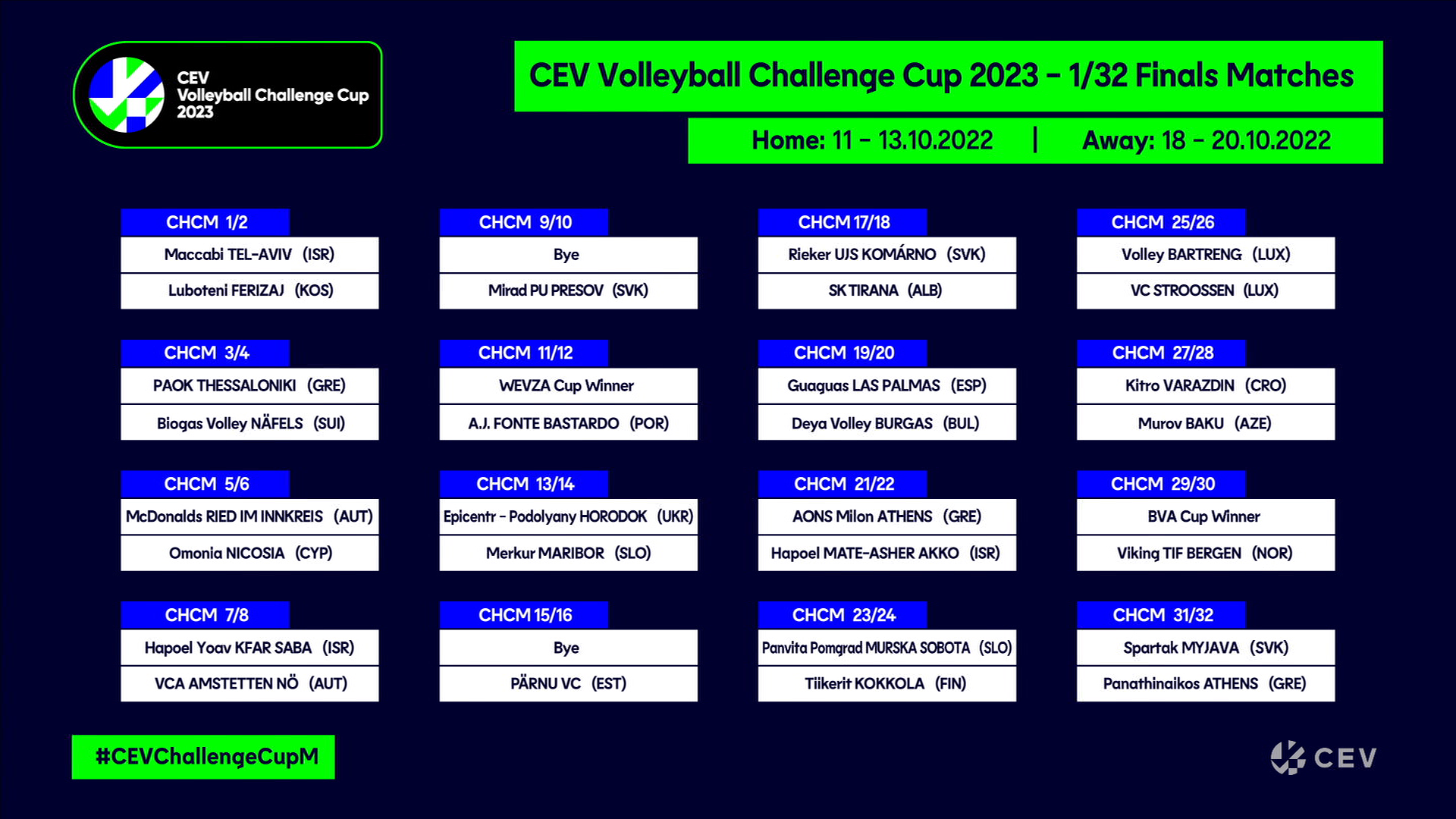 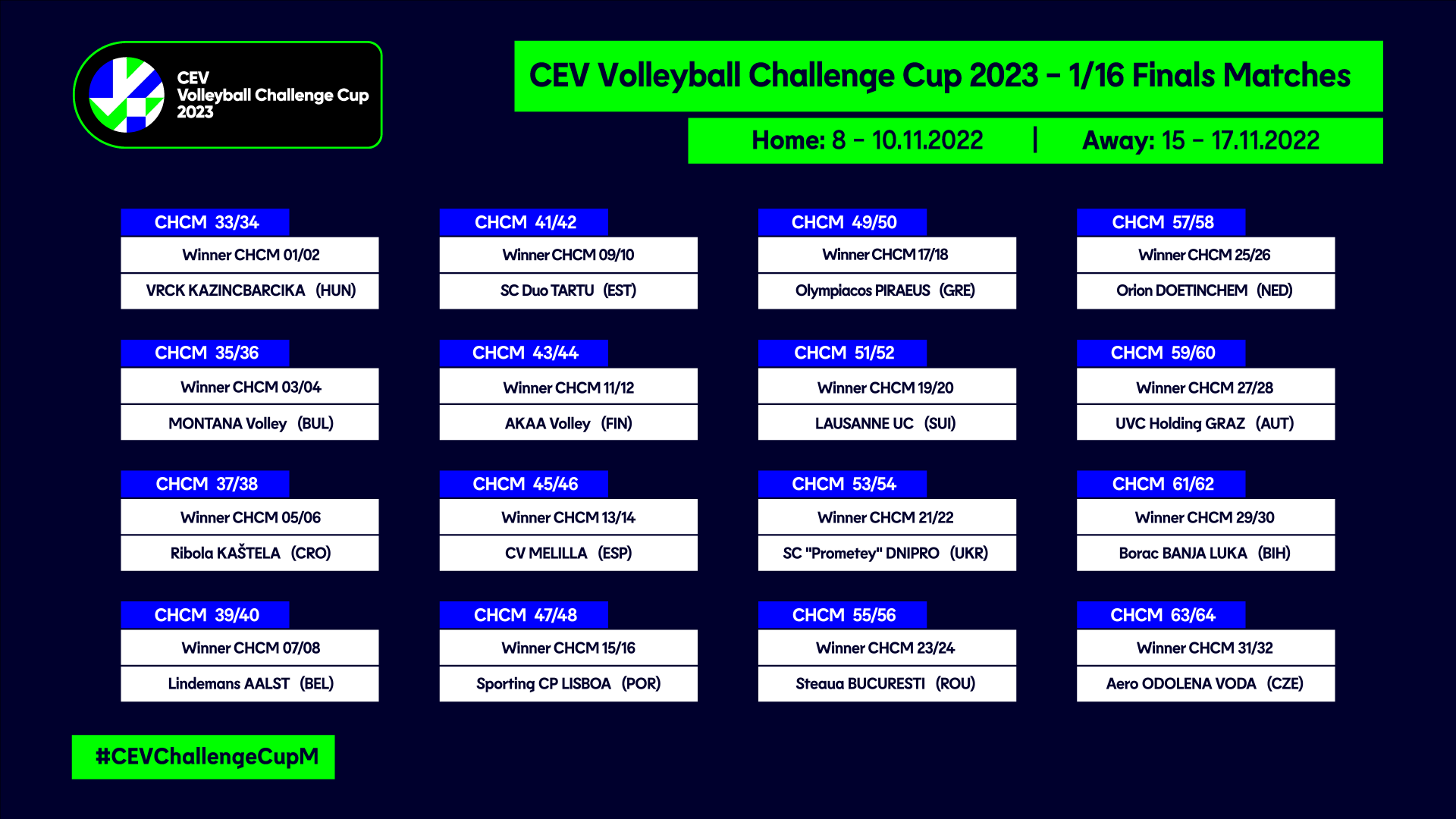 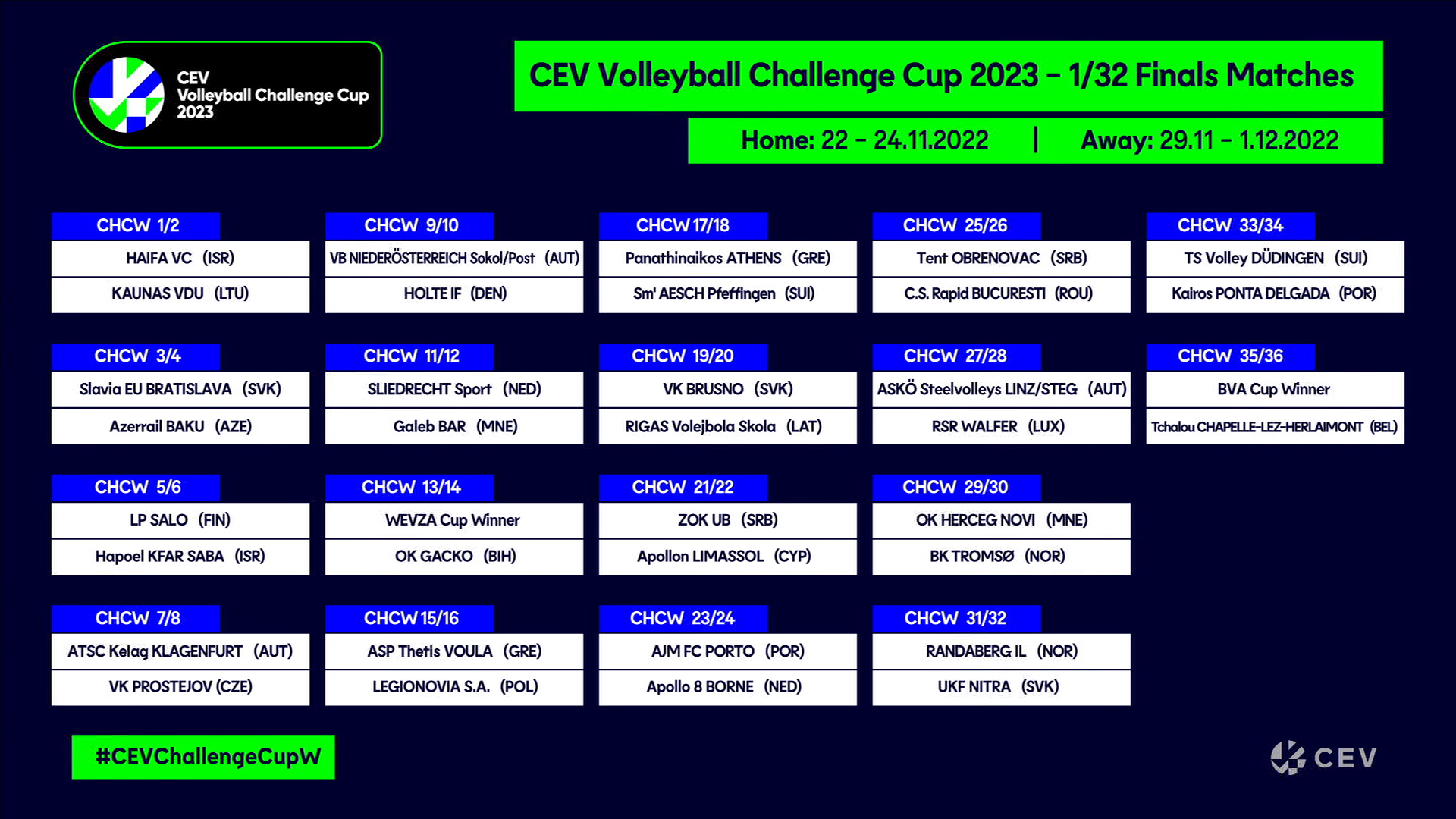 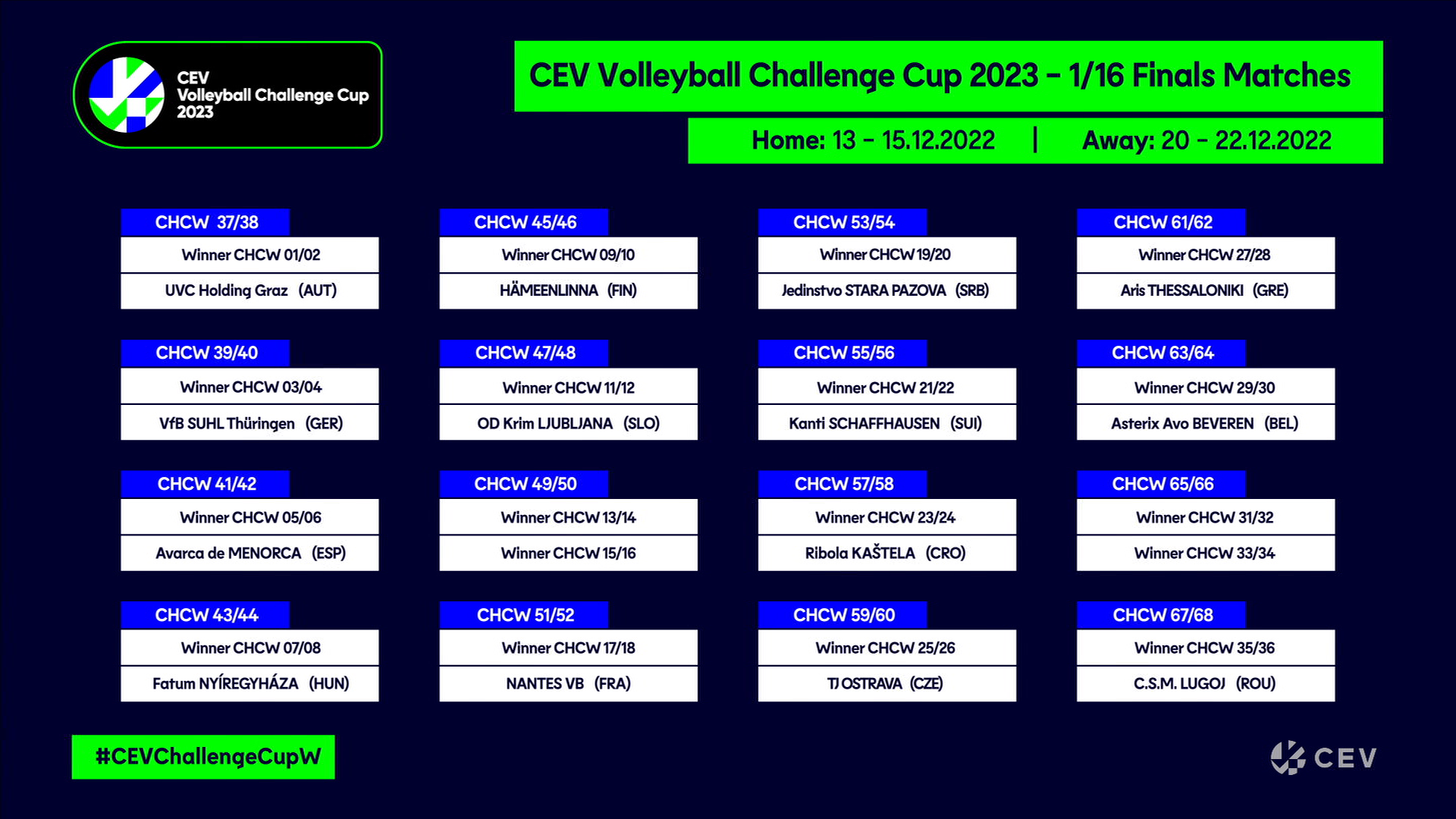