After losing 0-3 last week in Poland, the players of VK Dukla LIBEREC had a mountain to climb in their re-match with PGE Skra BELCHATOW scheduled for the 16th Finals of the CEV Cup. They managed to take at least one set this time, but pre-favourite Skra eventually progressed to the next round. 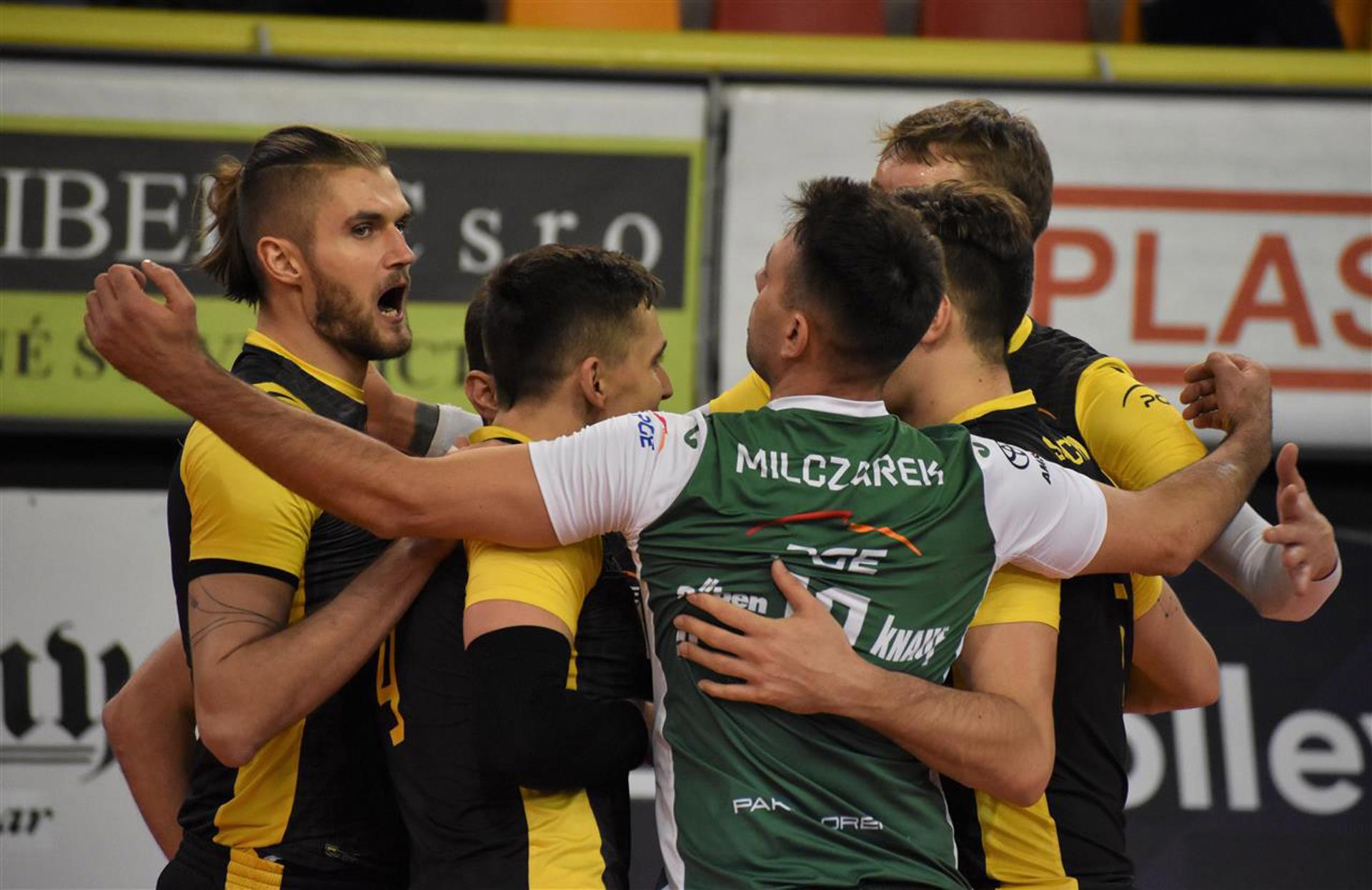 “I started to work with the team only three days ago and I wanted to make sure they would find their pace in this game – I think we succeeded in doing so. Of course, Skra were the favourites but we put up a fight.”

Petr Brom, who has been at the helm of the Czech team for a very short time, had to make some changes to his starting six as his side trailed 11-15 in the opening set. However, even the substitutions could not turn the tide around and the Poles eventually won the first set 25-20. Skra continued to set the pace of the game in the second set, which ended at 25-17 in their favour – and at that point, they had booked their ticket to the next round.

With nothing more to lose, Dukla played more relaxed in the third set and claimed a 14-10 advantage. Skra’s head coach Radoslaw Kolanek asked for a time-out at 19-16 for the Czech team but a service error by the Polish standout eventually sealed a 25-23 set win for Dukla. The two teams exchanged the lead back and forth in the fourth set – but this time Skra’s players remained more focussed to close the set and match in their favour at 25-23.

“We hoped to win two sets to advance to the next round. We are happy, because we controlled the game in the first two sets. After that, we started to play a bit worse and the opponent performed extremely well. We are happy for the result.”

Jakub Vesely, captain of Dukla: “I am proud of my team, since even after losing the first two sets we continued to fight and won the third set. If we play like we did today in the CEV Cup, I hope we will perform better in our national league too.”

Radoslaw Kolanek, head coach of PGE Skra BELCHATOW: “It is always difficult when you play away from home. I think we played as a team. Our setter Grzegorz Lomacz played extremely well. In the third set, however, we had some problems. Later it was a bit of a strange game for us. Congratulations to our opponent, as they played really better than they had done in Belchatow, but we fought to win this game. A victory was the most important thing for us.” 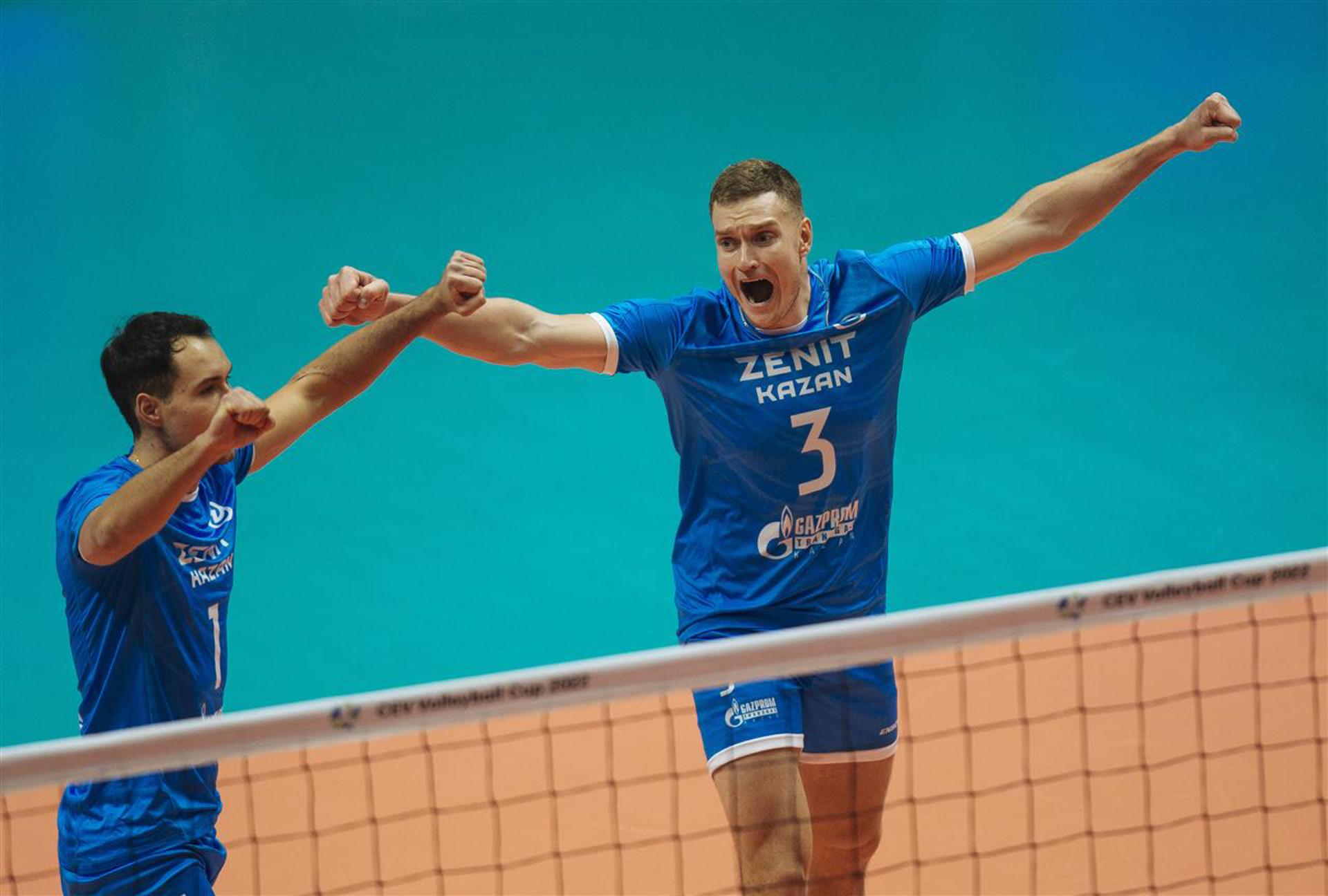 Russia’s Zenit KAZAN, whose roster includes world and Olympic champions, claimed back-to-back wins in their matches with SK Zadruga AICH/DOB of Austria. The six-time Champions League winners did not drop a single set but the Austrians put up more of a fight in the second fixture with the Russian standout.

"To dream of a promotion to the next round would have been completely unrealistic. I am satisfied with what we did, especially in the second match. All players had the opportunity to take to the court and we had four Austrians standing on the court. In the second set, we were close to cause a surprise, the opponents did not like that at all and they just thumped us in the third set. It is a different level, these matches were an experience for our players. They only see such top stars on TV."