Hermes come up short of springing surprise in Athens

After losing the first matchup in straight sets on Tuesday afternoon, Hermes Rekkenshop OOSTENDE did almost cause a sensation in their re-match with Panathinaikos AC ATHENS scheduled for the 8th Finals of the women’s CEV Challenge Cup. As they claimed a 2-1 lead, the Belgians seemed likely to go for a Golden Set, but Panathinaikos could avoid that risk as they won the all-important fourth set. Hermes eventually celebrated a 3-2 victory to leave the competition with their heads held high. 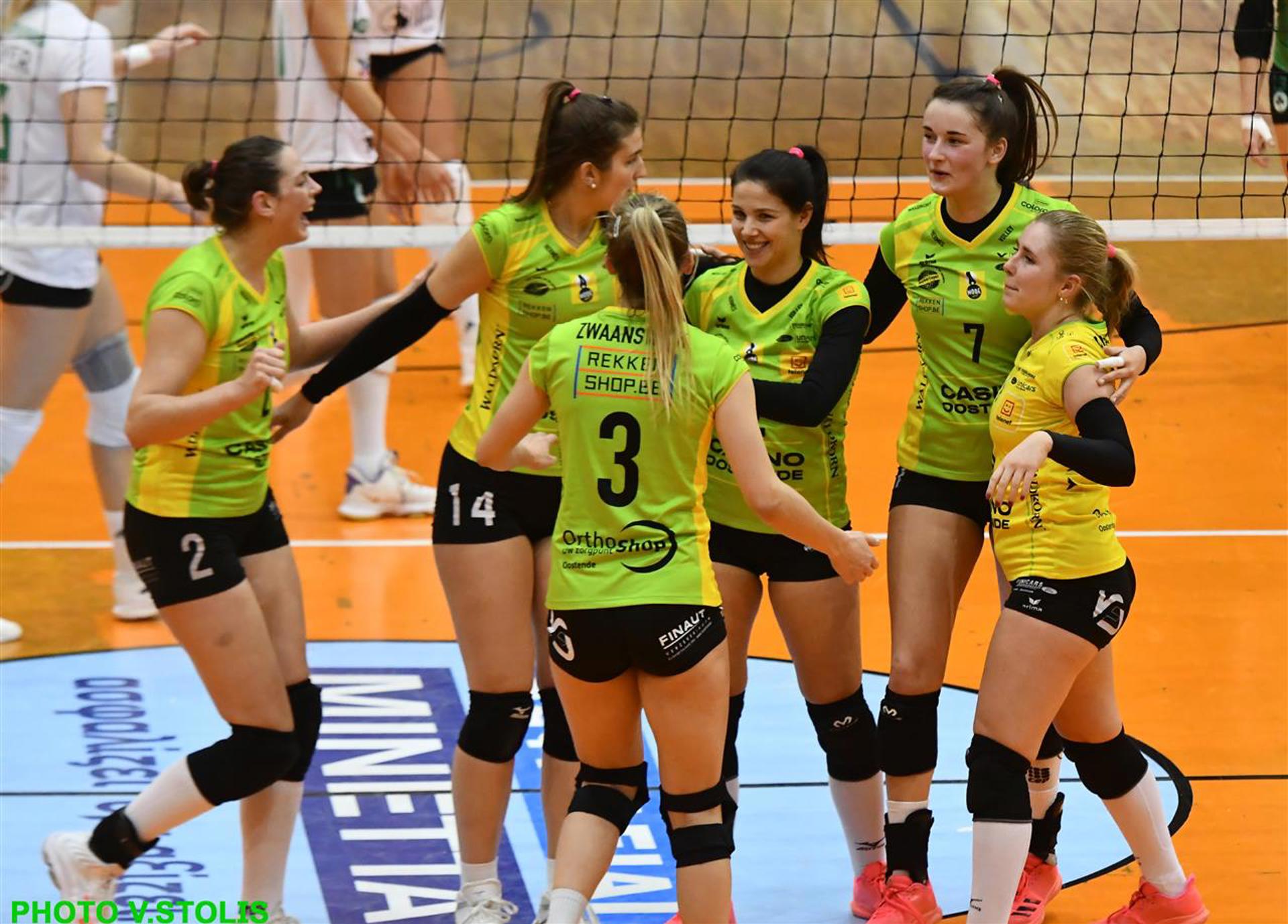 The players of Hermes had regenerated after their heavy loss on Tuesday by paying a visit to the iconic Acropolis in Athens in the morning of Wednesday and this experience seemed to pay dividends. They won the first set 25-22 after leading from start to end – but Panathinaikos responded swiftly with a 25-18 win in the second. Hermes fought their way back to stay in contention for a spot in the quarterfinals after taking the third set 25-21. Despite losing 2-3, Panathinaikos will continue their journey in the quarterfinals of the Challenge Cup

At this stage, Hermes were still in with a chance to reach the next stage of the competition. However, Panathinaikos showed nerves of steel as they claimed a closely fought fourth set (25-22). The tiebreaker did not have much of a meaning anymore – and Hermes still played with courage to lead 8-4 at the side switch before sealing a well-deserved 15-10 and 3-2 victory.

Loladina Zwaanswijk and Merle Baasdam were the best players for Hermes in a valiant effort against the current leaders of the Greek national league.