The 201 cm tall Kathryn Plummer will be spending a second straight season with Imoco Volley in Conegliano. The former player of Stanford University, Monza and Denso Airybees (Japan) was the seventh best spiker of the Italian national league in 2021/2022 and she is currently competing with Team USA in the Volleyball Nations League (VNL), where she just recorded as many as 20 points in the matchup with China in Quezon City, Philippines. 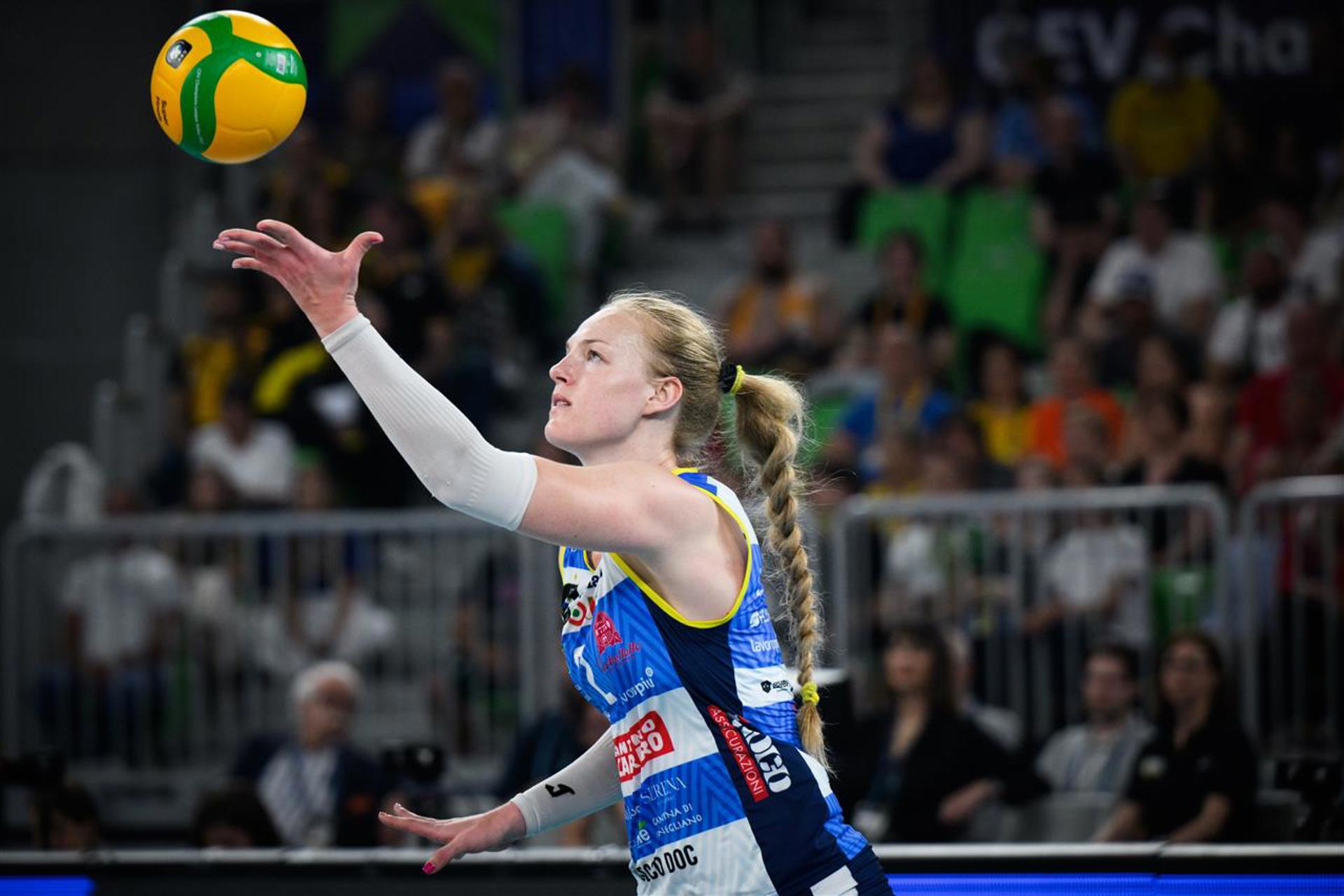 The still very young Kathryn, born in 1998 in California, has obviously matured and evolved with Imoco throughout a season where she reached the final stage of the elite CEV Champions League Volley. “It was an important season for me. I definitely think I have grown as a player. Constantly playing against the best athletes in the world in the Italian Championship and Champions League makes you work harder and learn faster. I think I have become a player able to fearlessly challenge other teams and other players, and that is exactly what I want to do,” she says.

Plummer has taken many valuable lessons from her first season with the ‘Panthers’.

“The first season at Imoco taught me patience, both with myself and the learning process and with relationships. Now I understand that I do not always have to be perfect, but I just have to be good and know how to solve problems that arise with the help of my teammates. I also learned to build relationships with my teammates, on and off the court, to integrate into a group while playing at the highest level.”

The goals for the coming season are high. “I am very proud to stay in Conegliano. I want to thank the club, the coach and the technical staff for confirming their confidence in me. I am enthusiastic because I will be able to learn and improve further. I cannot wait to embrace my new teammates and to continue the path we have built as a team. Next season there will be many new players and I am excited about this, since it will be stimulating. I think my style of play will adapt very well to the new roster. I am working to improve reception and defence, so I think I can contribute in many ways and be able to do what coach Santarelli asks of me. My goal and that of the club is to win all the trophies that we can and I want to work every day to improve and help the team reach the goals we have in mind.”

While she is away from Italy, there is quite little time to rest for Plummer. “This summer I am training with the national team and I am currently playing in the VNL. It is great to play against the best teams in the world and meet different volleyball schools. The dream I am working hard for is to make the roster for the World Championship. There will also be some time to take a breather, as I cannot wait to spend some time at home with my family and friends.”