In the spotlight: rising European stars shine at the U21 Worlds

A successful Volleyball year for the European Volleyball was highlighted by the latest success of the rising stars of the continent. The young hopes, who competed at the 2021 FIVB Volleyball Men's U21 World Championship, that took place from September 22 to October 3 in both Italy and Bulgaria, secured an all-European podium. Unbeaten, Italy were crowned champions, followed by Russia (silver) and Poland (bronze).
The players of these U21 teams were also the main protagonists of the CEV U20 Volleyball European Championship 2020, when Russia disappointed Italy in the battle for the first place, while Poland finished seventh. 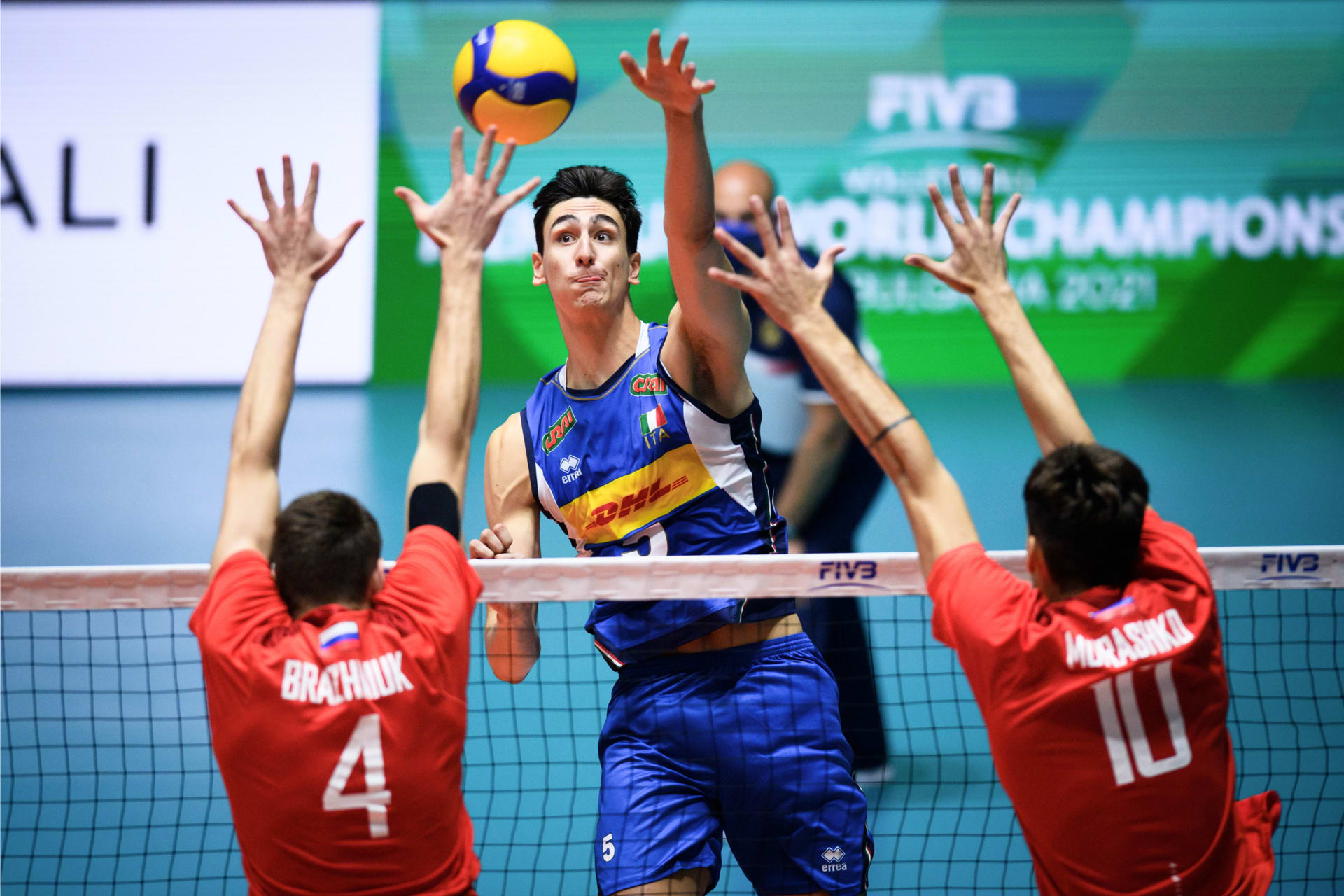 Back to 2021, as many as seven young European men made it to the dream team of the U21 World Championship. The Argentinian outside hitter Manuel Armoa was the only non-European player among the best ones.

Who were the leaders of these Top 3 teams, helping their sides in deciding moments?

MVP of the tournament, Michieletto had made a special promise to his teammates before the start of the competition. Missing the first days of the championship, the newly crowned champion of #EuroVolleyM, the 19-year-old flew to Cagliari with the mission not only to play but to additionally spark the motivation of team Italy. Statistically, the player of Trentino Diatec didn’t make it on top of the final standings in the different elements, but his help was crucial in deciding moments, delivering at times 100% efficiency in attacking, and finishing as top scorer in the final match with as many as 18 points to his name. Already facing the fresh challenges of the club season, Michieletto is definitely the player to watch out for in the future.

Best opposite of the U21 World Championship, Murashko (10) played a pivotal role for team Russia’s performance throughout the whole tournament. In fact, losing the Grand Finale to Italy, was Russia’s only loss. Finishing with a total of 86 points in the competition (11 aces), Roman’s good performance on the serve was crucial in deciding moments. Born on May 24, 2002, Murashko is currently playing for Dynamo Chelyabinsk, but before joining the team from the Russian League A this season, Roman was part of the second team of Lokomotiv Novosibirsk. He started playing Volleyball in 2010, and besides finishing with the silver medal from the 2021 U21 Worlds, he has won also a third place in the European Youth Olympic Festival in Baku 2019, and second place in the 2019 Boys U19 Worlds.

Together with Italy’s Nicola Cianciotta, Urbanowicz (12) was awarded Best Middle Blocker of the 2021 FIVB Volleyball Men's U21 World Championship. With an efficiency of 7.46 and an average of three blocks per match, Urbanowicz finished the tournament with 24 blocks to his name. Only Belgium’s Lennert Van Elsen recorded more (28).
Poland’s middle blocker, who stands at 200 cm tall, has started his career in Trefl Gdańsk U19, and from the 2019/2020 season is part of the senior team of the club.
Hopes are high for Karol to continue on a positive note with his career, and as head coach Daniel Pliński has stated, Urbanowicz and his teammates could make it to the senior team.