Ludwig and Kozuch among four Europeans in the quarterfinals

Led by reigning Olympic champion Laura Ludwig and her partner Margareta Kozuch, three women’s European beach volleyball teams advanced to the quarterfinals of the Tokyo Olympics after winning their Round of 16 matches on Sunday. On the men’s side, Norway's Anders Mol and Christian Sørum also secured their spots among the top eight teams of the tournament. 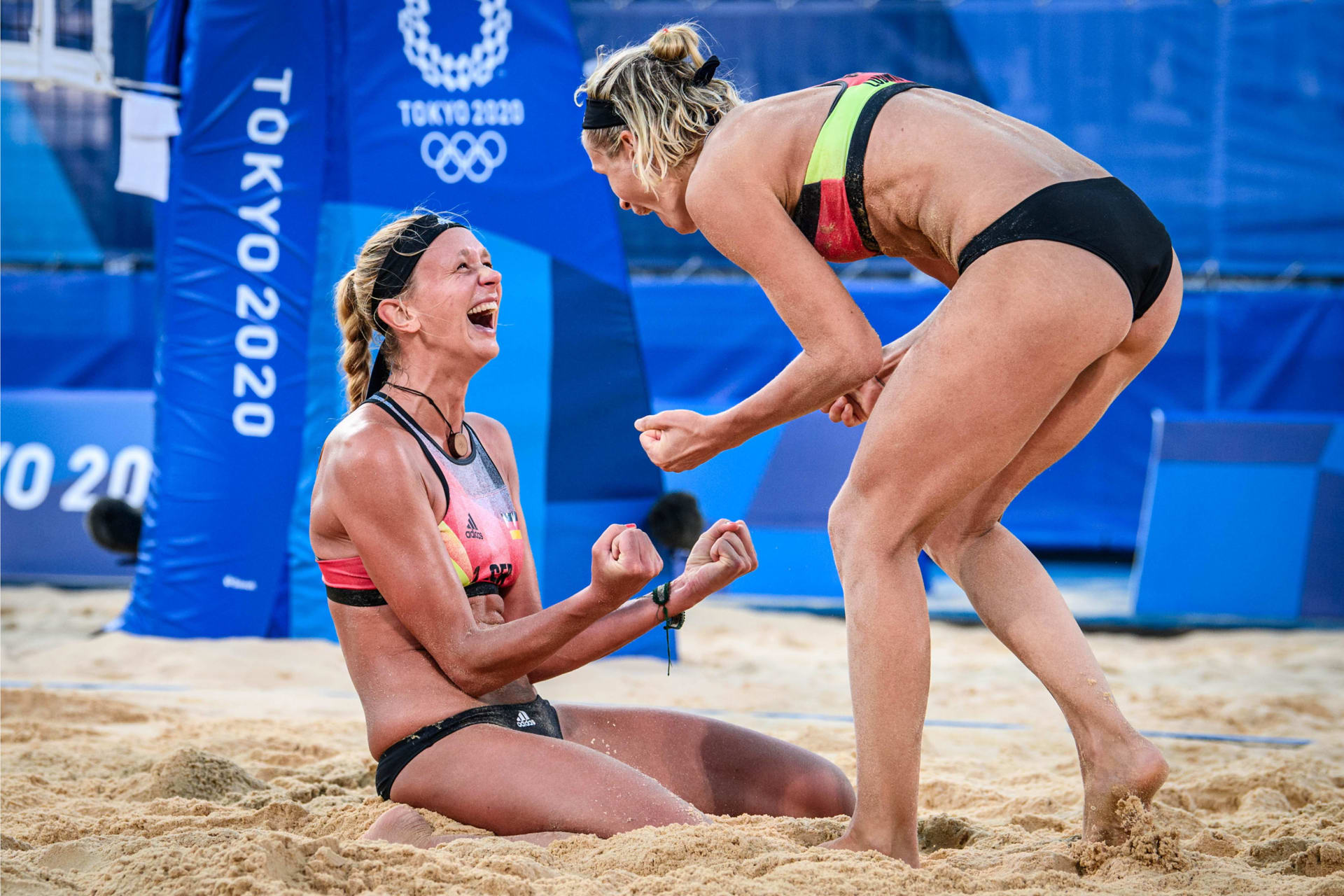 The 35-year-old Ludwig, who’s playing on her fourth Olympics, and the 34-year-old Kozuch, who’s competing on her first, have arguably delivered their best performance in Tokyo so far to eliminate world ranking leaders and medal favorites Agatha Bednarczuk and Eduarda ‘Duda’ Lisboa of Brazil with a 2-1 (21-19, 19-21, 16-14) victory.

Ludwig scored 23 points on attack while Kozuch had 14 to go with three blocks in their effort to make it the to the quarterfinals, where they will face the winners of USA’s April Ross/Alix Klineman and Cuba’s Leila Martinez/Lidiannis ‘Lidy’ Echeverria, who play on Monday. 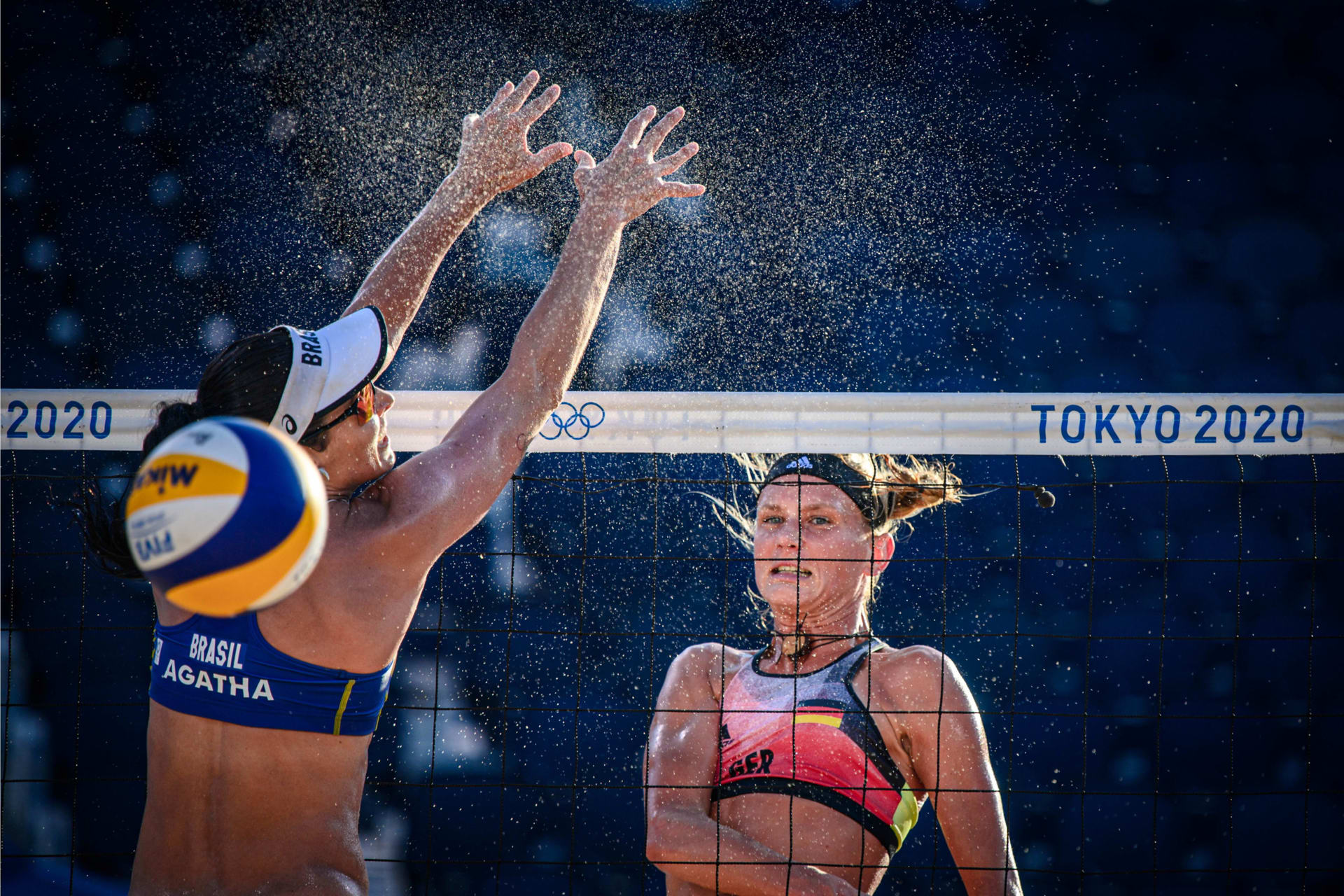 “We're just proud and after the game we were all shaking and we didn't know where to look at, what to do because we were so focused on the game. We knew it was going to be a close match. We knew they were going to be really tough to play but we knew also we had a chance and we just took the chance. I feel just overwhelmed that we were so calm and that we had enough patience, especially enough patience, against a really good team to show our beach volleyball.”

Reigning EuroBeachVolley champions Anouk Verge-Depre and Joana Heidrich also needed to bring their best game to prevail in the all-Swiss Round of 16 match against Nina Betschart and Tanja Huberli. Heidrich and Verge-Depre were slightly better than their compatriots, securing a three-set (21-12, 19-21, 23-21) triumph to move forward. 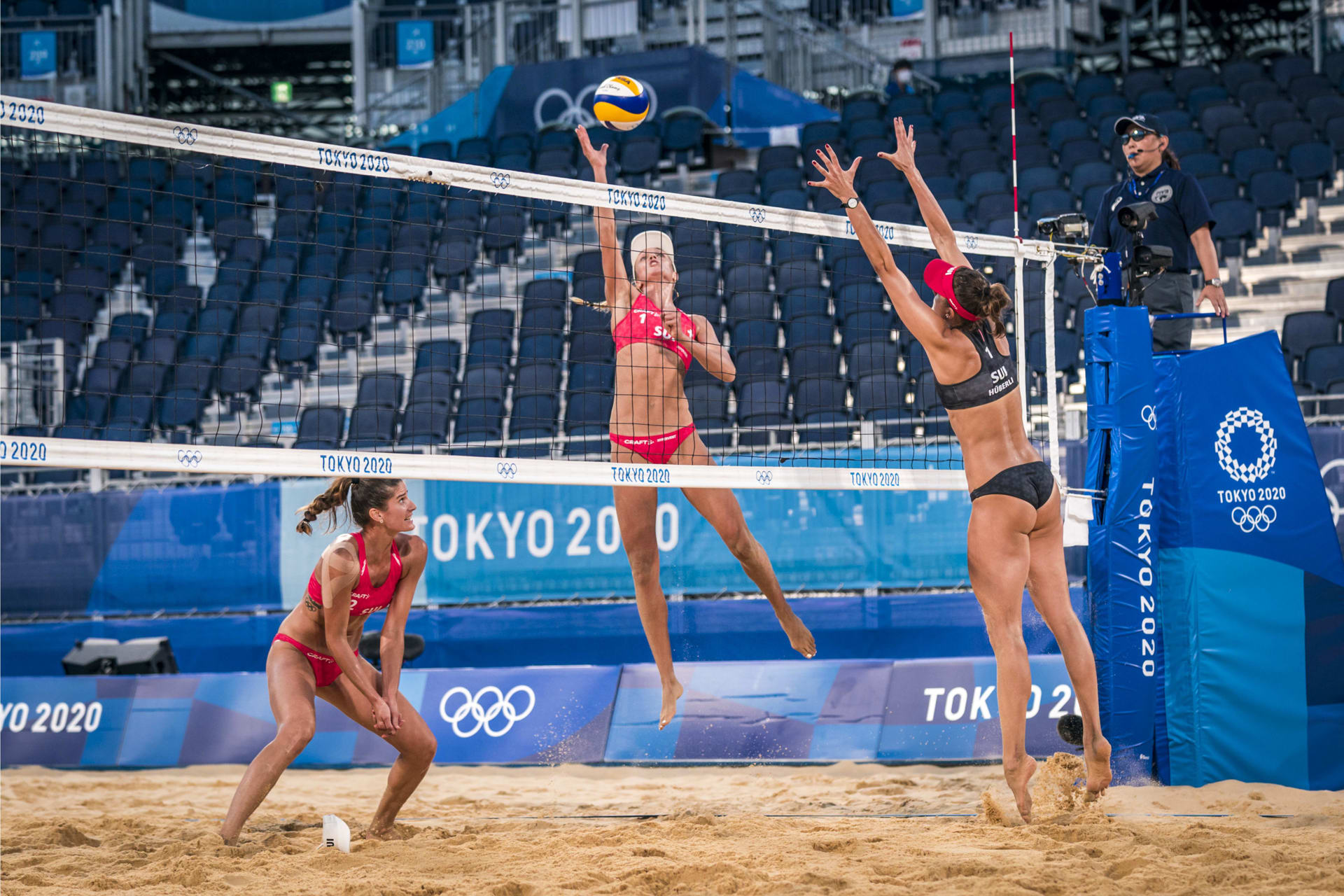 Both players had tremendous performances in the match, as Verge-Depre was strong on offense, registering 28 kills to go with one ace, while Heidrich had 13 points in attacks, besides four blocks and four aces. They will now face Brazilians Rebecca Cavalcanti and Ana Patricia Ramos for a spot in the semifinals.

“We know each other so well, I think it's been one of the toughest games in my career. The opponents know exactly what I'm going to do in which situation. Same for them. I think that's why there were so many rallies. It's been a really tough game and I'm so happy those two points (at the end of the match) went on our side.”

Latvians Tina Graudina and Anastasija Kravcenoka also were on the right side of a three-set duel as they eliminated Russian Olympic Committee’s Nadezda Makroguzova and Svetlana Kholomina with a 2-1 (16-21, 21-17, 15-13) Round of 16 win.

Graudina scored 19 points (14 kills, four blocks and one ace) while Kravcenoka had 17 (16 kills and one ace). The Latvians will now meet Canadians Heather Bansley and Brandie Wilkerson.

“We went in with such a fighting mentality. It's all or nothing. There's nothing to save. The match was crazy. We were down, we weren’t supposed to win but we just won with pure grit. Grit and fearlessness is how I would describe it. I t just tells us that we should never ever give up, no matter what.”

Spain's Liliana Fernandez and Elsa Baquerizo will be the only European women to fight for a spot in the quarterfinals on Monday. They will face reigning world champions Sarah Pavan and Melissa Humana-Paredes of Canada.

Two men's European teams were in action today at the Tokyo Olympics with only one being able to go through to the Quarter Finals as Norway's "Beach Volley Vikings" Anders Mol and Christian Sørum went against the Dutch pair of Alexander Brouwer and Robert Meeuwsen in the last match of the day. Bronze medalists in Rio 5 years ago, the Dutch team went into today's match knowing they have to be at their highest level if they are to eliminate one of the strongest teams of the tournament, Norway's Beach Volley Vikings, multiple CEV EuroBeachVolley winners.

Unfortunately, things didn't seem to go their way from the start, always having to push hard not to fall too far behind but not seeming like they can push hard enough to take the lead themselves.

It took two sets in just 41 minutes (21-17, 21-19) for the Norwegians to win their place into the Quarter Finals, while eliminating the last Dutch team still in the tournament, following the early exit of Stam/Schoon and Keizer/Meppelink in the women's competition.

Mol/Sørum now have to wait until tomorrow to find out who they will have to face for a place in the semifinals between ROC's Semenov/Leshukov and Chile's Grimalt cousins.