ROC and France to fight for medals at Tokyo 2020, Italy and Poland eliminated

The men's tournament at the Tokyo 2020 Olympic Games  is slowly reaching its climax, as on Tuesday four passionate and dramatic quarterfinals were played at the majestic Ariake Arena. ROC and France survived do-or-die duels in great style, beating  Canada and Poland, respectively. Rio 2016 silver medalists - Italy crashed out of the Games suffering five-set defeat from Olympic revelation Argentina. On Thursday, in the semifinals ROC will face defending champions Brazil, once France will take on Argentina. 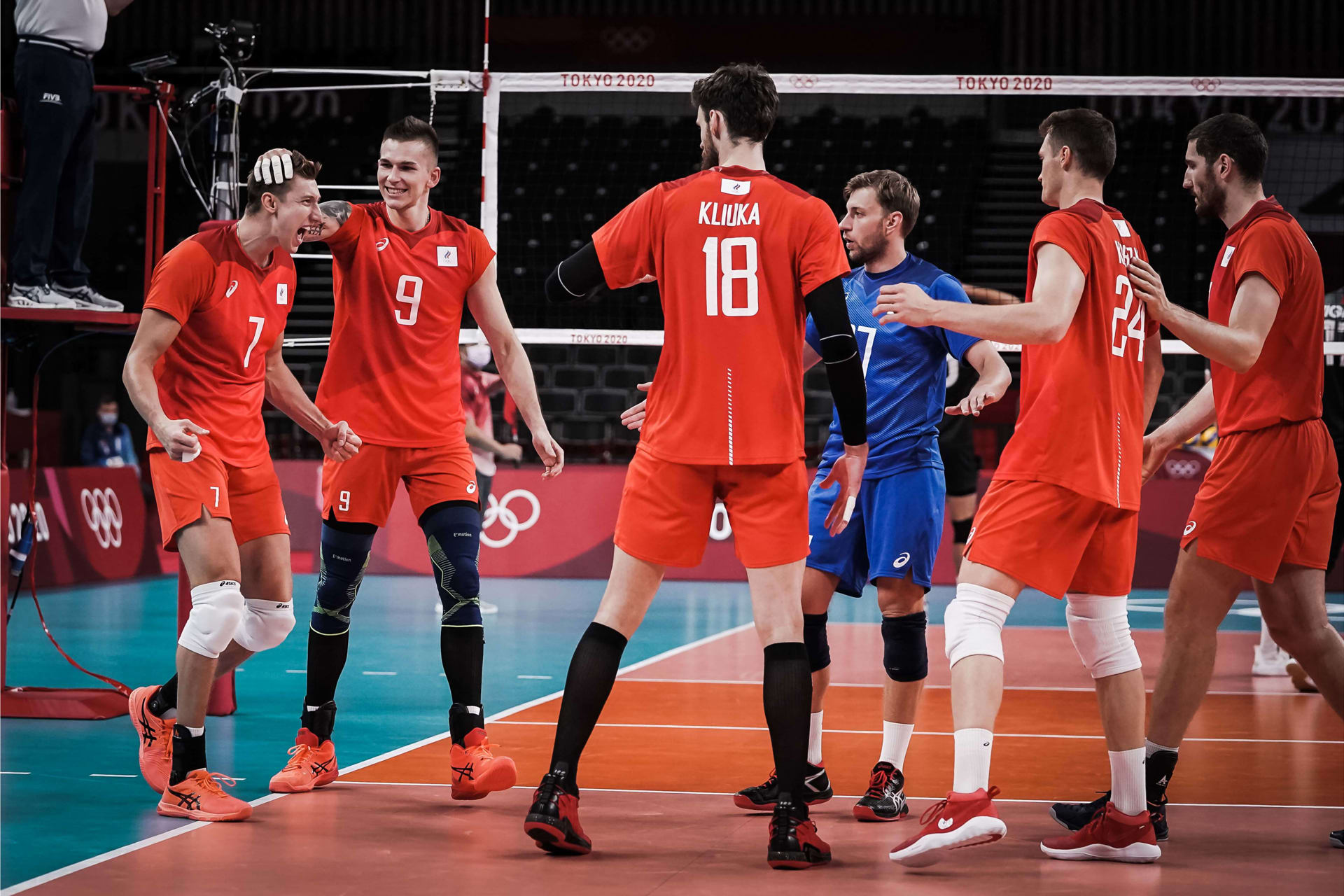 ROC and Canada were the first teams to battle out in the Olympic quarterfinals. Although the game was closed in three sets, it was extremely tight, as Canada  climbed to the heights of their abilities. But it was not enough to stop the powerful ROC headed by Dmitry Volkov and Olympic veteran Maxim Mikhaylov who were delivering thunderous spikes tallying in total 15 and 14 points, respectively. It was also a great show of libero Valentin Golubev who was in charge of saving the ball after also highly-powered Canadian attacks. Russian players qualified to their seventh consecutive Olympic semifinal and hope to regain their Olympic supremacy, but first they have to again face their pool rival Brazil. The teams met also in the Rio 2016 semifinal when the hosts prevented ROC from defending their title, so Tuomas Sammelvuo's squad will have a chance to take a revenge.

"Serving well was a big key for us. We waited for our chance to close the second set. We lost our game plan on block and defence in the middle of the third, but we made few mistakes on the attack. We showed strong teamwork on our side out. We want to live in the moment and enjoy these games. Today all of Russia woke up at 3 a.m. to cheer for us." 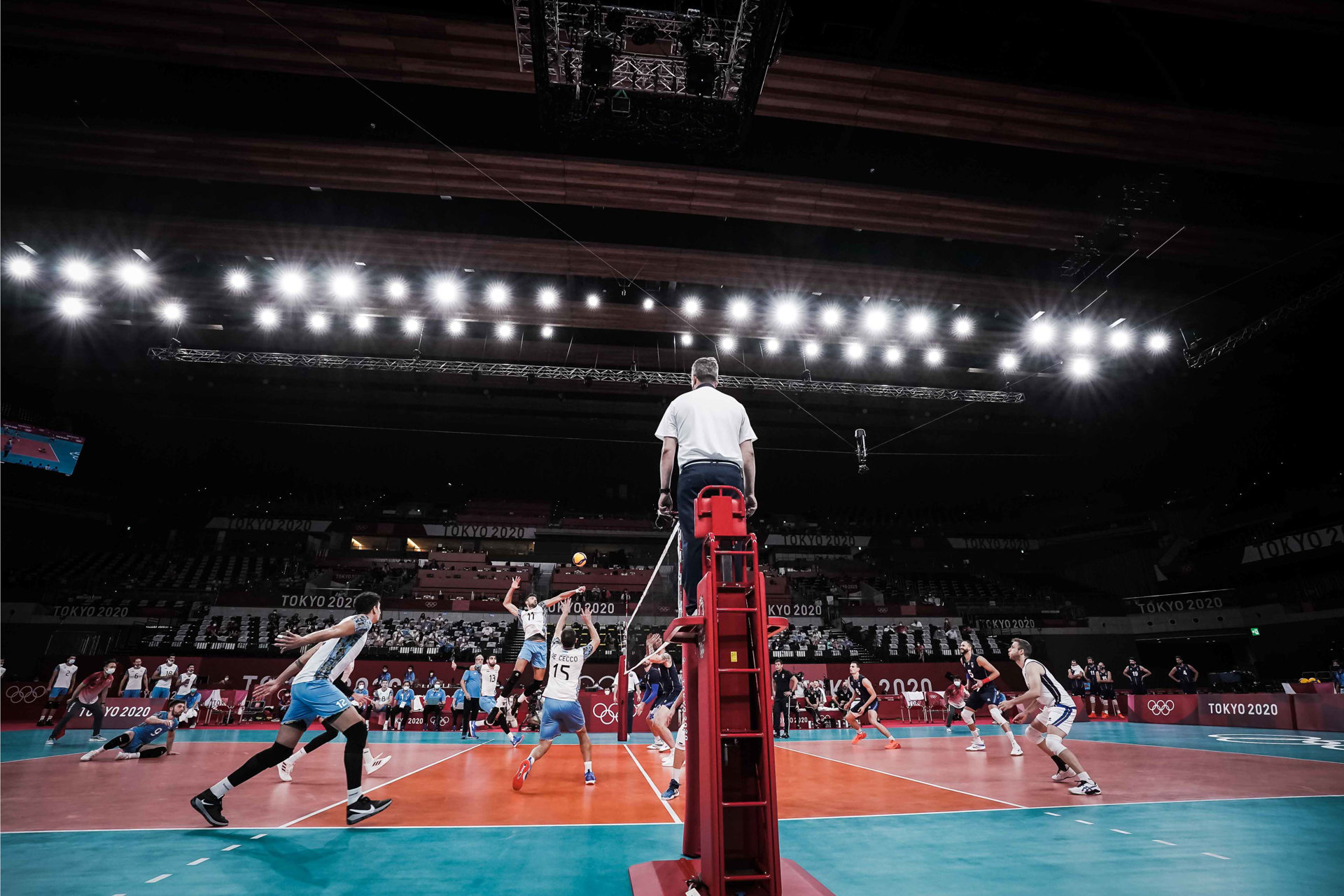 Argentina are a sensation of Tokyo 2020, after eliminating bronze medalists from Rio 2016 - USA - now they send silver medalists Italy back home. The Italians opened the game much better, winning the first part and reading perfectly the game led by Argentina's setter Luciano De Cecco. But the team from South America reborn taking two next sets. A 19-year-old Alessandro Michieletto (21 points) was the brightest point in the Italian team next to Osmany Juantorena (match-high 22), but along with their teammates they didn't find a way to stop spirited rivals. Italy didn't reach the Olympic semifinals for the first time since Barcelona 1992!

"It was a very tough and difficult game. We played well as a team. We gave it our all, but we lost today because Argentina was a stronger team — more energetic and more precise."

All-European clash between Poland and France was a stunning five-setter. Although many considered Poland as a favourite of this game, France who lost the opening set and were 1-2 down, rose from the ashes. Antoine Brizard, who replaced Benjamin Toniutti at the end of the opener, brought a lot of freshness on the court and completely changed the French game, he remained in charge of playmaking until the end of the game perfectly setting the balls to their best trio - Jean Patry (21 marks), Earvin Ngapeth (17) and Trevor Clevenot (16). Poland's block didn't work as usual, also they committed too many service errors, especially in a tie-break. Still, Wilfredo Leon was the best scorer of the match with 29 points, followed by Bartosz Kurek with 26, but it was not enough to stop imperishable France. Les Bleus write a new chapter in their history, as the team reached the Olympic semifinal for the first time ever. It's also the fifth consecutive Games when Poland lost in quarterfinals.

"It's one of the most enjoyable victories in the last nine years, but at this moment, we have nothing, there are two more games left, we will recover quickly and we will fight to the bitter end on the court to get what we want to take."

Earvin Ngapeth
outside hitter of France

"We had our chances. In the fourth set, we should push more, or maybe keep more calm ... There are many things that can be said now. We just did not manage to close this match." 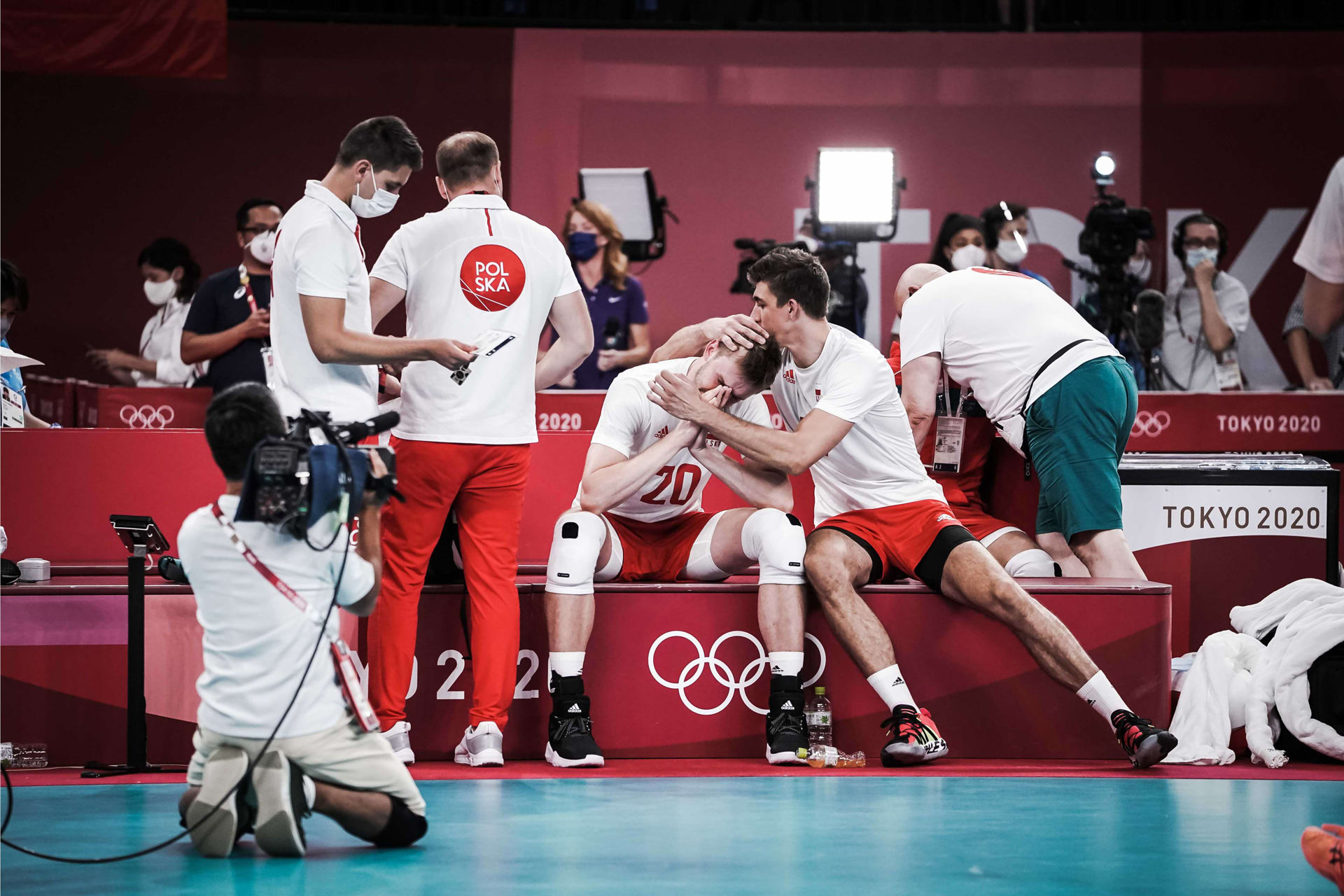 Poland devastated after their loss (Photo by Volleyball World)