The Next Big Thing in Volleyball: Marek Šotola

In the end of the June, the men’s national team of Czechia wrote a brand-new page in their Volleyball history on the European Podium, claiming the title in the Golden #EuroLeagueM. 18 years after their last success in this competition, the players around head coach Jiri Novak dethroned the 2019&2021 champions of Türkiye. Together with top scorer and Jan Galabov (21 points), one of the younger players of the Czech team shined on the court as well- Marek Sotola. A 22-year-old, Šotola, who recorded 16 points in the title-deciding match, and also contributed a lot for the dreamy comeback of his team against 2021 silver medallists from Ukraine in the semis, is part of the German BR Volleys, and might very well be The Next Big Thing In Volleyball. Get to know him now! 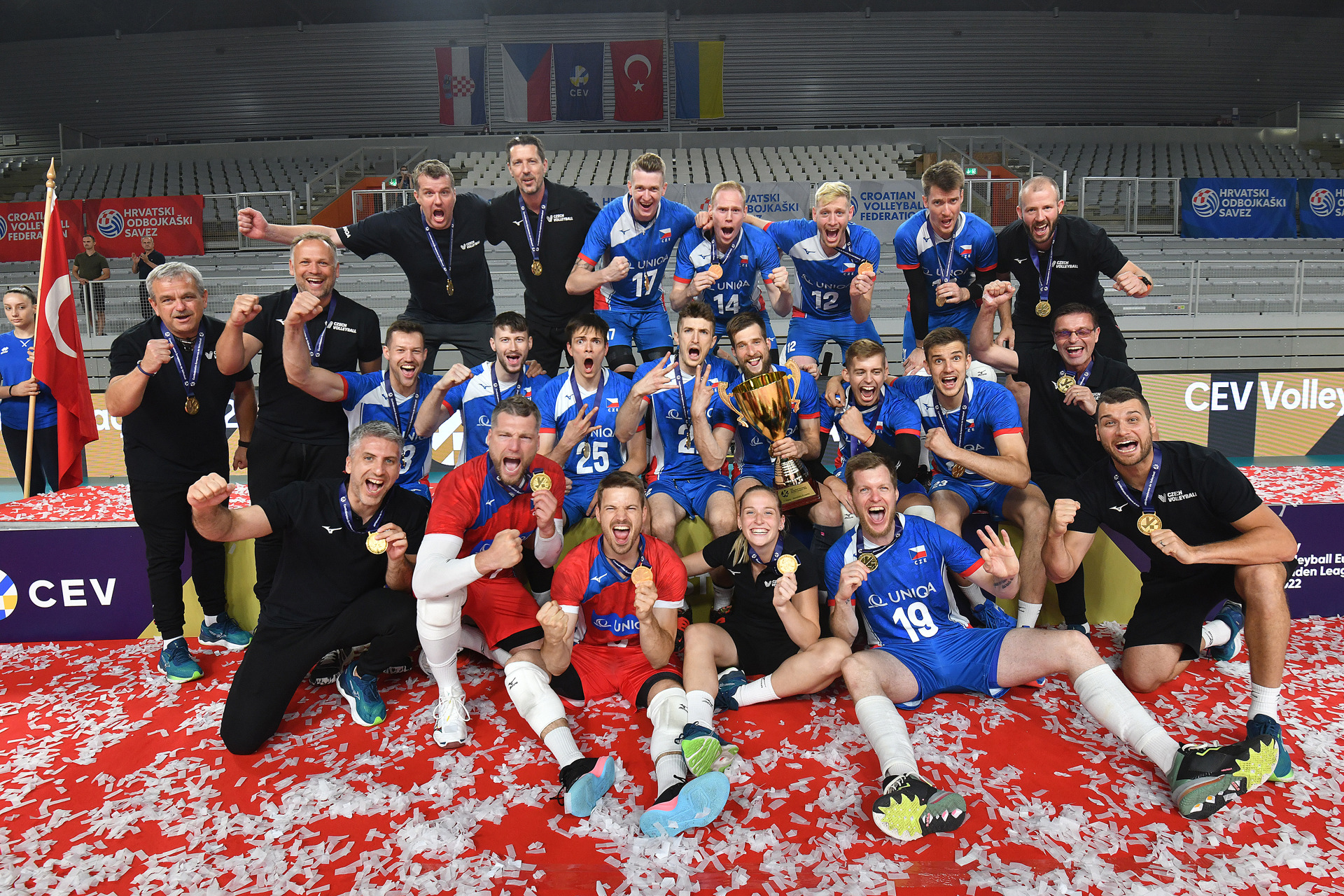 Šotola has been around the Volleyball sports halls since he was six years old. A native from České Budějovice, Marek took up on the sport at that age, mainly thanks to the fact that both his parents used to play Volleyball, and conveyed their love for the sport to their son.

Receiving his first call-up to join the underage national team, is the turning point for Marek, making him start thinking about the possibilities of continuing with Volleyball on an even more professional level.

“I decided that Volleyball can become my career path, once I received this call-up. I was 15 years old, and from this point on, I started considering that this can be the right vocation for me. I realized it, and this is how the story goes.” 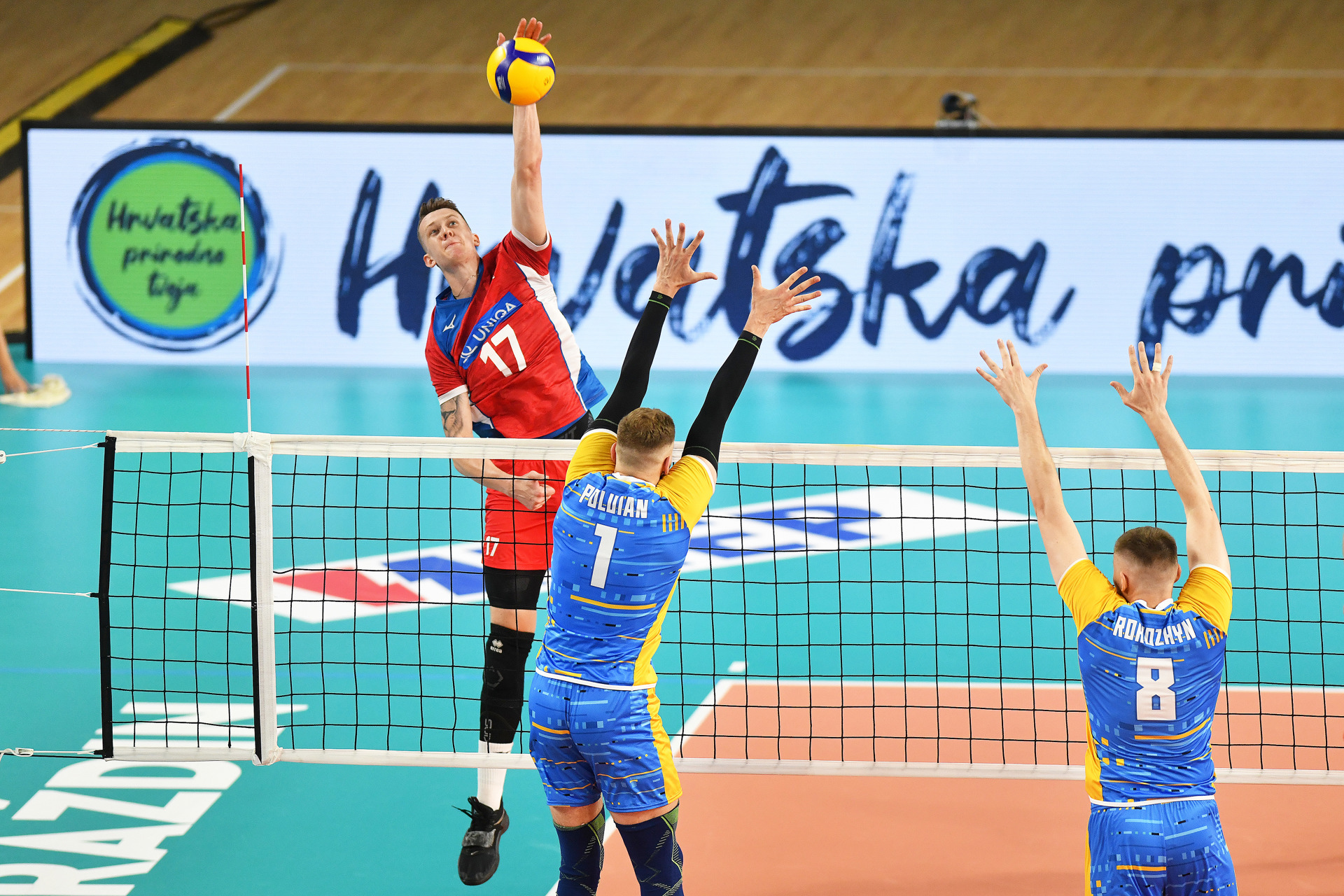 Marek spiking over Ukraine's block at the 2022 Golden #EuroLeagueM semis

Standing at 200 cm tall, before joining the senior national team, Marek has been part of the underage national teams of Czechia, where he has various achievements as well.

In 2017, he became champion of Europe with the U19 national team, claiming the Best Opposite award. A year later, in 2018, he and his teammates finished with the silver medal at the U20 EuroVolley, while Šotola was named Best Opposite again, and Best Server, finishing as Best Scorer as well.

Nowadays, part of the senior squad, Marek looks ahead to a bright future with the national team, as one of the very important goals was achieved in June - winning the Golden #EuroLeagueM.

“When we started our journey in the Golden EuroLeagueM this season, our goal was to qualify for the FIVB Challenger Cup. And we did it! Now, rest assured that we will fight to take the ticket for the VNL.”

In 2021, Marek joined the German giants of Berlin Recycling Volleys. The team, guided by head coach Cedric Enard, delivered a good performance in Europe’s top club competition - the CEV Champions League Volley, making it to the Quarters. Šotola is happy to be part of the club and to him, this is only the beginning.

“I am really happy that I am part of BR Volleys. Last season, we did a wonderful job in the German League and also in the Champions League. We aim at the highest achievements in Germany, and as for the Champions League - we will try to go as far as possible.”

Marek looks up to two players when it comes to Volleyball inspiration. One of them is compatriot - Jan Štokr. The left-handed opposite of BR Volleys says he also likes a lot Viktor Poletaev - a player, who also spikes with his left hand.

The Czech player dreams of success on both club and national level, as he hopes to win someday the Champions League.

“I also dream to go to Olympic Games!”, Šotola shares.