The Next Big Thing in Volleyball: Martin Atanasov

Luxembourg, April 6, 2021. Ziraat Bankasi SK Ankara reached the final of the CEV Volleyball Challenge Cup 2021 – Men and even though they couldn’t congratulate themselves with the trophy, there are some good news for the fans of the Turkish powerhouse who see bright future for their favourite team in the face of 24-year old Martin Atanasov (BUL). Atanasov was one of the main pillars for his team’s overall good performance (3rd best scorer in the competition with 112 points).

In the beginning, Martin had to decide whether to play Volleyball or Football. He made his choice at the age of 12 when he started playing Volleyball but to the surprise of many, he did so in sunny Spain and not in his native Bulgaria. His father, Petar Atanasov, a former Volleyball player, was playing there professionally at that time. “I took up Volleyball because of my family; they are “the guilty ones”.

After returning to Bulgaria, Martin joined Levski Sofia. “In Levski, they taught us what the spirit of a champion is.”

After performing well with Levski, Martin received an offer to develop in another local club, Dobrudzha 07. “They had a vision to work with young players and with great conditions. I will be forever thankful for the chance that the head coach Miroslav Zhivkov gave me there.”

After a successful season with Dobrudzha (winning the national league and reaching the final of the Bulgarian Cup) Martin took the next step in his career and joined Tokat Belediye Plevne in Turkey. Before landing in Ziraat Bankasi SK Ankara, he played also for VfB Friedrichshafen and Chaumont VB 52. “Each year, I feel more secure in who I am as a player. There are challenges, but I try to always see the positive side and to cherish the little things in life.” 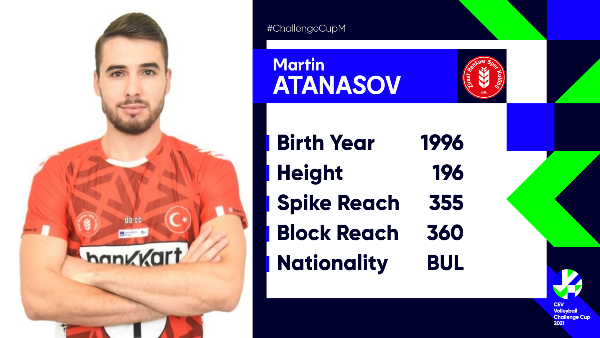 For sure, being part of Bulgaria Men's team was one of Martin’s dreams. Playing along with experienced players such as Tsvetan Sokolov, Todor Skrimov, helps a lot, Martin says. “I have my eyes wide open and try to learn from the others. There is always room for improvement.”

“We have had a great season with Ziraat, we always strive for victory. I hope that we will become champions in the national league. Being one of the leaders is not easy. To become this figure, you need to show dedication and to take responsibility in the most important moments.” 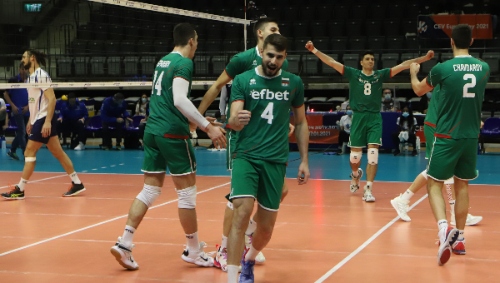 In the end of the summer, Bulgaria will enter the courts for #EuroVolleyM. “We all get along very well with each other and I am sure that we can achieve big things. On a personal level, I would like to show great Volleyball and will give everything for the team.”