Not being a beach volleyball player was never really an option for Mihails Samoilovs. The son of the most popular Latvian coaches and the brother of one of the most successful players in his country, the now 23-year-old has the sport as part of his life very early on. 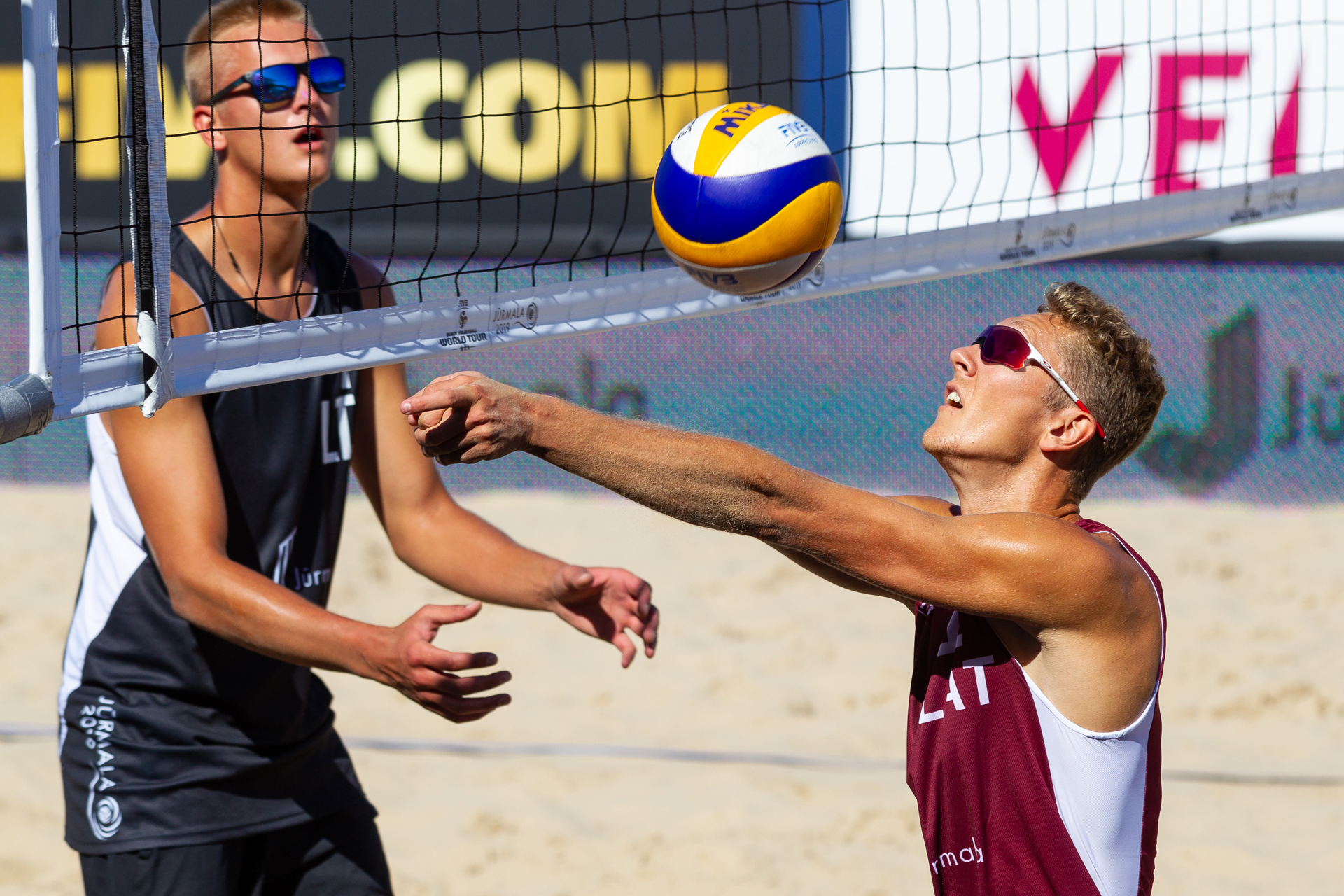 Following his father, Genadijs, into training sessions as a kid, and watching Aleksandrs, who’s 13 years older, succeed at the highest level of the sport has given Mihails privileged insight about how life is in beach volleyball and it pushed him to pursue the same path when he got older.

“When I was young, I always watched him training. I watched him grow into one of the best beach volleyball players of the world. And I realized at a young age that I could be like him too. I just want to show my best, to show that the Samoilovs family is in control.”

Mihails’ career in the World Tour has started in 2018 and has had its ups and downs. The 2.01m-tall, left-handed blocker, who’s now set to play one of his brother’s former partners, London 2012 Olympic medalist Martins Plavins, has enjoyed some good success in Age Group European and World Championships, though.

At the continental level, he took gold at the 2018 U22 European Championship in Jurmala, while at the international level he secured back-to-back bronzes in the U19 and U21 World Championships in 2016 and 2017, respectively. 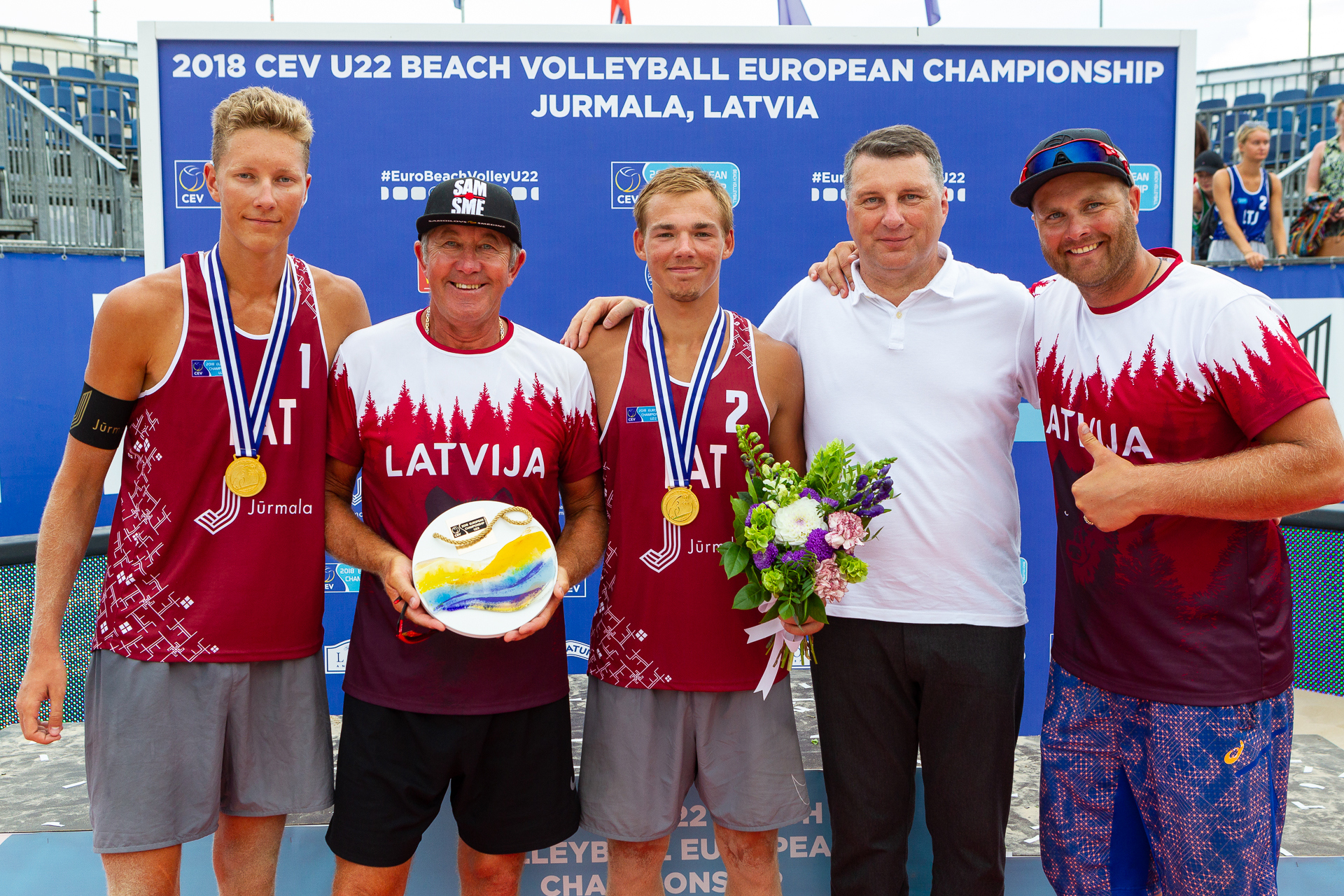 Mihails (left) poses with his father, his partner and their coaching staff after winning gold at the 2018 U22 European Championship

In his still trajectory in the sport, Mihails has already seen first-hand what both his brother’s and his father’s lives are like as he shared the experience of competing at the World Tour with Aleksandrs and spent some time coaching, just like Genadijs, as the assistant of Latvia’s Olympic team of Tina Graudina/Anastasija Kravcenoka.

But it at least one way, the youngest Samoilovs is the complete opposite of the other two, especially his brother, who's nicknamed 'The Lion King' for his long hair and fiery personality.

“I’m not a lion, I can’t shout the entire match like he does. According to the horoscope, I’m Pisces, so I’m very calm. But there’s of course I look up to in him. Our father always says that regardless of how many medals you have won, you still have to learn. And I always saw that in Sacha, even after he won the most important medals in his career.”

Volleyball is a true family sport. Not only because of the friendly environment found in indoor and beach tournaments around the world, but also due to the simplicity of the game, which allows people of all ages and physical abilities to play it. It’s also a captivating sport and because of that it happens often that several generations of a same family fall in love with it. Every once in a while, we can see those family connections at the professional level and that’s exactly what we’re going to show in our series ‘The Volleyball DNA’.