Turkey beat ROC to finish third in pool B

The last day of preliminary round brought answers on the final pool compositions and the upcoming quarterfinals! Despite finishing the pool with a win, Serbia ended second in Pool A, trailing behind Brazil. In Pool B Italians lost to USA in a tie-breaker, taking the second place in the table. Turkey ended third following their victory over ROC, who completed the round as the fourth team of Pool B.
Out of four quarterfinal games, one will be an all-European clash with Serbia and Italy meeting each other on Wednesday. Turkey were drawn to face Korea, while ROC’s fourth place meant that they will be playing leader of pool A, Brazil. 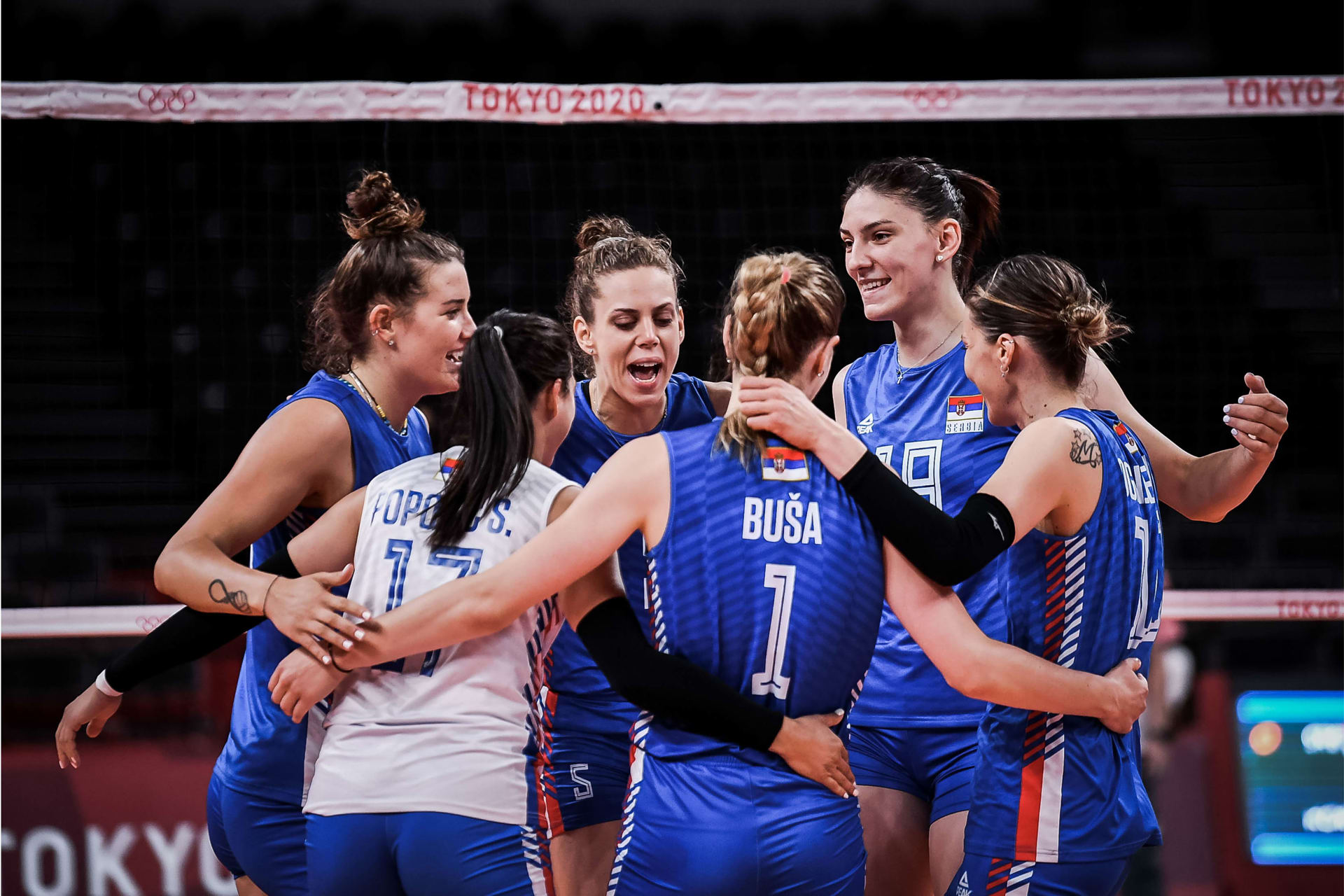 Serbia finished the preliminary round with a straight-set victory against Korea. Serbians outscored Koreans in all elements, dominating especially in block and serve, scoring 10 stuff blocks and 13 aces, to just 3 stuff blocks and 4 aces on Korean side. Tijana Boskovic was once again her team’s top scorer with 13 points, closely followed by Milena Rasic with 12 points. Koreans found it challenging to gain more points against Serbia, with captain Kim Yeon Koung scoring 9 points. The result gave Serbia a temporary first place in the group, but Brazil’s later victory against Kenya helped the Brazilians to finish top of the table. Serbians dropped to second position and had to wait to find out their quarterfinal opponent. To ensure no manipulation with results, the draw between second and third-placed teams will take place, once all games are concluded. The draw concluded that Serbia will be competing with Italy in the next phase. Italy played their first five-setter at Tokyo 2020, falling short against USA. Italians led 1-2 in sets, but Americans managed to tie the score and claim the final win in the fifth set. Italy performed a bit better in attack, but USA dominated in block and serve throughout the match. Paola Egonu performed another high-scoring game, gaining 28 points for her team. On the other side of the net Andrea Drews scored 22 points. The victory allowed Americans to finish top of Pool B and will be facing fourth-placed in Pool A Dominican Republic in the next phase, following Dominicans’ victory over Japan. Meanwhile Italians, who finished second in the group, was drawn to play Serbia in the quarterfinal. “We tried to fight but made too many errors. The USA was very patient and on long points they waited for us to make a mistake. We played at a high level in the first set and as the match progressed we became weaker. When Italy attacked, the USA had answers from its receivers.” In the last all-European encounter in the preliminary round ROC faced Turkey as both teams battled for the third position in Pool B and potentially avoiding Brazil in the next phase. The Turkish side led 1-2 in sets, but were unable to finish the match in four sets as ROC fought back to make it into the five-setter. Meryem Boz was the top scorer in the game with 22 points, while ROC relied on the trio of spikers with Irina Voronkova, Arina Fedorovtseva and Nataliya Goncharova scoring 20, 19 and 18 points respectively. The victory allowed Turkey to climb to the third position in Pool B, while ROC dropped to the fourth place in their group. Both teams recorded three victories and 9 points in the preliminary round, but Turkey achieved a better set ratio. ROC will be facing Brazil in the quarterfinal, while Turkey were drawn to play Korea, who were also third-placed in pool A.

“In the fourth set, we served and blocked effectively but in the fifth we did not. We played well. We could have been stronger on the attack today. It is not a tragedy we lost. Our goal is reached.”

Nataliya Goncharova
Opposite of ROC 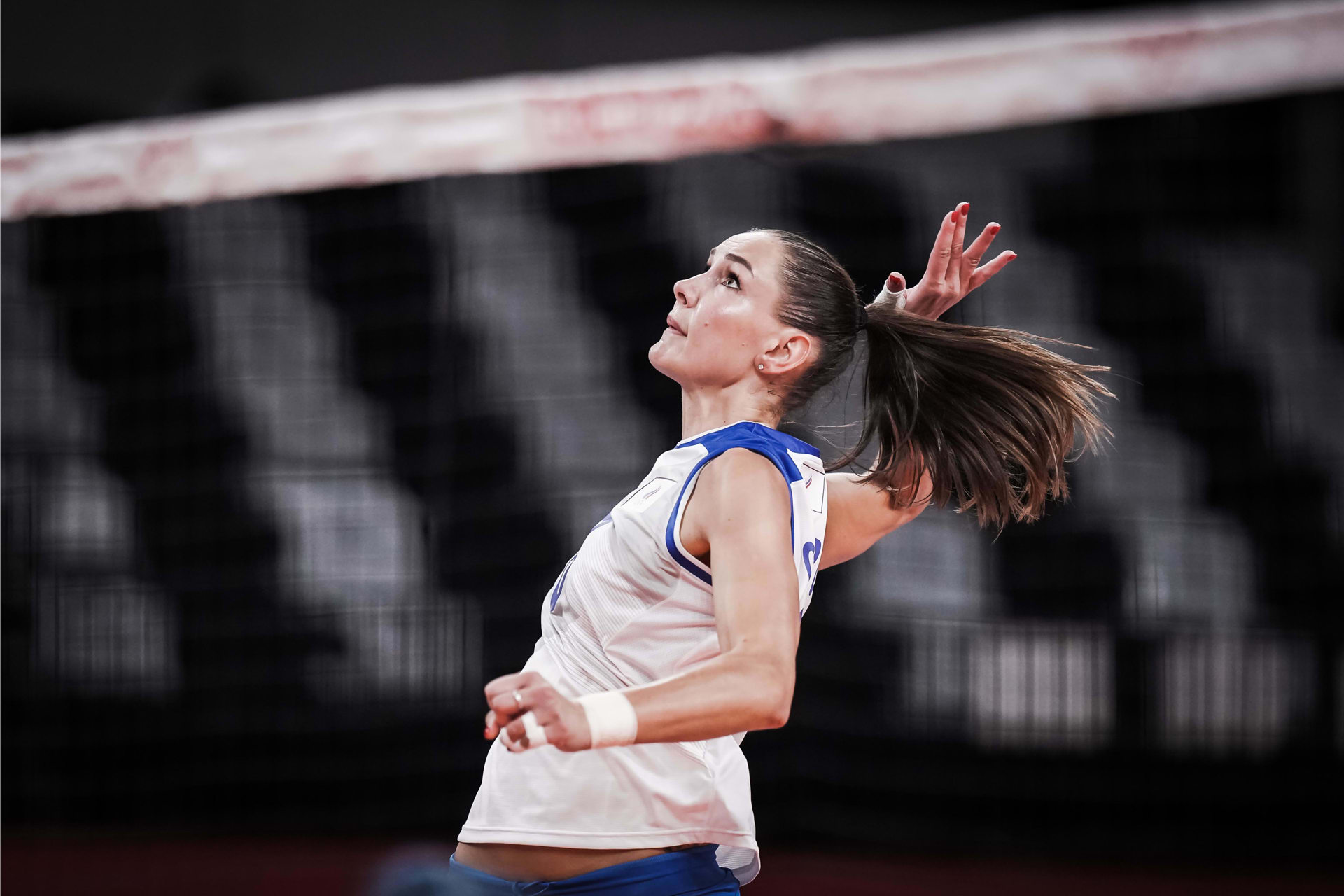 Nataliya Goncharova appreciated that ROC achieved their goal to reach the quarterfinals, regardless of their loss today. [Photo by Volleyball World]

“ROC play a very difficult game and a very different style from what we see in VNL. They are great at serving, at digging, at attacking, at it all. In the first set, we couldn't find our way. Later in the match, our goal was to improve our team game and our mental state. We did this, we are very happy. We wanted to finish the round with a win, and I believe this lifts the team. For us, it doesn't matter (who we'll play) because we are in the quarterfinal. We are waiting with some excitement."