Day 6 of the Men's Beach Volleyball tournament was a disappointing one for the reigning World Champions Viacheslav Krasilnikov and Oleg Stoyanovskiy (ROC) who lost  to the Latvians Martins Plavins/Edgars Tocs in the all-European derby in Pool B. Rio 2016 Bronze medallists, Alexander Brouwer and Robert Meeuwsen (NED) also suffered an upset as they lost 0-2 to the Brazilians Alison/Álvaro Filho in Pool D. Despite the loss, they proceed ahead in the Round of 16.

On the contrary, the day was a positive one for the Czech Ondrej Perusic and David Schweiner, who finally made it to the courts at Shiokaze Park after Perusic's positive test for Covid-19. Now, the Czech team started their Olympics journey in style, winning after a tie-break over the Mexican Gaxiola/Rubio. 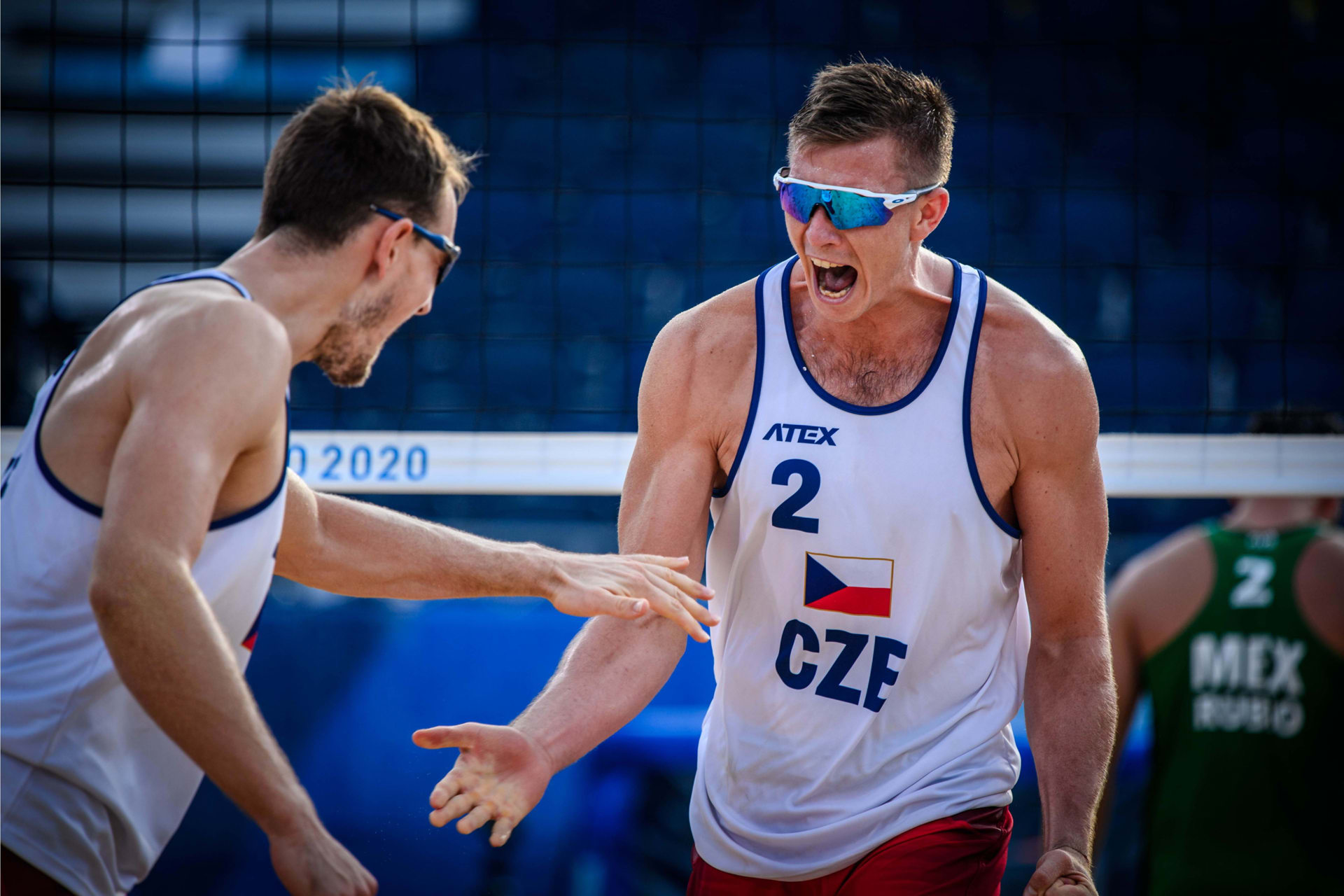 The Czech duo, Perusic/Schweiner recorded first victory in their first appearence at Tokyo 2020. After dramatic last days, when Ondrej Perusic was tested positive for Covid, on Thursday the Czech appeared on the court to eventually beat at 2-1 the Mexicans Gaxiola/Rubio (17-21, 21-16, 16-14). After losing the first set, Perusic and Schweiner then tied the match, to emerge victorious after a nail-biting tie- break. Both teams performed equally on attack (31) and block (6), but Perusic and Schweiner could seize their opportunities and score more on their opponents’ errors.

“It's difficult to describe this emotion to be finally playing at the Olympics! It is something amazing! In the past two weeks, we really didn't know what to expect on the court, because we haven't spent much time preparing together. The Mexicans are a really strong team, despite the fact that they don't play that much.” 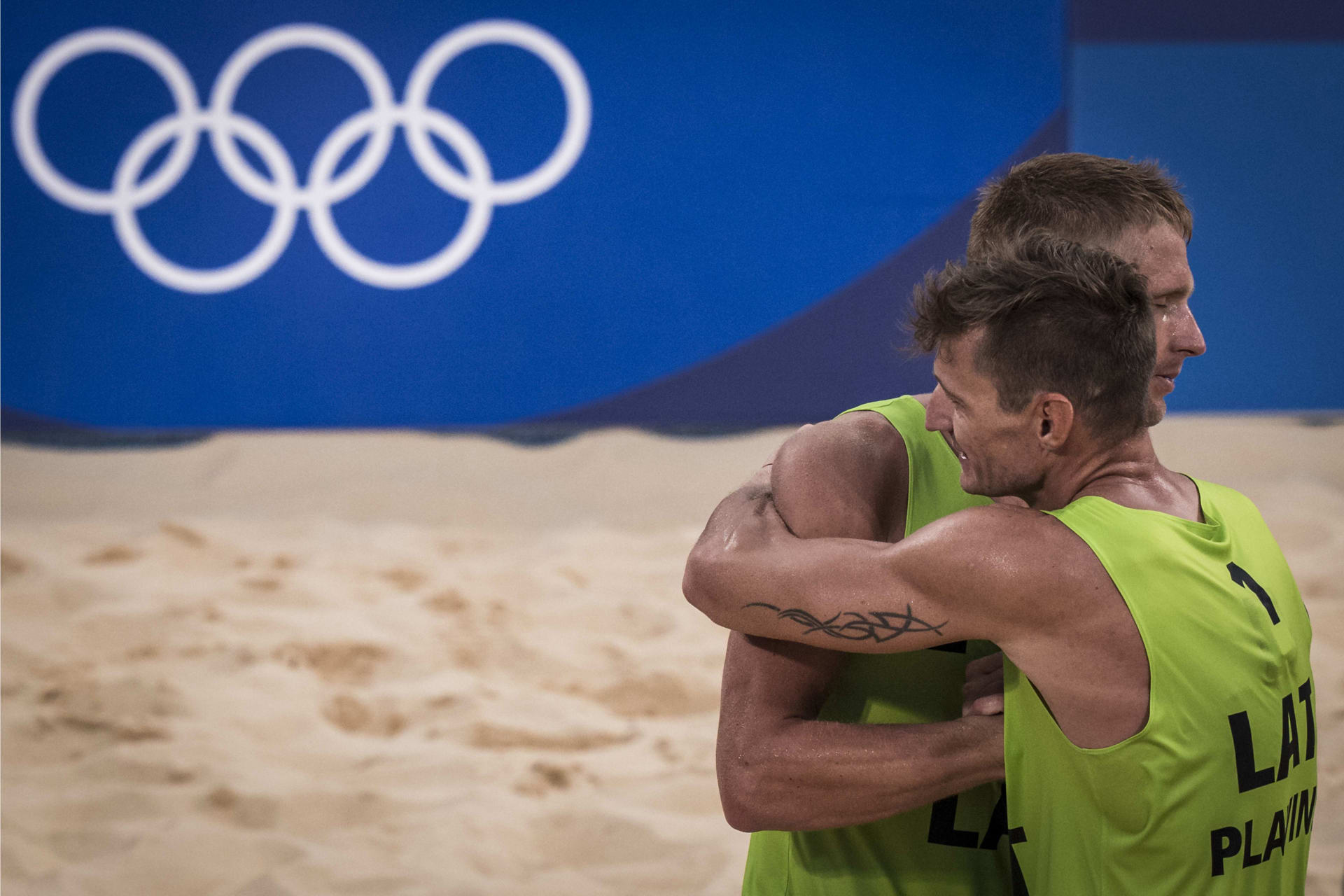 The reigning World champs, Viacheslav Krasilnikov and Oleg Stoyanovskiy suffered a defeat in the all-European derby of the day in Pool B. ROC’s representatives couldn’t stop the much experienced Latvian pair of Martins Plavins and Edgars Tocs, and lost at 1-2 (21-13, 19-21, 11-15). In the current records, Krasilnikov/Stoyanovskiy have one victory and one loss, while Plavins/Tocs are with the win to their names.
Even though they started better in the match, Krasilnikov and Stoyanovskiy coulnd’t maintain their level, allowing some errors in the end of the second set afect the score. In the decisive part, Plavins and Tocs scored the imporatnt balls and congratulated themselves with the victory.
Statistically, the Latvians were far better on attack (finished with 36 winning spikes, to 17 by the Russians). Plavins was on fire hammering as many as 27 points. Latvia’s duo also outclassed the opponent on the block (five to one).

"It was a bad match for us. We didn’t deliver our regular game. This is the Olympics - everyone here is a strong opponent. We shouldn’t have done that many mistakes.”

Rio 2016 Bronze medallists, Alexander Brouwer and Robert Meeuwsen (NED) also had a bad day this Thursday, as they lost 0-2 (14-21, 22-24) to the Brazilians Alison/Álvaro Filho. The Dutch suffered in the first set, but stood much better on the court in the second one. Both teams delivered some high-class rallies, but the Brazilian team could seize the important balls.
More effective on the block (nine, delivered by Alison), the Brazilians used that weapon to outclass the Brouwer/Meeuwsen. With 17 points to his name, Alison became also top scorer, while for the European team, it was Brouwer who scored more (14).

However, Brouwer and Meeuwsen are guarantied for the Round of 16, finishing second in the group.

The sixth day of the Olympic tournament highlighted the conclusion of Pool A on the women’s side and the final matches of the group involved three European teams. 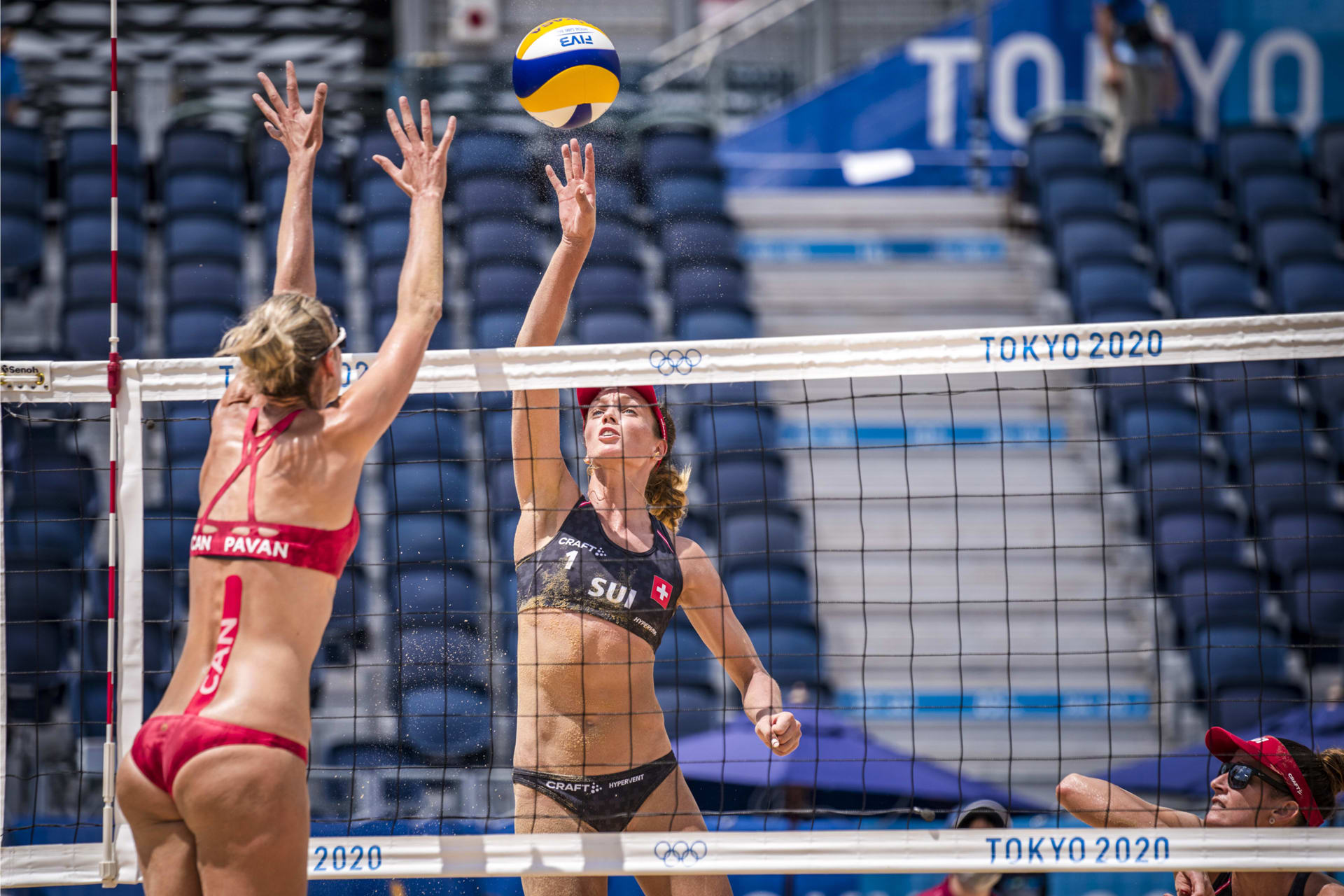 Reigning EuroBeachVolley champions Anouk Verge-Depre and Joana Heidrich of Switzerland entered the last day of pool play undefeated and played Canadians Sarah Pavan and Melissa Humana-Paredes, but fell to the world champions in two sets (13-21, 22-24) to finish second and still make it to the Round of 16.

Dutch Katja Stam and Raisa Schoon claimed the third spot in the pool with their straight-set (24-22, 21-16) victory over Germans Karla Borger and Julia Sude. The team from the Netherlands now waits for the conclusion of the other pools to know if they also go the Round of 16 or if they will need to play a ‘lucky loser’ round while the duo from Germany is eliminated, ranking 19th.

“We knew this was the last chance to go to the knockout phase. The things we missed in the second pool match was that we didn’t finish the game. We started really aggressive but didn't finish it. So that was the thing we needed to do this game and we also knew that we had to do it. Really happy that it worked out and we did that, and really finished it off in the end.” 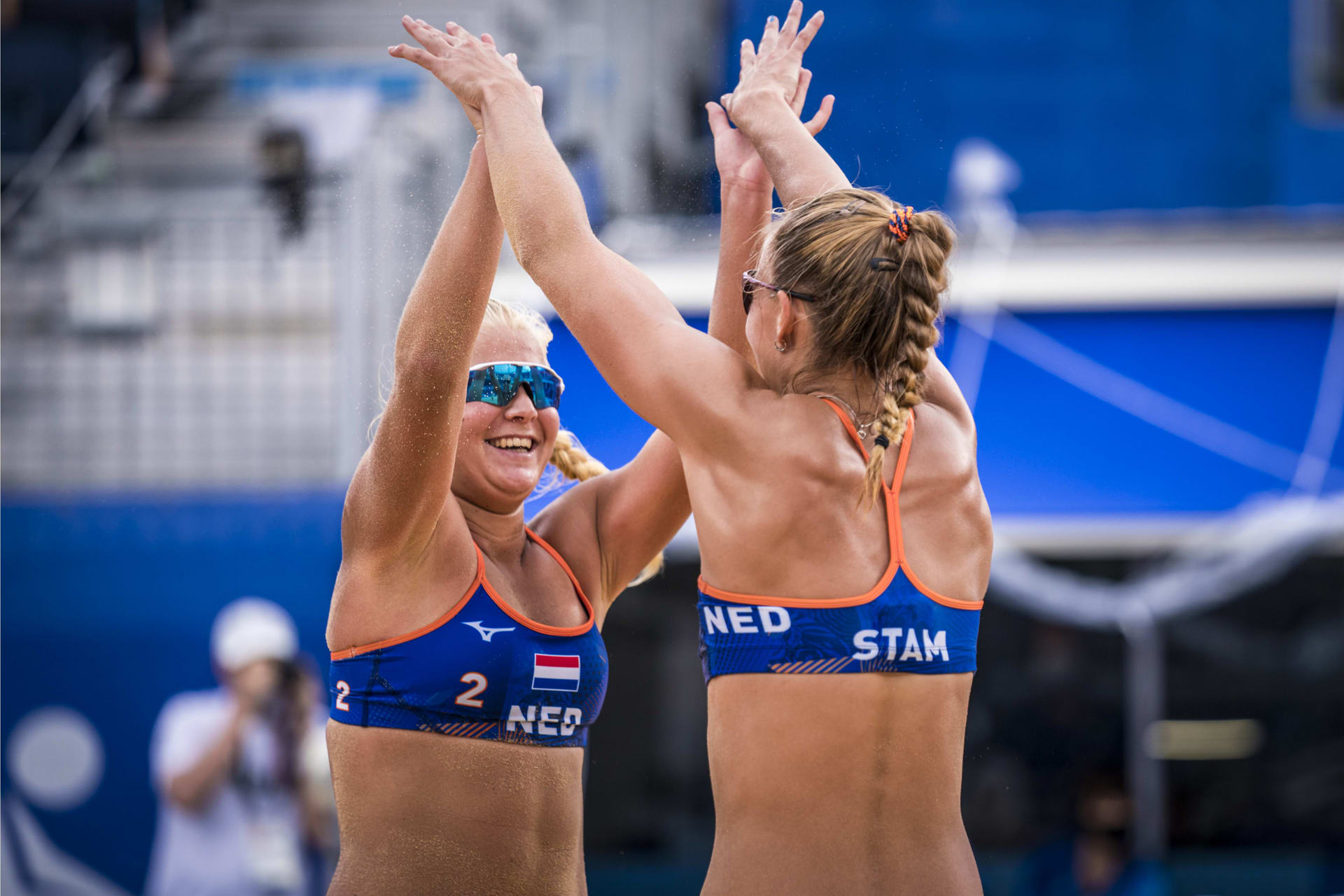 Schoon and Stam celebrate the victory that pushed them out of pool A (Photo: Volleyball World0