Even though most of Europe is currently enjoying the much-desired summer vibes, it is also the right time to make plans for the next winter season and with this in mind, the members of the CEV Snow Volleyball Working Group chaired by Peter Kleinmann had their first virtual meeting on Tuesday. The discussions revolved around a number of ideas and proposals to grow Snow Volleyball at all levels and lay the foundations for a successful 2021-2022 season. 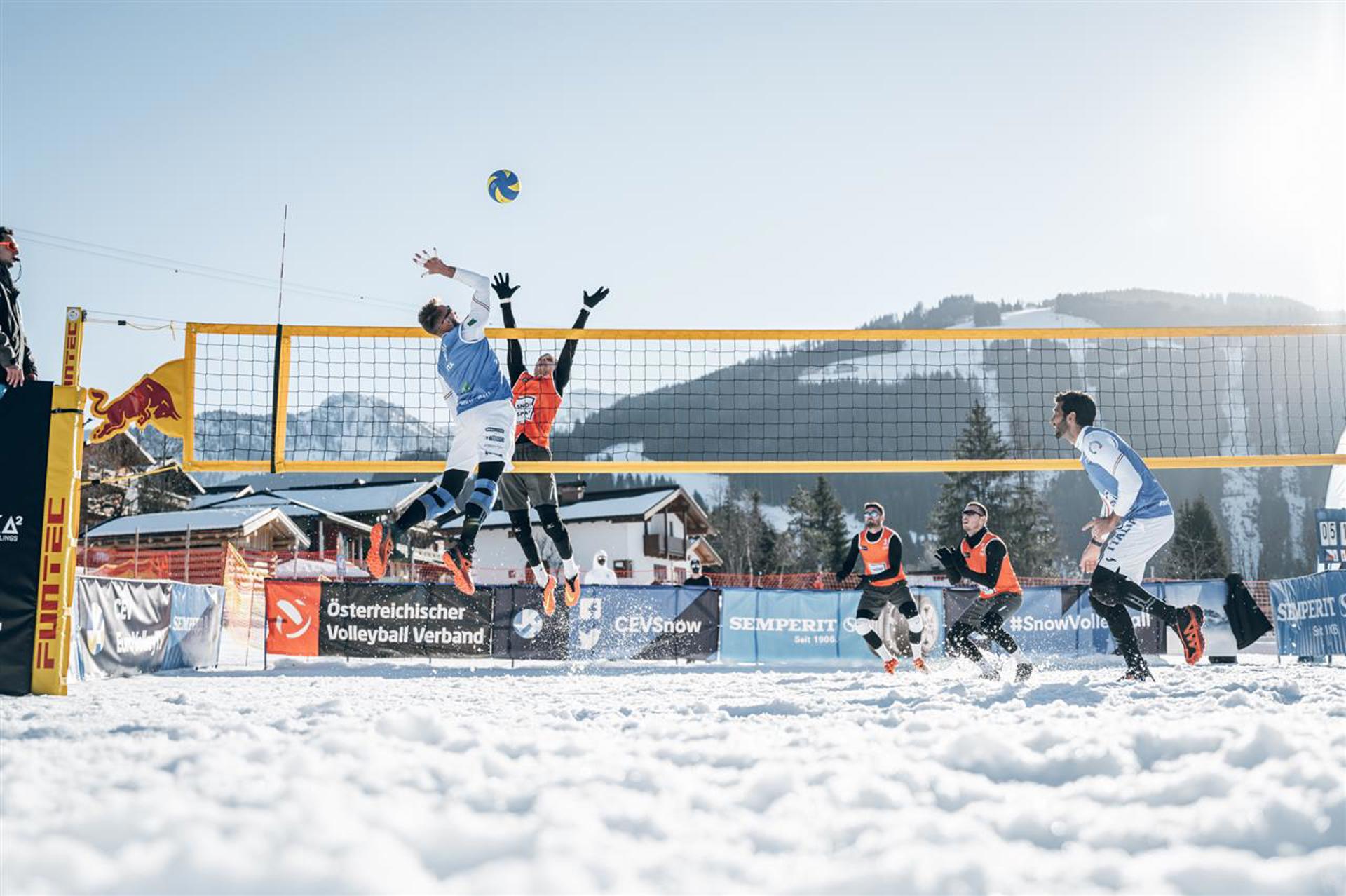 “There are many little, yet big steps that we have to take in order to grow the sport. Primarily, we need to involve young players as well as to ensure equal participation for men and women.”

The CEV will soon release the relevant Terms & Conditions for the delivery of European Tour events as well as of the much-anticipated EuroSnowVolley 2022 – the second edition of the continental showpiece event after the premiere held in 2018 in Wagrain-Kleinarl, Austria, and the cancellation of the 2020 edition due to the outbreak of the coronavirus pandemic.

The Working Group members expressed their wish for as many Snow Volleyball competitions as possible to take place next winter, with National Federations, Zonal Associations, as well as promoters and ski resorts due to play a key role in such an effort to grow the game. Earlier this year, despite all restrictions in place due to the health crisis, two back-to-back European Tour events took place in Wagrain with participation of teams representing more than 15 countries. At this still young stage of its development, it is essential for all stakeholders to exchange knowledge and best practices in order to deliver quality events that can inspire more people to play Snow Volleyball as well as attract the attention of media and sponsors alike.

Moreover, the Working Group emphasised the importance of involving younger players through the delivery not only of the already well-established Kids Days but of age-group competitions as well. This would aid the growth of the sport at the grassroots level, support the emergence of the next generation of Snow Volleyball players and ultimately lead to the fulfilment of the vision and mission that the CEV shares with the FIVB, i.e. to make Snow Volleyball an Olympic winter sport.

Among other things, the Working Group discussed ideas and proposals on how teams will qualify for the next edition of EuroSnowVolley. The major and shared aim is for the continental championship, combined with other high-profile events such as the Snow Volleyball Night held in 2018 in PyeongChang and the exhibition organised in conjunction with last year’s Youth Olympic Games in Lausanne, to raise the profile of Snow Volleyball to the next level.