Wagrain, Austria was the third and last stop on the Snow Volleyball European Tour for 2022. Top European snow volleyball players returned to the popular ski resort from the Salzburg district hoping for great weather and soft snow and they got both and more.

At the end of two days of competition, the women's competition saw an all-Czech Final between the teams of Frommova/Safrankova/Marcelova and Jamborova/ Francova/ Drazanova with the latter coming out on top following a hard fought three sets win.

In third place came the team from Turkey, made up of Gokalp/ Merve C./ Yalcin, clear winners in the bronze medal match against the team from Italy. 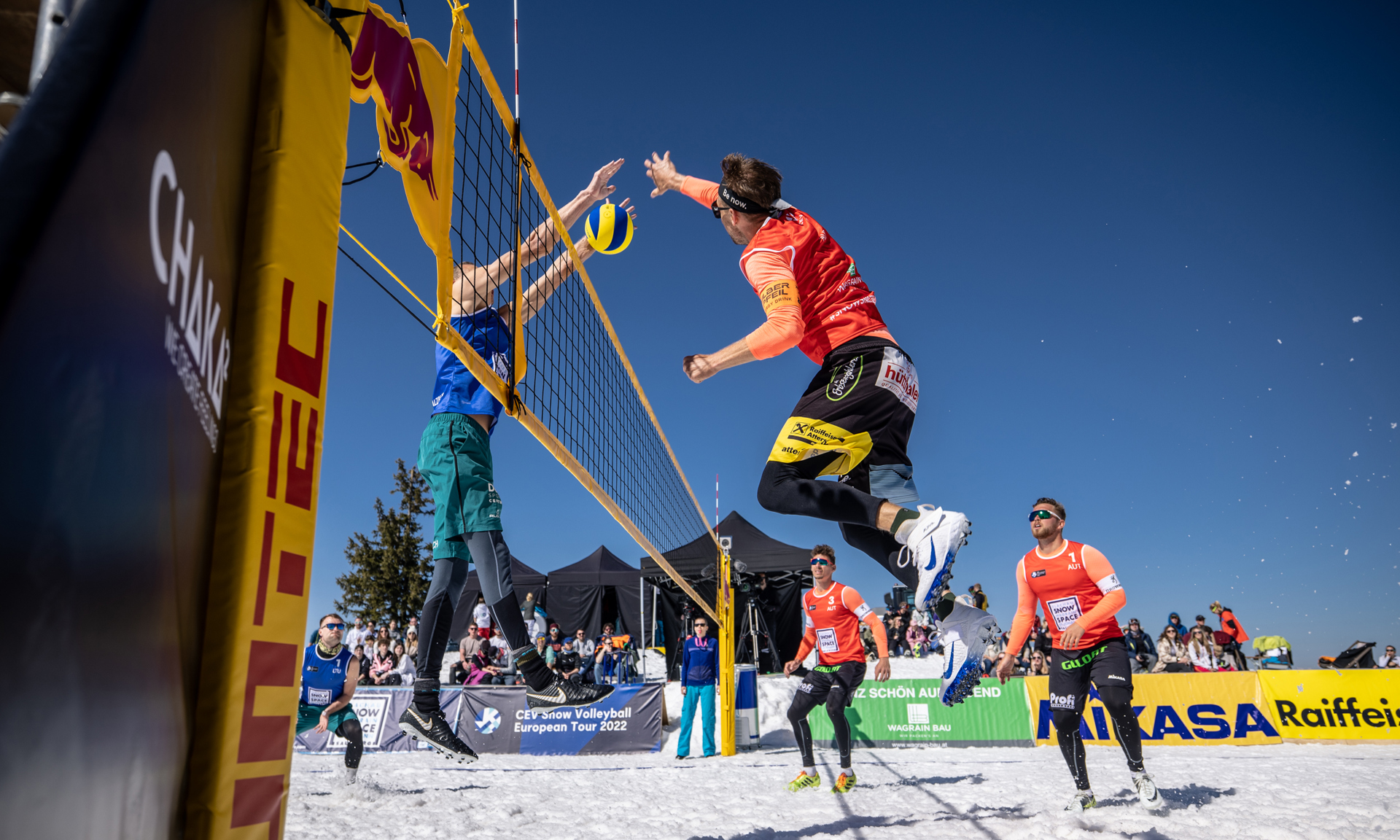 On the highest step of the men's podium after three competition days was yet another team from the Czech Republic (Mrkous/Trousil/Pihera) who managed to defeat Slovenia in the Final in two sets.

More information can be found on the competition website.