Desmet steals the show in Estonia in #EuroVolleyM Qualifiers

Story of the day

The action in the #EuroVolleyM Qualifiers has continued on Sunday with as many as seven thrilling clashes. However, the opening match of the day grabbed the focus of attention, delivering a furious battle that lasted as many as 131 minutes at Kalev Sports Hall TALLINN. And definitely, Mathijs Desmet should become the hero of the Red Belgian Dragons. 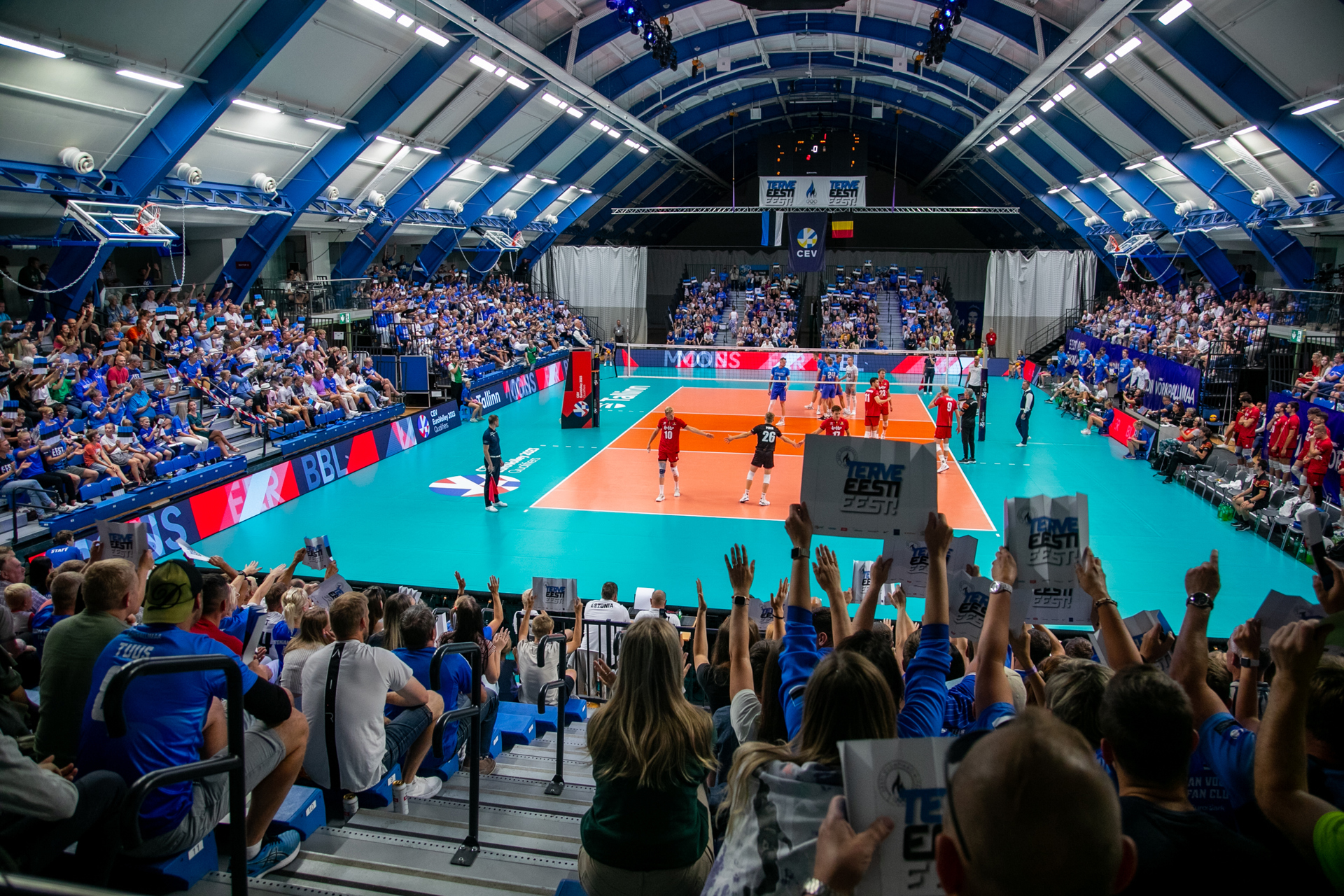 The encounter in Tallinn was only the second match of Pool C. Earlier in this campaign, Belgium triumphed over the Faroe Islands, but the clash between Estonia and Belgium, who were both present in the most recent editions of the EuroVolley, turned into a stunning Volleyball show. The hosts delivered an unbelievable performance on block (19 block stuffs!), trying to stop every hit coming from the opponent's side, being cheered by the full house. However, no less determined were the Belgian Dragons, who eventually won this nail-biting clash 3-2 (22-25, 25-19, 26-24, 24-26, 18-16).

The team around Emanuele Zanini, with full dedication, fought for every ball, proving that teamwork is always a key to success. Nevertheless, one of the Belgian players deserved to be in the spotlight after his outstanding performance. Mathijs Desmet, from the beginning of the match, was impressing with his heroic efforts, becoming a leader of his team.

In addition to this spectacular rally, Desmet was also the best scorer of the match with as many as 26 points to his name, including 23 kills and 3 blocks. Also, other of his numbers are notable - 58% of success in attack and 50% of positive receptions. The former player of Knack Roeselare will move in the upcoming season to Italy, where he will play in Padova. Before that, he hopes to grab with his teammates a ticket to EuroVolley 2023.

"It was a great fight from both teams and also the level of volleyball was very high. Both teams are young and are going through some changes in the roster, so I´m happy that we managed to win. This was a strong test for my team and we managed to keep the level. When two teams are playing in almost a balance, very small things can decide the result, today it went to our side. I think the moment of the match was at the end of the fifth set when our libero made a crazy save (and one chair flew to the court almost)."

"I´m happy for the guys as they showed good fighting spirit and energy. I like how the team was able to come out the difficult situations many times, when we had our backs against the wall. We must imporove our side-out, if we are able to fix this, we can create good results. I use many players as this team has many different qualities and I want to use it all."

Also, Montengro and Portugal battled it out in a five-set thriller. Eventually, the Balkan side remained the unbeaten leader of Pool D. Earlier on Sunday, in the same group, Luxembourg earned their first win in this campaign, defeating Iceland. On the other hand, in Pool E, Greece celebrated an express victory over Croatia, like Spain did, upsetting Slovakia in Pool E. Thus, both recorded their second win. The other unbeaten team in the Qualifiers is Switzerland, who upset Bosnia and Herzegovina in Tuzla, in Pool G, where Romania won over Albania.