The quest for the European crown will electrify Volleyball fans across Europe and the rest of the world again in 2023. The top 24 European national teams will fight for the #EuroVolleyM trophy from August 28 to September 16 in Italy, Bulgaria, North Macedonia and Israel. 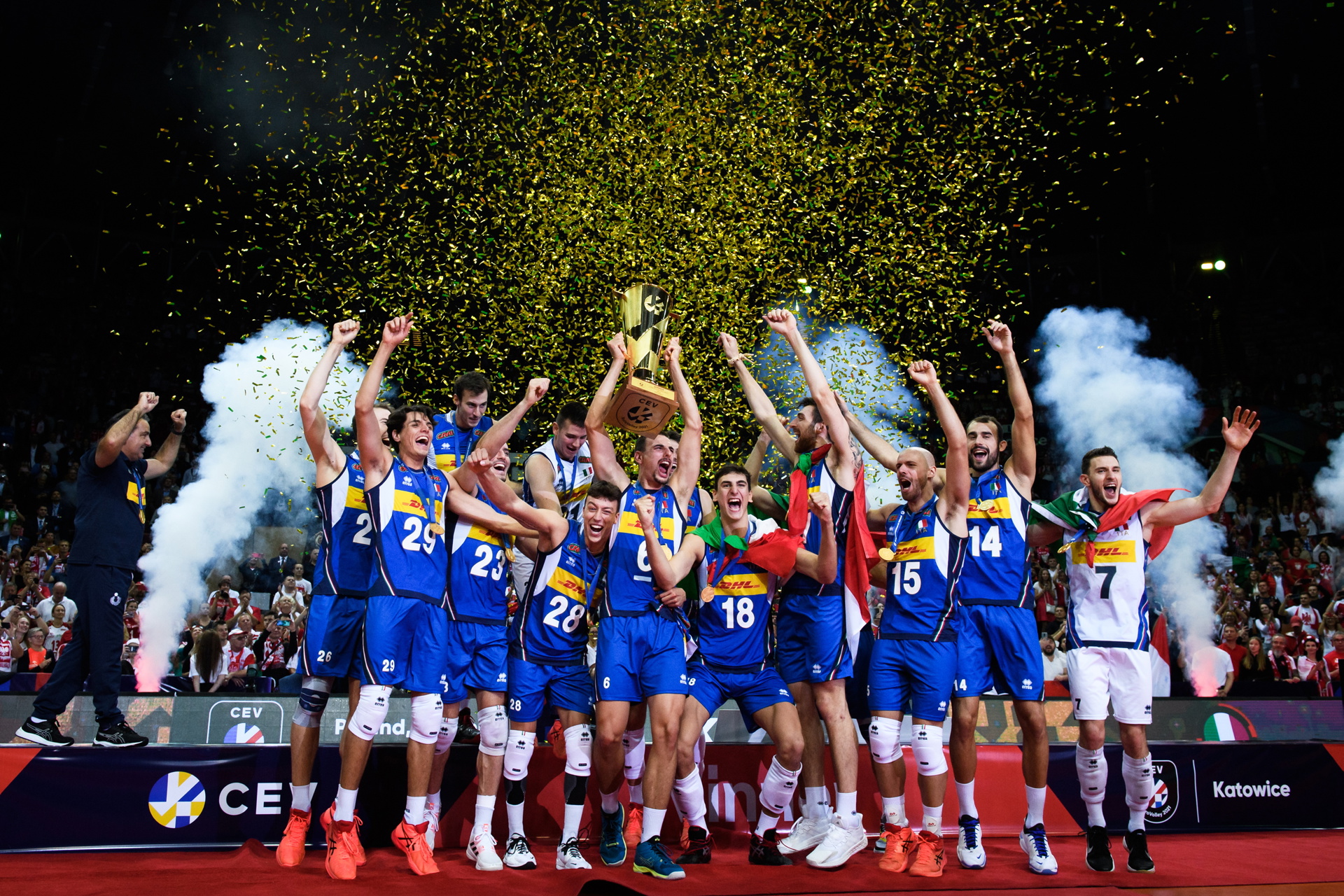 The 34th edition of Europe's prime competition will be co-hosted by four countries and staged in as many as eight cities: Rome, Perugia, Ancona, Bari, Bologna, Varna, Skopje, Tel Aviv. This is an unprecedented number of venues that gives Volleyball fans a stunning opportunity to follow their favourite teams in many locations and get the ultimate Volleyball party to the next level.

Italy, under the guidance of Ferdinando de Giorgi, immediately reached glory, earning the #EuroVolleyM title in 2021 after a 16-year drought and regaining the world title after 24 years in 2022. Thus, the reigning champions are obviously considered as one of the favourites, especially that they will enjoy the home-court advantage, but they are not the only ones. Poland, who were upset in front of their home crowd in Katowice by Italy in the final of the 2022 World Championship, will definitely look for revenge and for their - only - second European title. The Olympic champions, France, will also try to rebound, as after Tokyo 2020, they missed the podium at both the European and world championships. Back-to-back EuroVolley runners-up, Slovenia, who last year clearly confirmed that they belong to the world's elite, finishing 4th at the World Championship, might now be even more hungry for victory. Also, Serbia, the 2019 EuroVolley champion, aim to get back to the medal track. Beyond a doubt, it might be the most exciting race for the European crown.

In November 2022, all participating teams found their fate after the Drawing of Lots that was held at the magnificent Pallazzo Reale in Naples. All four pools promise thrilling encounters from the earliest stage of the event.

Italy will start their campaign in Pool A with Serbia, Germany, Belgium, Estonia, Switzerland. It might be the most competitive pool. Italy have a chance not only to defend their title, but also to repeat their achievement from 2005, when they lifted the trophy on home soil, co-hosting the event, since then none of the hosts have managed to make it. Serbia in 2021 lost to Italy in the semi-final, an experienced squad around Igor Kolaković hope to show their strength again and add a new medal to their cabinet. Germany and Belgium should never be underrated. The 2021 co-host Estonia keeps growing, once Switzerland will perform in Europe's prime event for the second time in history, after their debut back in 1971. 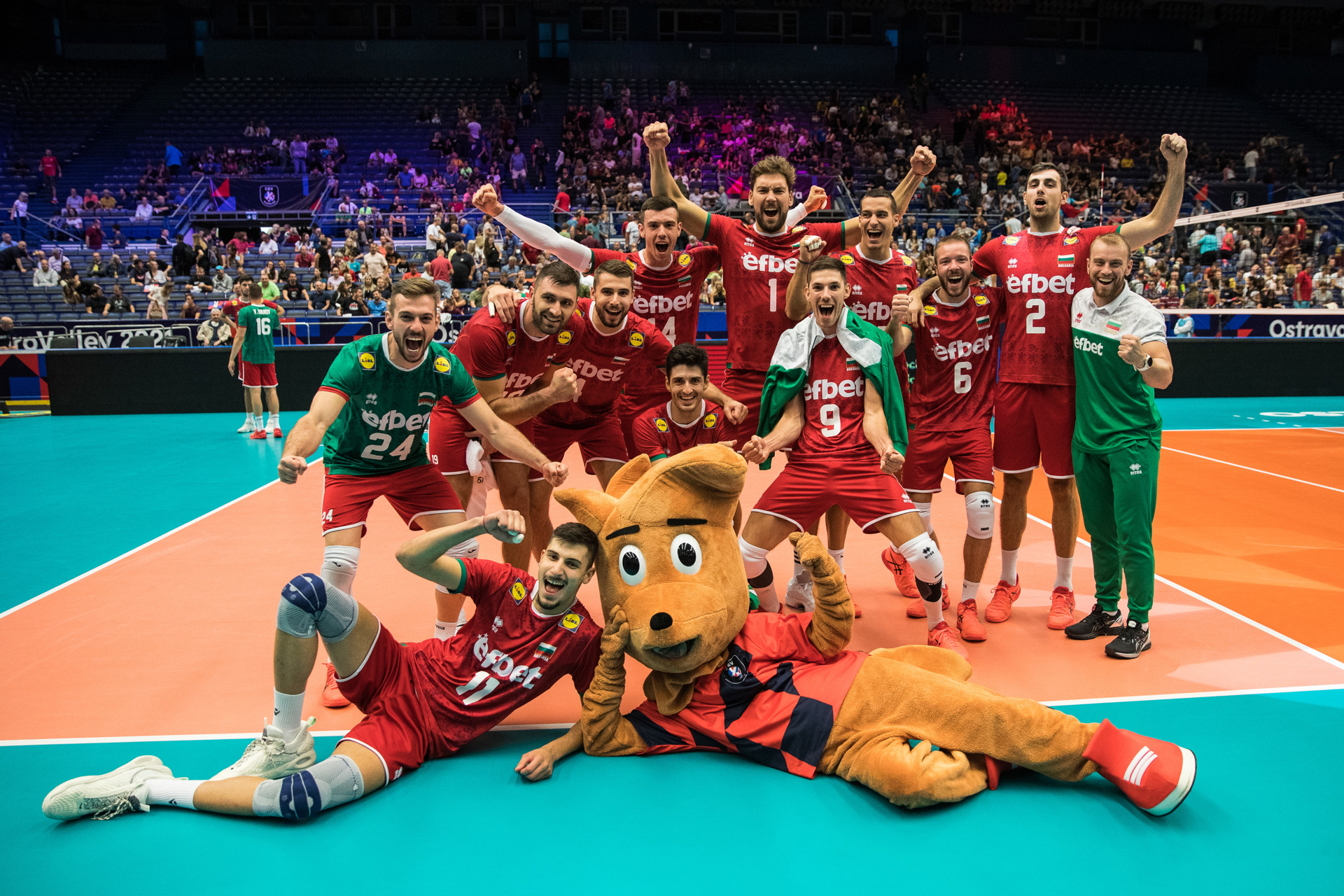 Bulgaria finished 11th at #EuroVolleyM 2021, but this year they aim higher

Bulgaria, who is second after Italy, the most experienced EuroVolley host, will deliver Europe's most prestigious competition from the pool phase up until the quarter-finals. The local favourites, with their hero, Tsvetan Sokolov, and rising stars Martin Atanasov, Aleksandar Nikolov and co. hope to hark back to their glory days. But things won't be easy in Pool B, where they will face Slovenia, who have enjoyed a great streak of success in recent years. Ukraine reached the quarter-finals of the 2022 World Championships where they lost to Slovenia, but showed big potential. Also, Croatia, Spain and Finland are able to impress forcibly through unexpectedness. 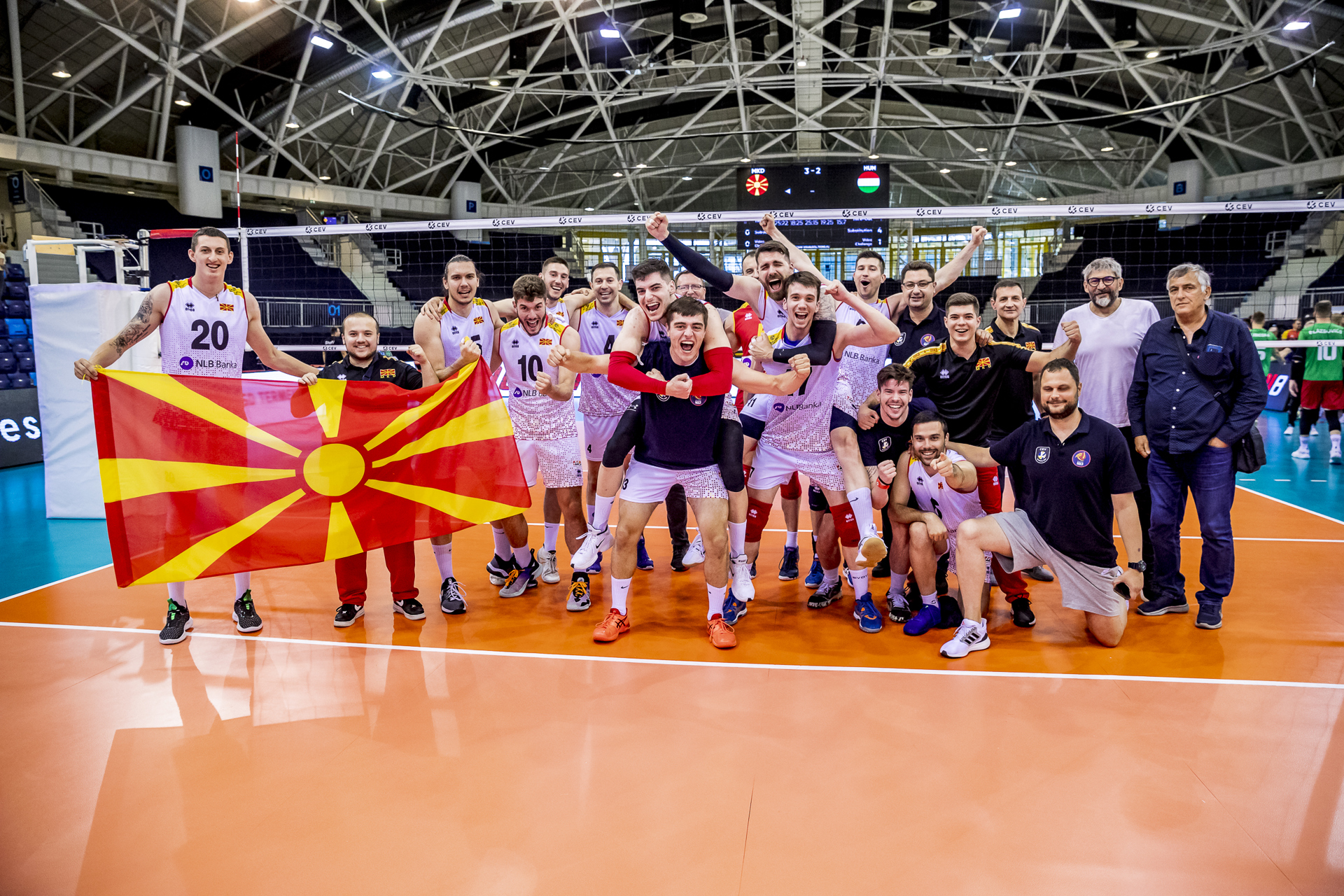 North Macedonia and Israel will host the EuroVolley for the very first time, welcoming the preliminary pool phase in their capital cities. North Macedonia, captained by charismatic setter Gjorgi Gjorgiev Jr, hope to pull the crowds in Skopje and achieve a historic result in their third consecutive appearance in Europe's prime competition. In Pool C, they will face Poland, The Netherlands, Czech Republic, Denmark and Montenegro. Poland have been podium regulars in all major events throughout recent years and are a top medal contender also this year, hence being a clear favourite of this pool. But they should be careful. The Netherlands have gathered steam, led by unstoppable Nimir Abdel Aziz, who is considered one of the world’s best opposites. In 2022, the Czech Republic proved that they can challenge any opponent, beating Türkiye in the final of the European Golden League. On the other hand, Denmark triumphed in the 2021 European Silver League, upsetting North Macedonia in the gold medal match. Israel return to #EuroVolleyM with a bang after 52 years

Last, but not least – intriguing Pool D, which consists of the hosting team – Israel, who will perform at the EuroVolley for the first time since 1971, and France, Türkiye, Portugal, Greece, Romania. After a 52-year-wait, Israel will definitely do their best to amaze the crowds and be noticed by Volleyball fans across Europe. The Olympic champions and 2022 VNL winners – France are eager to get another gold to their medal tally. On the other hand, Türkiye was a step from eliminating the USA in the Round of 16 at the 2022 World Championships, while Portugal impressed with their performance at EuroVolley 2021. Romania, who will co-host the 2025 edition and won the most recent European Golden League, want to mark their presence. And the gallant Greece always ready to fight until the last whistle of the game.