Pools set for #EuroVolleyU16W Final Round in Hungary and Slovakia

Luxembourg, May 11, 2020. The home of European Volleyball in Luxembourg played host on Tuesday morning to the Drawing of Lots for the final round of this year’s #EuroVolleyU16W. The event is due to take place from July 10-18 in Hungary and Slovakia, with participation of 12 national teams.

Next to the two host countries, another 10 teams have made it to the final stage of a competition that coincides with the international debut for many of the ‘stars in the making’ of European Volleyball. After completion of the 1st round qualifiers run by the respective Zonal Associations, another six teams qualified for the final stage through five 2nd round tournaments held last week.

Apart from Hungary and Slovakia, placed at the top of the respective pool that they are hosting in the cities of Nyiregyhaza and Humenne, the remaining 10 teams were drawn after regrouping them in five cups of two teams each as per the latest European Ranking in this age group.

The composition of the two pools reads as follows: 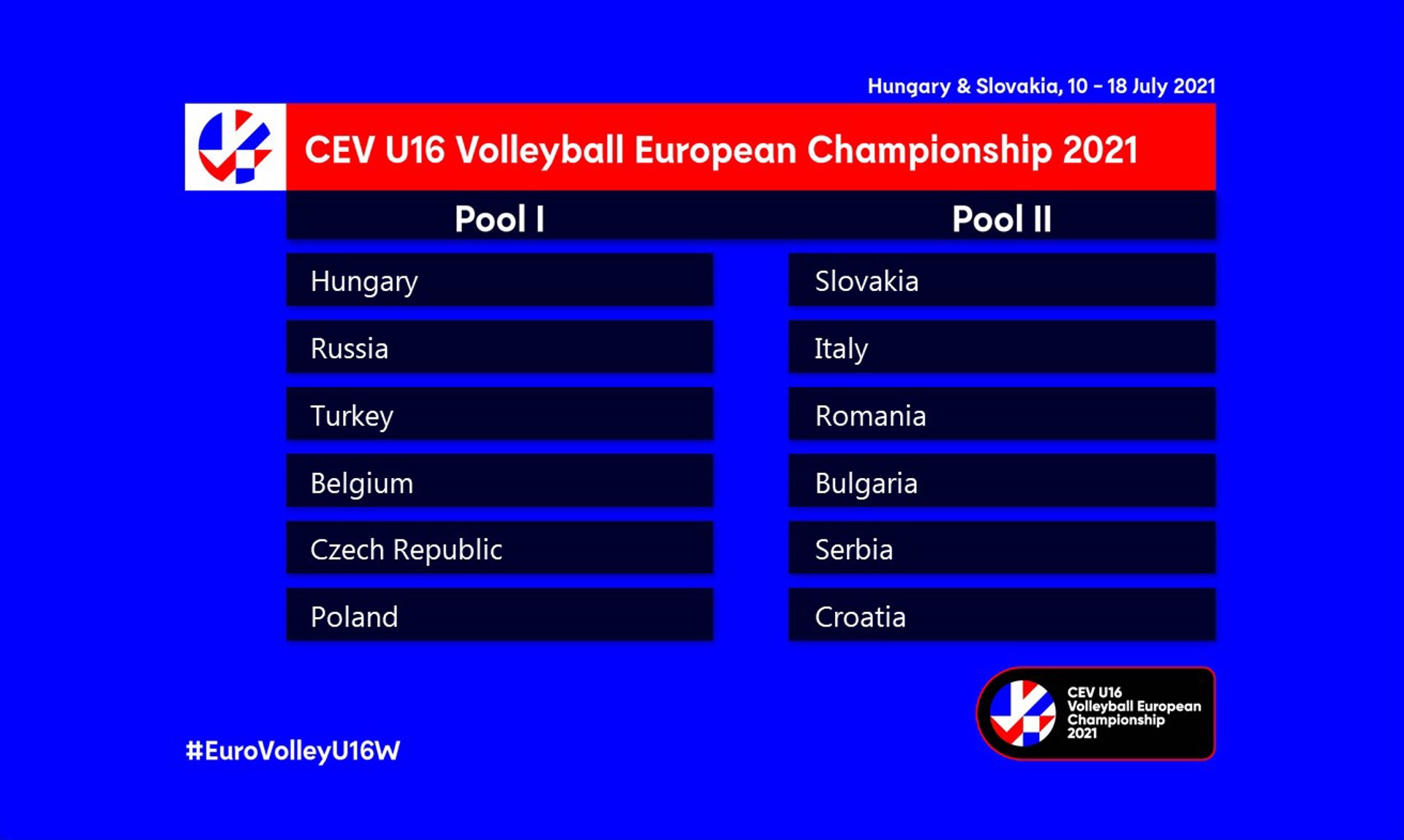 The top two from Pool I and II will contest the semis and medal matches in Nyiregyhaza, with those finishing third and fourth in the pool stage continuing their journey in the semis and classification matches 5-8 in Humenne.

The 2021 edition of #EuroVolleyU16W continues the extensive work that the National Federations of Hungary and Slovakia have been doing for many years to provide young players with an opportunity to compete at the highest level in their respective age groups. Back in 2017, these two countries co-hosted the final stage of the U18 Men’s European Championship after a year before they had joined forces to deliver the 2016 edition of #EuroVolleyU19W.

The year 2021 coincides with the third edition of #EuroVolleyU16W, with Italy claiming gold at the inaugural event held in 2017 in Sofia before Turkey triumphed two years later at the tournament co-hosted by Italy and Croatia in the cities of Trieste and Zagreb.

The detailed match programme for the pool phase of the competition will be available on the CEV website later today.