With action continuing in the 16th Finals of the #CEVChallengeCupW, a number of teams have secured their spot in the next round – with these including, among others, Nilüfer Belediye BURSA of Turkey, Spain’s CV Tenerife LA LAGUNA and Panathinaikos AC ATHENS – who played their first home match in the European Cups for many years in front of almost 1,000 fans. 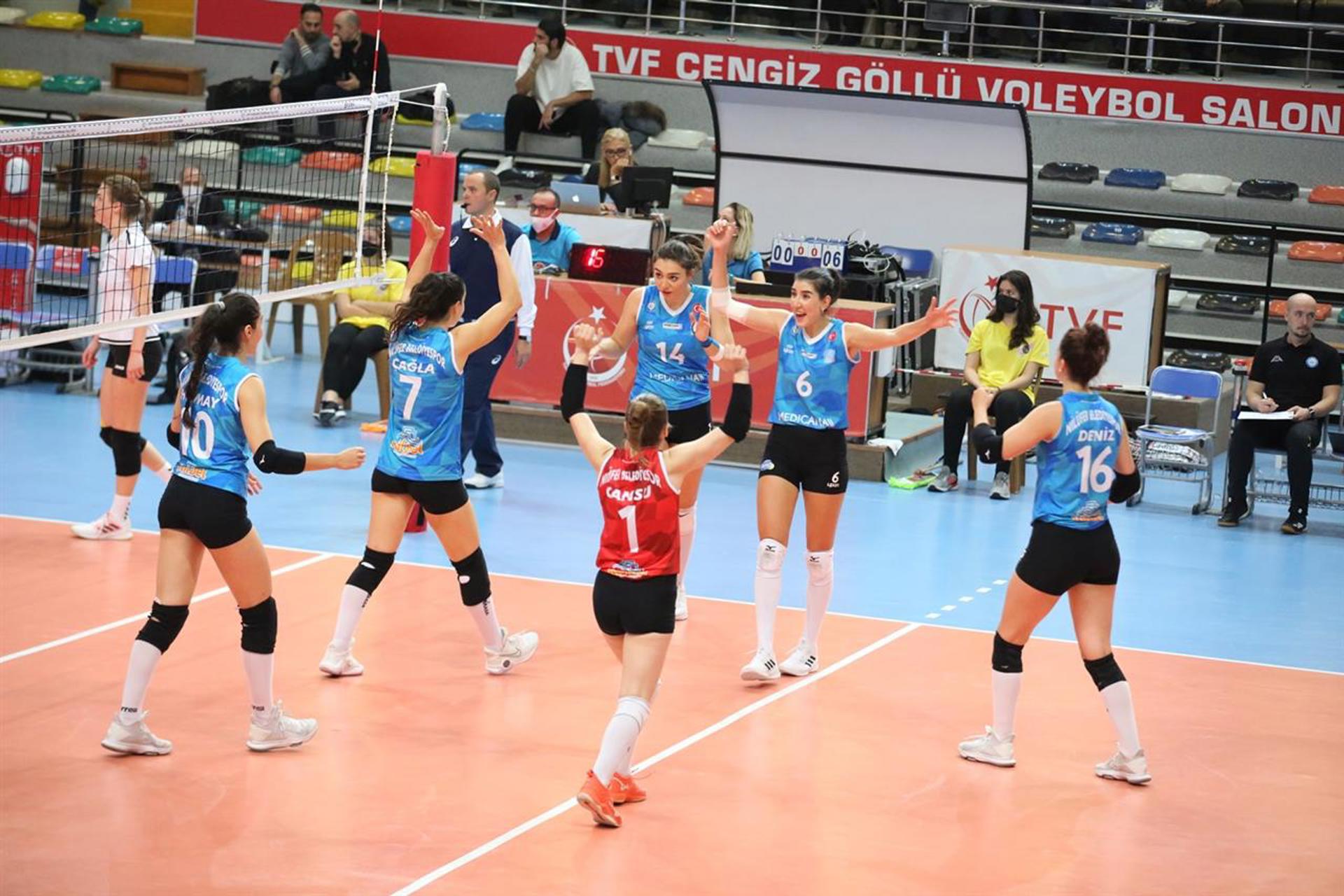 Nilüfer Belediye BURSA needed two sets only to secure their spot in the 8th Finals of the #CEVChallengeCupW. On Tuesday, they had claimed a 3-1 victory in the first of two back-to-back matches with Lithuania’s TK KAUNAS VDU. On Wednesday, on the day Turkey celebrated the annual Teachers’ Day, the Turkish team re-started their campaign at a high pace with Emily Maglio joining the game only late in the first set as her side had already claimed a comfortable advantage. After taking the first and second sets by the score of 25-19 and 25-22, respectively, BURSA had claimed a spot in the next round already – before a very one-sided third set ending at 25-7 sealed a comprehensive victory for the Turks. The home players received warm congratulations from the club’s President, Turgay Erdem, who presented them with gifts to commemorate the day. Their next opponent in the competition will be Spain’s CV Tenerife LA LAGUNA.

The Spaniards recorded a 3-1 home victory in their second match with Apollo 8 BORNE – to go with their 3-2 success away from home last week in the Netherlands. The support of the fans, combined with a very good performance from the service line and at blocking, paved the way towards the Spanish success. CV Tenerife LA LAGUNA set the tempo of the match from start to end of the first set (15-11, 23-18, 25-19) but they found themselves trailing 3-5 in the second after the Dutch team scored five points in a row. The visitors extended their advantage to five points at 18-13 and despite some changes to their starting six, the Spaniards could not find a way to come back and eventually lost the set 15-25. CV Tenerife LA LAGUNA regrouped in the early stages of the third set (5-2, 12-6), and even though the Dutch team managed to cut their deficit at 17-14, the hosts were not to stop – taking the third set by 25-19. With an early 13-7 advantage, it looked like the Spaniards were well on track towards claiming a home victory – however, Apollo 8 BORNE attempted a comeback (15-12). That was the best they could achieve, as the hosts resumed their run and with the help of an outstanding Patricia Aranda, they eventually sealed their victory at 25-17 – and with that a place in the 8th Finals. 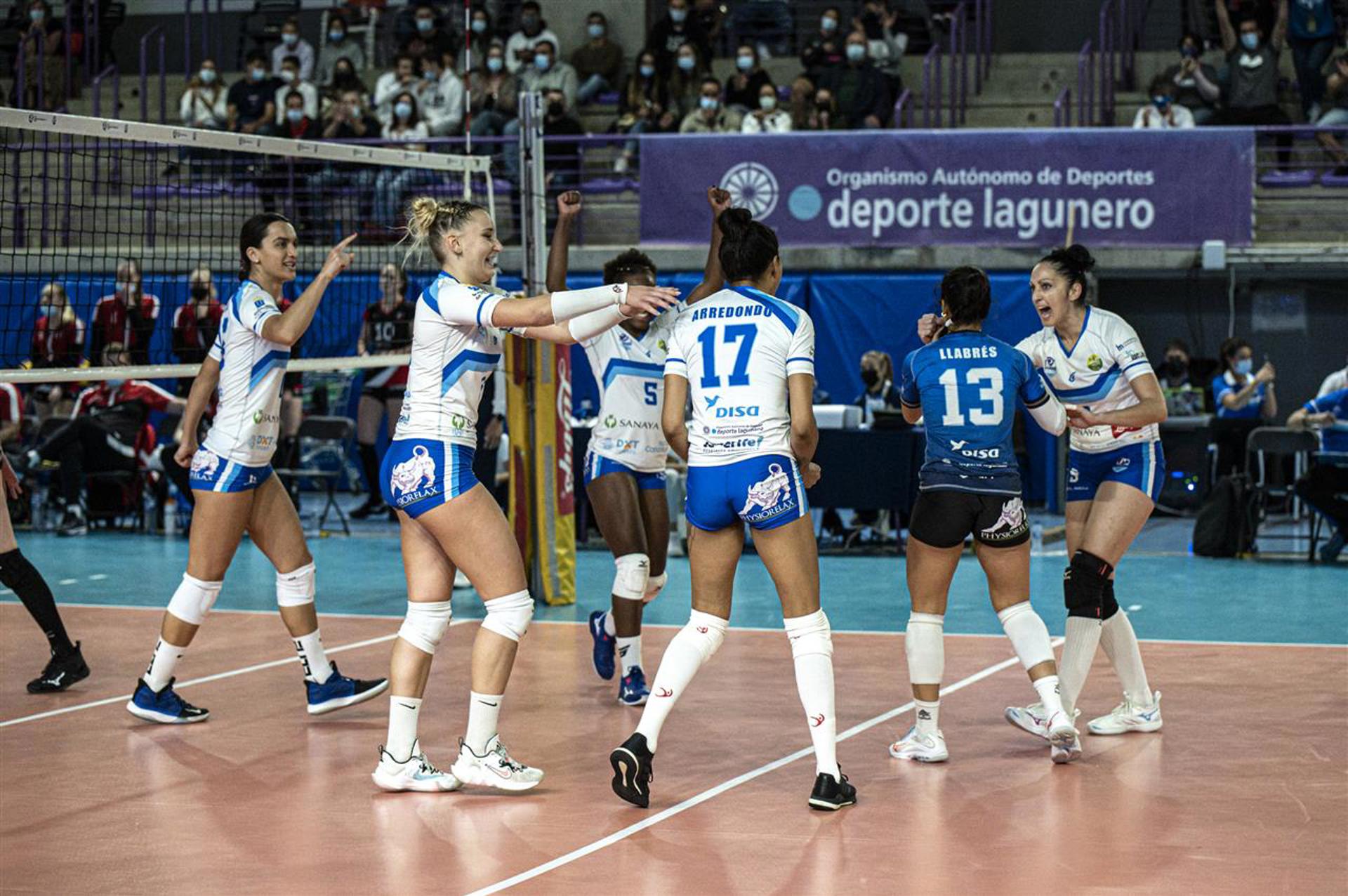 Margarita Stepanenko, player of Panathinaikos AC: “We did a great job. We worked hard and prepared ourselves for today. We are ready for the next round, and I hope everything will be ok. We have on Saturday an important game against AEK and after that, we can think about the next round in the Challenge Cup.”

“We know we have a good team, and we also knew that by playing well and with the fans on our side, we could get this win. We were concentrated and well prepared. It may look like an easy victory but it was not. We want to thank our fans for their support.” 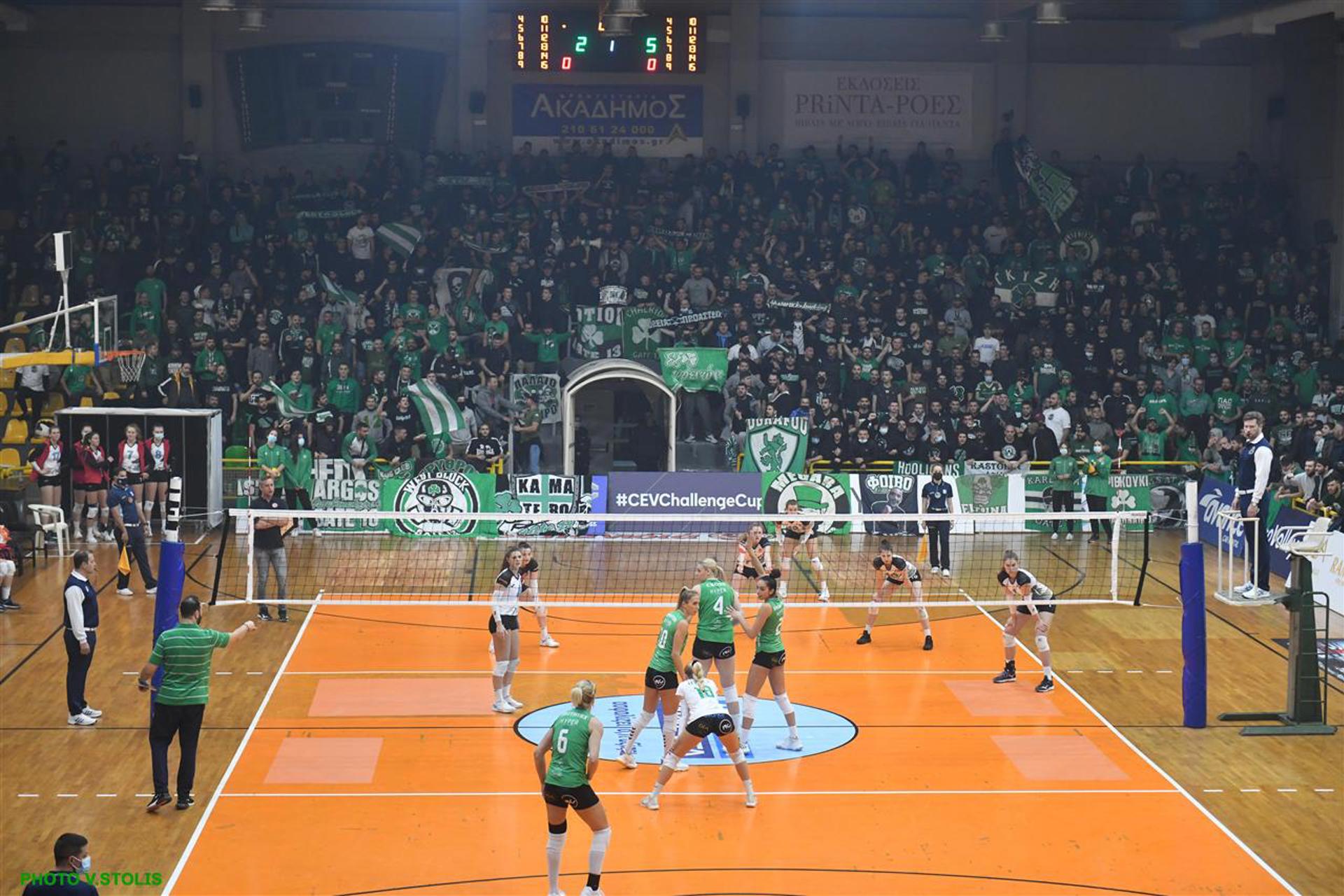 Panathinaikos enjoyed the loud support of some 1,000 fans in their home match with TJ OSTRAVA

Zdenek Pommer, head coach of TJ OSTRAVA: “Unfortunately, we did not manage to qualify for the next round. Although we started all the sets well, we could not keep the same pace until the end, except for the first one. Anyway, Panathinaikos has a good team and I wish them good luck for the next rounds.”

Sandra Kotlabova, player of TJ OSTRAVA: “We tried hard but we will not be the team that will continue to the next round. In terms of atmosphere, we knew the match was sold out and we expected such a crowd. It was fantastic.”