ŁKS Commercecon ŁÓDŹ and CV GRAN CANARIA are playing this week back-to-back matches in the 8th Finals of the women’s CEV Cup. Both matches take place in Poland after the two clubs found an agreement to this extent, with the hosts from Lodz regarded as one of the main contenders for this year’s CEV Cup title. 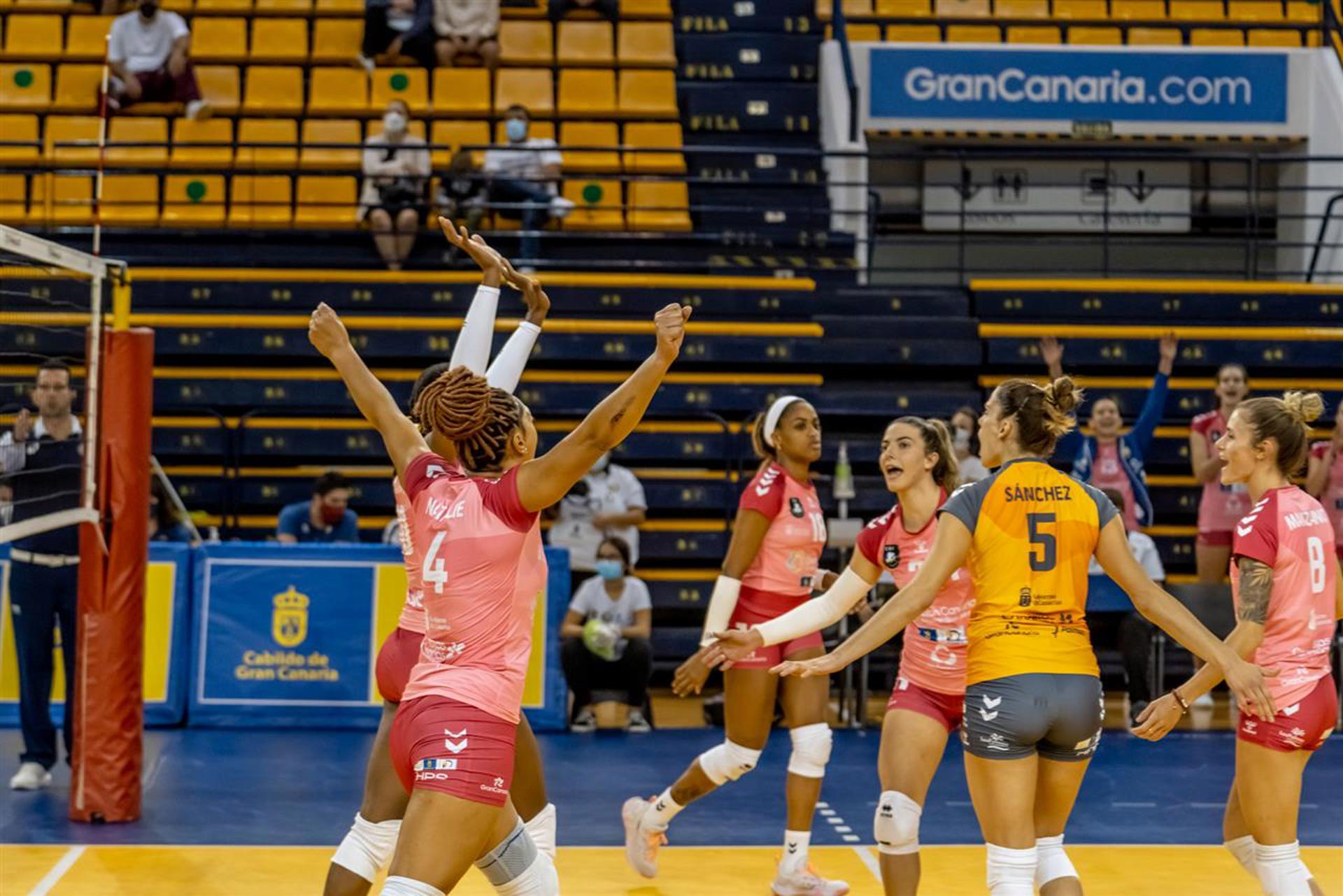 “The potential of our opponents is very high; they are always in the top half of the table in their league and want to go as far as possible in Europe – aiming to win titles. We have to go out and compete at our maximum and we will see if we can win. You always have to dream. Life is full of dreams, and we have to dream all the time, because that is what drives us. We always have to aspire to the maximum and we have to go for it.”

Last season, ŁKS Commercecon ŁÓDŹ finished the regular season of their national league in fourth place with a record of 15 wins and 7 losses. They reached the semis where they lost to the team from Rzeszow, before claiming third place after emerging victorious from the small final with their opponents from Radom. In the national cup, they reached the semis as well, losing to eventual winners Grupa Azoty Chemik POLICE.

Slovakia’s Michal Mašek has returned to lead the team after doing so between 2016 and 2019. He went back to Poland after coaching PAOK THESSALONIKI in Greece in a career including stints in Germany and as head coach of the Slovakian national team as well. In the previous stage of the competition, the Poles beat Hungary’s Swietelsky BÉKÉSCSABA 3-1 away from home and on home soil as well. At this stage, they sit in fifth place in their national league on a 7-5 win-loss record, after losing their last match to MKS KALISZ. 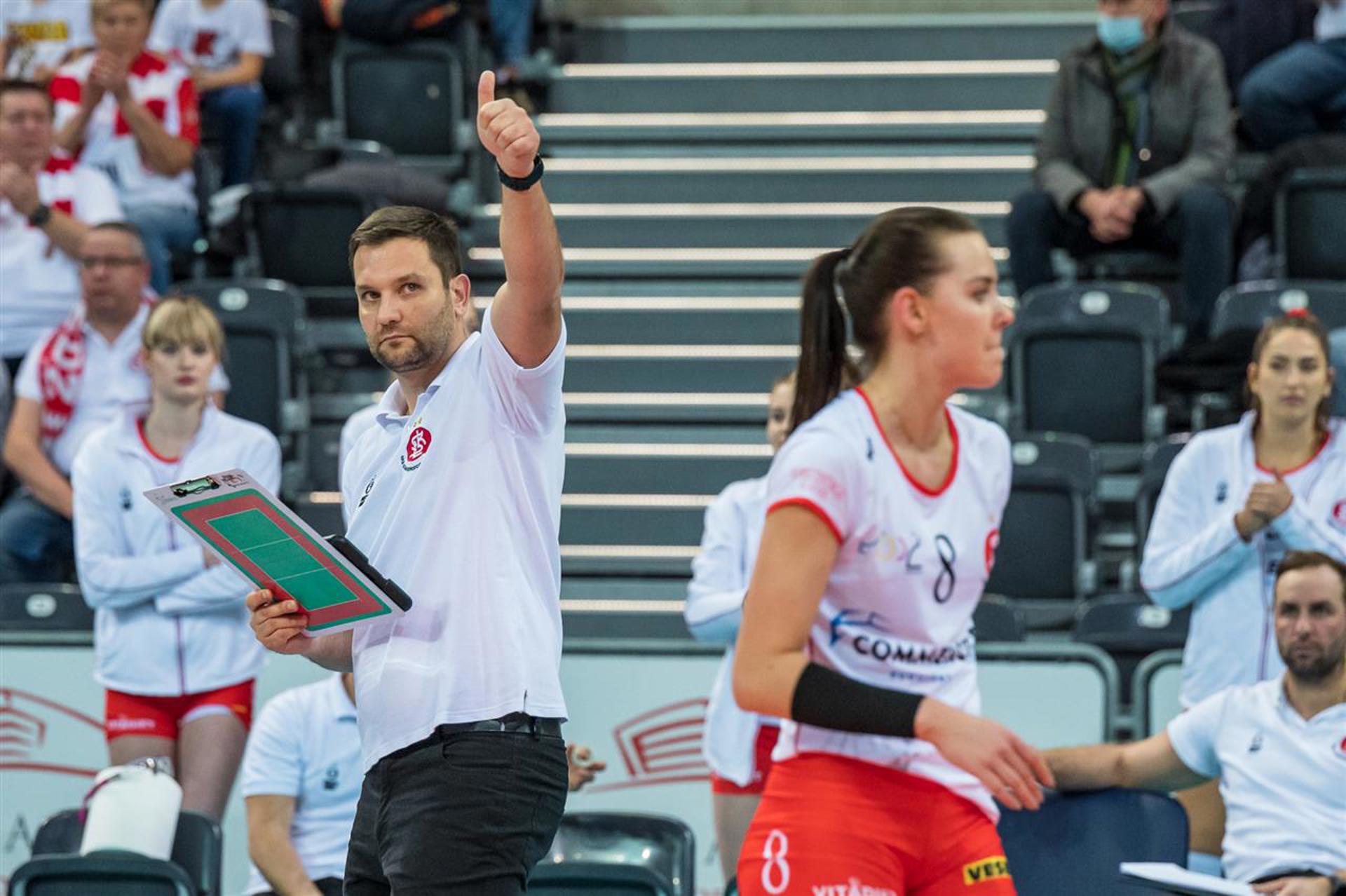 CV GRAN CANARIA, on the other hand, are yet to experience a single loss in their national league. However, they know that the Polish championship is of a different calibre. The Spaniards have already made history by reaching this stage of a European competition for the first time.

Pascual Saurín, head coach of CV GRAN CANARIA: “We are going to try to compete as far as they will let us, because we know the potential of the Polish team, which is quite high. We are probably at our best now, but we also know that in a play-off of this kind, the result does not depend on us alone, because we will also have an opponent in front of us who will only let us go as far as they want. We are in good shape and with plenty of players, knowing that any player can come into the game at any given moment and lend a helping hand, which is a good and positive thing.”

Helia González, player of CV GRAN CANARIA: “We have to be very brave, take risks and not be afraid even if the rival is superior, we have to go out and do our thing, because we have talent and good things that can help us to make them suffer and take a good result from there. I would love them to have a weakness, but I do not think they have any. They play in a very strong league and they have players from very strong national teams. Therefore, we have to try to destabilise them, because they will probably be more relaxed than us, as they know they are better, but we have to look for the gaps, be brave, take risks in serve and attack, to try to break their structure a little.”