The countdown to the Drawing of Lots for the 2022 edition of the European Cups has started, with live streaming from the iconic European Broadcasting Centre in Luxembourg City starting at 12:30 pm CEST on the CEV’s YouTube channel and Facebook page. 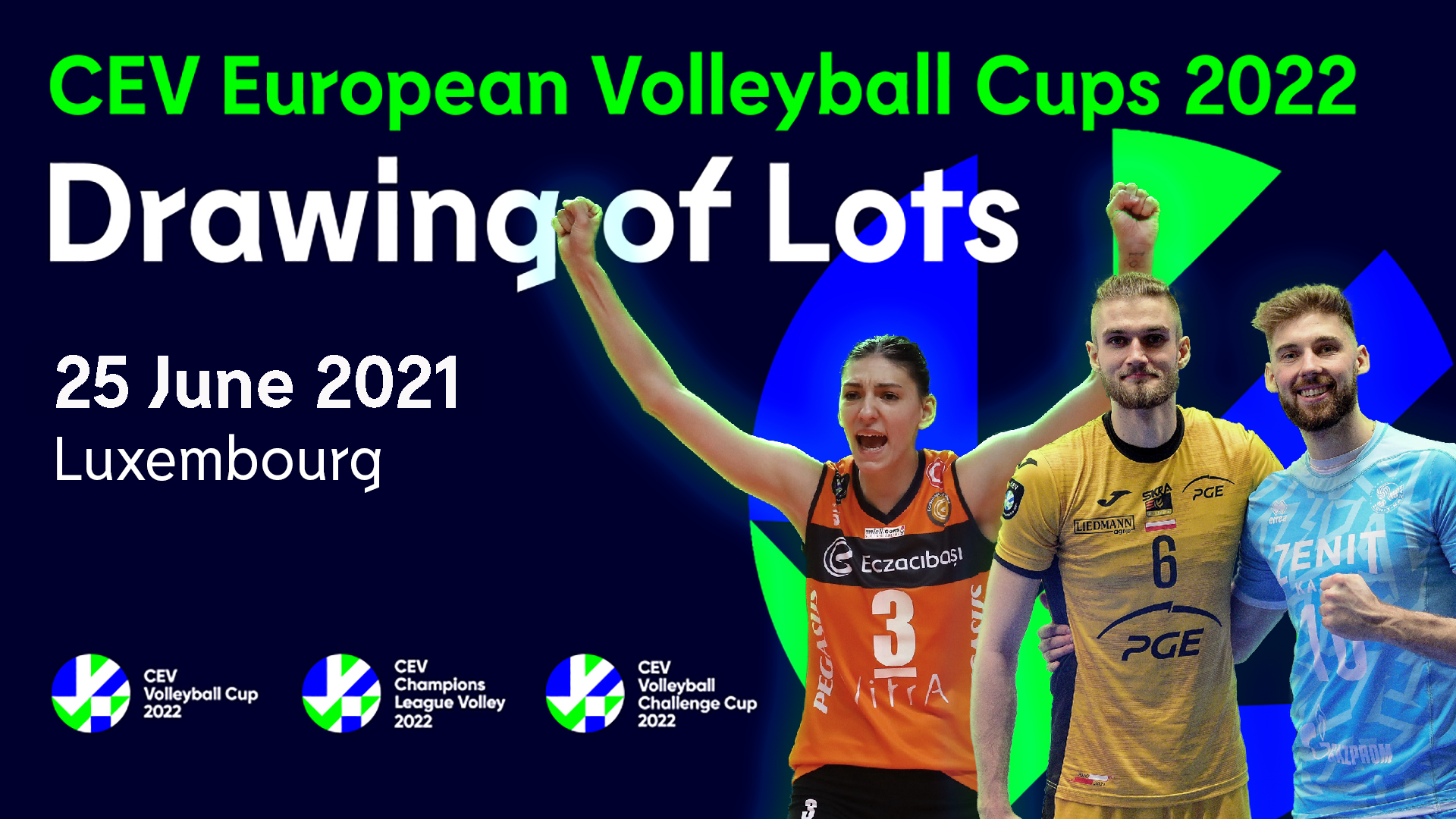 The DOL involves teams participating in the early rounds of the elite CEV Champions League Volley as well as those contesting the CEV Cup and Challenge Cup. As many as 197 clubs, a record-breaking figure, have registered for participation in the European Cups 2022.

Two elite Volleyball players, Robin de Kruijf and Dragan Stankovic, both winners of the CEV Champions League, will join the event, which will help define the journey of the teams in their European Cups campaign starting in late September.

Dutch middle blocker Robin de Kruijf just completed a fabulous season with A. Carraro Imoco CONEGLIANO, with the ‘Panthers’ conceding no loss at all across four competitions, while Stankovic was the captain of Cucine Lube CIVITANOVA when the Italians won the historic Super Finals held in Berlin in May of 2019. Stankovic now plays for MODENA Volley, with the team coached by the legendary Andrea Giani due to contest the CEV Cup in the 2021-2022 season.

The DOL for the group stage of the CEV Champions League will be taking place on September 24 in Ljubljana, Slovenia, in conjunction with the European Volleyball Gala co-hosted by the CEV and the Volleyball Federation of Slovenia.

Click here for a comprehensive list of the teams due to contest the 2022 edition of the CEV Champions League Volley.

Click here for a comprehensive list of the teams participating in the CEV Cup and Challenge Cup 2022.