On Wednesday night, Poland’s ŁKS Commercecon ŁÓDŹ claimed also the second of back-to-back matches with CV GRAN CANARIA scheduled for the 8th Finals of the women’s CEV Cup. After storming to a 3-0 victory on Tuesday, the hosts achieved the same result in the re-match as well – however, their task was not as easy as it may look at first glance. In the quarterfinals, the Poles will be playing against Mladost ZAGREB of Croatia – who qualified through walkover after the withdrawal of Switzerland’s TS Volley DÜDINGEN from the competition. 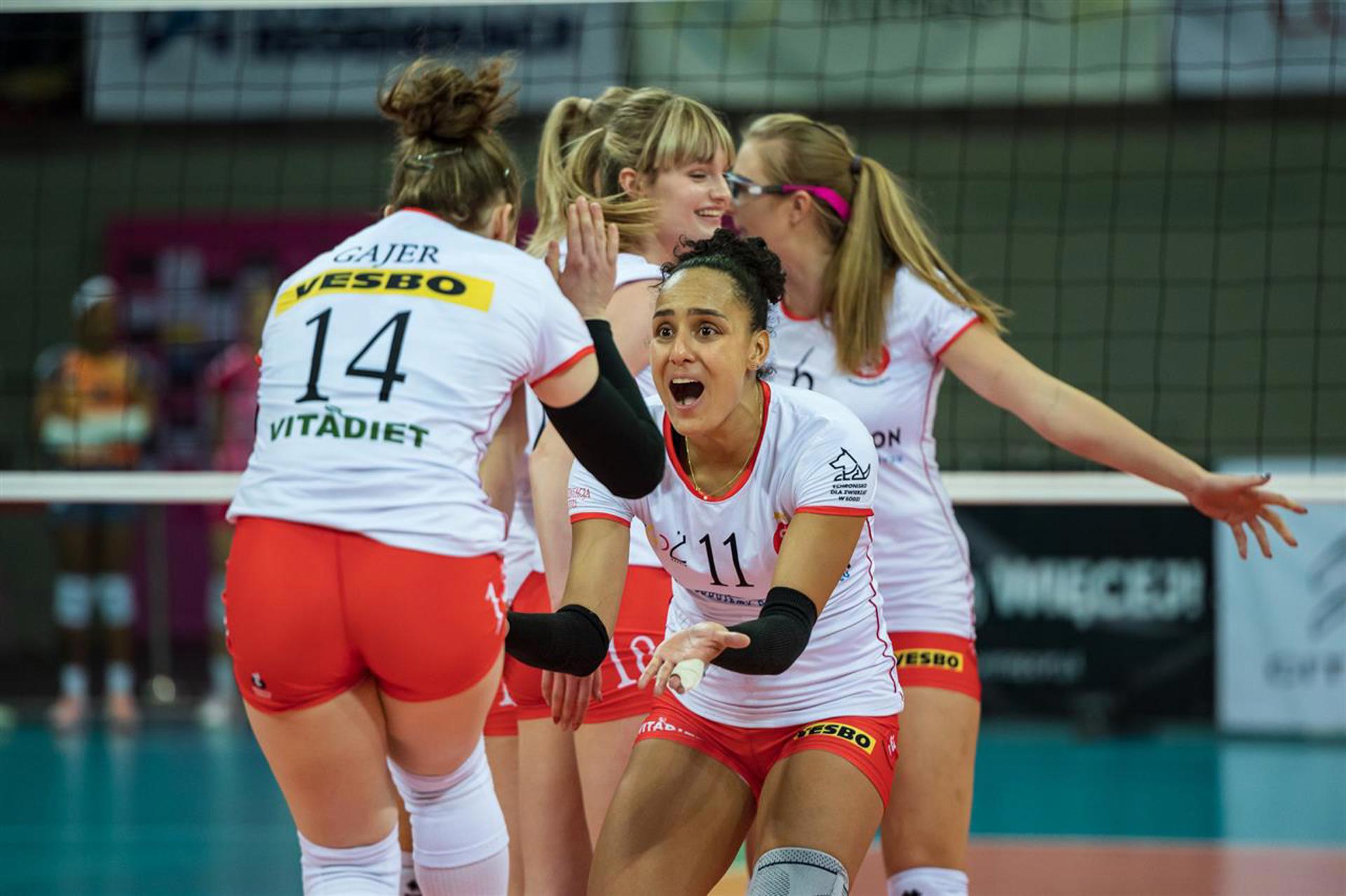 CV GRAN CANARIA put up a real fight, doing so especially in the first and third sets, which eventually both ended at 25-23 for the home side – as they capitalised on their experience from contesting international matches. The winners blocked their opponents 11 times and scored as many as six points from the service line, with these numbers contributing heavily to their eventual 3-0 victory.

The libero of ŁKS Commercecon, Paulina Maj-Erwardt received the award for the Most Valuable Player of the match after registering an impressive 74% of positive receptions.

“We played as a team. We did not try to use the mistakes made by the opponent. We enjoy every victory with a smile on our face, although we know that not every match ends in a victory."