Panathinaikos off to flying start in #CEVChallengeCupW

After reaching the quarterfinals of this very same competition last year, Panathinaikos ATHENS have returned to the stage of the CEV Volleyball Challenge Cup and started their quest for glory with a comprehensive 3-0 home victory (25-15, 25-13, 25-20) in their 32nd Final fixture with Switzerland’s Sm’ AESCH Pfeffingen. This means that the ‘Greens’ will have to take another two sets from the re-match in Switzerland to claim a spot in the 16th Finals. 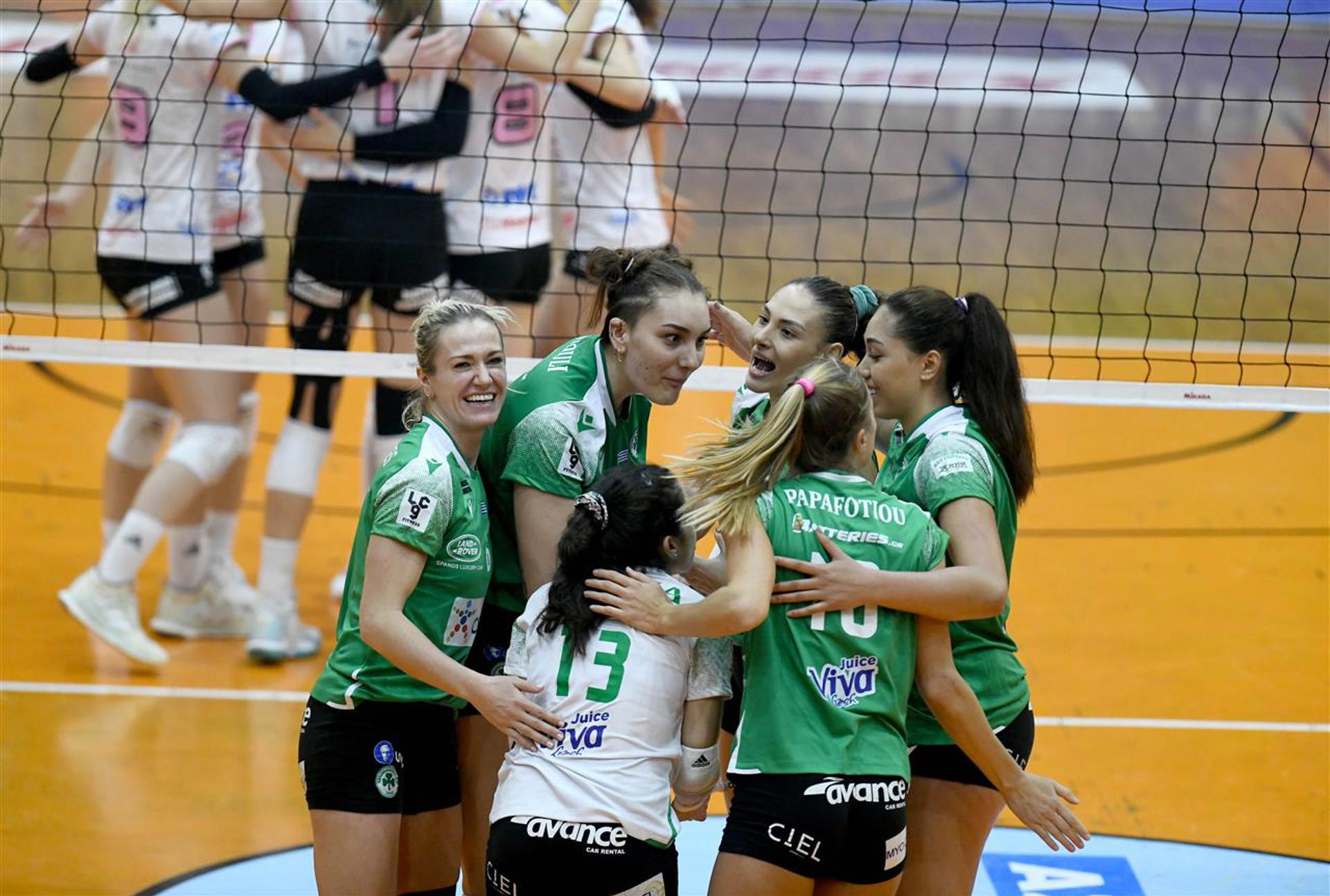 “We are happy for the win and of course it gives us motivation and a good feeling. We had good energy and tried to take advantage of our attack. We were consistent in reception and took advantage of our chances. The fans were great once again and created a beautiful atmosphere.”

Branko Gajic, head coach of Panathinaikos: “First of all, I want to thank our fans for their support. With them by our side we always play better. We played well in the first two sets but in the third we lost our concentration. The win of course is important, but we must learn to play at the same level from start to end.”

Timothy Lippuner, head coach of Sm’ AESCH Pfeffingen: “They pressured us during the game and for sure it was a tough match for us. It was a special experience, because of the atmosphere created by the Panathinaikos fans. We did not have good reception and we struggled with our attack too. It took us a long time to get into the match but in the third set we did better. For our home game we will try to be better in attack.”

“It was a special match for us, and we enjoyed the atmosphere of a European game. It was a great experience. We want to play better in our home match and enjoy it even more. It was a good battle against Martha Anthouli, we stand almost just as tall, so it was interesting.”