Panathinaikos stun OOSTENDE in first round of #CEVChallengeCupW 8th Finals

Panathinaikos AC ATHENS easily claimed the first of two back-to-back matches with Belgium’s Hermes Rekkenshop OOSTENDE that they are due to contest on home soil this week in the 8th Finals of the women’s CEV Volleyball Challenge Cup. The Greek team needed 61 minutes only to storm to a comprehensive 3-0 victory (25-17, 25-10, 25-12), with the re-match due to follow on Wednesday. Panathinaikos need to take at least two sets to secure their spot in the quarterfinals. 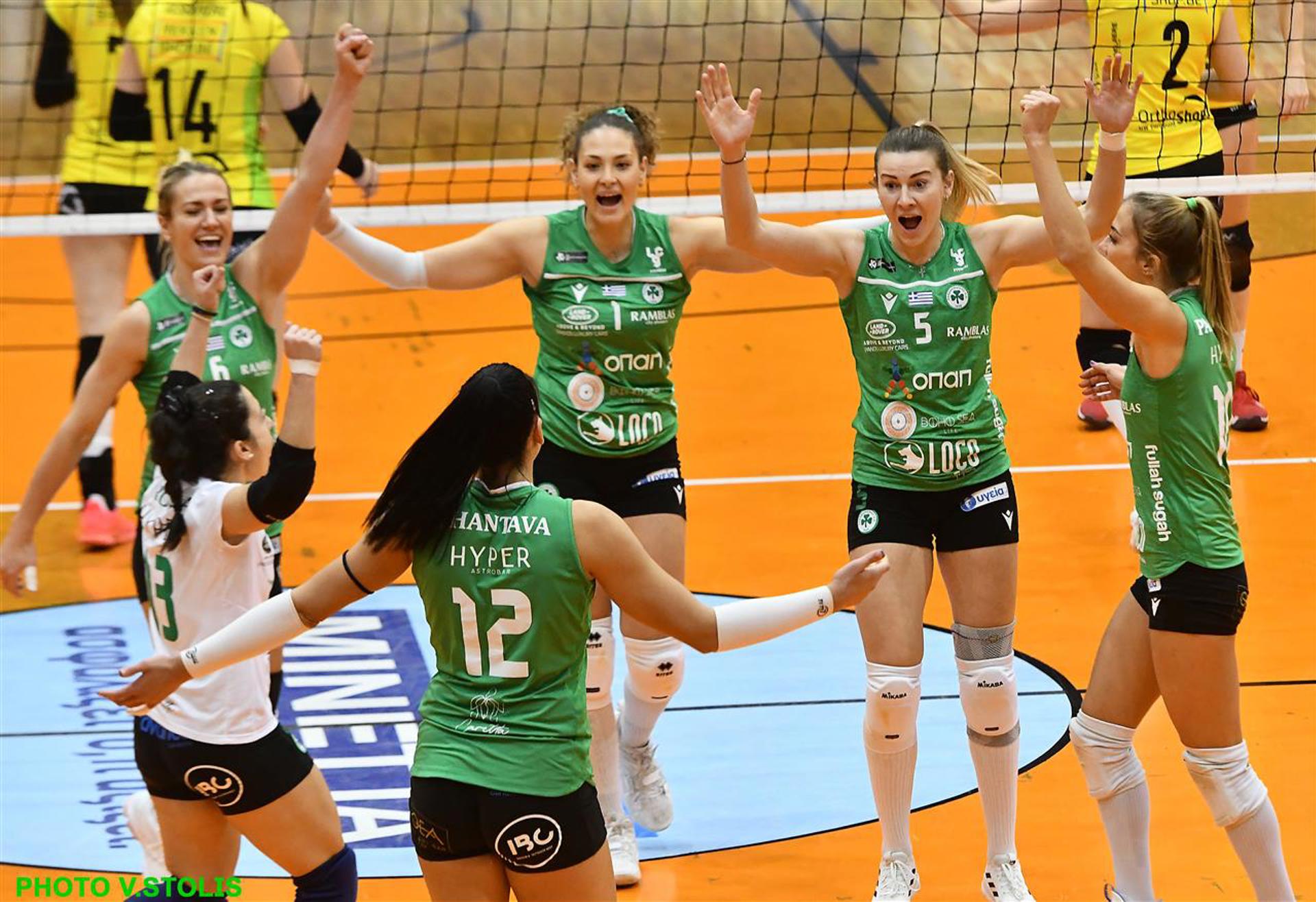 “I think today we performed very well and we had a good rhythm. If you see the arena with such a crowd at 3 pm, you know you must play at your best. Tomorrow we have the same opponent, and we must secure the two first sets to qualify. We did a good job with the block and that’s why we took 17 points from it.”

Panagiota Rogka, player of Panathinaikos: “This was the first step. Tomorrow we have another game, and we must stay focused. Congratulations to my teammates and the staff for preparing us so well for the opponent. I am sure that tomorrow both teams will be playing better than they did today.”

“Today we could not play as we wished and therefore we lost. We were good in defence, but we could not finish many points in our favour due to Panathinaikos’s excellent block. The atmosphere was great, and it was a pleasure playing with this crowd. We would like to see the fans of Panathinaikos again tomorrow and we will try to be more competitive.”