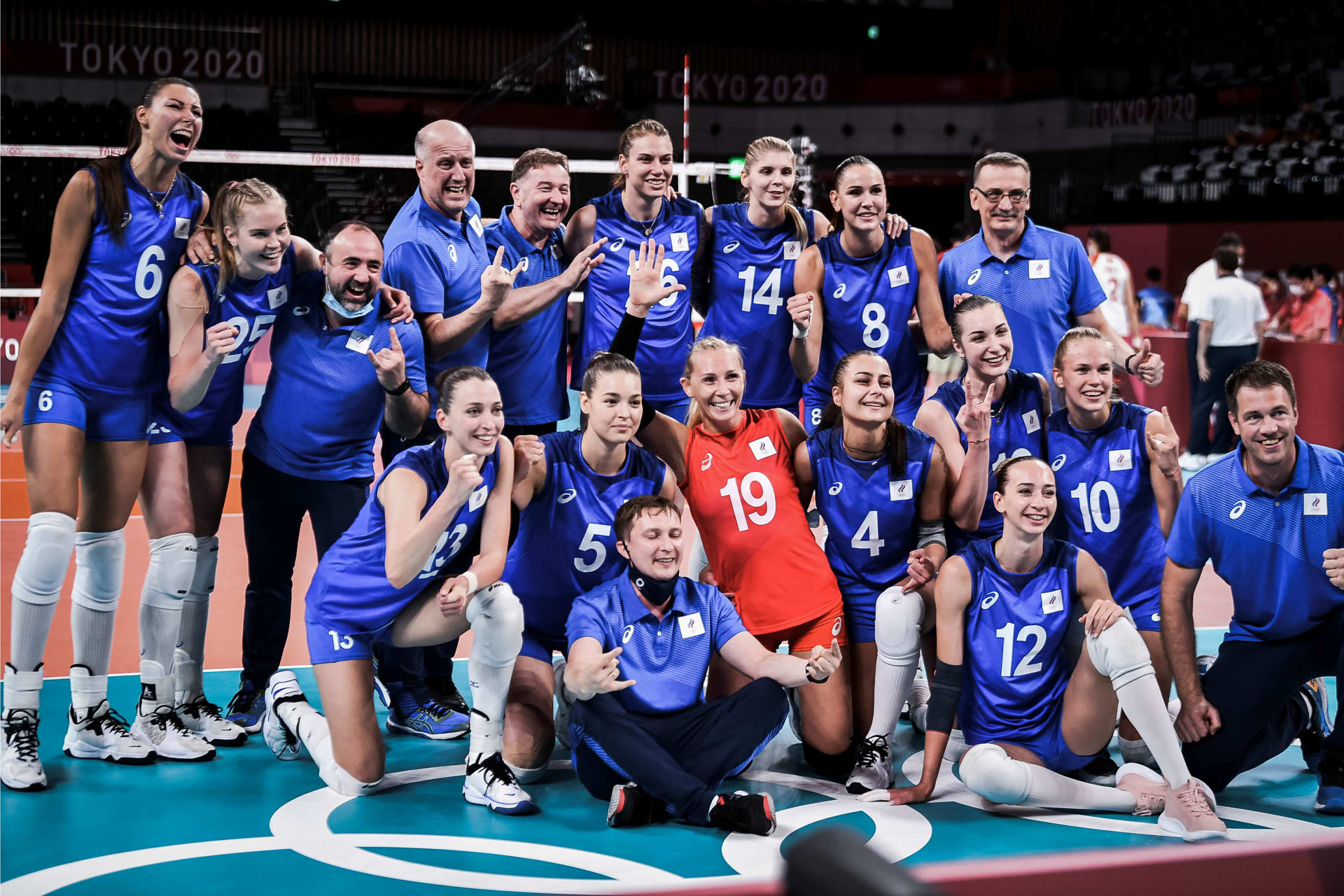 ROC celebrate a vital victory in their Tokyo 2020 campaign. [Photo by Volleyball World]

A true volleyball battle took place in Pool B between team ROC and China. The reigning Olympic champions suffered their this upset at Tokyo 2020 so far, after losing to ROC, who came back from 2-1 behind. Arina Fedorovtseva, Nataliya Goncharova and Irina Voronkova delivered fantastic performances with all players scoring 28, 27 and 26 points respectively. On the other side of the net Li Yingying was the key player in China’s hustle, scoring 27 points for her team, while Zhu Ting brought 17 points. Irina Fetisova added 5 blocks of her own as her team scored 14 points in that element. While ROC outplayed China in attack, the defending Olympic champion played better in service, scoring 8 aces to only 3 of the ROC side. This is a second victory for ROC at the Olympic Games and the first five-setter played by the European side.

ROC players were emotional after their five-setter victory against China. [Photo by Volleyball World]

“Happiness, I just feel happiness after this game. This was a fantastic match with Olympic champions. China played well, it was a big show for all people. When you play with a good team, you have to have a strong character, which is very important. This victory is very significant for position in the tournament and the group. It was important for us, because we had a bad game with Italy, and we needed a win and a strong game for our morale.” 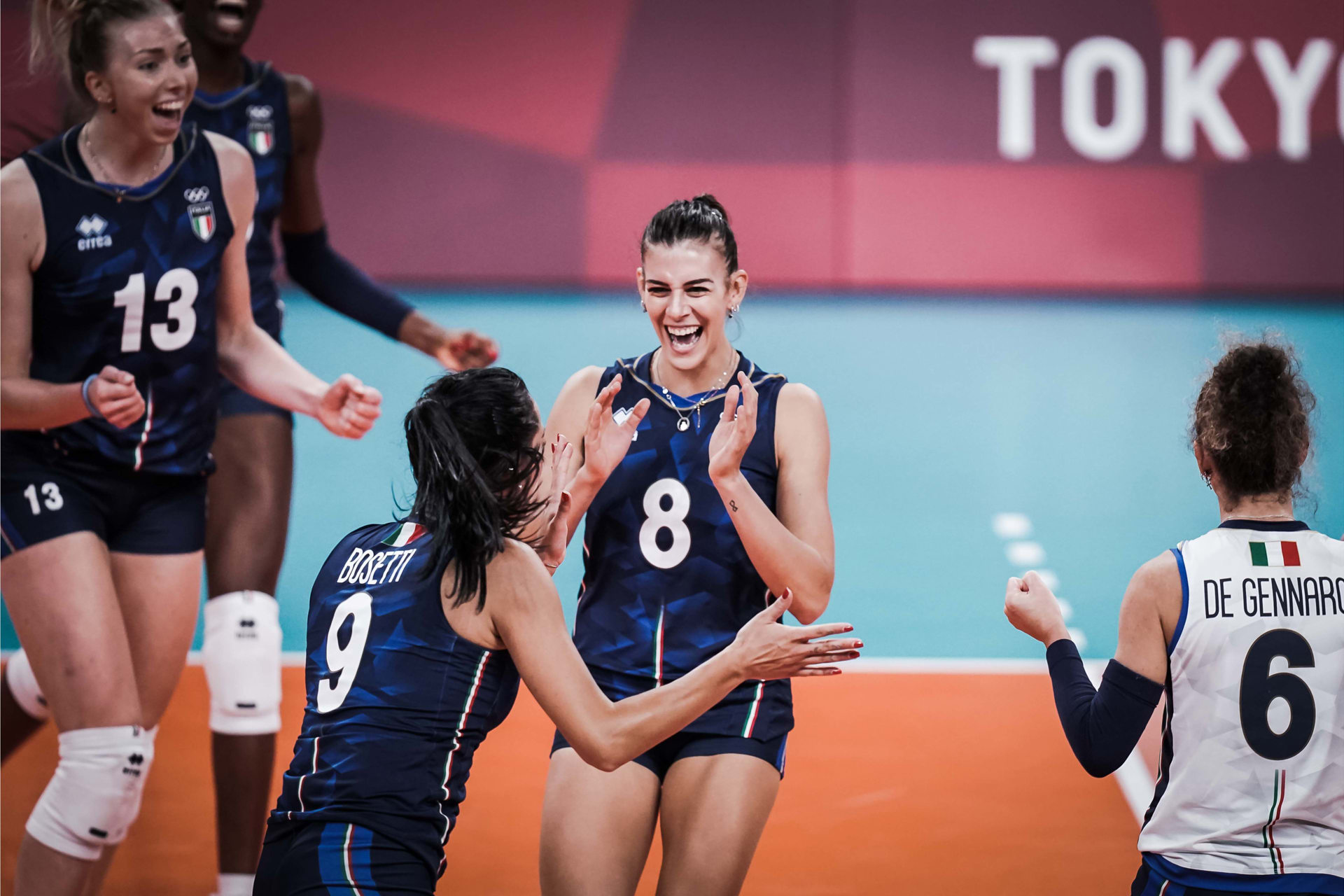 Italians celebrate as they extend their winning streak to 3 victories so far. [Photo by Volleyball Word]

Italy claimed their victory, opening the third day of women’s competition at Tokyo 2020 with a match against Argentina. Italians led in all elements, outscoring Argentinians in attack (42 points to 28 of Argentina), serve (6 aces to 2), but their strongest element was the block. The team scored almost four times more points in block, with 11 points comparing to just 3 stuff blocks on the other side of the net. Paola Egonu was once again the top scorer for her team with 17 points, while Paula Nizetich gained 8 points for Argentina. Italian middle blockers performed well at the net, with both Raphaela Folie and Sarah Fahr scoring 3 stuff blocks each. Despite good results across the board, the Italian team made more errors than their opponent, giving away 19 points to 16 lost by Argentina through their own mistakes. Serbians are yet to lose a set at Tokyo 2020. [Photo by Volleyball World]

Serbia also celebrated another victory, beating Kenya in straight sets. Coach Zoran Terzic decided to give more players a chance to play, allowing entire squad to get some game time throughout the match. Tijana Boskovic took a well deserved break from outstanding scoring, bringing “just” 9 points for her team. It was Brankica Mihajlovic who reigned the scoring board with 17 points (10 winning spikes, 3 blocks and 4 aces). But it wasn’t just Mihajlovic who performed well form the service line: the team scored 10 aces collectively, comparing to just one ace scored by Kenya. Serbians also dominated attack and block, scoring 47 and 8 points respectively, comparing to 27 winning spikes and 3 blocks on the Kenyan side. "We had three matches and maximum wins. We are trying to go into every game with maximum focus and motivation. We are here to make a good result, our goal is high. But we are taking it step by step, our next game is against Brazil (on Saturday) and this is a team that is very good, always playing at their maximum at these kinds of competitions."

Brankica Mihajlovic
Outside Hitter of Serbia 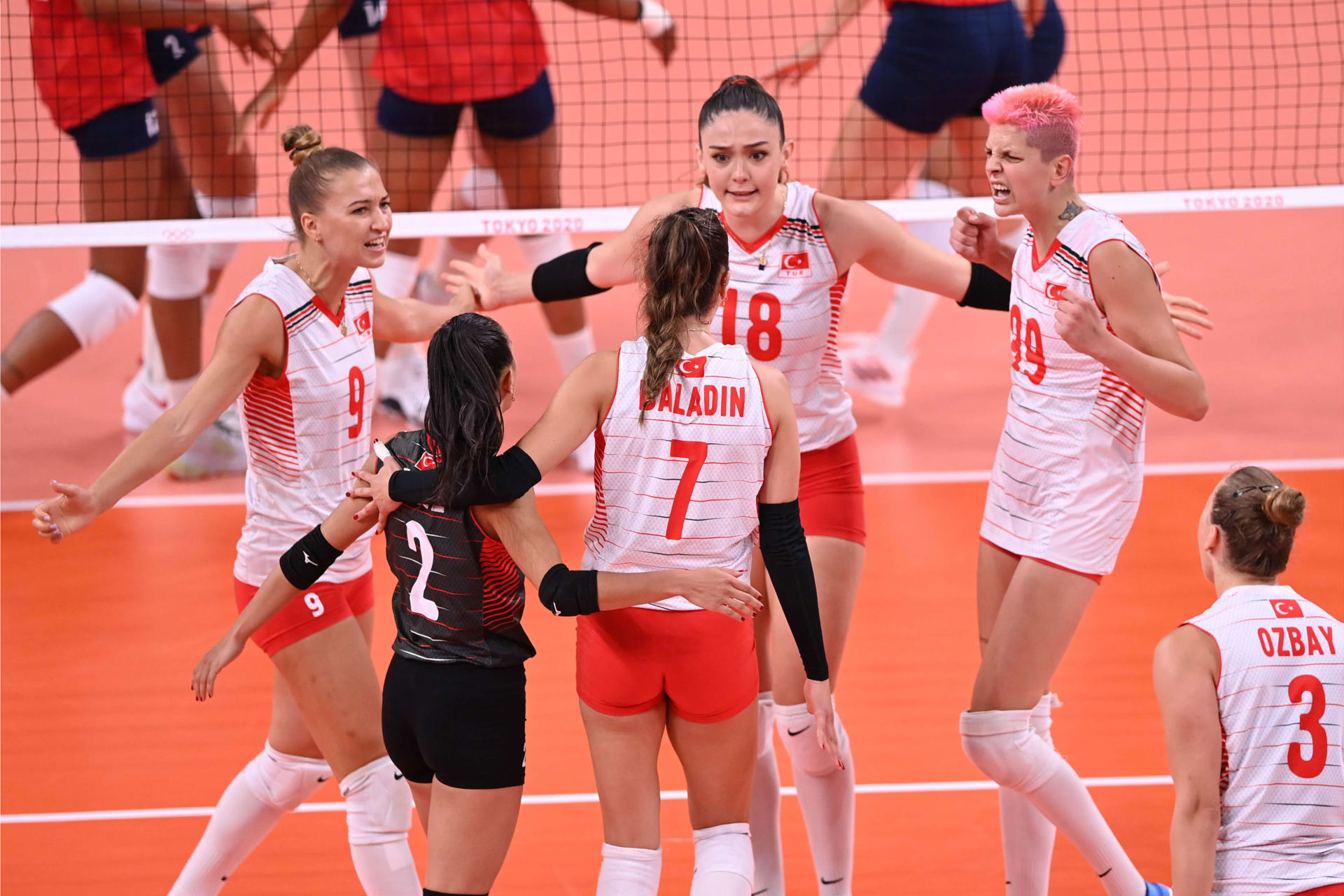 Turkey made a come-back from 2-0 behind USA, but were unable to secure a victory. [Photo by Volleyball World]

Following their loss to Italy on Tuesday, Turkey were facing another challenging opponent. Giovanni Guidetti’s side took on one of the favourites of this Olympic Games, USA. The American side dominated first two sets, winning with a comfortable advantage, but Turkey bounced back in the third and fourth part of the match, reaching their first tie-break in the competition. The fifth set was equally dramatic - Turkey began with a slight lead to lose it to USE at 7-4. The European side bounced back once again to 10-11, but USA took the last word, bringing Turkey their second loss at Tokyo 2020 so far. It was a collective work on both sides of the net, with Meryem Boz beocming the top scorer with 19 points, outplaying USA’s Jordan Thompson by just one point. Turkey’s Hande Baladin scored 17 points, while Zehra Gunes recorded 4 blocks. Captain Eda Erdem proved successful at the service line, scoring 3 aces. Despite the loss, Turkey led in attack with 59 winning spikes on her side of the net, comparing to 57 of USA. The Turkish team served better, scoring 7 aces to 4 from team USA, but Americans proved stronger at the net with 16 stuff blocks to 11 of Turkey. 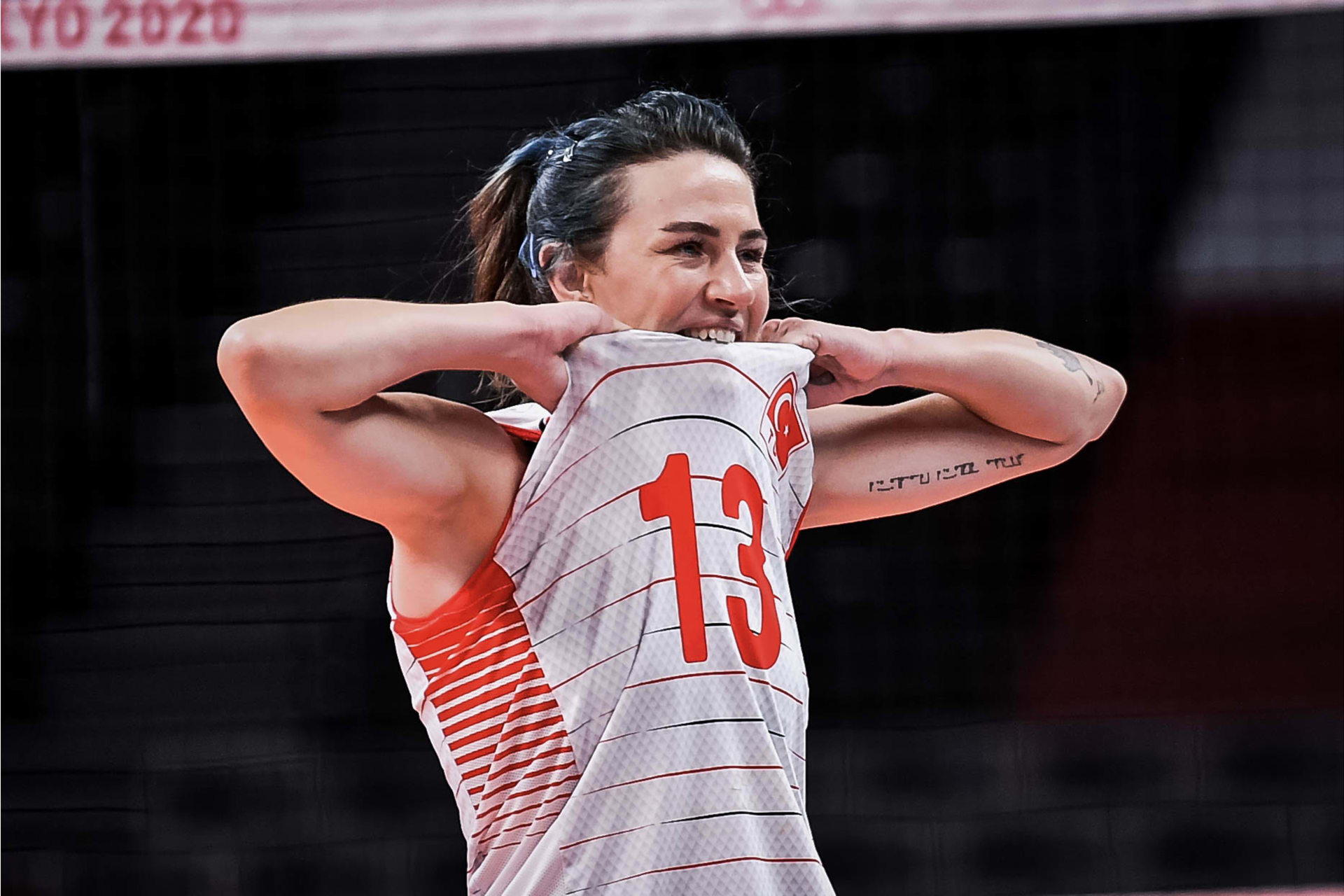 Despite the loss, Meryem Boz emerged as the leading scorer with 19 points for Turkey. [Photo by Volleyball World]
ITALY 3-0 ARGENTINA