The Next Big Thing in Volleyball: Efe Bayram

Only 19 years old, Efe Bayram of Halkbank Ankara has already made a name for himself - one of the leaders in his club, Efe has been playing a pivotal role for the good performance of the team in the CEV Challenge Cup so far this season. Finishing as top scorer of the home matches of Halkbank in the 32nd finals and 16th finals against Marek Union-Ivkoni (14 points, 71% efficiency on the spiking) and OK Bosna Sarajevo (17 points, 79% efficiency on the spiking) respectively, Bayram is led by his passion for Volleyball and dreams big. MVP of the Balkan Championship U18 in U2018, the outside spiker of Turkey might very well be The Next Big Thing in Volleyball.

Efe has been training Volleyball for 10 years now. At the age of nine, he started playing it at school with his classmates. Before joining them on the net, he used to train football, but eventually they convinced them to give Volleyball a chance.

“My friends would often come to me and ask me to practice Volleyball with them. I joined them, and after a couple of weeks, some of my teachers also approached me and told me that I have the potential and the abilities, so they invited me to train. This is how my Volleyball journey started.”

At the age of 15, Efe joins the A team of Halkbank Ankara. Bayram speaks with love for his club.

“Halkbank is such an amazing club! If we add the junior ages, I have been playing for the club for 10 years now, so I feel a part of this big family. For me, this is something really special! It was really hard in the first weeks and months, because I was so young. To be honest, it was really stressful to play at this high level with these excellent players, but after each practice, I was feeling better and better," Efe says.

" My teammates and my coaches helped me a lot, they pushed me be to be better every time! I was so proud, and still am, to be playing here! In that season, 2018/2019, we played in the Champions League, and I was the youngest player at the tournament. It was really important and unforgettable for me.”

Efe will never forget the coach of Halkbank from that season - Alberto Giuliani.

“He treated me like a good and big player. I was 15, I was a kid, but every time he would take my hand, trying to pull me up. He trusted me a lot, and I played many games in the starting lineup in the Turkish League and in the Champions League. I hope that we will have the opportunity to work together again in the future!”

This season, Halkbank are on fire in the CEV Challenge Cup so far, and to Efe, winning this tournament would mean a lot.

“Last year, we lost to the champion of Allianz Powervolley MILANO, but I believe that this season, we will claim the title. We will have really strong opponents, but this cup is really important to us, and we want to do our job right.” 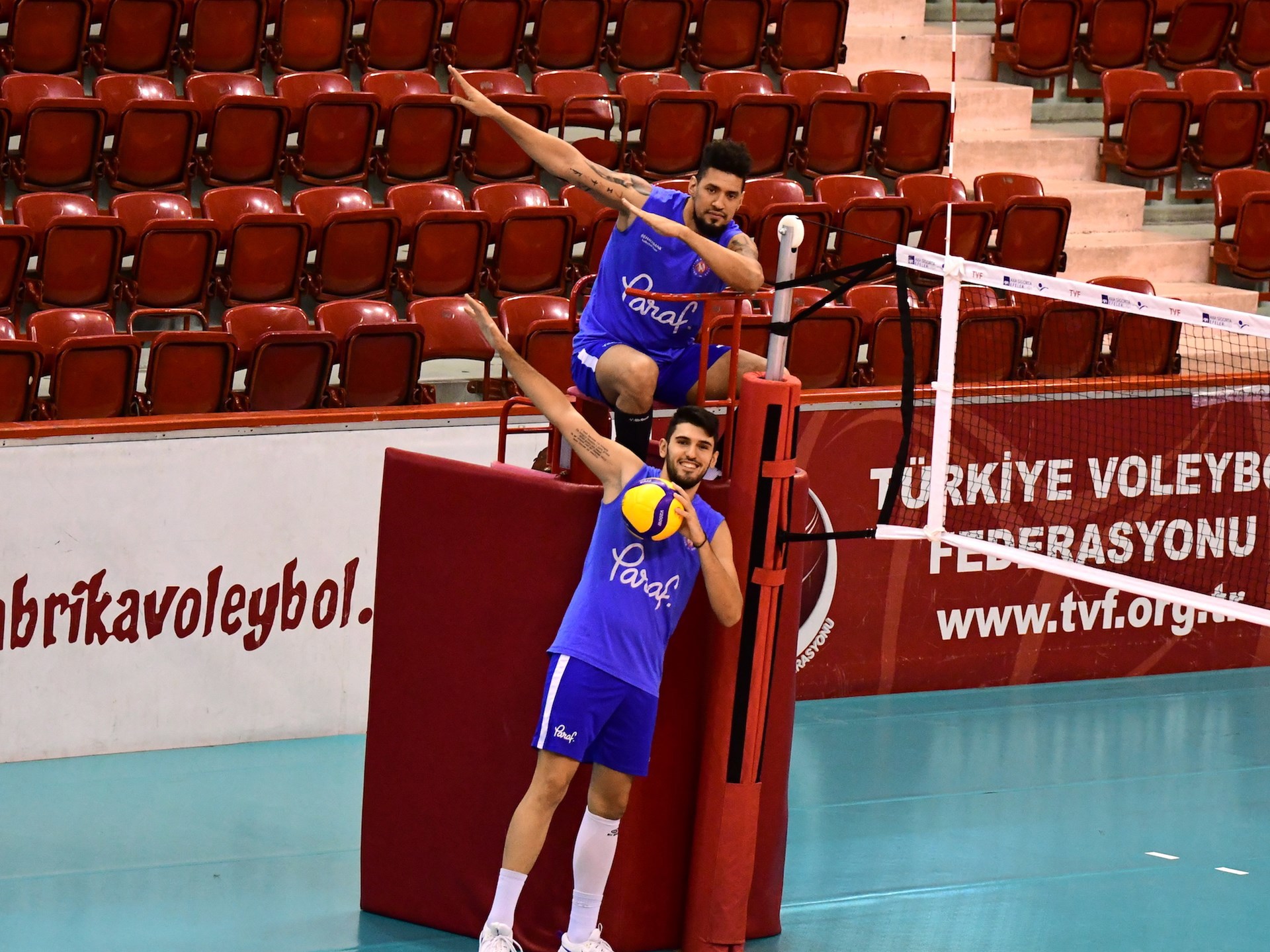 A game with the junior national team against Bosnia and Herzegovina at a Balkan Championship actually becomes a crucial one for Efe, and he takes the decision to make Volleyball his life.

Now part of the senior team, this past summer, Bayram and his teammates made quite the impression at #EuroVolleyM, beating Russia in the group phase, and being really close to repeat the success against the Serbians, who were, by then, defending champions.

“If we check the final result, maybe we can say that wasn’t that good. But I am sure that the Volleyball community saw that our team has a great potential. We are a young generation of players, and we are “hungry” to fight and win. I am sure that in the years to come, we will do wonderful things.”

The Inspiration & The Dream

“He is a role model for me. He played also in our club, so I had the opportunity to watch how he was practicing, how he was outside the court… I really like the way that he plays and his Volleyball character.”

“I have two dreams. The most important one is to play at the Olympics. In my opinion, that's the biggest dream of every athlete. And then, the other one is to play in Italy. I really want to see the level of this amazing league with amazing players.”