The 2022 edition of the Armenian Snow Volleyball Championships will be taking place from January 21-23 in Tsaghkadzor. It is already the seventh straight year that the Volleyball Federation of Armenia (VFA) is delivering such an event, thus helping increase awareness around Snow Volleyball – with more and more people showing interest in the sport with each edition. 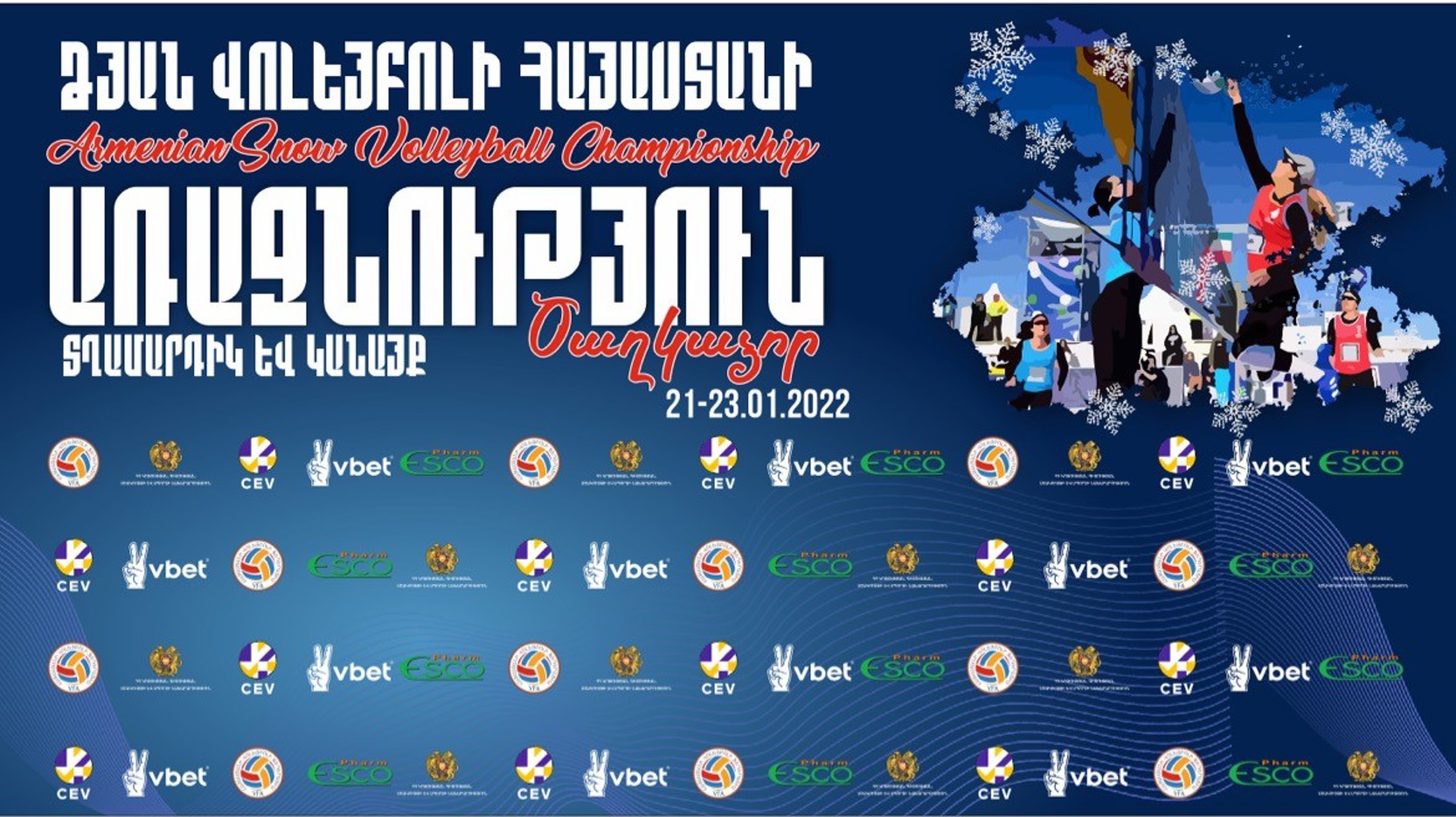 The very same venue played host to a historic stop of the CEV Snow Volleyball European Tour in late January of 2020. As for this year’s national championships, the entry lists feature 12 men’s teams and just as many for the women’s competition. Moreover, following an agreement with the Georgian Volleyball Federation, two teams from the neighbouring country will travel to Tsaghkadzor and contest the tournament as well. A prize money pot of € 600 is available.

Live streaming of all matches, held across three courts, will be available through the support provided by the championship main sponsor VBET. The VFA will provide official uniforms to all participating teams.

There will be a special entertainment programme for spectators and especially children wishing to discover more about Snow Volleyball, with the opportunity to win volleyball shirts, balls, scarves with the VFA logo and official uniforms of the Armenian national team as well.

The mayor of Tsaghkadzor, the Deputy Minister of Sports of the Republic of Armenia and a number of other sports officials have confirmed that they will be present at the championship.