If the 2022 season was arguably the busiest and most exciting ever for European beach volleyball, the continent should get ready for even more this year as the CEV is ready to build from it and deliver more elite-level events to the region’s annual schedule. 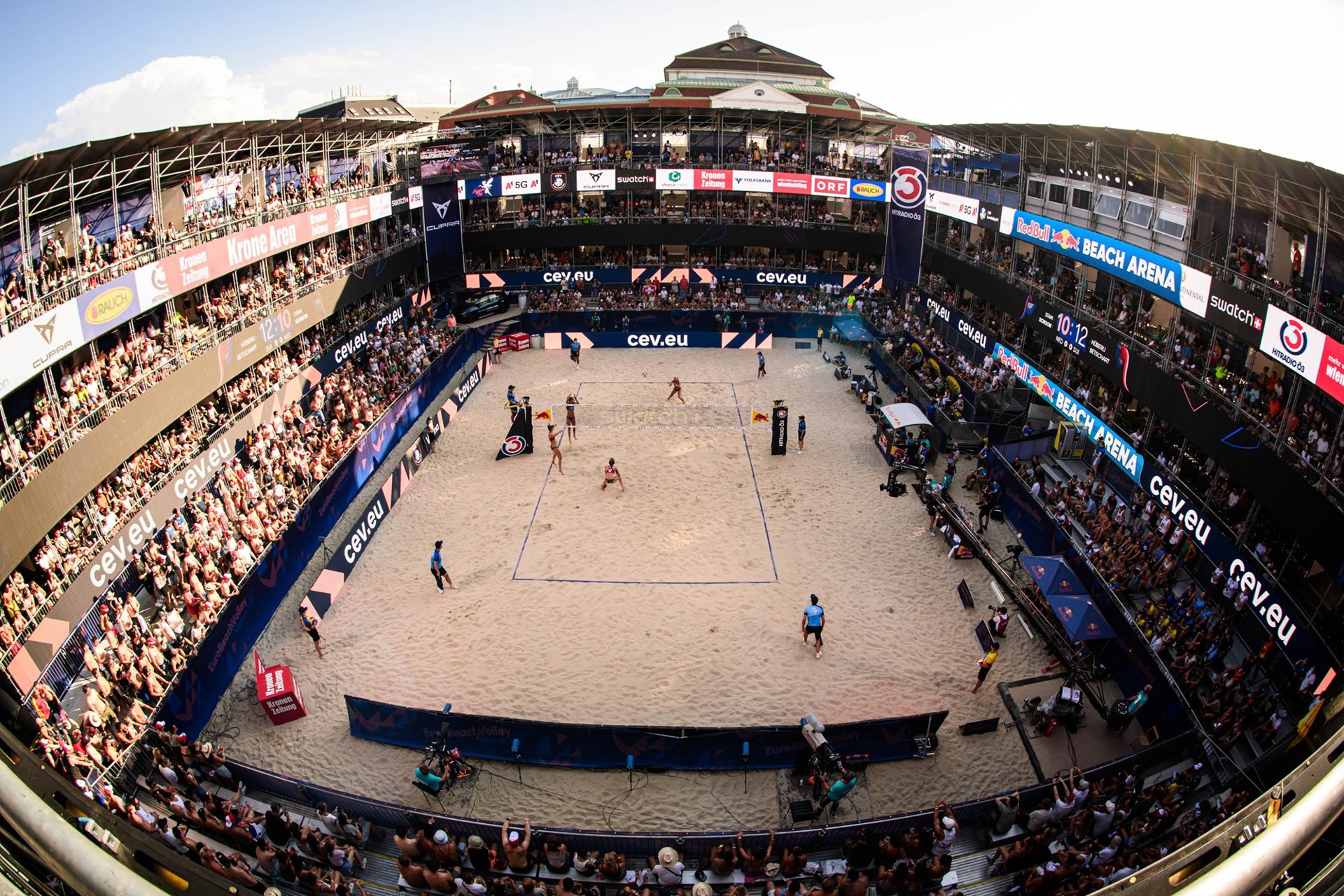 While the CEV EuroBeachVolley will continue to be the highlight of the continental schedule, the CEV BeachVolley Nations Cup will be enhanced and offer more on its second edition while the CEV Queen & King of the Court European Finals are set to make a return and provide a lot of excitement with their fast-paced, entertaining style.

After a memorable edition as part of the European Championships in Munich, the premier beach volleyball event in the continent is set to return to Vienna, making of the Austrian capital, which also played host in 2021, only the fifth city to welcome multiple editions of the tournament.

Vienna has a strong tradition in staging international beach volleyball events as the city has, in the last five years, hosted the 2017 World Championship, the 2021 EuroBeachVolley, last year’s Beach Nations Cup and multiple events of the World Tour.

The Austrian capital has the complete package when it comes to hosting events, with multiple potential locations available (including the 2021 venue at the Heumarkt and the traditional Danube Island), engaged and electric fans and a party atmosphere like nowhere else.

“Vienna has established itself as the real ‘home’ of elite Beach Volleyball and we could not ask for a more iconic city, reliable partner, and knowledgeable, passionate audience for the next edition of CEV EuroBeachVolley! This will help us capitalise on the tremendous success that our championship enjoyed in the summer of 2022 in Munich and engage with even more fans as our wonderful athletes embark on the journey that, slowly but surely, will be taking us to the Paris 2024 Olympics.” 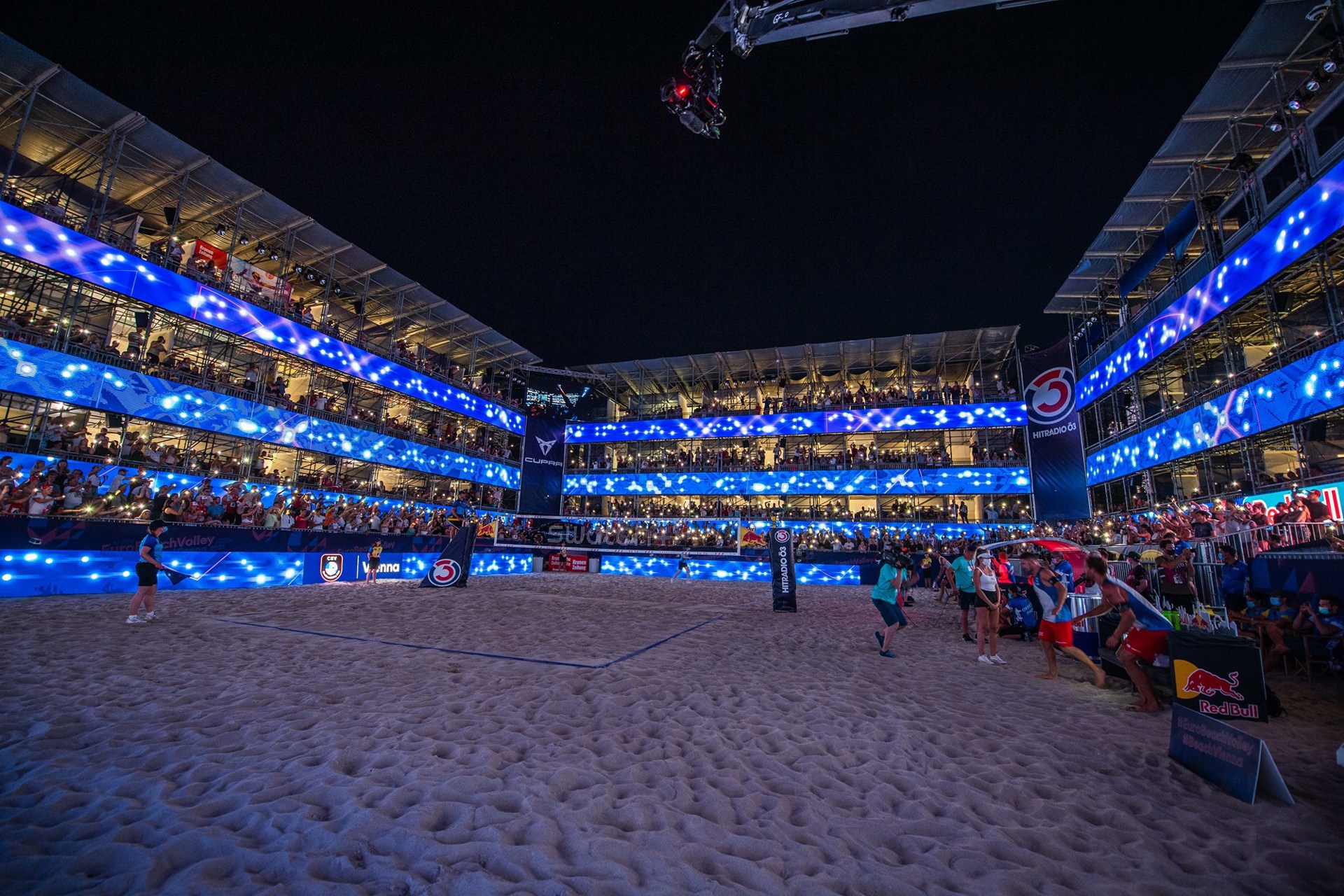 The tournament will take place from August 2-6 and will reunite the top 32 European teams in each gender, which will compete for five days for the men’s and women’s titles in the 31st edition of the EuroBeachVolley.

Among the expected attractions of the tournament are four-time European champions Anders Mol and Christian Sørum of Norway, defending champions David Åhman and Jonatan Hellvig of Sweden and Tina Graudina and Anastasija Samoilova of Latvia and nine-time medal winner Laura Ludwig of Germany.

After an incredibly successful inaugural edition, which drew around 30,000 fans to Vienna and earned the Event of Year award at the CEV European Volleyball Gala 2022, the Beach Nations Cup is set to deliver more in 2023 in every meaningful way.

Although the country vs. country format that has two teams in each gender representing their countries has been maintained, the event has been restructured and will, starting in 2023, reunite more countries, be played in multiple phases and put in play one spot per gender to join the Paris 2024 Olympic Games Beach Volleyball competition.

Every nation in Europe is eligible to take part in the Preliminary Phase and after the registration deadline, the countries entered will be drawn into pools with one of the participant countries in each pool hosting the tournament – dates and locations will be announced at a later date. In 2023, the Beach Nations Cup Final will reunite eight national teams per gender – seven qualified via the Preliminary Phase and the host country.

The top three nations in each gender in the 2023 Final will automatically qualify for the 2024 Beach Nations Cup Final – Olympic Qualification Tournament, which will also reunite four countries coming from next year’s Preliminary Phase and the host nation. The winners in each gender will secure a spot in the Paris Olympics for their countries.

The changes will provide an early start to the Olympic qualification process for European countries and will make of the Beach Nations Cup an even more important and exciting event that will add a lot to the sport in the continent.

Queen and King of the Court European Finals

Another exciting addition to the European beach volleyball calendar in 2022, the Queen and King of the Court European Finals proved they’re here to stay as the inaugural edition, held in Utrecht, the Netherlands, in a partnership between CEV, Dutch promoter Sportworx and the Dutch Volleyball Federation (Nevobo), was a tremendous success in every possible way.

The event not only reunited the absolute best players in the continent, but also provided high-level and exciting competition, with teams fighting against the clock to score points and win their pools.

The victories of Mol/Sørum and Germans Karla Borger and Chantal Laboureur left everyone in attendance and watching at home wanting more and that will come in 2023 – the date and location of the event are still being finalized.