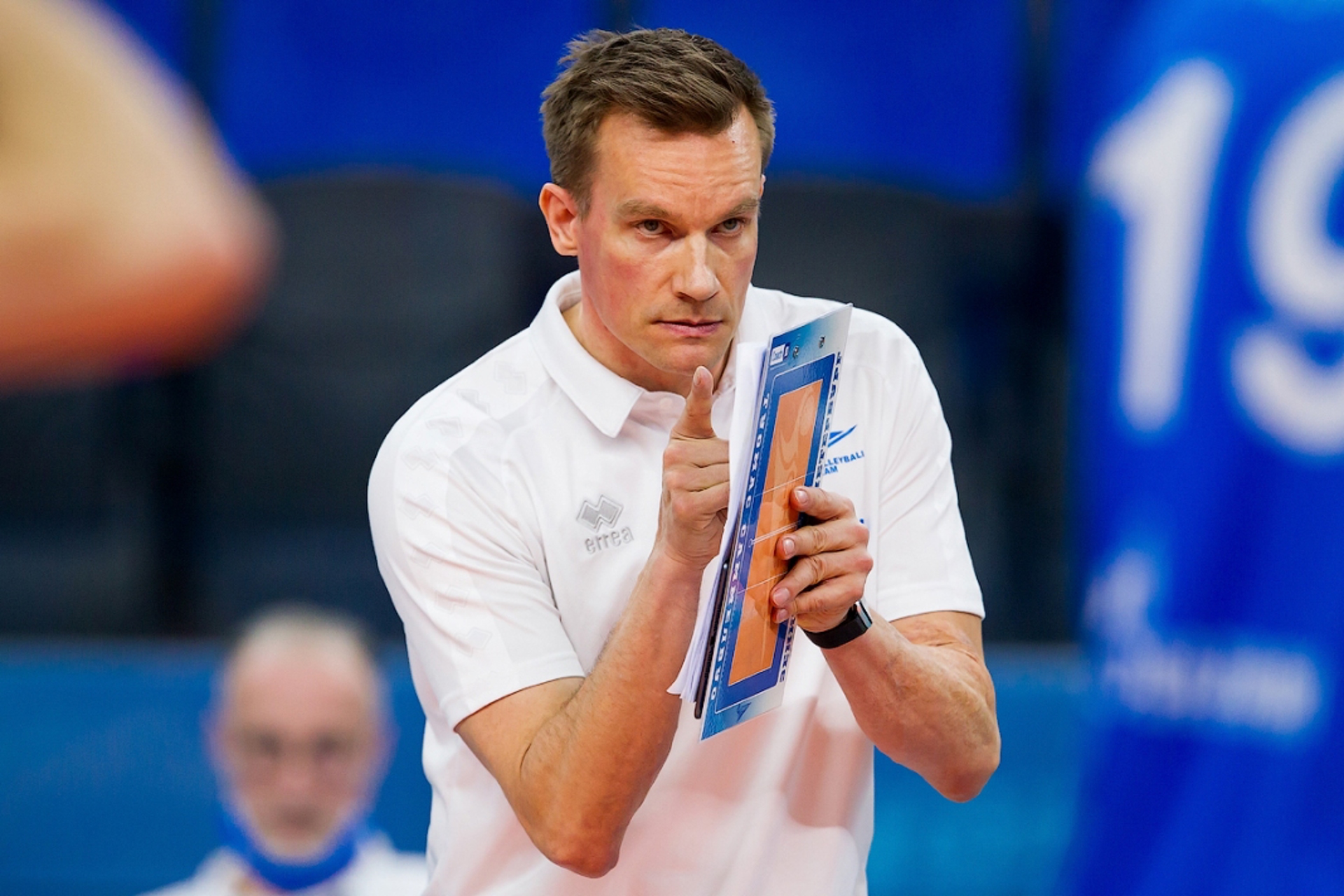 Today I present my second guest in the series, Tuomas Sammelvuo, a well-known Finnish volleyball coach, currently at the helm of both Zenit Saint Petersburg* and the Russian national team.

Sammelvuo’s successful coaching career was preceded by a successful career as a player, both at the club level and with Finland’s national team. He is, in fact, considered the most successful player in the history of Finnish volleyball.

He started his professional journey in 1993 in Finland with the team of Raision Loimu Raisio, and after winning two national titles and two national cups and making his CEV Champions League debut with KuPS-Volley Kuopio, he made his first international transfer in 1997 and played for foreign clubs for the rest of his playing career.

Sammelvuo competed for teams from France, Italy, Japan, Russia and Poland before retiring as an athlete in 2013. During that period, the 1.93-m-tall outside hitter won the 2005 Champions League title with France’s Tours. In his last season, when his Russian club Lokomotiv Novosibirsk won the 2013 Champions League, he took on the job as the head coach of the Finnish national team and pre-maturely ended his playing season, just before being able to triumph with the continental trophy for the second time.

His collection of accomplishments at the club level also includes the 2002 CEV Cup (as the third-tier European club competition was named at the time) trophy with Italy’s Noicom Cuneo, two national championship titles in France and national cup trophies in France, Russia and Italy, in addition to a number of other medals from domestic competitions.

Sammelvuo finished his national team playing career with an impressive record of 296 caps. In his youth, he captained Finland to a sensational fourth place at the 1995 FIVB Junior World Championship. At the time, he had already been a member of the men’s national team for two years, since he was 17 years old. In 1997, he became the team’s captain and led Finland’s golden generation through the end of his national team career in 2012. During that period, the team snatched silver at the 2005 European League and made a sensational historic run at the 2007 European Championship, where they reached the semifinals.

The end of Sammelvuo’s playing career coincided with the start of his high-level coaching career. He had already done some various assistant coaching duties while still competing, but in 2013 he was appointed head coach of the Finnish national team, and stayed on the job through 2018. After leading the squad to a ninth-place finish at the 2015 World Championship, Sammelvuo was named Finland’s Coach of the Year.

In 2016, Sammelvuo took over Russian club side Kuzbass Kemerovo. In his second season on the job, the team progressed to the national cup final for the second time in their history, and in his third, they became national champions of Russia, the highest ever accomplishment for the Siberian club.

Sammelvuo’s great coaching performance at Kuzbass opened the door to the helm of the Russian national team, which he took over in 2019. At his very first major tournament on the job, he took Sbornaya to the gold medals at the 2019 FIVB Volleyball Nations League. In 2021, the Finnish specialist celebrated the biggest achievement of his coaching career so far, silver at the Tokyo 2020 Olympic Games.

Shortly after winning the Russian championship with Kuzbass, Sammelvuo switched clubs to assume the head coach position at Zenit Saint Petersburg. In that role, he has so far won silver medals in the 2021 CEV Cup, the 2021 Russian Superliga and the 2019 and 2020 editions of the Russia Cup.

The 46-year-old Finn is currently leading Zenit through another Champions League campaign. They have already advanced to the quarterfinals and are looking forward to their battles with Italy’s Sir Sicoma Monini Perugia for a spot among the semifinalists.*

* At the time of publication, Sammelvuo is no longer coaching at Zenit Saint Petersburg and the team is no longer competing in the 2022 Champions League.

“I think the first thing is that I am very passionate about my job. When I started coaching, it slowly became a huge passion. And I love working with people. I love this team job, how difficult it can be, how challenging it can be, but it’s great to try to help people get better. I love this!”