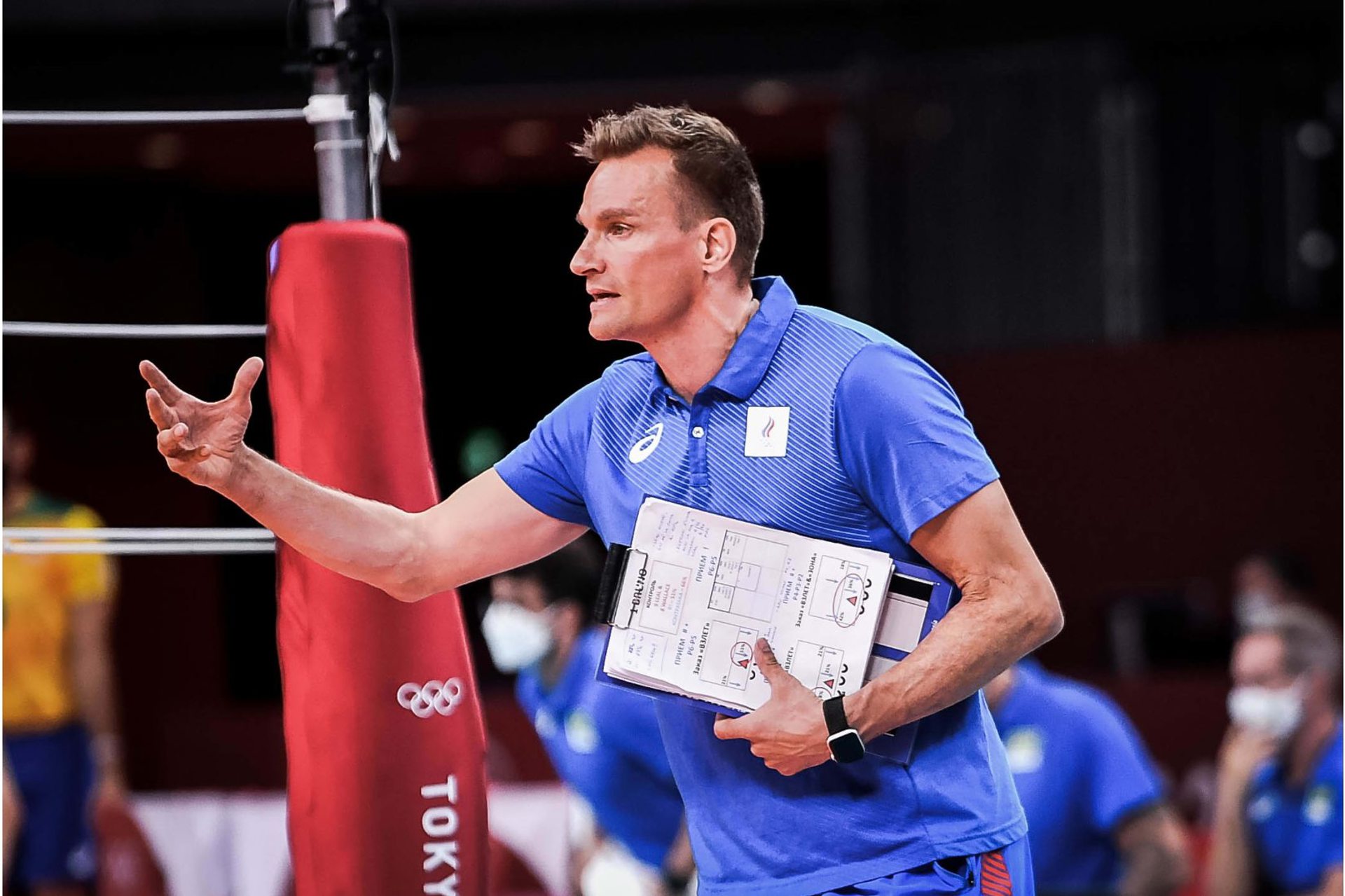 Tuomas Sammelvuo in action at Tokyo 2020

“I became the coach of the Finnish national team immediately after finishing my playing career. I had been the captain of the national team for a very long time and I already had that leadership experience inside me. In the last years of my career I became very interested in coaching. It started to be like kind of a…, I don’t say ‘goal’ because I didn’t plan to coach immediately like I did, but being the captain I was also a kind of a link between the coaches and the players. It was always something pretty natural for me. So I think it was a normal prolongation of my career. But of course, coaching is so much different from being a player, and when it happened it was a very big step.”

“Maybe I have already achieved something in my short career, but I really don’t want to think about that. The first thing I think is that I am very passionate about my job. When I started coaching, it slowly became a huge passion. And you always want to learn something new, find new ways to do things… I was also lucky to be in good teams, with great players. I speak many languages and that was also key to being the coach of Russia. And I love working with people. I love this team job, how difficult it can be, how challenging it can be, but it’s great to try to help people get better. I love this!”

Name something about the coaching profession you think the general public knows little about?

“I think what people can see about coaches are the games and maybe sometimes practices, but really the inside work of coaches is that of planning, trying to improve, managing different personalities, having responsibility of everything, what you do when at home, what is not seen on the court or at practices… You kind of are 24 hours a day inside this work. The days can look the same for the people outside, but even if the daily schedule is the same, they are always different for the coaches, so this is very interesting.”

“I think volleyball is the most team sport in the world. I try to teach everybody and make everybody understand how important the team is. It doesn’t depend on you; it depends on what we can do all together, in every kind of way. What it means to be a team – this is the main thing that I am very passionate about and I try to teach all the teams that I coach. It’s easy to say it like this, but there is so much to it!”

“The decisions during the game are based on intuition, understanding the moment and being in control of the situation. For that, I have to control myself and my emotions. I try to prepare myself for the games and I think I am pretty good at closing away completely everything that is outside, when there is a game. I also do meditation for myself, so I can control my emotions, and so I can make fast decisions under big pressure. For sure, I have to get better at that… I just try to control myself, feel our team and make the fast decisions that need to be made.”

“Timeouts are really important and, again, I have to be in control of myself. I try to pick something to say or just let the players rest a little bit and go back into the game. Timeouts are often important for that. Before, when I didn’t speak so well Russian, for example, I tried to imagine what would happen during the game and prepared what I would have to say in the different situations. Nowadays it already comes very naturally, so I no longer have to spend time to prepare for this before the game. I think it’s a lot of knowing the team that you coach, giving space for some leadership on the players’ part, and you have to understand the situation, the emotions, and so on…” 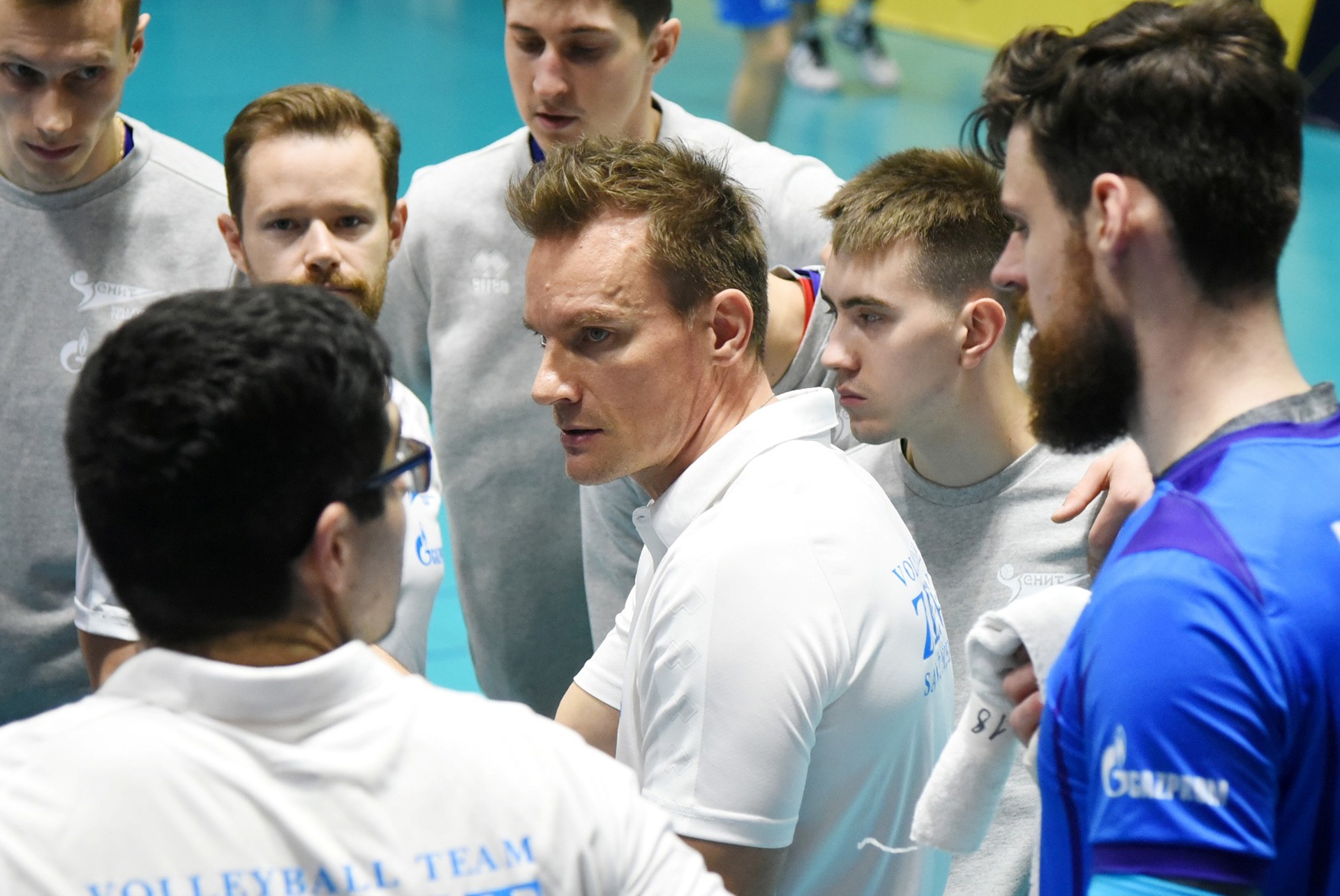 What is the right balance between pointing to players the mistakes they've just made and keeping them positively motivated for the rallies to come?

“I think everybody gets tired if they only hear negative feedback, but I think everything needs to be honest. The coach needs to know what he is talking about. Correcting or criticizing the player doesn’t have to be taken personally. We are trying to improve the players, but the important key is to give the player positive feedback, when he makes steps towards doing what we want: ‘Bravo! This is the way!’ And with some technical things, we have to find the key words, the key things to make them better. And we don’t have to talk all the time… If we talk too much, we can lose the sense of what we are trying to say. This is a very important and interesting question and the answer is - you have to do both, and understand the situation when, what and so on.”

“I don’t use any strict rules. Of course, we have some rules for clothing and things like that, but everything is based on trust. I am trying to build trust. Our rules and our standards are on the court, in our work, but in the free time I don’t really control the players. It doesn’t mean that we don’t care what they do, but I think when you choose the right people, the right characters, you will have good professional players. It doesn’t always happen, and if there are some problems, of course, we have to resolve them.”

“Yes, absolutely! I follow many coaches. I just love watching other coaches speak and give interviews, and I am trying to learn. I love Gregg Popovich, the head coach of San Antonio Spurs in NBA basketball. I like watching football coaches, many volleyball coaches, for example Julio Velasco… He is, of course, a great role model. Lately, I listen to the podcast of Mark Lebedew, the head coach of Friedrchshafen. It is a really great one! Glenn Hoag has been a big role model for me. When I started my coaching career, he helped me in the beginning and it was a great help. The main thing is, I love to learn from other coaches.”

“I try to do something else – watch movies, go for a walk outside… I like to work out, so I go to the weight room or outside jogging, if the weather is OK. To keep myself in a good shape is really important for me. A lot of energy is needed in this job. I go to the theater and do other cultural things, I eat at some good restaurants… Those are the things that I like to do between practice and games.”

How do your jobs at Zenit* and the Russian national team compare with each other? What are the pros and cons of coaching both teams?

“Of course, coaching two teams is tough. You have to be in control of both situations. But what helps is that both jobs are in the same country, so the two jobs are in a way helping each other. Time is limited and you don’t have enough time to rest when you have two jobs, so that’s a little minus. But on the other hand, you are in coaching all the time, you are in action and you learn by doing. What I miss is having a little bit more time to see other coaches’ work. It’s been like this for many years in a row, so I’m used to it, but I really need to keep myself in good shape to have the energy to do that. You have to have good people around you to help you, and I think this is the main thing.”

* At the time of publication, Sammelvuo is no longer coaching at Zenit Saint Petersburg.