CEV U20 Beach Volleyball European Championships is an annual continental championship for players under the age of 20 throughout the calendar year, in which the event is organised. The right of participation among the 32 main draw teams is based on host country quota, the CEV U20 Country Ranking and possible qualification games played on the day before the main draw starts. The championship was launched in 1996. 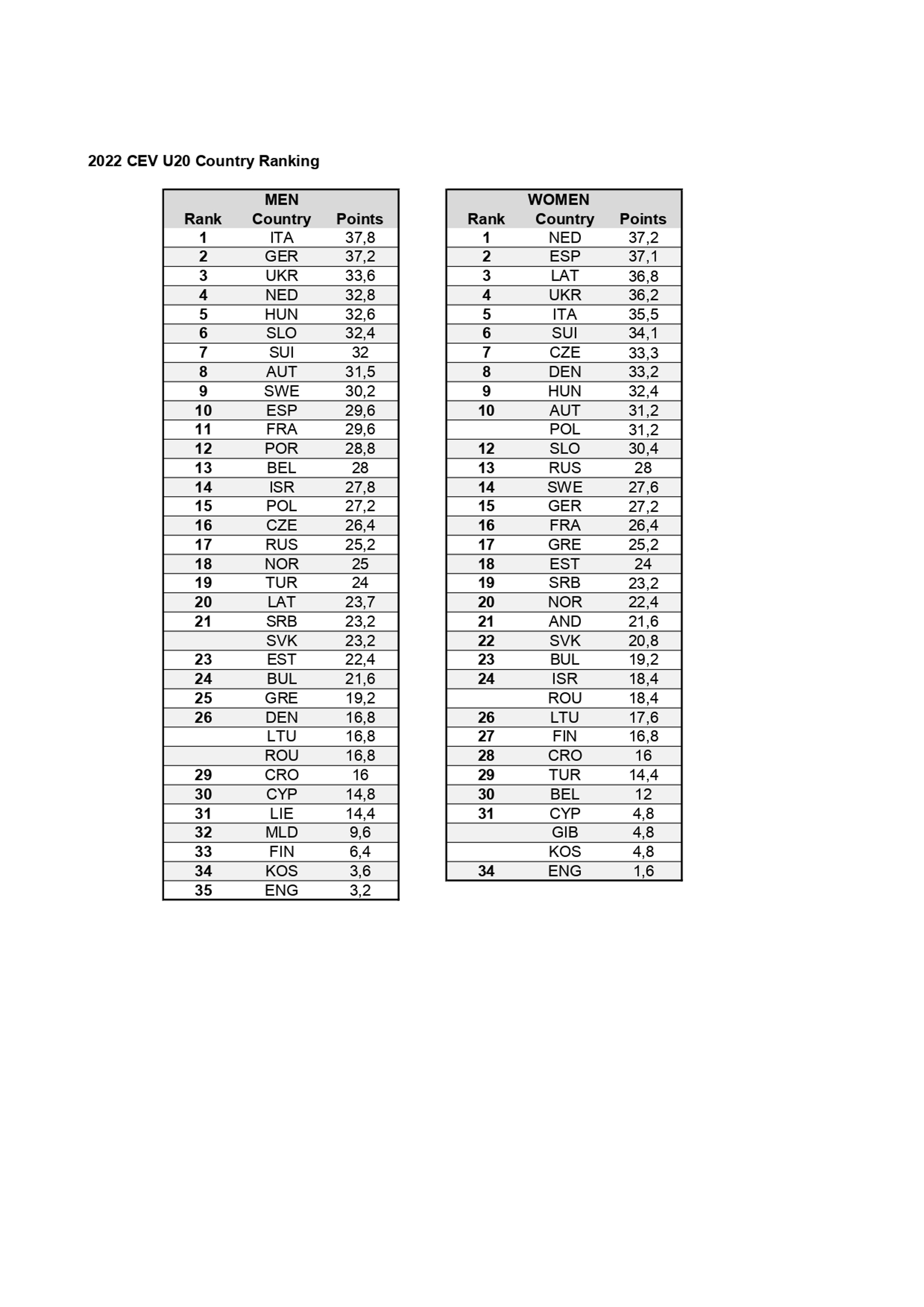