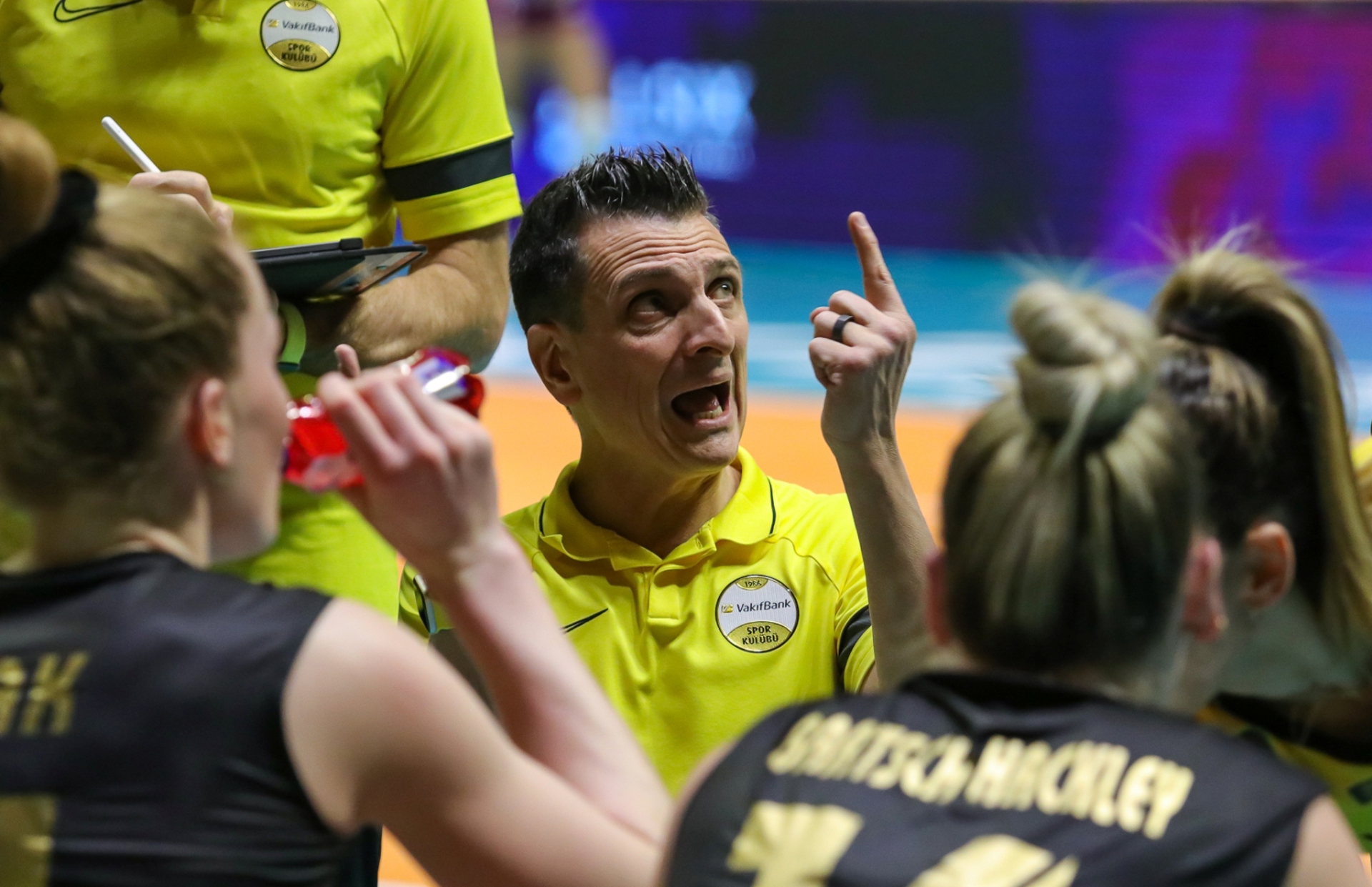 Today I present my third guest in the series, Giovanni Guidetti, arguably the most successful coach of the 21st century in the world of women’s volleyball, a 49-year-old Italian specialist, currently at the helm of both VakifBank Istanbul and the Turkish national team. His coaching career so far has led him on an incredible journey of achievements on both club and national team levels, with a promising outlook for more success in the future.

Descending from a family of coaches, Guidetti was born in Modena in 1972. He started his coaching career in 1994 as an assistant coach at the second-division team of Volley 2000 Spezzano and as soon as he got promoted to the head coach position a couple of seasons later, he led his squad to promotion into the top division and then to the semifinals in their very first season in Italy’s elite.

After a short coaching adventure in the United States, Guidetti returned to his home country to take over Metodo Minetti Vicenza and lead the team to winning the Supercoppa and reaching the semifinals in both the national league and in the CEV Cup, as Europe’s third-tier continental club competition was named at the time. In 2005, as the head coach of Bigmat Kerakoll Chieri, he celebrated with the Top Teams Cup trophy in the second strongest club tournament.

Guidetti signed with VakifBank Istanbul in 2008 and that move proved crucial in both his coaching career and personal life. He has been coaching the Turkish powerhouse ever since (with his contract now extended to 2024), picking up numerous trophies of the highest level. He also created a family in Istanbul after getting married to one of VakifBank’s players, Bahar Toksoy.

Under Guidetti’s guidance, VakifBank became the most decorated club in the history of the FIVB Women’s Club World Championships, claiming four titles (2013, 2017, 2018, 2021) within a total of seven podium finishes. They also made it to eight CEV Champions League finals, including next month's 2022 Super Final in Ljubljana, and celebrated as continental champions four times (2011, 2013, 2017, 2018). 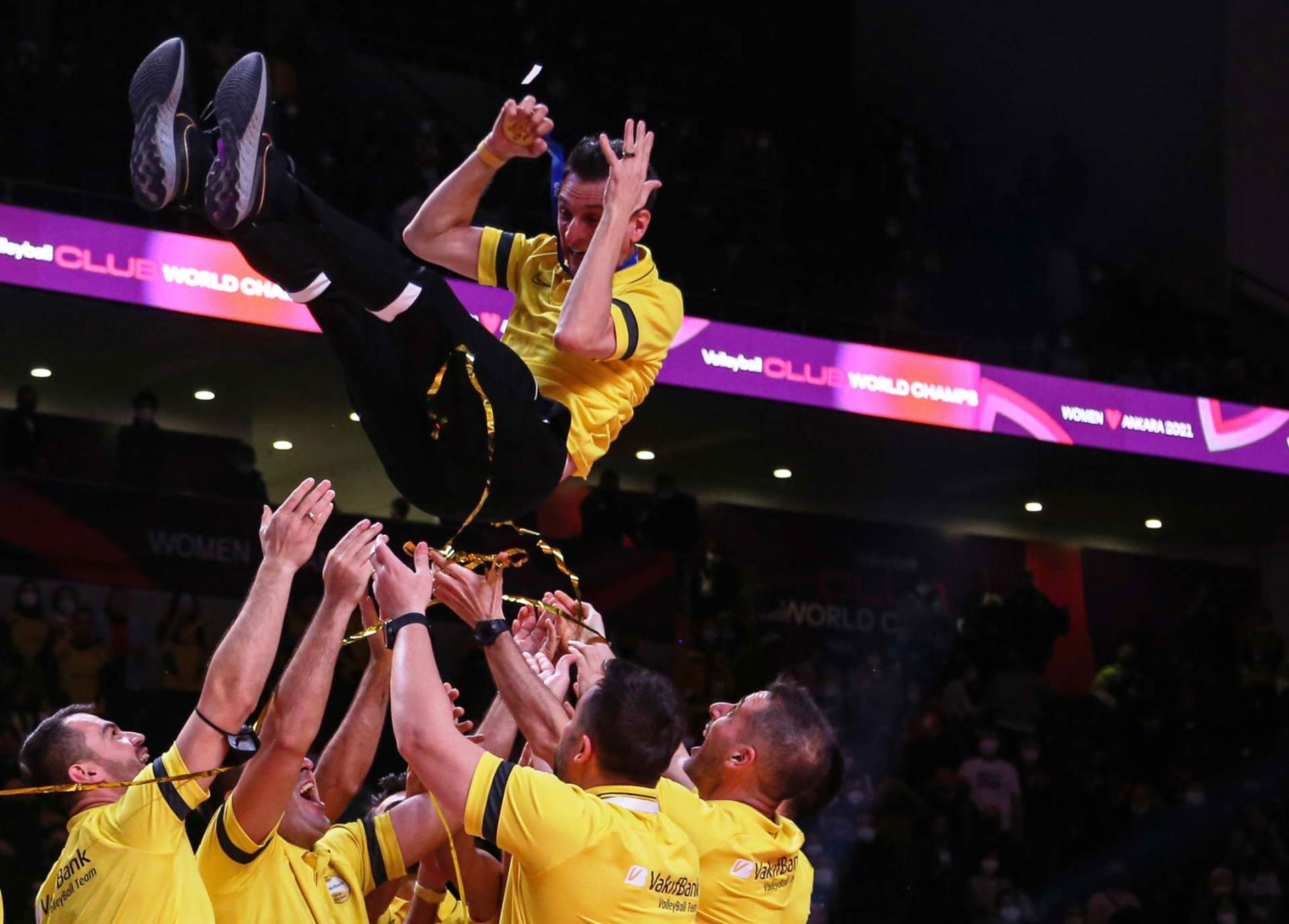 By winning their third world title VakifBank registered their second Guiness world record and beat that themselves by winning a fourth one last December. The first time they broke a Guiness world record was back in 2014, when Guidetti’s squad finished a streak of 73 consecutive volleyball victories in all competitions.

In 2003, the Italian specialist took on his first national team assignment, coaching Bulgaria to the seventh place at the CEV European Championship that year.

Guidetti head coached the German national team for almost a decade, from 2006 to 2015, and managed to lead the team to an FIVB World Grand Prix bronze, two EuroVolley silvers and a gold and a silver in the CEV European League.

Then he took over the national team of the Netherlands for a couple of seasons. In addition to achieving another World Grand Prix bronze and another EuroVolley silver, Guidetti steered the Dutch to the semifinals of the Rio 2016 Olympics.

Guidetti has been the head coach of Turkey’s national team since 2017, navigating them to a silver and two bronze medals within the three most recent editions of the European Championship. They also reached the semifinals of all three editions of the FIVB Volleyball Nations League and picked up two medals, a silver and a bronze. Under Guidetti, Turkey qualified for the Olympic Games for only the second time in their history and registered their best result so far by reaching the Tokyo 2020 quarterfinals.

“I believe that being a good person will help you in all areas of life. Dealing with everyone one on one and making them feel that you really care will not only move you forward as a leader, but also increase your team's trust in you. Key points of coaching are harmony and stability. It is my job to bring everyone together to a common point and aiming at the same purpose. If you can make everyone feel this sense of attachment to a dream, you can see that all people work together much better.”