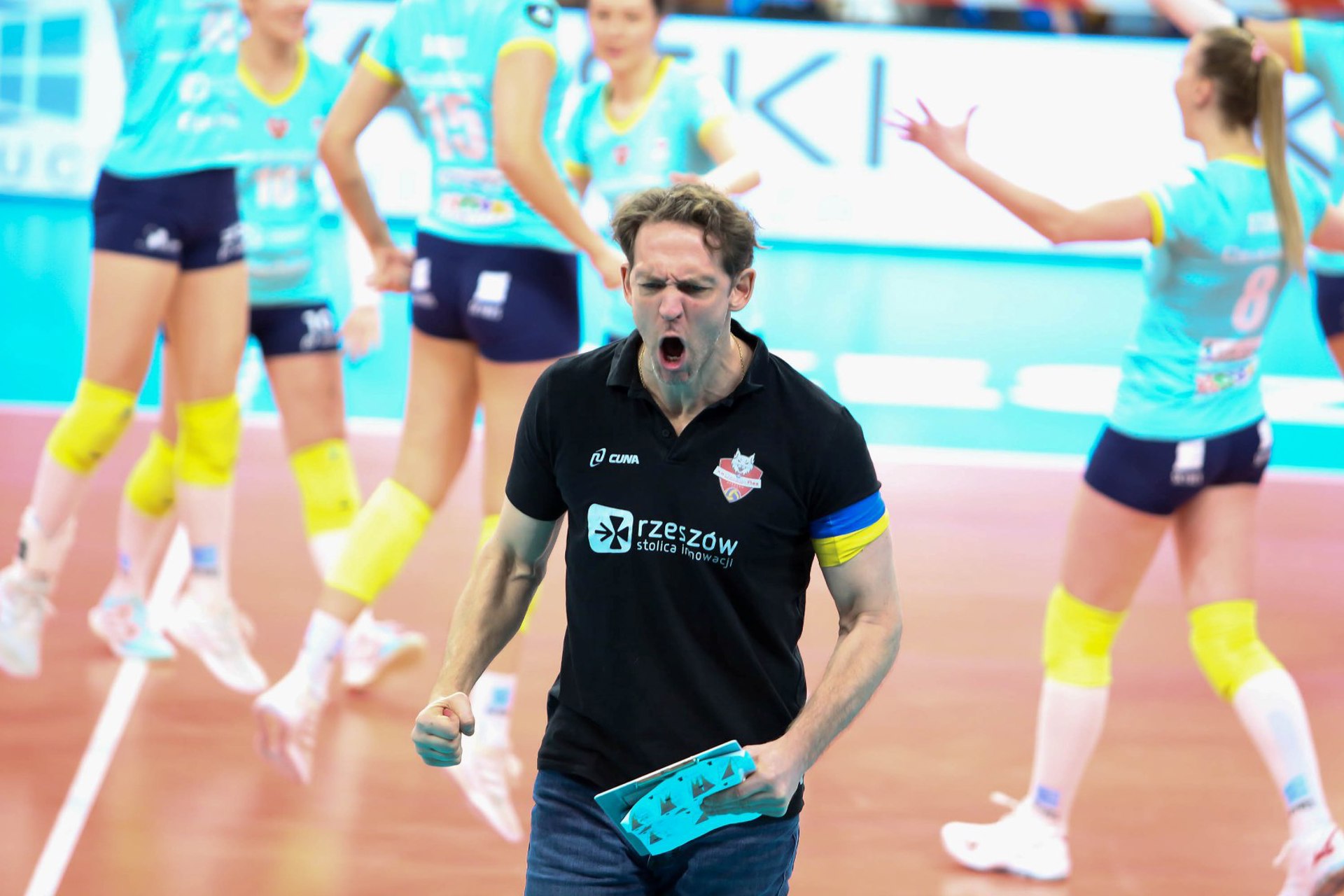 The fourth episode of the series features Stephane Antiga, the French volleyball star, who led the Polish men’s national team to the world title during his first season in the coaching profession, and currently heads the Polish women’s club team of DevelopRes Rzeszow. Here is the full interview he gave for cev.eu.

“I think it was something natural. I stopped playing when I was 38. But when I was about 32-33, I started wondering more and more why we were doing the things we were doing at practice. Previously, I had just been following the coach, but not thinking so much about why we were doing something. I was maybe 35, when I first said to myself that I would like to be a coach in the future.”

“Work. A lot of work, hard work, smart work… Watching a lot of games, watching good coaches’ practices, speaking with them… But maybe it’s best to talk to my ex-players, because it’s difficult to talk about myself.”

Name something about the coaching profession you think the general public knows little about?

“A lot of people are surprised when we speak about the plan, about the so many hours spent outside the court. Some friends and family and even some players imagine that a coach is just on the court with the players and nothing else. But if you want to do well, you need to spend a lot of time preparing your practices, preparing the game plan for the next match, speaking with your players, analyzing, sending feedback… It’s all a pleasure, but it takes time. So I think that’s one thing maybe the fans and the general public don’t know about coaching. As a player, I was able to disconnect when I got home, even though I love volleyball. As a coach, I have a much harder time trying to disconnect. When I come home after work, I am still thinking about my day or about the next days.”

“First of all, I want my players to play nice volleyball. Then, I also want my team to be able to adapt to any opponent, to find solutions… That means also to avoid the ‘bad day virus.’ Some teams or players sometimes say, ‘oh, it was a bad day!’ I don’t want that. If the serve is not going well, then we do it differently, we play tactical. If the spike is not going well, then we stay patient and compensate with block and defense… We have to adapt to any problems, search and find solutions. Most of the time, my teams are not losing 3-0, not having a zero-performance day, but always fighting and trying to find solutions. Individually, I like to help the players to think for themselves and find their own strategies.”

“It’s a mix between analysis, instinct and knowing your team perfectly. It is a bit weird. I used to write on my board the information I would like to communicate to the team, but sometimes after one or two actions it was not relevant anymore. We have some tools, like statistics, to evaluate the performance of a player, but you also need to know what everyone can bring to the team, which players are ready to go from the first point and perform under pressure. And you need patience. For example, even if a player is playing a bad game, but you know by reading the body language or the face expression that he or she is still into the game, you can be more patient. But sometimes you can just read on their face that a player is too stressed and after just two mistakes he or she is already out of the game. So by knowing your players you can make different decisions. They also need to feel that you trust them. Another reason you need to know your players well is that some need to hear some nice words, while others need to be provoked or benched for a few rallies in order to wake up. And of course, your tactical choices also depend on the opponent.” 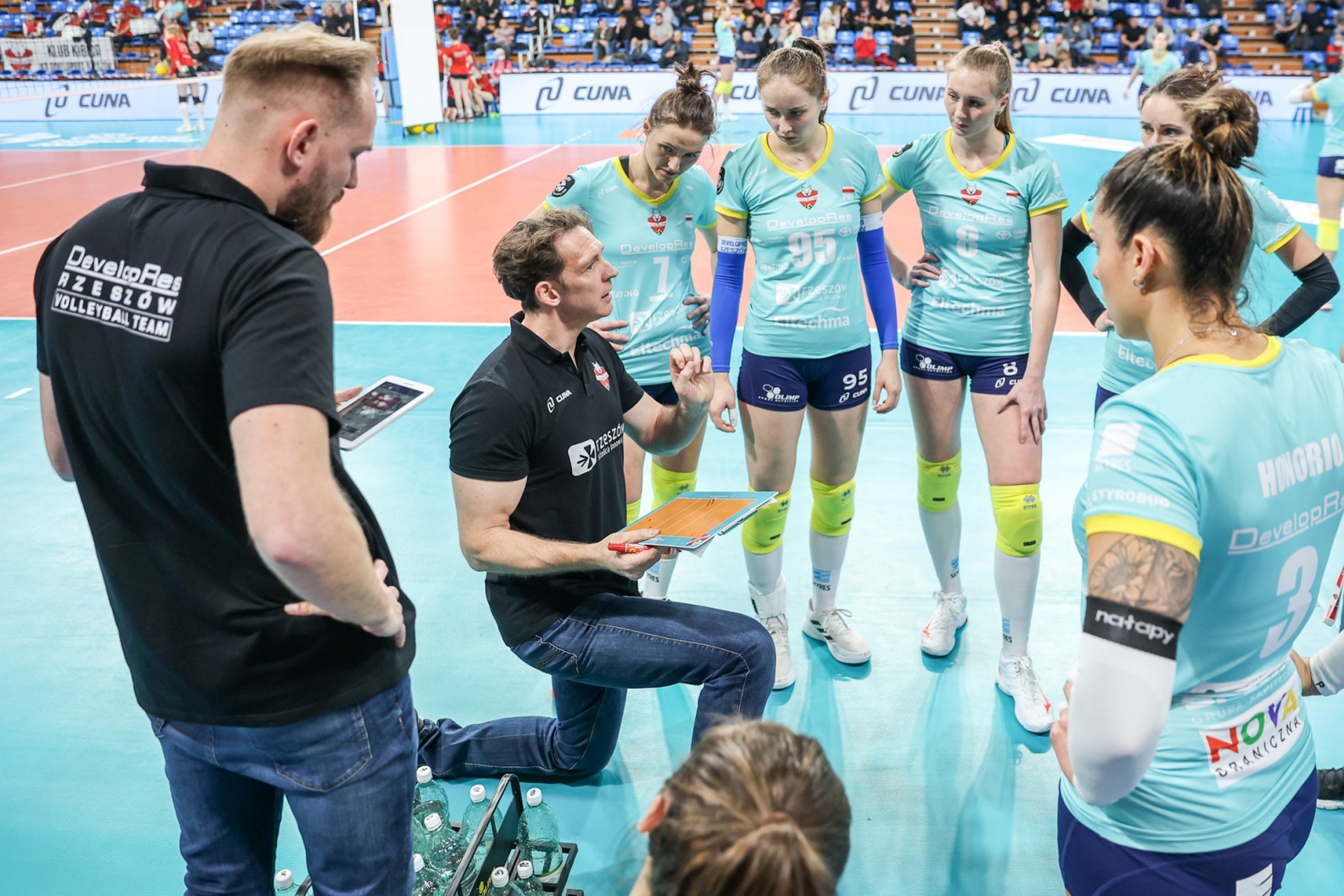 “All players should be able to understand basic volleyball-related terminology about strategy in the language spoken. I think this is something important. The players have to make this effort to understand the coach. But sometimes a coach can just draw on the whiteboard, not only because of the languages, but also because it is too loud. It could be much more helpful, especially with players who are more visual.”

What is the right balance between criticizing the players for the mistakes they've just made and keeping them positively motivated for the rallies to come?

“I try to speak about mistakes only when it’s necessary in order not to reproduce the same mistake. Don’t focus on the mistake, but just use it to understand better what your opponent is doing, to change something and to be ready. Mistakes are something we all try to avoid, but there will always be some of them. So I try to have them not think about the mistakes, but think about the next action.”